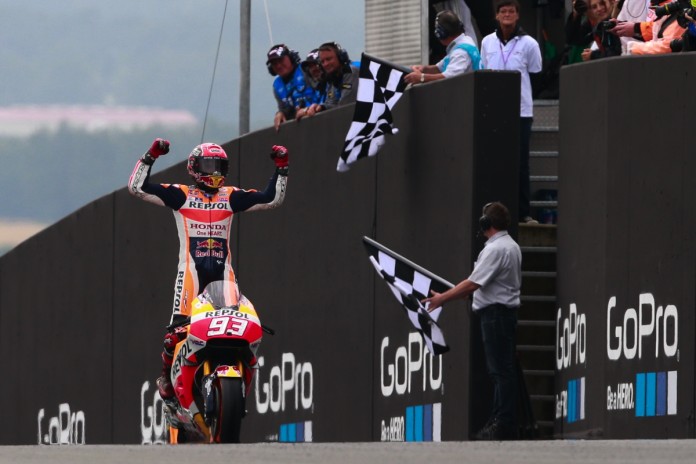 Mother nature once again wreaked havoc as Round 9 of the 2016 MotoGP championship got underway in Sachsenring for the 2016 GoPro German Grand Prix.

The weekend got off to a relative dry start, but torrential downpour on Sunday incubated yet another drama- and incident-filled raceday for all three races. Here’s what transpired.

MotoGP
Despite scoring pole position, Repsol Honda’s Marc Marquez didn’t have the initial advantage with the wet race start that ensued. Marquez struggled with his wet weather spec factory Honda RC213V initially and dropped down as low as 14th on lap 18. 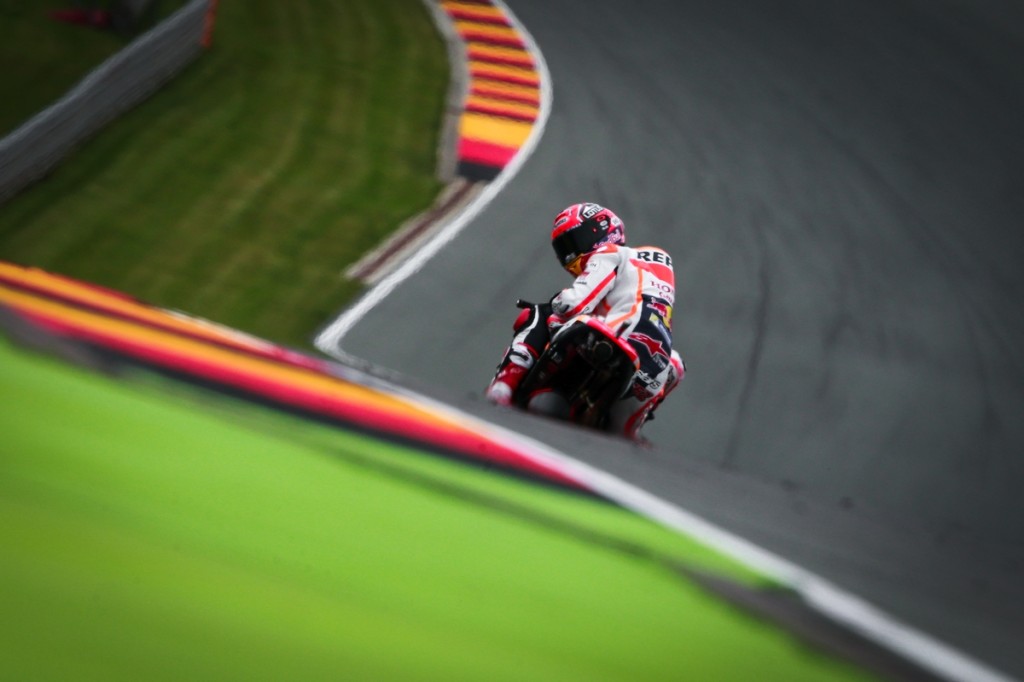 However, the Repsol Honda team’s gamble at pitting Marquez in earlier than the rest to swap for a dry weather-spec machine paid off brilliantly. With slick tyres and carbon brakes primed, Marquez was able to capitalise on the drying track conditions in the second half of the race. 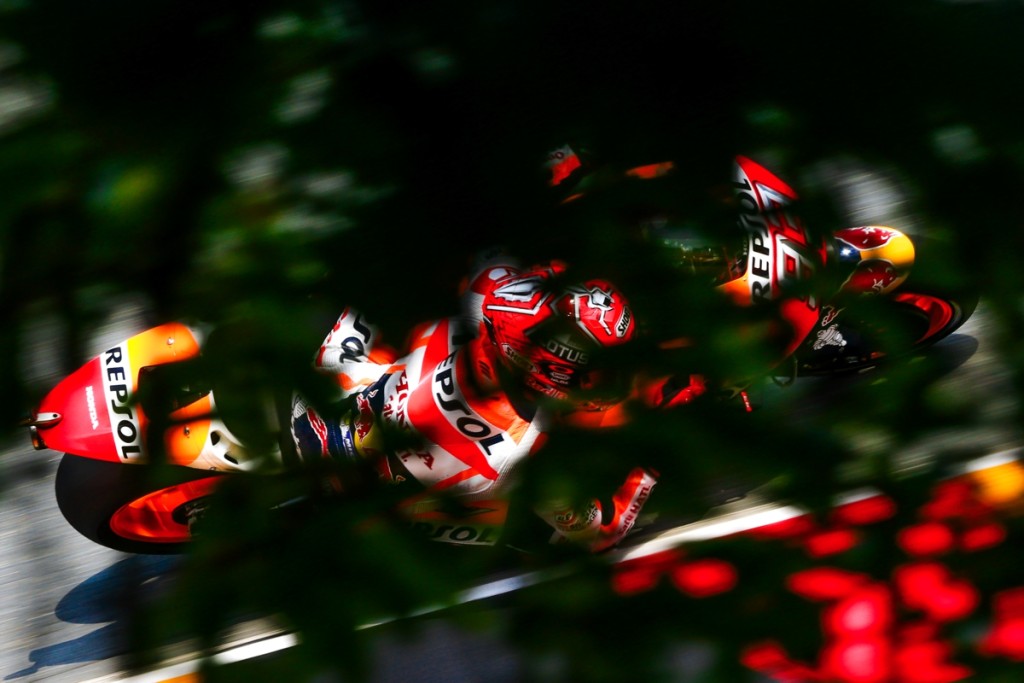 Aiding the Spaniard here was the bad gamble taken by the initial lead group of riders. Comprised of title challenger Valentino Rossi, Andrea Dovizioso, Jack Miller and Scott Redding, their move to stay out longer on their respective wet weather machines proved disastrous and allowed Marquez to catch up easily. 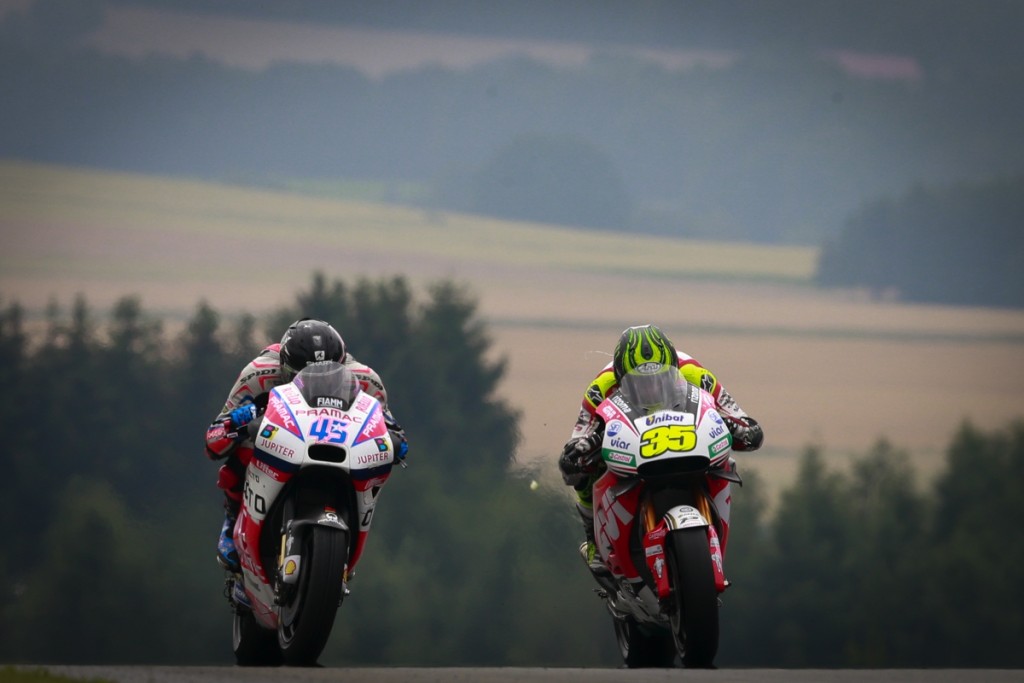 Marquez eventually won the flag-to-flag race and kept yet another 100% course record,this time in the Sachsenring circuit as he charted his his fifth MotoGP race win in a row there. Taking a sensational second place finish after using a similar strategy as Marquez’ was British rider Cal Crutchlow astride the satellite LCR Honda machine. 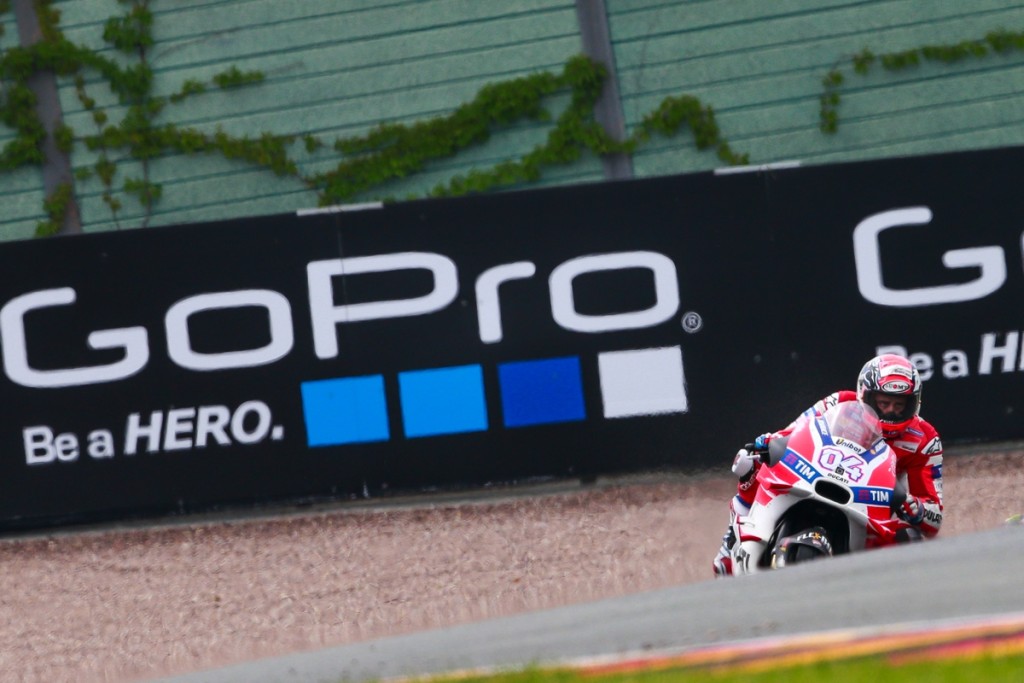 The weekend was disastrous for the Yamaha-powered teams, especially for leading factory riders Rossi and defending champion Jorge Lorenzo. Rossi settled for eighth as a result of the bad race strategy gamble he took. Lorenzo, on the other hand, struggled for pace all weekend again after qualifying 11th qualifying and finished the race in 15th place. 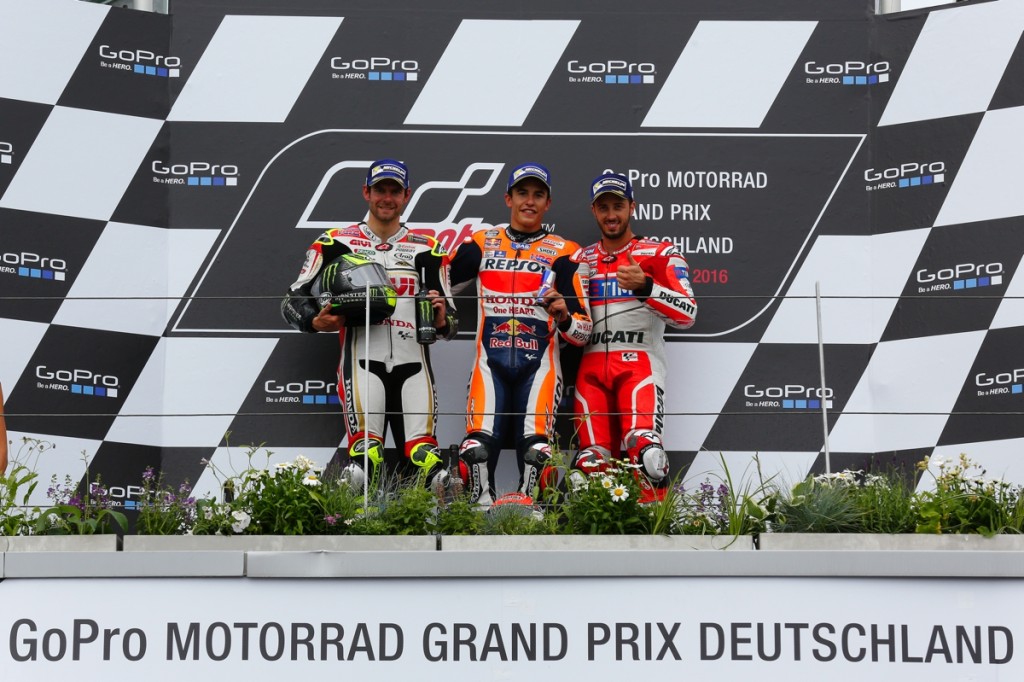 With the season at its halfway point now, Marc Marquez has the advantage. he leads the standings with 170 points amassed so far and holds a huge 48-point lead over Lorenzo in second with 122 points. Rossi is a further 51 points down in third with 111 points.

Moto2
Though MotoGP benefitted with improved weather conditions in the second half of its race, both the supporting Moto2 and Moto3 classes were plagued with rain, causing plenty of incidents and riders crashing out. Coming out on top here though was defending class champion Johann Zarco yet again. 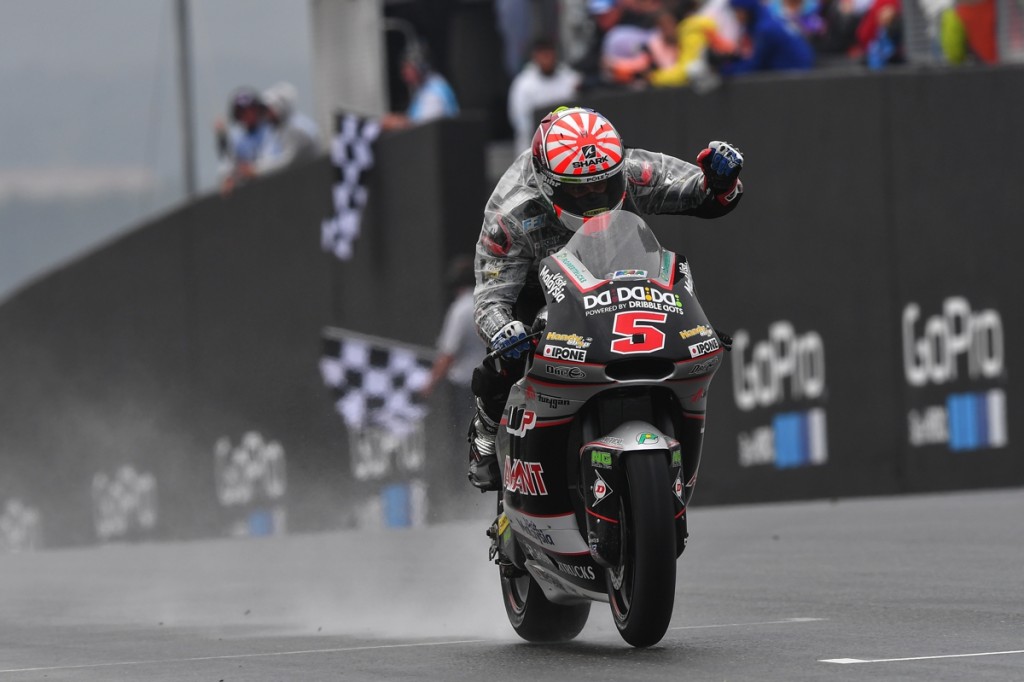 Astride the Ajo Motorsports Kalex machine, the Frenchman stole what would’ve been a sweet home race victory for German rider Jonas Folger astride the Dynavolt Intact GP Kalex machine who eventually settled for second. Spaniard Julian Simone completed the podium after finishing third astride the QMMF Racing Team’s Speed Up machine. 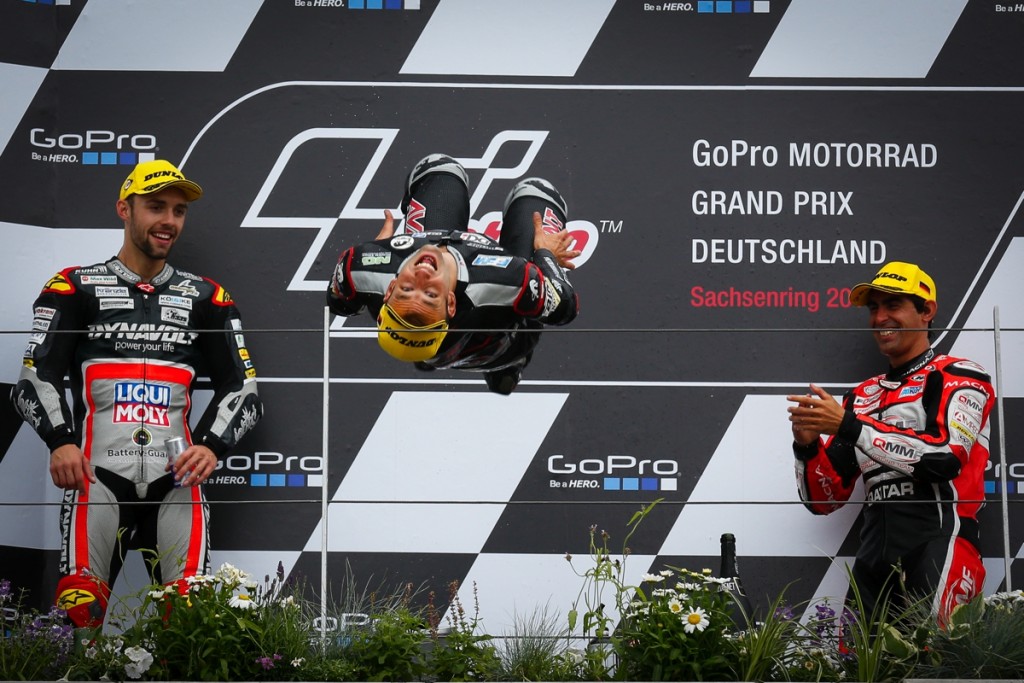 With the season halfway done, Zarco looks on course to defend his Moto2 title with 151 points scored so far. He is 21 points clear of Spanish rider Alex Rins in second with 126 points. Britisih rider Same Lowes, on the other hand, ranks third with 121 points – 30 points down from Zarco. 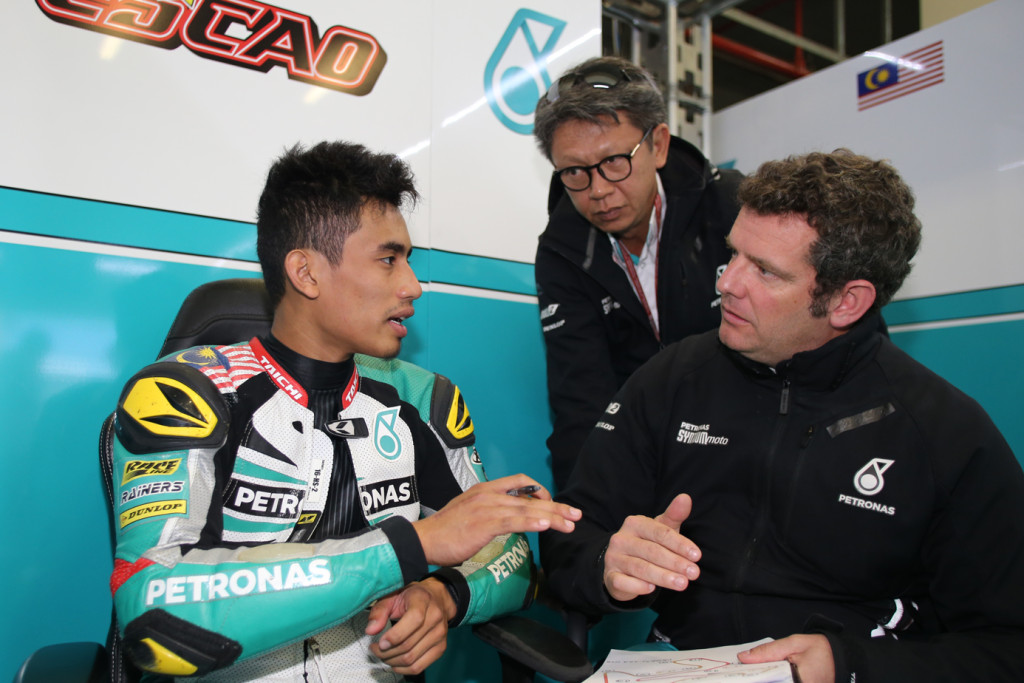 For Malaysian rider Hafizh Syahrin, Germany proved to be a struggle too big for him. Nevertheless, Hafizh finished in a respectable seventh place after starting from 11th. Having collected some valuable points, Hafizh now sits seventh in the standings with 69 points scored so far. 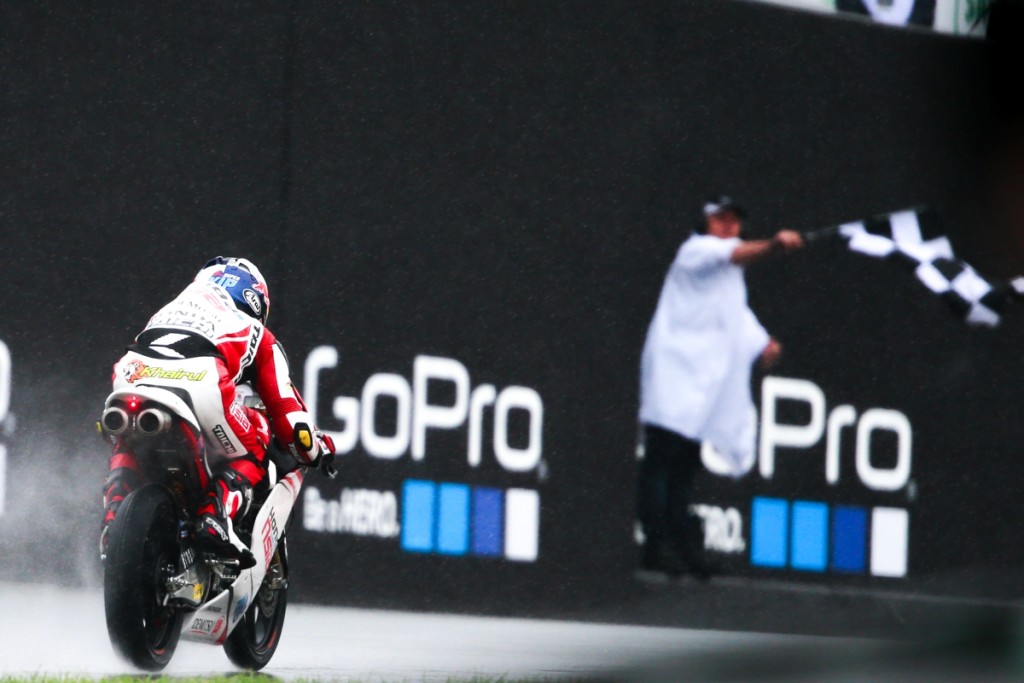 Click here and find out how this 17-year-old native of Perak heroically rode from his 20th place starting position and took his second career Moto3 win with a scarcely believable gap of 11.131 seconds 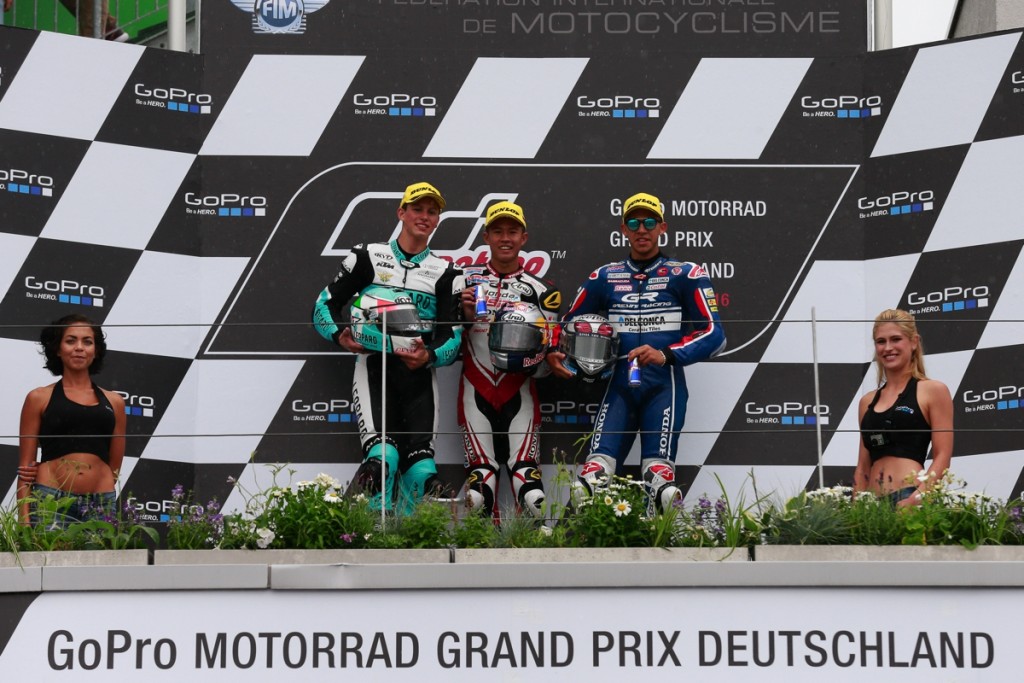 Flanking Khairul on the podium were Italian riders Andrea Locatelli astride the Leopard Racing KTM machine in second and pole-sitter Enea Bastianini who finished third astride the Honda-powered Gresini Racing Team’s machine.

Round 10 – Austria
MotoGP will go on a 25-day summer break before kicking off its second half by returning to the famed Red Bull Ring (formerly the A1 Ring) for the NerGairdini Austrian MotoGP weekend. Round 10 will also be the debut stage for the factory-backed KTM MotoGP team and its KTM RC16 GP machine.

The Austrian GP will be held from August 12 to August 14. As usual, broadcasts of raceday on Sunday begins with Moto3 at 5pm*, Moto2 at 6:20pm* and the premier MotoGP class’ running at 8:00pm*.