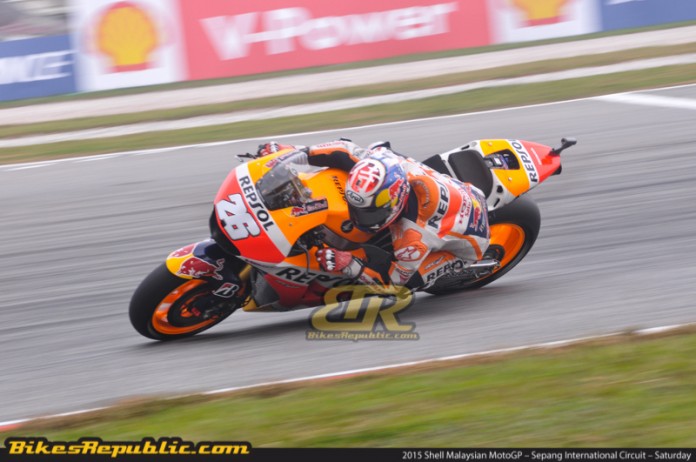 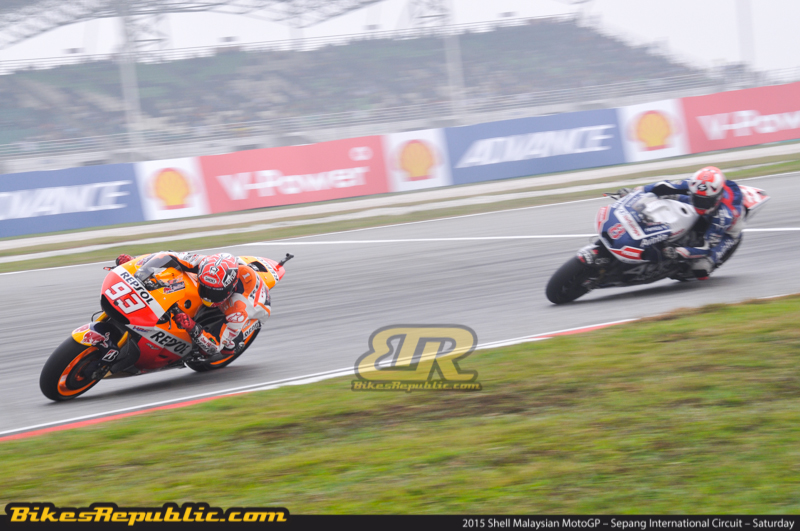 Qualifying for the 2015 Shell Malaysian MotoGP got underway earlier today. Despite the worsening haze conditions compared to yesterday, riders in all categories seem unfazed by the pandemic as proven by the fast laptimes posted. 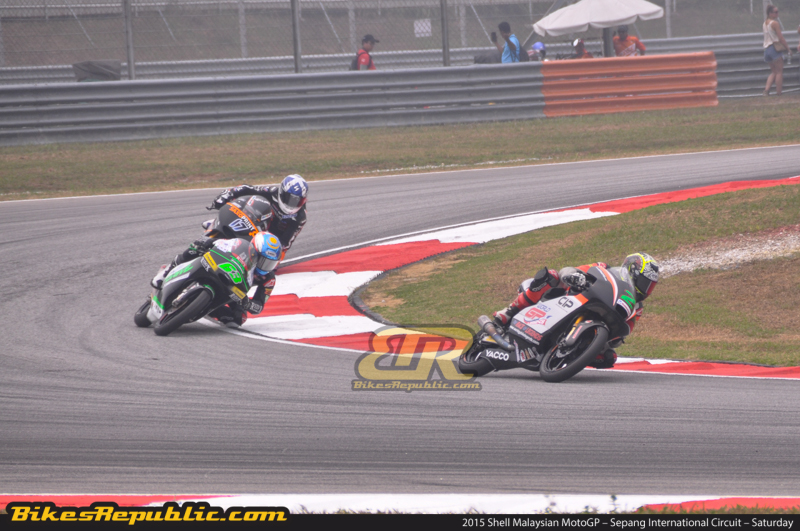 Things began with the third Free Practice (FP3) session for Moto3, MotoGP and Moto2 in the morning before the Qualifying for Moto3 took place at about noon. The session that followed was FP4 and qualifying for MotoGP, Moto2’s qualifying after that with the first race of the Shell Advance Asia Talent Cup capping off the day’s schedule. 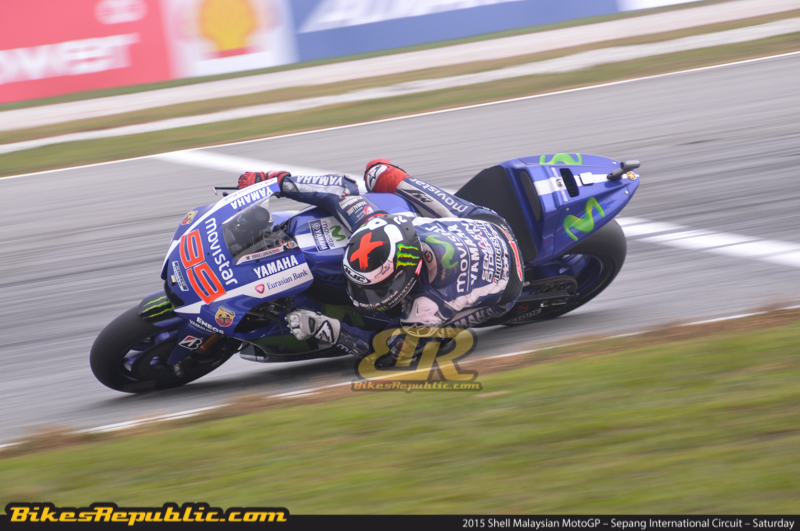 Movistar Yamaha rider and title contender Jorge Lorenzo continued his dominance of the time sheet into FP3, but it was Repsol Honda’s Dani Pedrosa that conquered the final FP4 session leading in to Qualifying. After the knockout Q1 session ended, Q2 got underway with the top riders from FP4 led by Pedrosa, his Repsol Honda teammate Marc Marquez, as well as Lorenzo and his teammate, current championship leader Valentino Rossi. 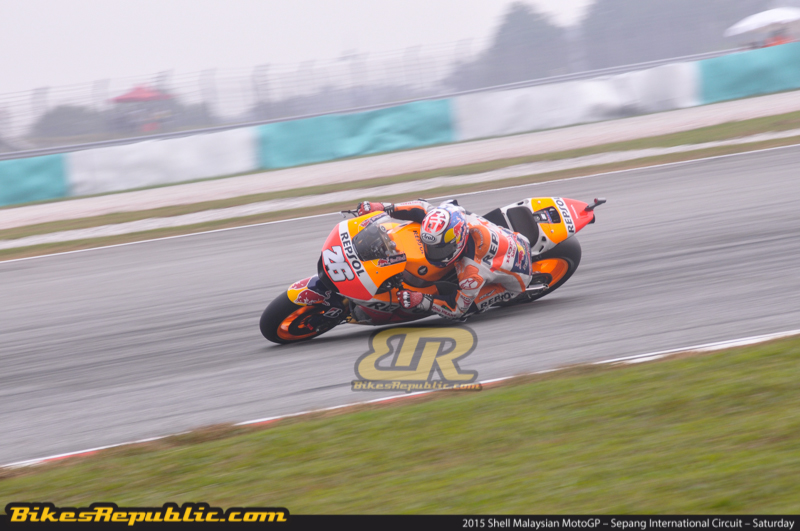 Despite the strong performances from both factory Yamahas, the day ultimately belonged to the two factory Hondas. Both Marquez and Pedrosa undertook last minute dashes in the session’s final moments, resulting with the pair securing their front row start with Pedrosa leading the duo. 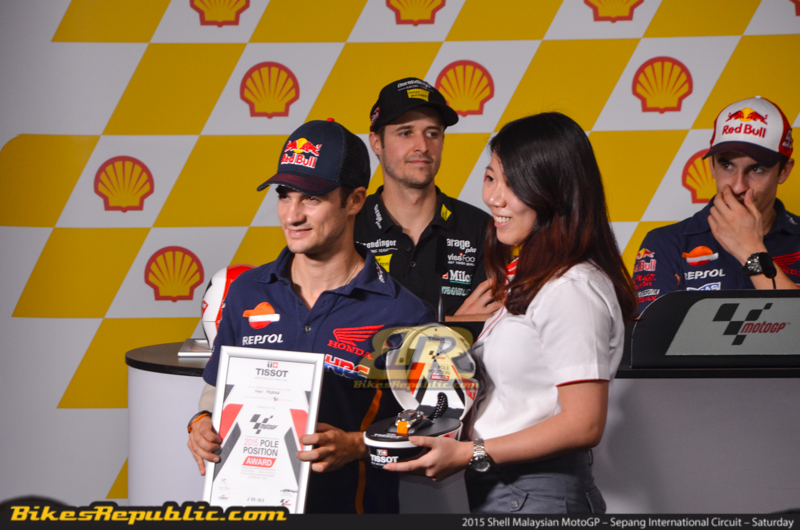 Not only did Pedorsa score his first pole position since Catalunya 2014, he also obliterated the lap record set by teammate Marc Marquez last year with his blistering fastest time of 1:59.0523. Marquez qualified second alongside Pedrosa with just 0.409 seconds. Both factory Hondas bested the two factory Yamaha bikes, with the last minute dashes knocking Lorenzo out of the front row. 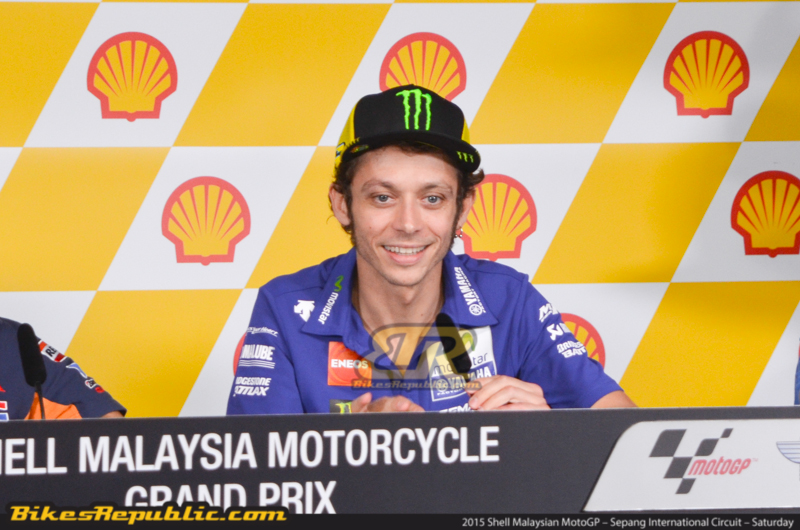 Nevertheless, the Yamaha outfit still has championship leader and title hopeful Valentino Rossi lining up third alongside the Repsol Honda duo. Interestingly, Rossi was able to clock in his fastest lap time of 1:59.726, with the 0.011 seconds between him and Lorenzo coincidentally matching the 11-points advantage the Italian possess in the standings over his Spanish teammate. 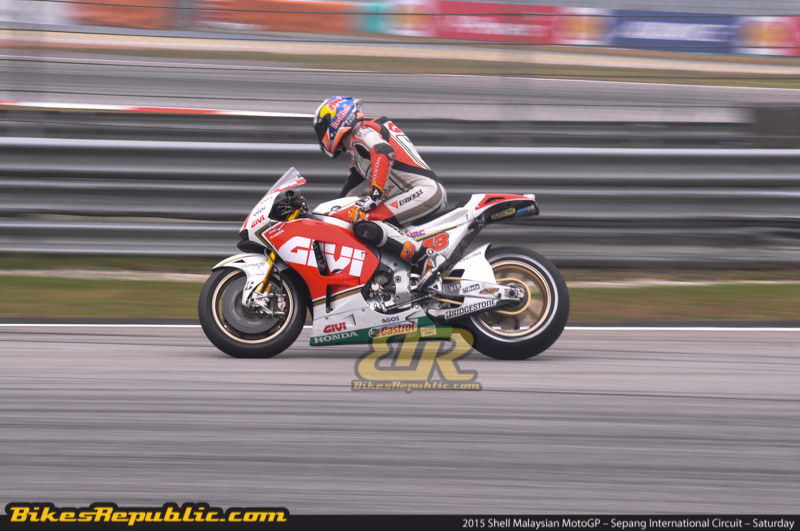 Also enjoying a good outing was LCR Honda’s Cal Crutchlow. Astride the satellite Honda race machine, the Briton qualified in a respectable 5th place ahead of the two Ducati machines of Andrea Iannone in 6th and Andrea Dovizioso in 7th. Further down sees rookie Maverick Viñales out-qualifying his senior Suzuki Ecstar teammate Aleix Espargaro for 8th position with Aleix just missing out on the top 10 in 11th. 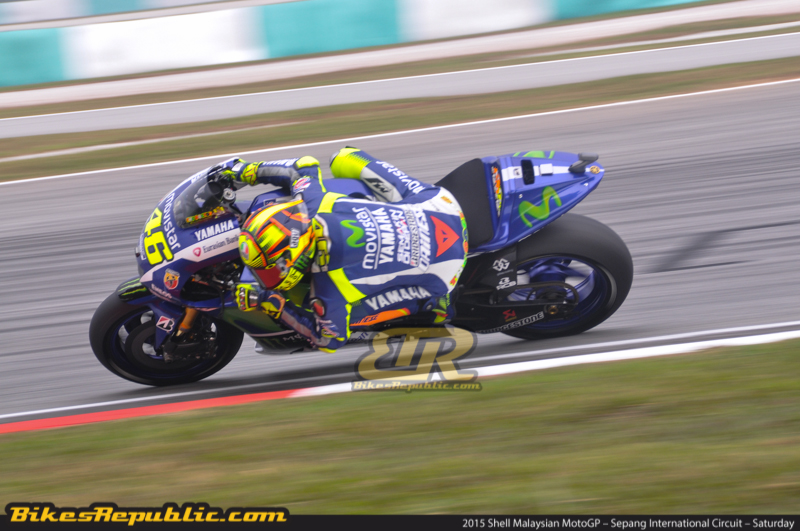 Despite having the chance to clinch the MotoGP world title in raceday tomorrow, Rossi remains calm and cool during the post-qualifying press conference. Though content with his front row start, he does have stiff opposition from the two Repsol Honda riders he lines up alongside for the start tomorrow. 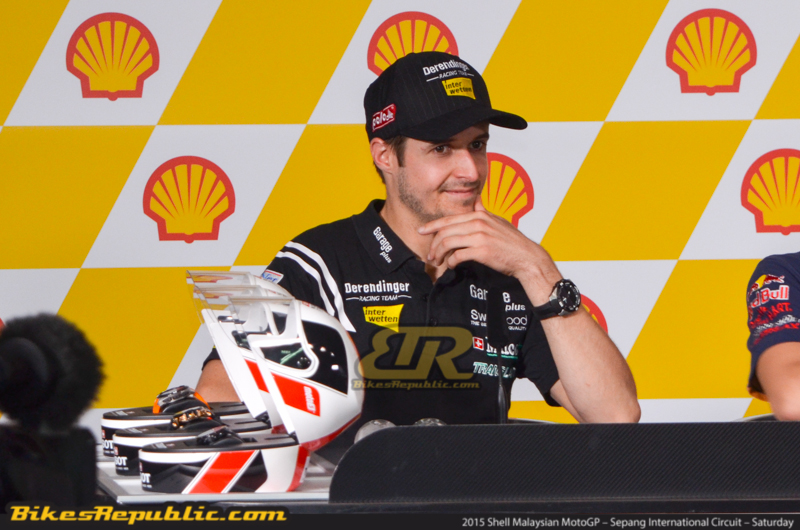 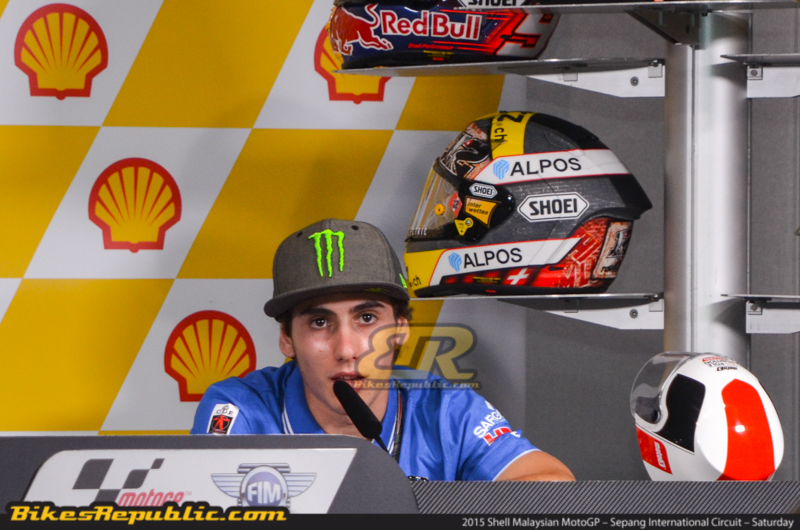 Next, Moto3 title hopful Briton Danny Kent of the Leopard Racing-Honda team was hopeful of landing a pole position too. However, the Brit could not have seen the dark horse that was Niccollo Antonelli of the Ongetta-Rivacold Honda Moto3 outfilt. 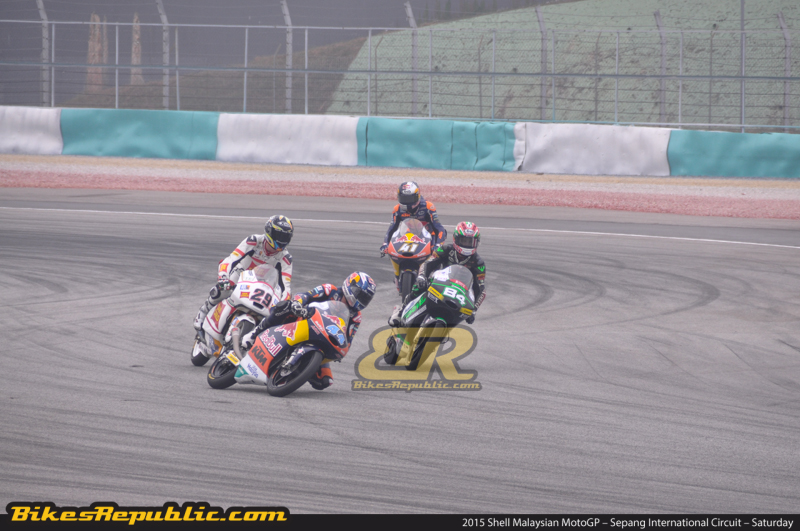 Nico’s fastest time of 2:12.653 was a close 0.047 seconds ahead of Estrella-Galicia 0,0 Honda’s Jorge Navarro in second, with Kent’s closest title rival Miguel Oliveira of the Red Bull KTM-Ajo team qualifying third on the front row. Suffice to say, Kent will have a tough time if he intends to clinch the title here in Sepang as he starts from 6th on the grid tomorrow.

Sunday’s Raceday program will kick off first with 18 laps of Moto3 at noon, followed by 19 laps of Moto2 at 1:20pm. The MotoGP main event will commence at 3:00pm and will last for 20 laps whilst the supporting Shell Advance Asia Talent Cup 2015 series will run its season finale race after at 4:30pm for 13 laps.