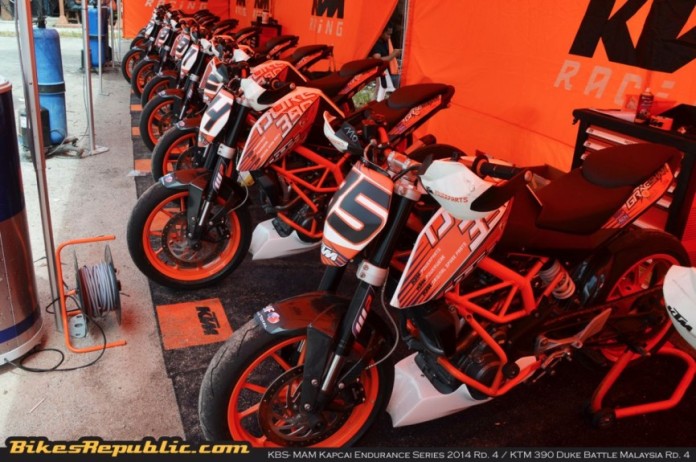 KTM 390 Duke Battle intensifies with drama and tension during its fourth round in Perak. 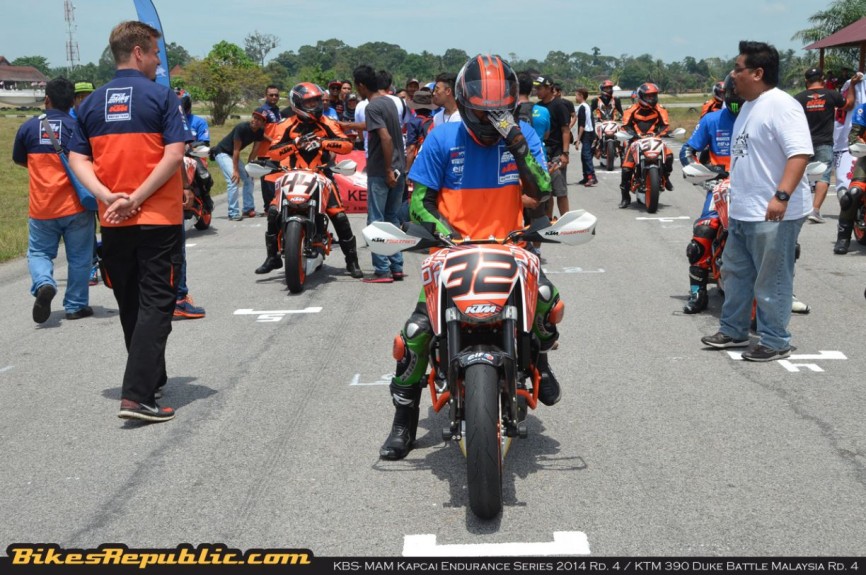 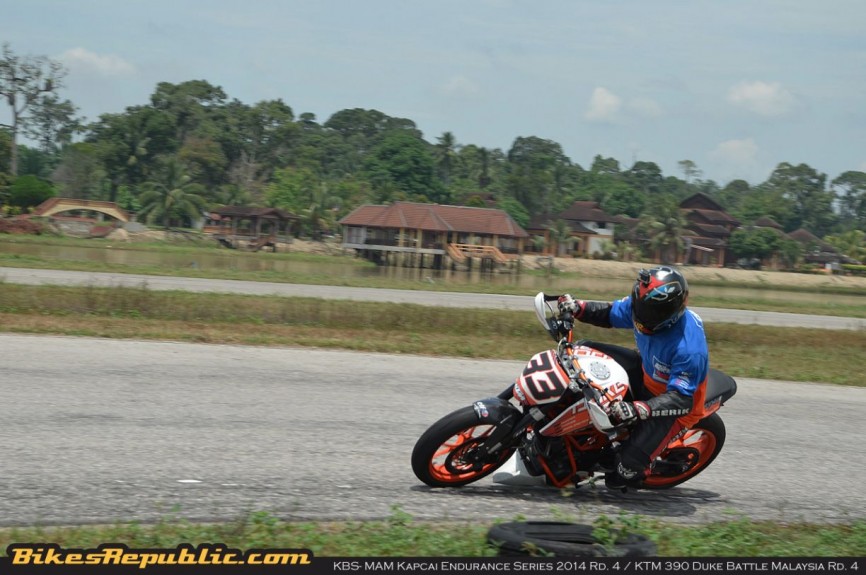 Given the Dato’ Sagor Circuit’s long sweeping corners, plenty of riders fell victim to the 390 Duke race bike’s apparent lack of height clearance in a lean. As a result, there were plenty of low-siding incidents, while some suffered damaged shifters that left them stuck in third gear.

Clearly, the two races held on Sunday morning and afternoon was challenging for most of the 15 riders that lined up the grid. 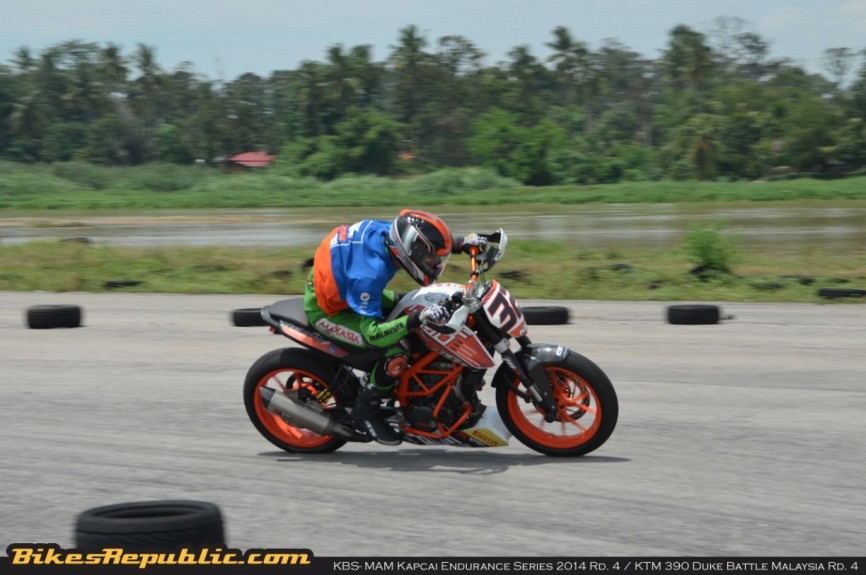 Tensions rose in Race 2 after Race 1’s winner Muhammad Fairuz Zain Salleh was disqualified from the second race. This then allowed rider Mohammad Khairi Zakaria to claim the win for Race 2. 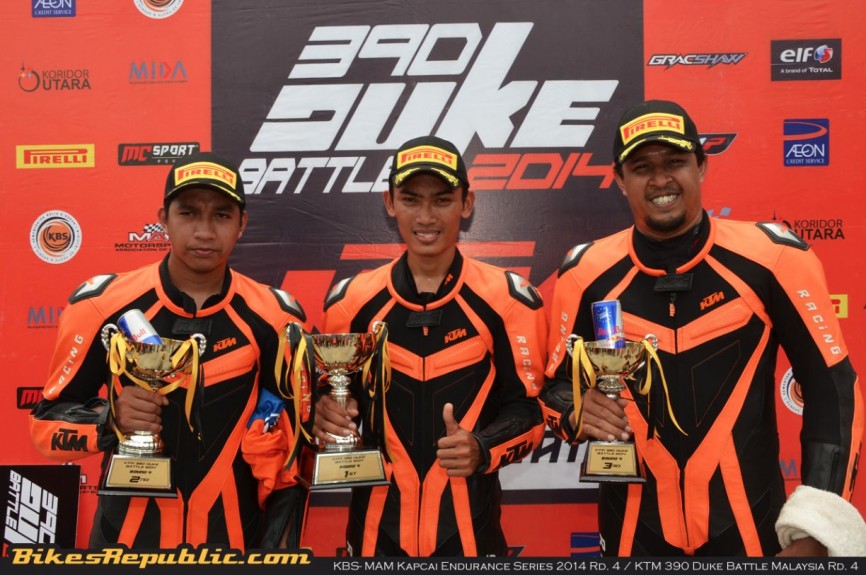 Collecting enough overall points from two races, Khairi Zakaria was crowned the weekend’s champion, whilst Firdaus Jaffer and Shahil Hafiz took second and third places respectively. Both Khairi and Firdaus also earned their spot in the series’ final race scheduled towards the end of this year.

Check out the official Bikes Republic Facebook page for more from the KTM 390 Duke Battle Malaysia weekend in Perak.