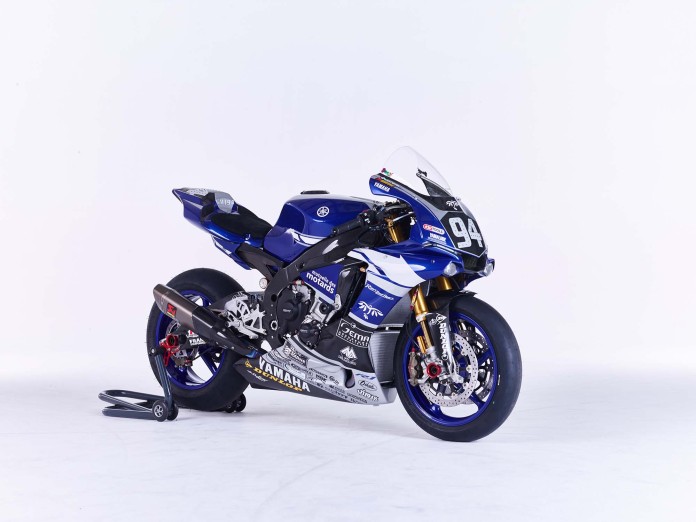 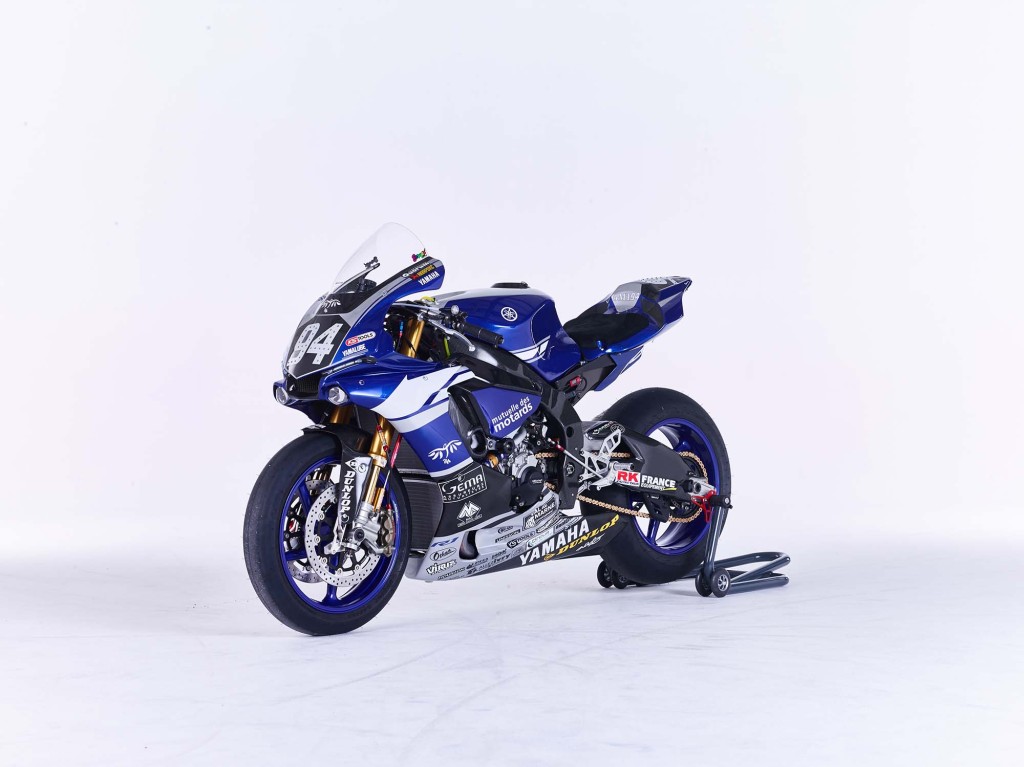 The 2016 FIM Endurance World Championship may be halfway through its four-event championship, but the title fight is still wide open. One of the contenders here is the factory-backed GMT94 Yamaha Racing Team and the GMT94 Yamaha YZF-R1 race machines we’ve featured here. 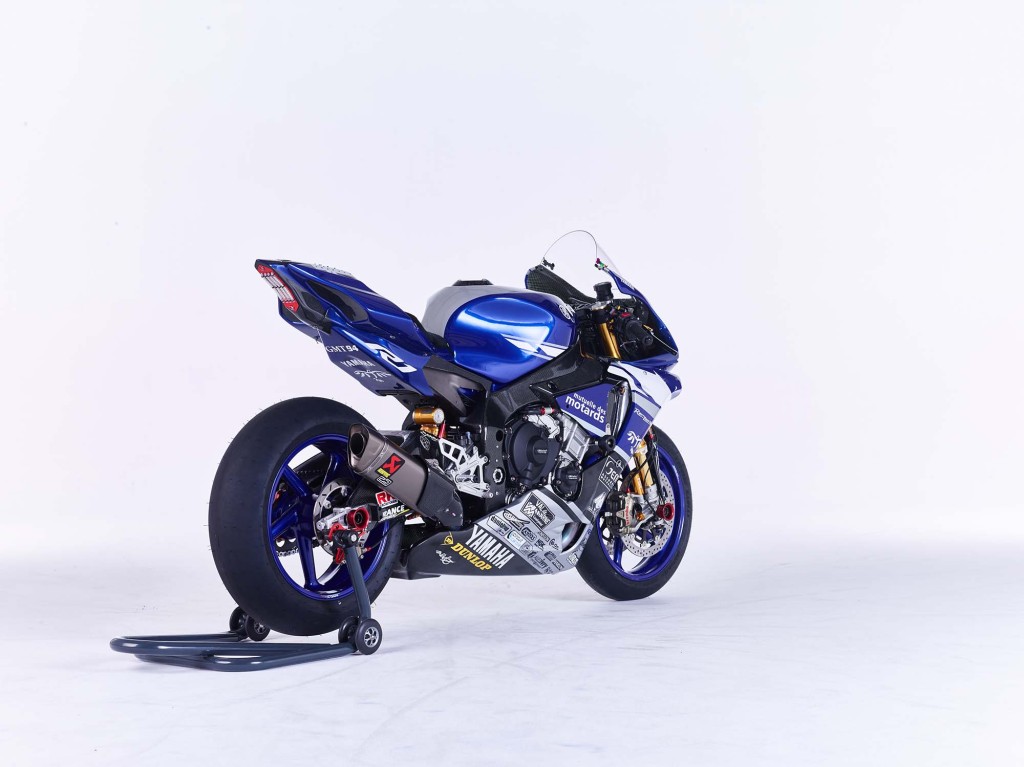 No, you’ve read that last line correctly,  this racer is in fact based on the standard new generation Yamaha YZF-R1 instead specced-up YZF-R1M iteration. Despite that, the GMT94 Yamaha YZF-R1 proved to be a tour-de-force when paired with riders David Checa, Niccolò Canepa and Lucas Mahias. 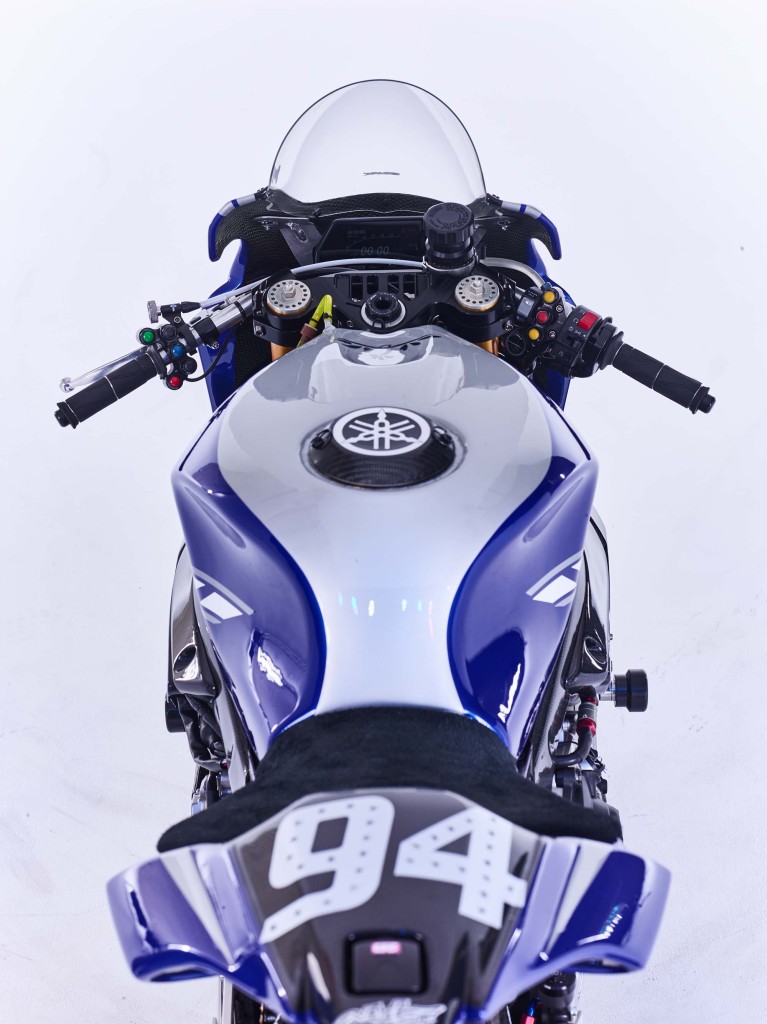 The trio managed to clinch victory astride the blue and silver-liveried GMT94 Yamaha YZF-R1 race bike during the inaugural 12 Hours of Portimão (12 Horas de Portimão) race held earlier this month. 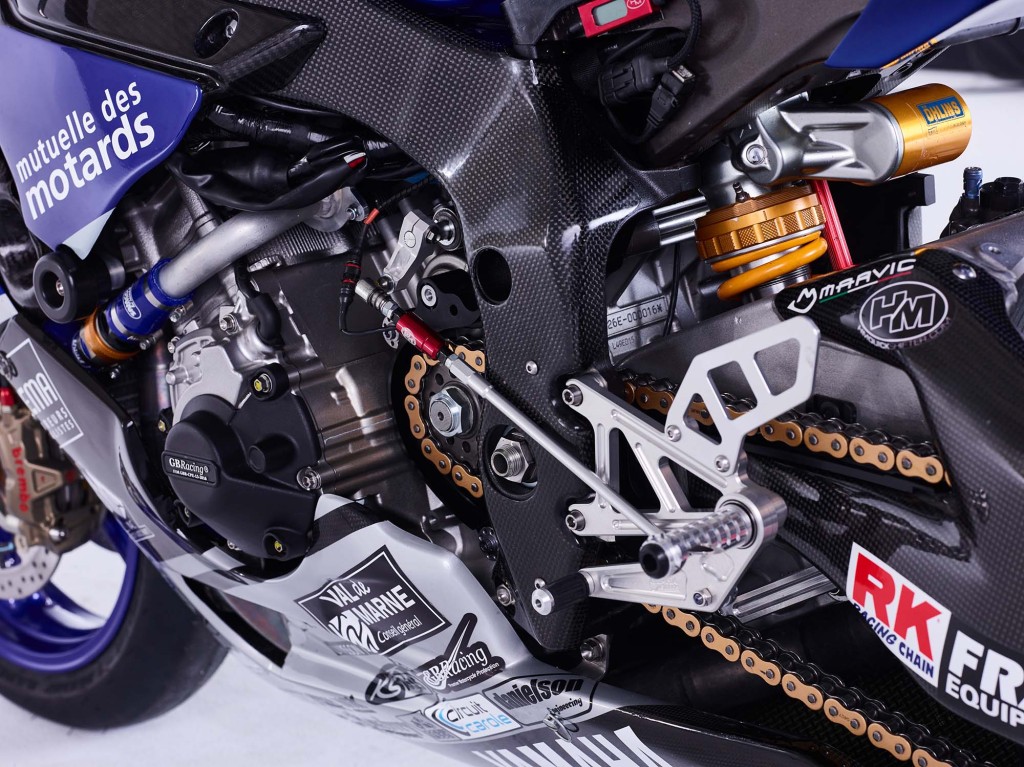 According to GMT94 Yamaha, their specially built Yamaha YZF-R1 racer boasts a claimed output of over 210hp from the tuned 999cc in-line four-cylinder screamer it packs underneath. Though the power hike isn’t much from the road bike’s stock output of nearly 200hp, one must remember that endurance racing favours reliability over all-out power instead.

The presence of various race-specific parts primed all-round are plain to see. Highlights such as the enlarged 22.7-litre fuel tank, the WSBK-derived Akrapovič full exhaust system, the gas-charged front shocks and the Brembo-sourced twin floating discs plus Monobloc calipers up front. 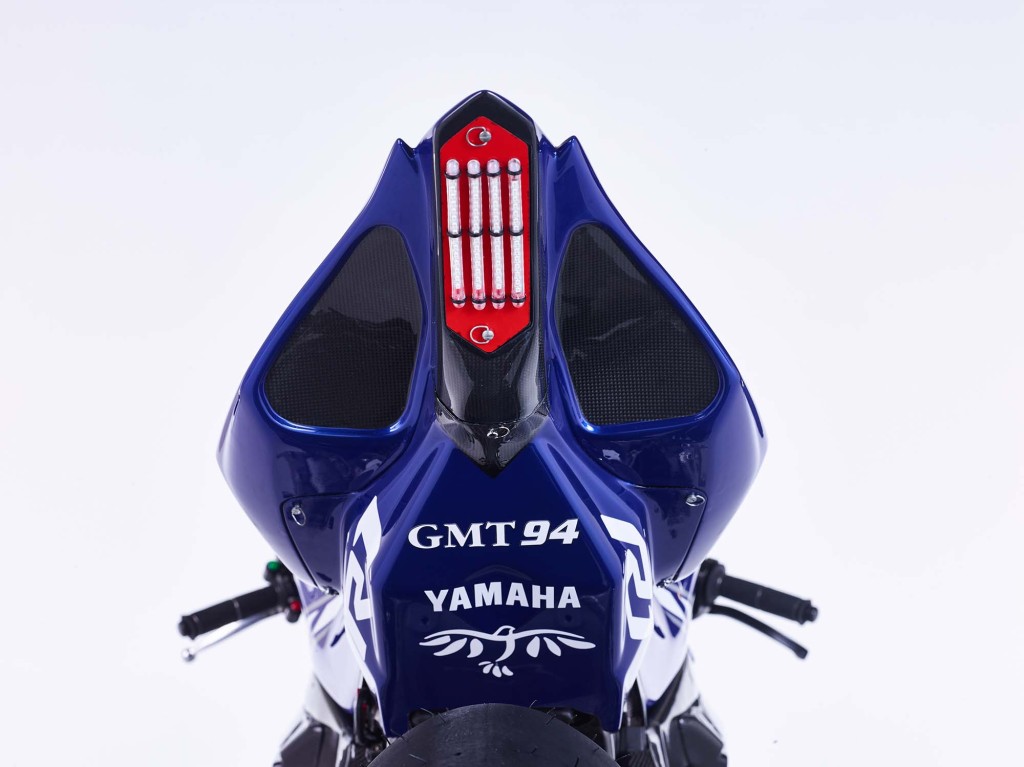 What is rather impressive though with the GMT94 Yamaha YZF-R1 is the team’s clever use of weight-saving materials, the most unique bit here being the hand-built custom LED taillight. GMT94 Yamaha claims that its YZF-R1 racer tips the scale at just roughly 173kg – a commendable figure despite the addition of a larger fuel tank various other components meant for crash protection.

You can inspect the GMT94 Yamaha YZF-R1 race bike in greater detail via the gallery we’ve prepared below.