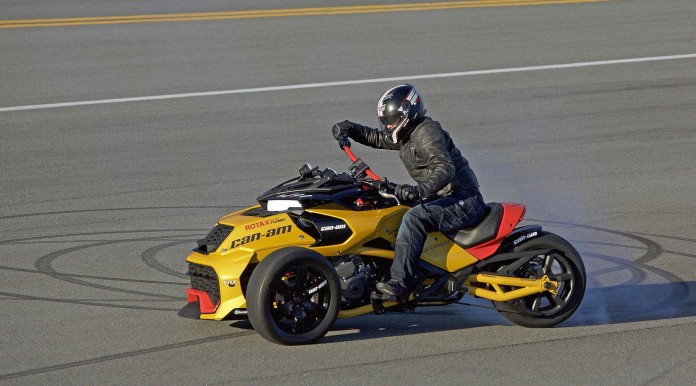 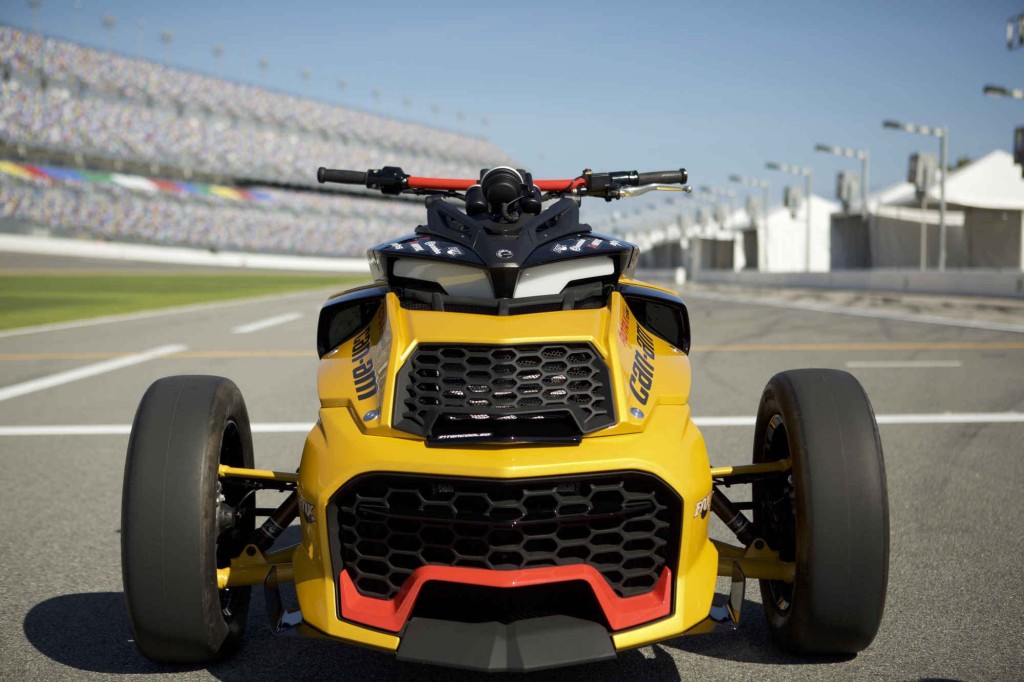 If you thought the Can-Am Spyder F3 three-wheeled roadster bike was already mental to begin with, then think again. The Canadian firm recently unveiled a NASCAR-inspired and turbocharged Can-Am Spyder F3 Turbo concept in the Daytona International Speedway.

Based on the Can-Am Spyder F3 that debuted last year, the turbocharged and race-inspired concept sees Can-Am bolting on a turbocharger and intercooler kit onto the Spyder F3’s 1,330cc Rotax in-line triple-cylinder engine. As a result, power has been bumped up significantly from 115hp to a whopping figure of 150hp whilst torque has also jumped from 130Nm to 186Nm.

Complementing the significant power upgrade, Can-Am have also fitted a custom Akrapovič three-into-three exhaust system, as well as slick racing tyres at all three points. Capping things off is this turbocharged Spyder F3 concept’s updated riding modes with the addition of a SPORT mode, making it the first Can-Am three-wheeler to feature said ability. Can-Am also claims that the newly added SPORT model will allow riders to slide or drift the back end of this trike. 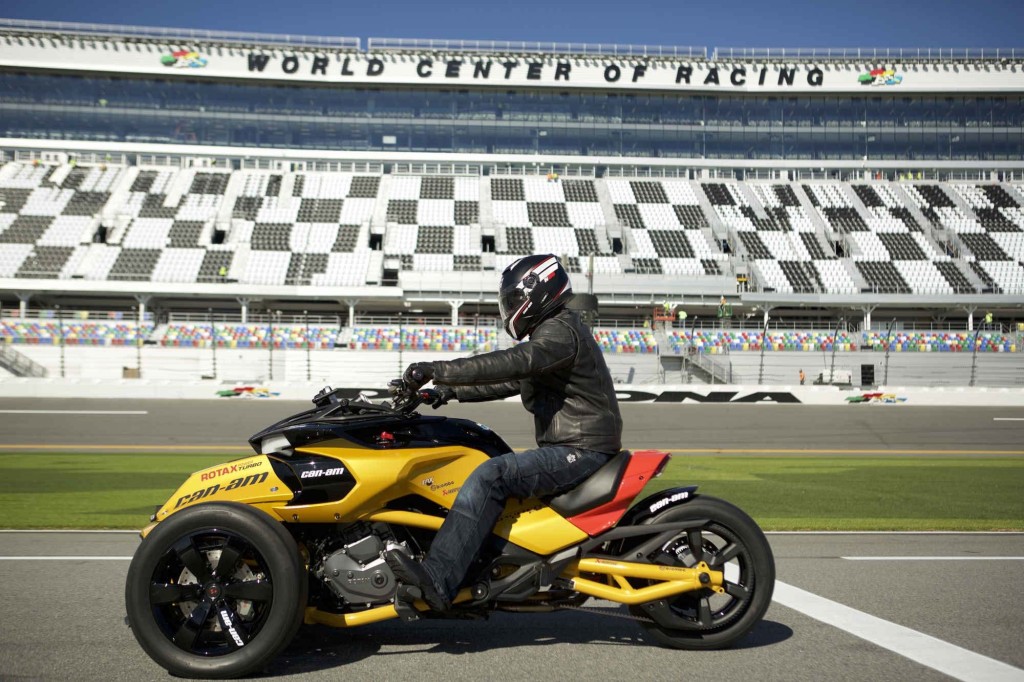 Can-Am further states that the upgrades performed on this concept sees it capable of sprinting from standstill to 60 miles per hour (approximately 100km/h) in just 4.3 seconds and the ability to complete a quarter-mile (400 metre) drag sprint in just 12.3 seconds.

Visual changes include a special and eye-catching yellow paint scheme with orange accents, the addition of a front air spoiler plus LED signature lights. 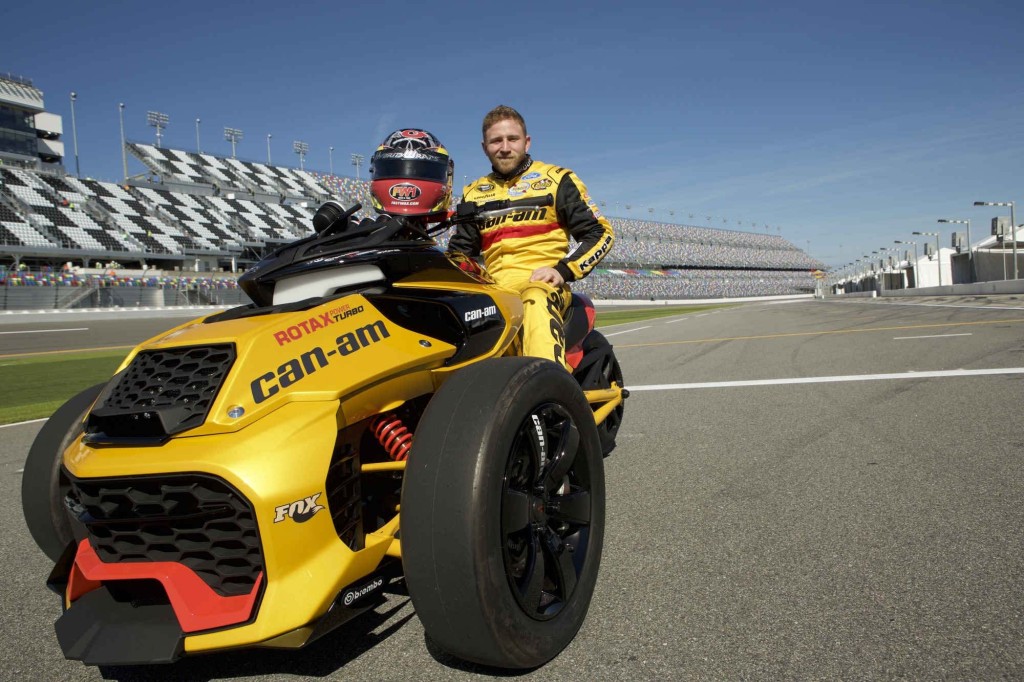 The Can-Am Spyder F3 Turbo concept is the result of Can-Am’s parent company, BRP (Bombardier Recreational Products), successfully inking its first sponsorship deal in the American NASCAR stock car racing series this year. During its unveiling, the Can-Am Spyder F3 Turbo concept was shaken down around the famed Daytona International Speedway oval circuit by NASCAR driver Jeffrey Earnhardt where he even tested out the newly added SPORT mode as well for a series of photographs.

Also, do check out our test-ride review of the Can-Am Spyder here.