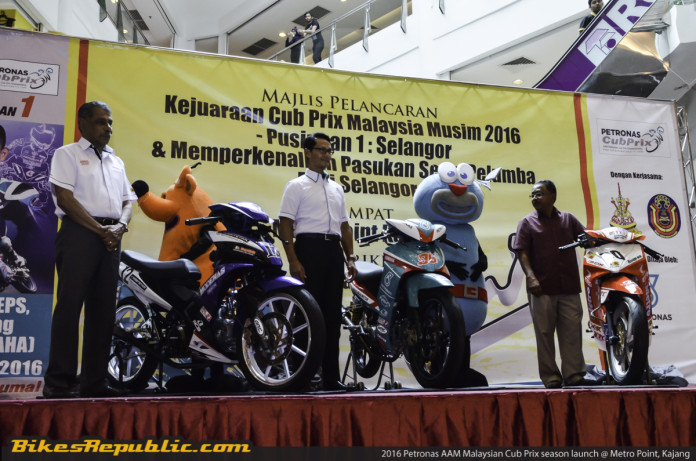 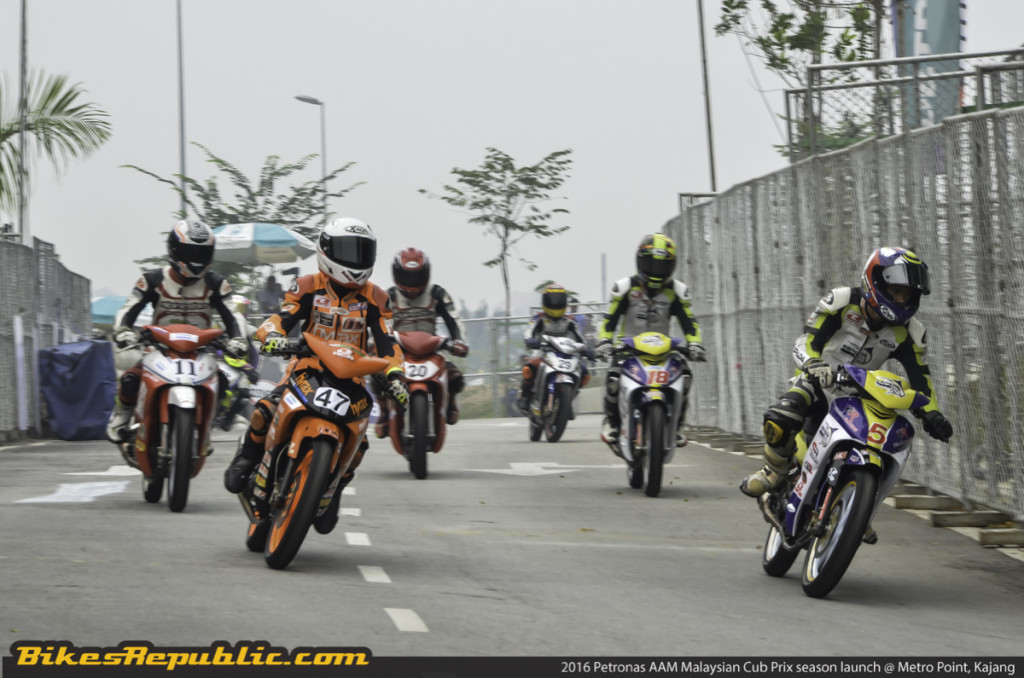 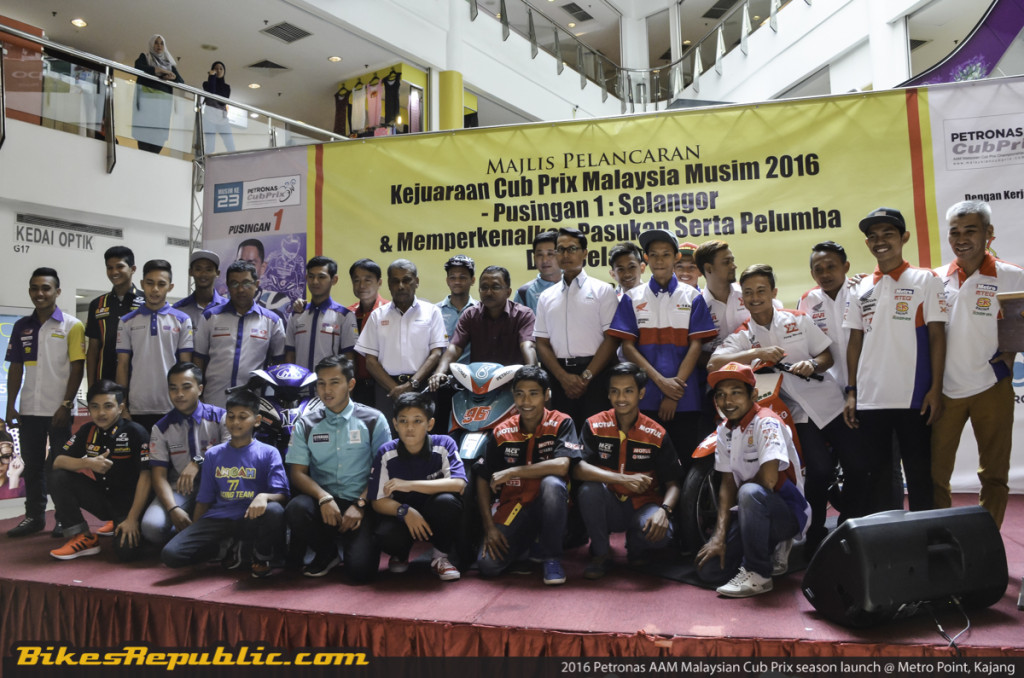 A special launch ceremony was held in the shopping haven of Metro Point, Kajang earlier this afternoon. Present were a number of the series’ riders, team managers and personnel that hailed from all over the state of Selangor. Also present were several VIPs including YB Amirudin Shari, the Selangor State Executive Councillor for Youth Development, Sports, Cultural and Entrepreneurship Development. 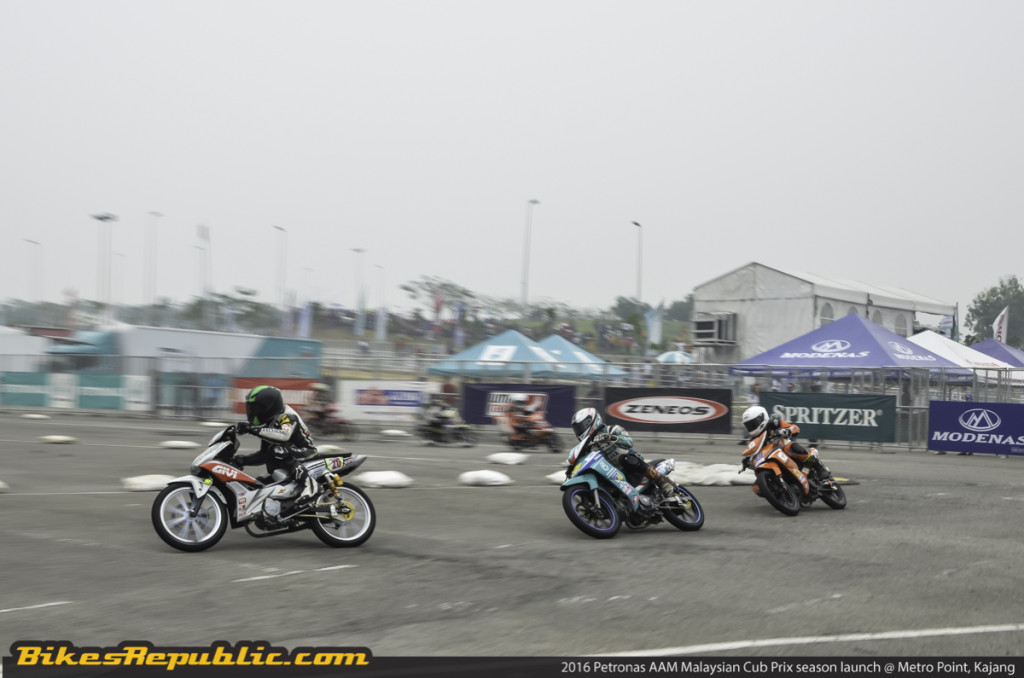 The 2016 Petronas AAM Malaysian Cub Prix series celebrates its 23rd season this year, making it the single longest running motorsports championship series in Malaysia. This year’s edition features a total of 10 rounds that will be held in venues across the peninsula lasting from March until November. 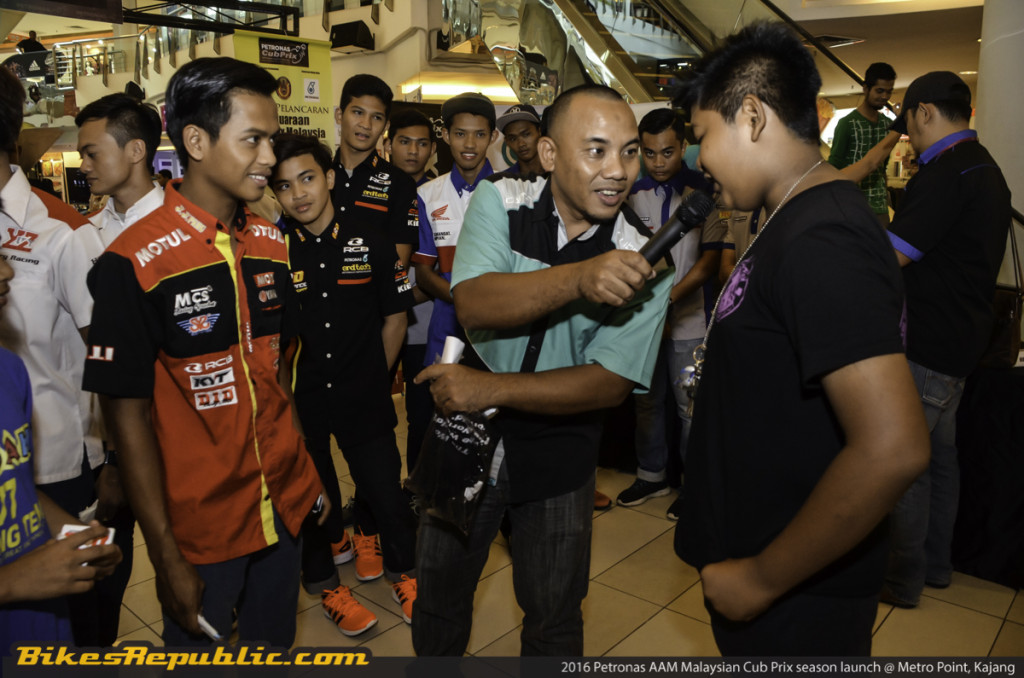 Besides the official launch of the new season and calendar announcement, the launch event also featured a meet and greet session for both fans and press members with some of the series’ riders and personalities who were present. 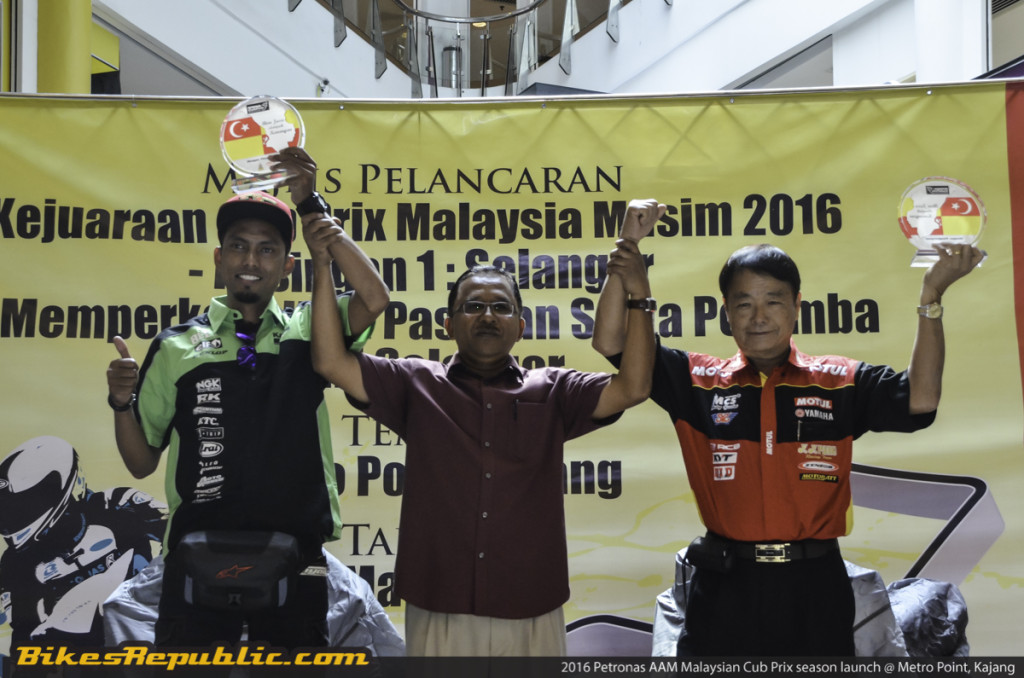 Furthermore, organisers also held a special awards presentation for two of the sport’s outstanding individuals who have contributed towards the sport’s growth over the years. First of which was famed race team manager, coach and mentor Pang Yoke You, or better known as Y.Y. Pang amongst the sport’s community.

Secondly came former national Moto2 racer Azlan Shah Kamaruzaman. Prior to his championship-winning streak in the FIM Asia Road Racing series and his stint in the World Moto2 Championship, Azlan is one of the Malaysian Cub Prix’s most successful alumni having won multiple titles across several categories. 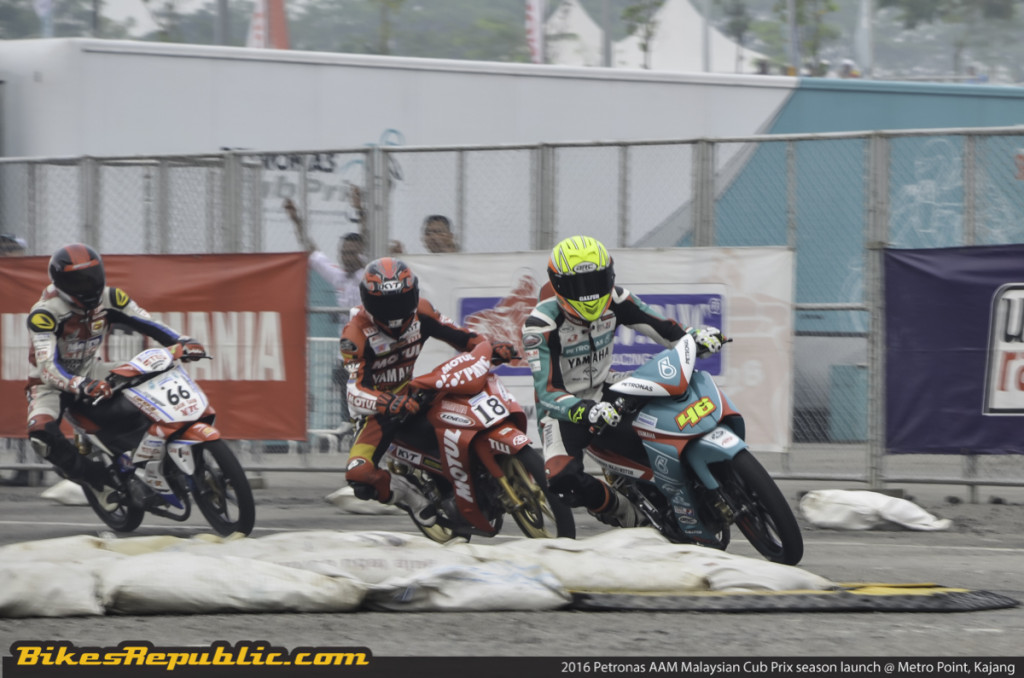 As always, the 2016 Petronas AAM Malaysian Cub Prix championship offers free admission for fans and spectators at all rounds throughout the season. More information can be obtained online via the series’ official website, malaysiancubprix.com and through its official Facebook page as well.