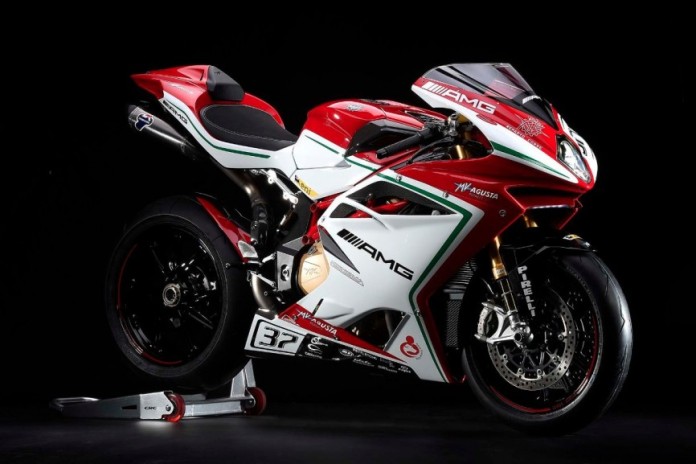 After its leak and a teaser during the season-opening WSBK weekend, MV Agusta has finally revealed its new homologation special, the F4 RC (Reparto Corsa), in full detail and rich technicolor. 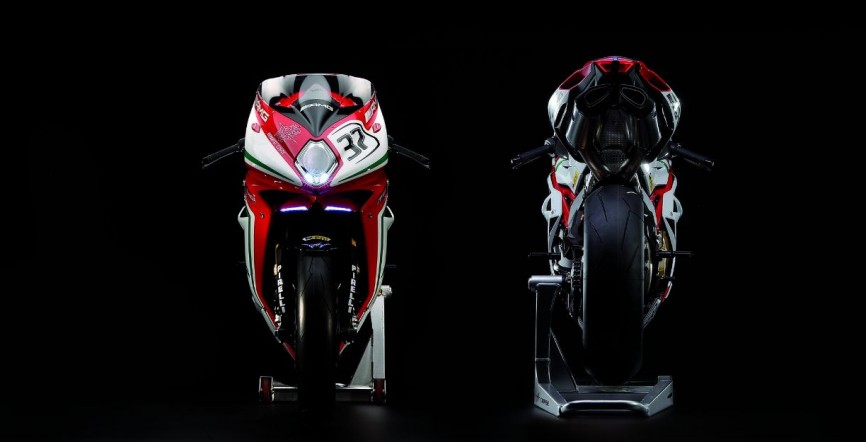 Confirming previous reports, the 2015 MV Agusta F4 RC develops a total of 212hp as a result of a new Termignoni race exhaust system. A street variant is also available, but it makes just 202.5hp sans the aforementioned Termignoni pipeworks. Both trims however share the same peak torque output of 115Nm. 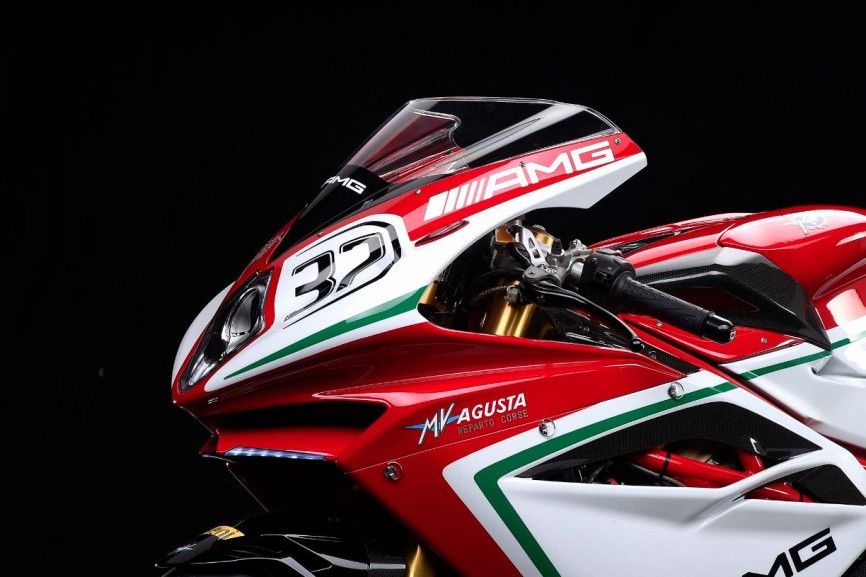 Notably, weight has been reduced in the RC version as well thanks to carbon fibre fairings, titanium connecting bolts and exhaust, a lithium-ion battery, forged aluminium wheels, as well as the adoption of magnesium casings. All this sees the RC tip the scales at just 175kg (dry) – nearly 15kg lighter than the brand’s F4 RR model. 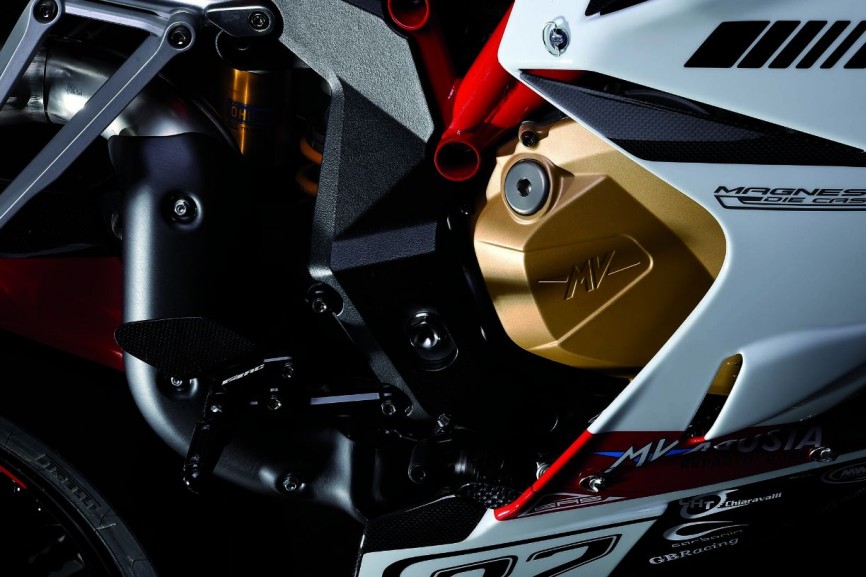 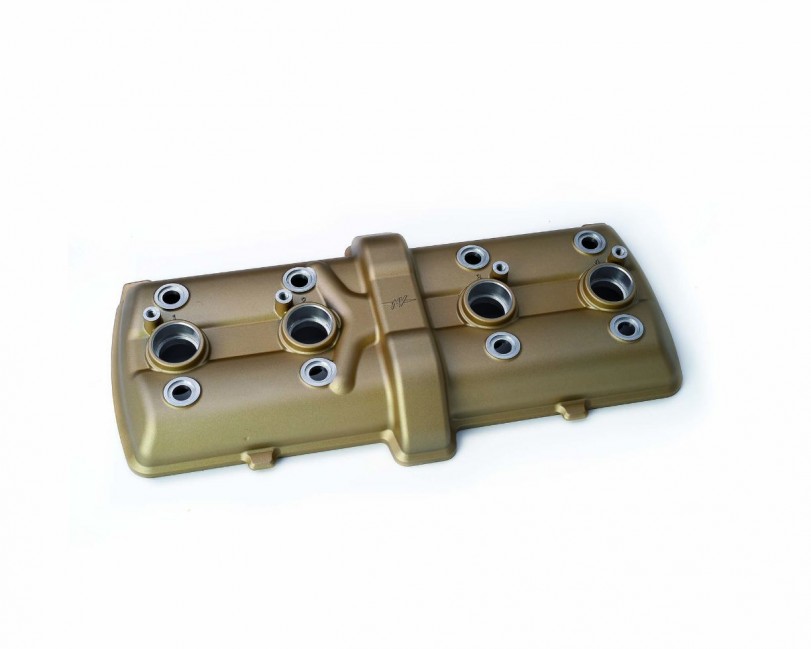 Other notable changes over the RR include its mill’s new cylinder head, crankshaft, camshaft, bigger fuel injectors, lighter pistons, and titanium connecting rods. Stopping comes in the form of Brembo brakes front and aft that is paired with the Bosch 9+ ABS kit. Suzzies are sourced from Öhlins, with the front gaining a set of TIN coated NIX 30-type forks, and a TTX36 shock in the rear. 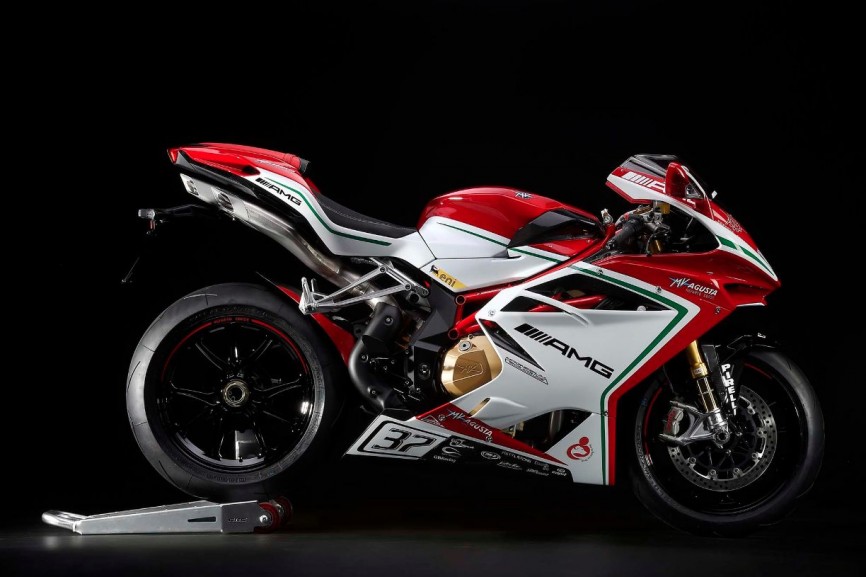 MV plans to make just 250 units of the F4 RC, each tagged at US$46,000. That alot of money for such a niche bike, but lets not forget that the 2015 MV Agusta F4 RC now stands as the most powerful superbike on the market. 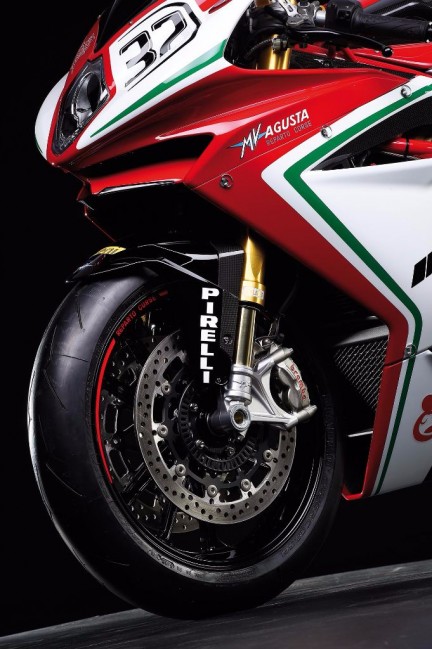 In comparison, the rivalling Aprilia RSV4RR makes just 201hp in stock trim, whilst the BMW S1000RR and Ducati 1299 Panigale R makes do with ‘just’ 199hp and 205hp respectively.

Check out the extensive gallery below for more detailed images of the new 2015 MV Agusta F4 RC.