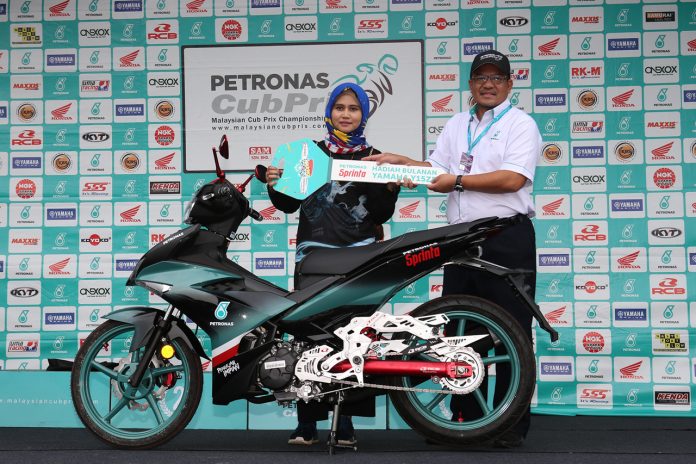 A mother of three won a Yamaha Y15ZR in the PETRONAS Sprinta Bonanza for July 2019.

Puan Norasyikin bin Mohd. Salleh from Johor entered the contest organized by PETRONAS Lubricants Marketing Sdn. Bhd. (PLMMSB) through the purchase of a lubricant package including a PETRONAS Sprinta T-shirt at the booth during the PETRONAS Cub Prix in Pontian, Johor. 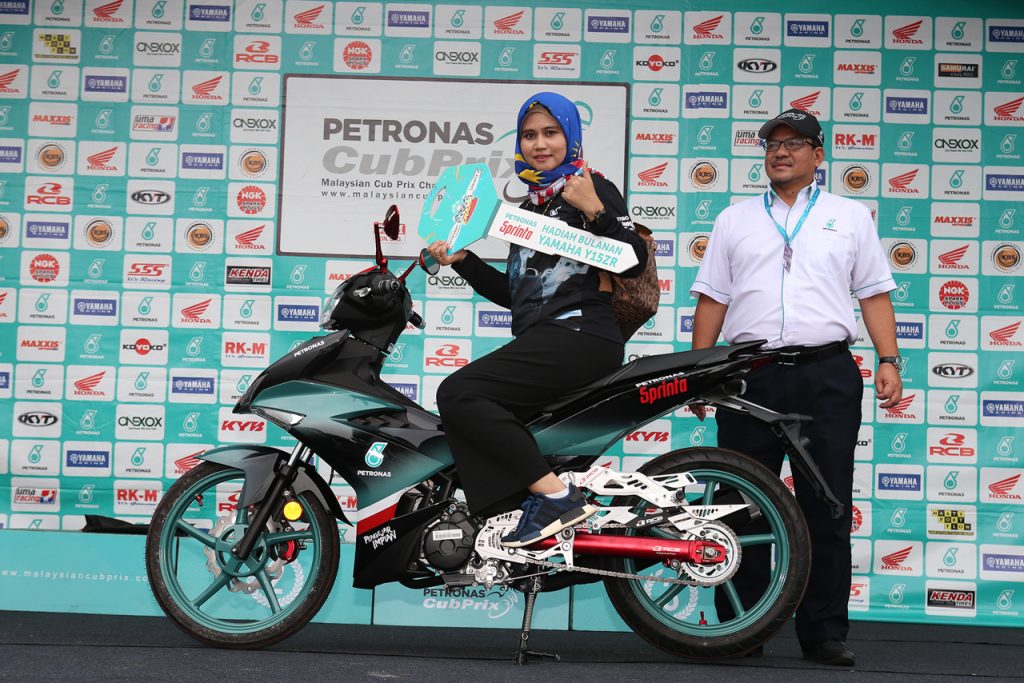 Puan Norasyikin expressed her gratitude in winning the new bike. She said that her husband had expressed his wishes to purchase a Yamaha Y15ZR in the coming months. However, a call from PLMMSB regarding her win took her by surprise, thereby putting the earlier plans on hold.

She and her family had attended the sixth round of the PETRONAS Cub Prix at the Gong Badak Sports Complex, Kuala Terengguanu to receive the prize from PETRONAS Eastern Region General Manager, Datuk Wan Mohd. Hasnan Abdullah. 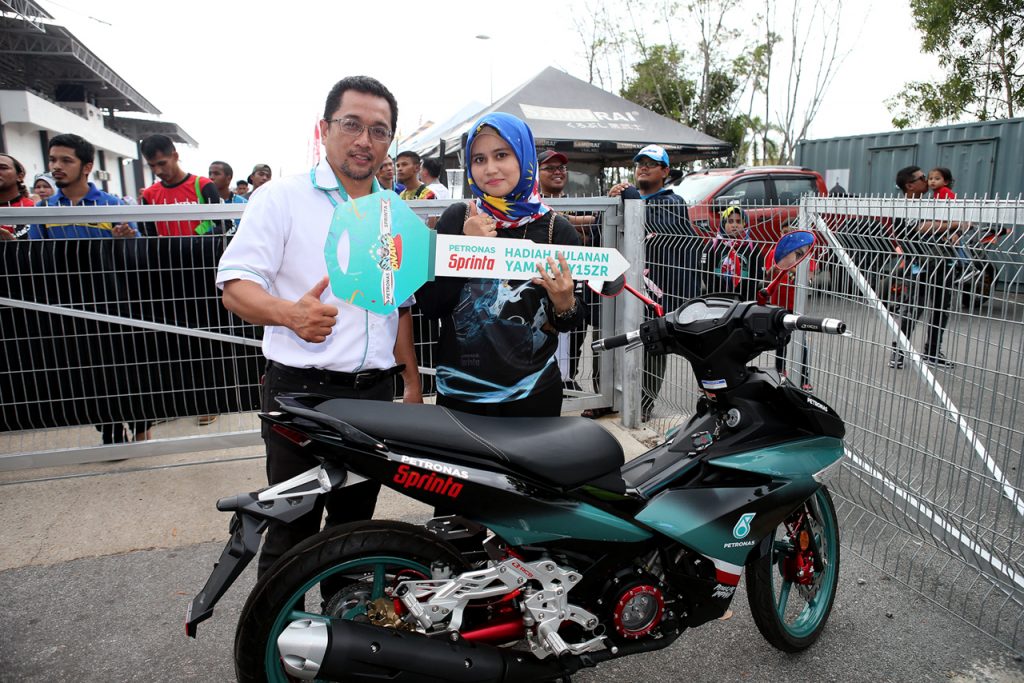 There remains two (2) more Yamaha Y15ZR to be won by the contest’s closing date at 30th September 2019. The second prize of a Yamaha YZF-R25 and Grand Prize of a Yamaha YZF-R6 will be presented by PETRONAS SRT riders Fabio Quartararo and Franco Morbidelli during the Malaysian MotoGP in November. These bikes are painted in the PETRONAS Sepang/Sprinta Racing Team (SRT) colours.