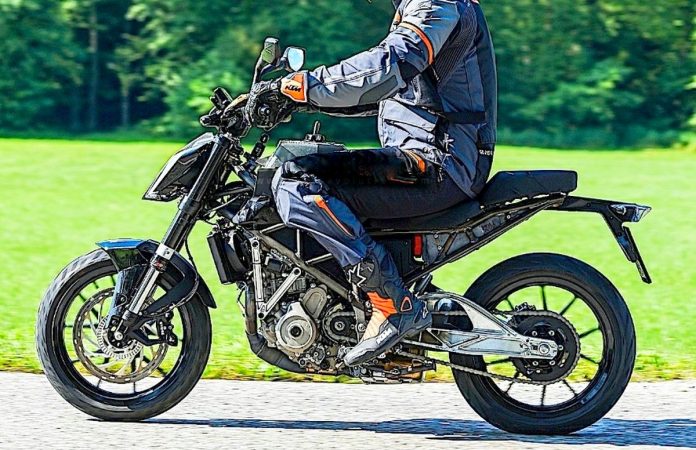 The KTM Duke range has been around for almost 30-years now, ranging from a small single-cylinder to its big LC8 V-Twin.

Nevertheless, the most popular has to be their small-displacement motorcycle that has been the pinnacle of KTM sales in the last few years, especially in India and Asia.

In just six years since launching the 200 Duke in the second-most populous country globally, India overtook all other markets in 2019, with over 200,000 Indian riders choosing the motorcycle.

Hence, it came to no surprise that the Austrian manufacturer – despite the bike is made in India – has been spotted testing out the 125 and 250cc range.

According to reports, the two motorcycles will receive completely new hardware and will not carry any parts from the previous generation.

Despite no further details, we can identify some new features from the spied photos, evidently a new frame and a redesigned swingarms.

However, expect these motorcycle to only be available in the next couple of years.