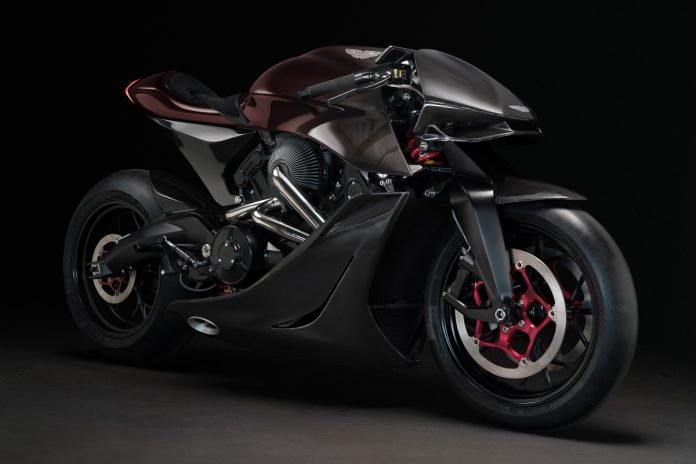 The Aston Martin AMB 001 has begun its first ‘comprehensive testing programme’ in France. Designed and built by Aston Martin and Brough Superior, the ultra-premium track machine looks to be on schedule for its first few deliveries at the end of 2020. The question is, would you pay 08,000 (RM520,000) for a super-limited track-only machine?

You can see that the Aston Martin AMB 001 test bike is covered in the traditional Aston Martin Camo livery while ripping around the Pau-Arnos circuit at a moderate pace. We’re guessing that they’re still fine-tuning a few things and it’s probably not a good idea to push a bike this expensive this early. 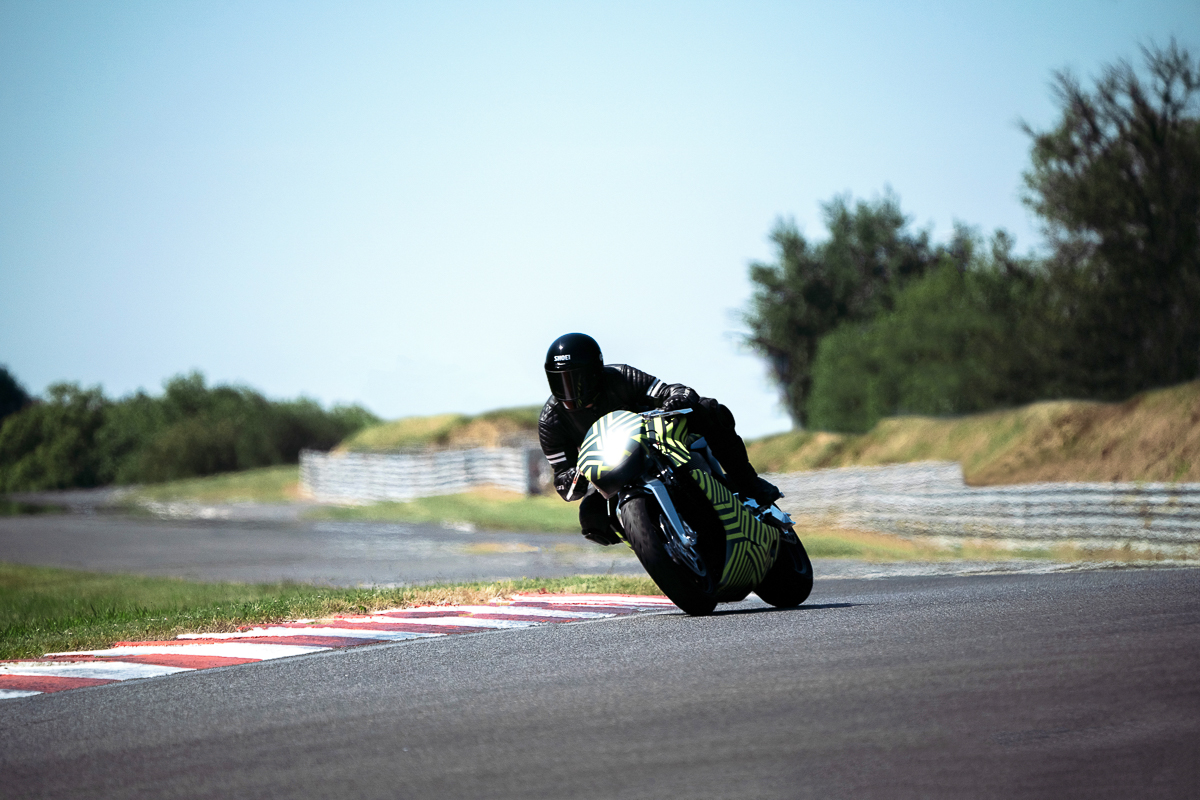 Probably the best part about the AMB 001 is its turbocharged V-twin engine that produces 180hp, which is more than enough to blow off a number of notable sports bikes in track days. Although, you wouldn’t want to risk a bike this rare and this expensive in any regular track sessions (only 100 units will be built ever). 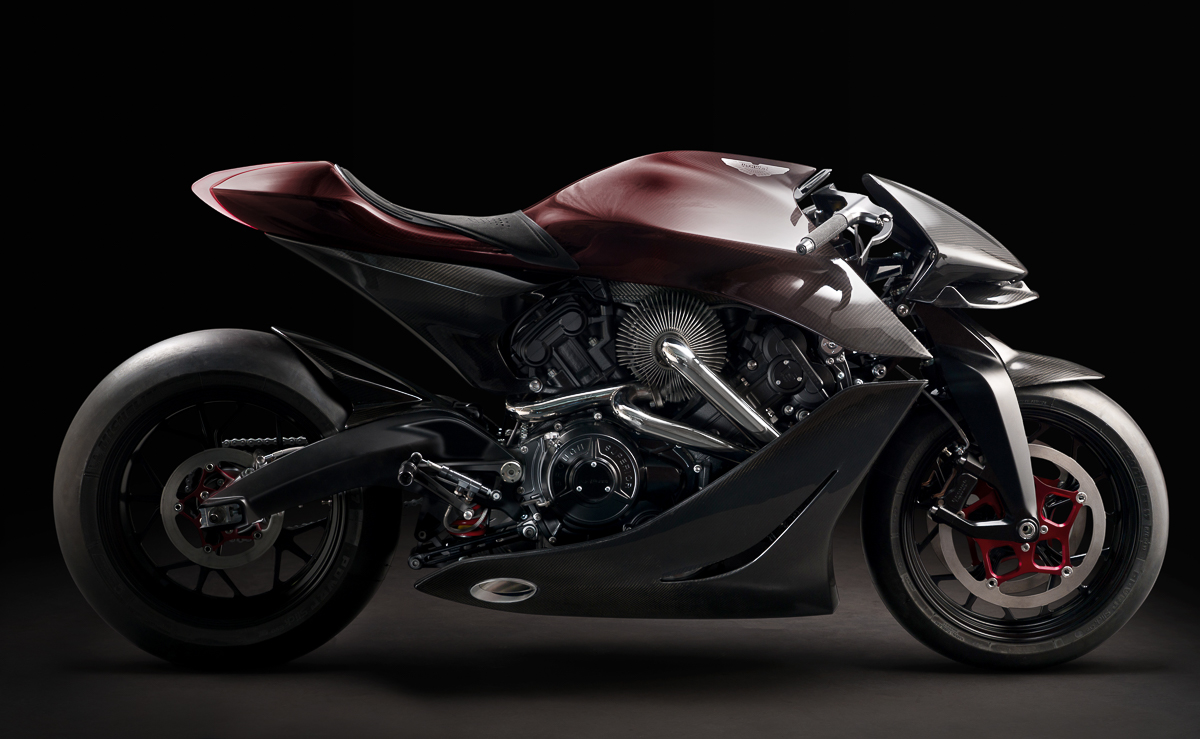 According to Marek Reichman, Aston Martin Executive Vice President and CEO, “Everybody involved has managed to make tremendous progress with the development of AMB 001, despite the challenges we have all been facing. This special motorcycle is, like our road cars, the result of beautiful design melding with modern technology to produce a bike that any collector will be proud of. We are delighted to see how much progress has been made, both on and off-track and look forward to the moment when production starts for this stunning machine.” 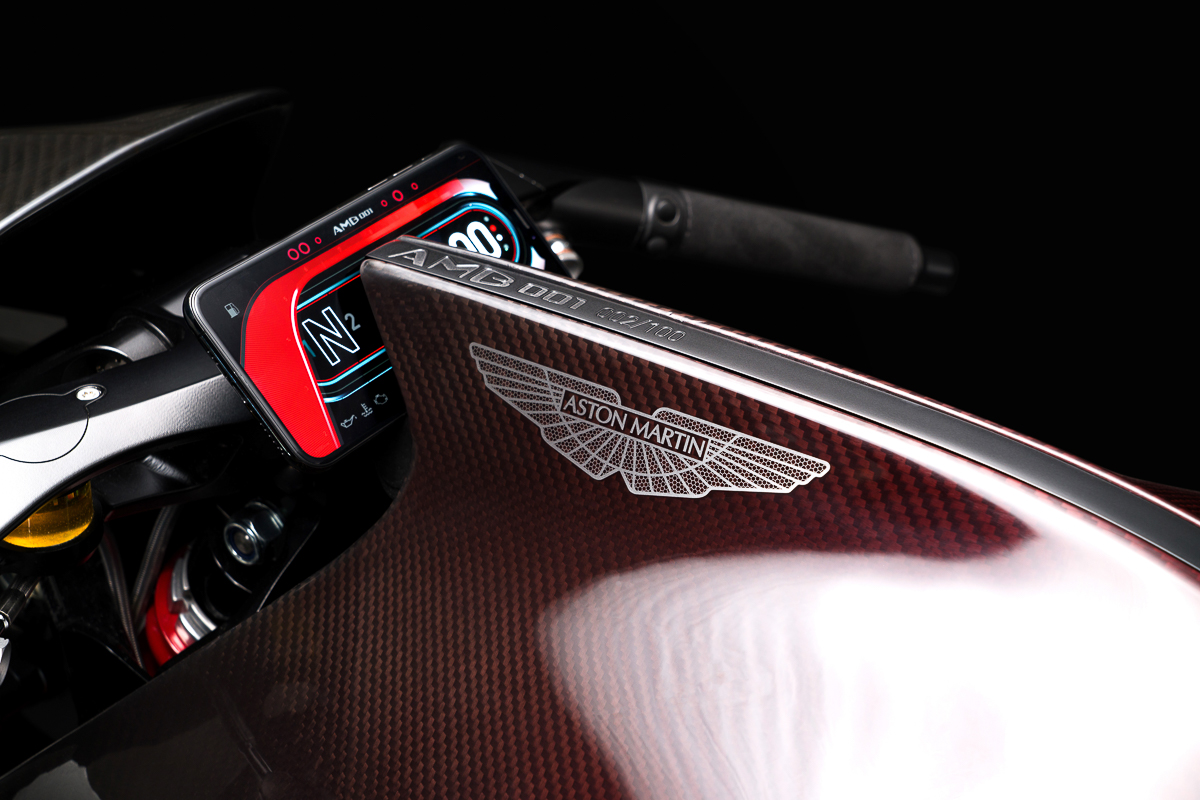 As for Thierry Henriette, Brough Superior CE, he stated that “One of the key design features of the AMB 001 is an aluminium fin that runs along the full length of a carbon fibre tank, passing under the saddle and out onto the rear. The body holding the fin and supporting the saddle is one of the areas where we called on the unique knowledge of Mecano ID, who joined the project to apply specialist aerospace-quality carbon fibre skills to the exclusive AMB 001.” 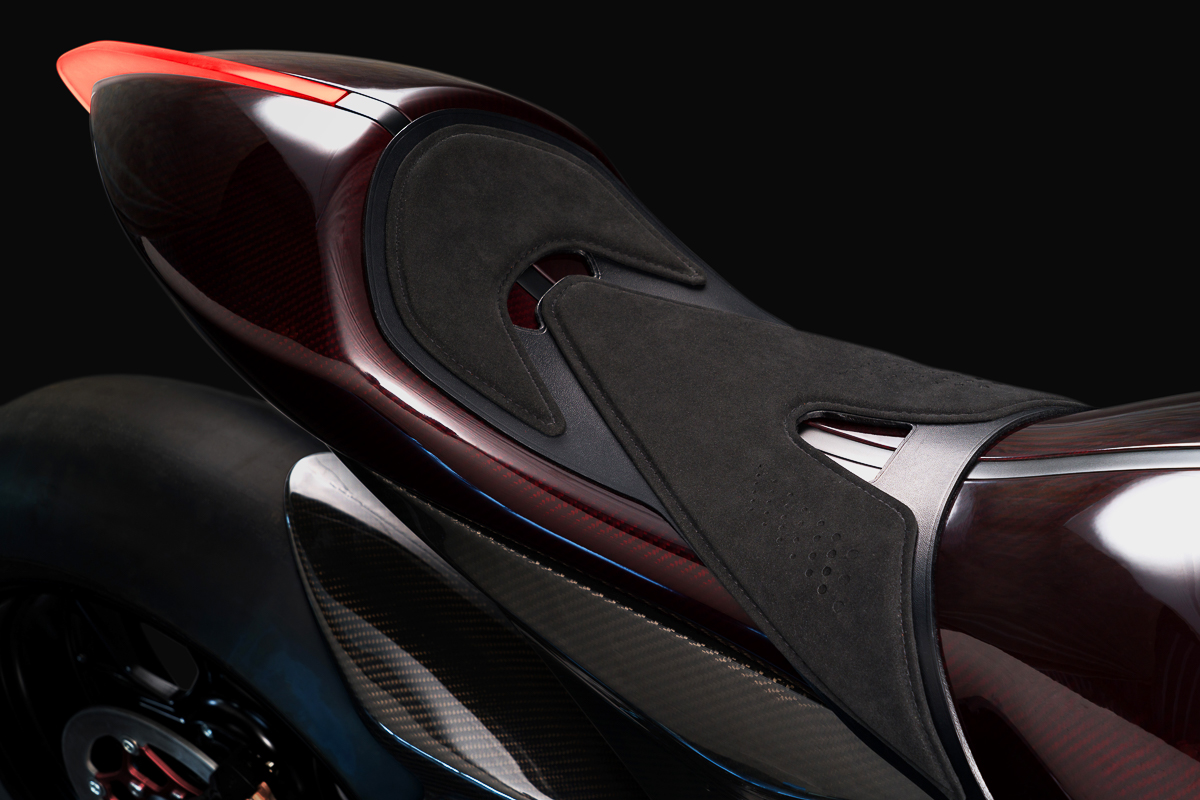 The production of the Aston Martin AMB 001 is said to begin as early as September. We’re not too sure on how to go about the purchasing process, but we’re guessing that the uber-rich folks with half a million Ringgit to spend on a limited-edition track-day bike know their ways to get it done.