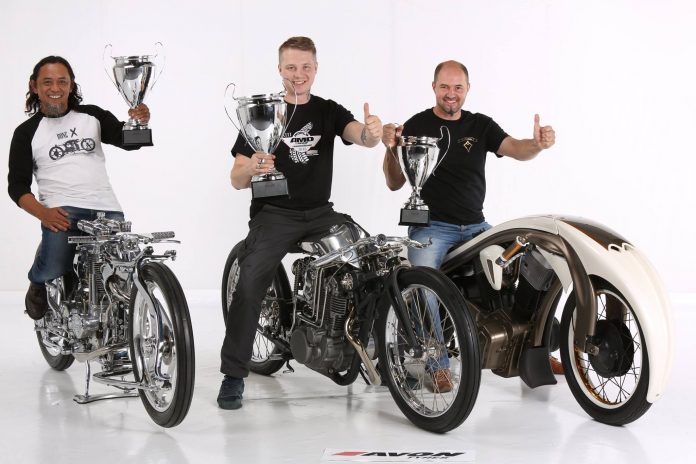 Omar Jumiran of Eastern Bobber has been crowned the First Runner Up the prestigious AMD World Championship of Custom Bike Building at the Intermot Show in Cologne, Germany.

Omar’s creation, Bone-X, was the winner at the 2017 Motonation Custom Ride Championship event in Cyberjaya, Malaysia. Judging was performed by AMD Showmaster, Neil Blaber. Bone-X beat out all other competitors’ bikes and earned Omar a place at the AMD finals in Germany.

Motonation funded the customizer and Bone-X’s trip to the show.

Bone-X had breezed through the preliminary rounds at Intermot and was among the Top 10 finalists. Judging was conducted by other builders’ and carefully chosen VIP judges. Points were awarded for creativity, execution, finishing, among other criteria.

Omar’s bike came in second after the points were tallied. The winner was “Insomnia” built by Russian customizer Dmitry Golubchikov.

Where to from here?

Malaysia is full of motorcycle customization talents but they have operating “underground” for many decades due to lack of recognition, not by fans, but by certain governmental agencies. A number of these customizers had almost nothing to live on but by their insatiable passion to create wonderful works of art on wheels.

Shows such as Art of Speed and Motonation (to a smaller extent since they are new) have brought these builders and their creations to the fore but there is still much more that needs to be done, because more publicity is needed. And publicity costs money.

Omar Jumiran’s success at the international stage will spur the authorities and private entities to pay more attention to the Malaysian custom motorcycle scene in both local and international events.