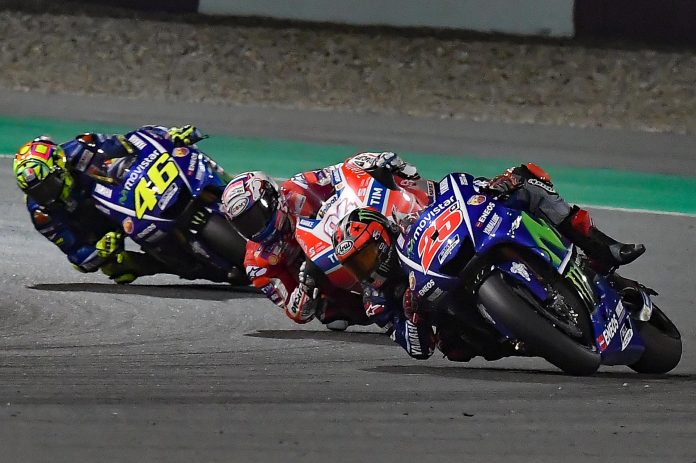 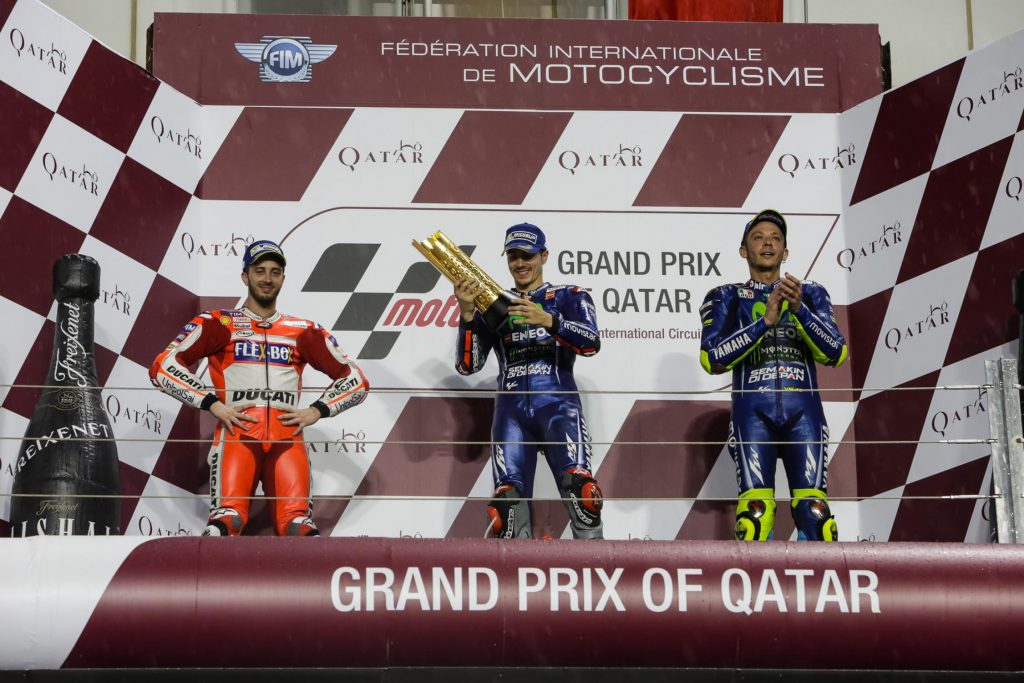 Maverick Vinales of the Movistar Yamaha MotoGP squad came out victorious last night at the opening round of MotoGP 2017 in Qatar. The dogfight between several other riders ended with the Spaniard crossing the line first but not without showcasing his raw talent to the crowd. 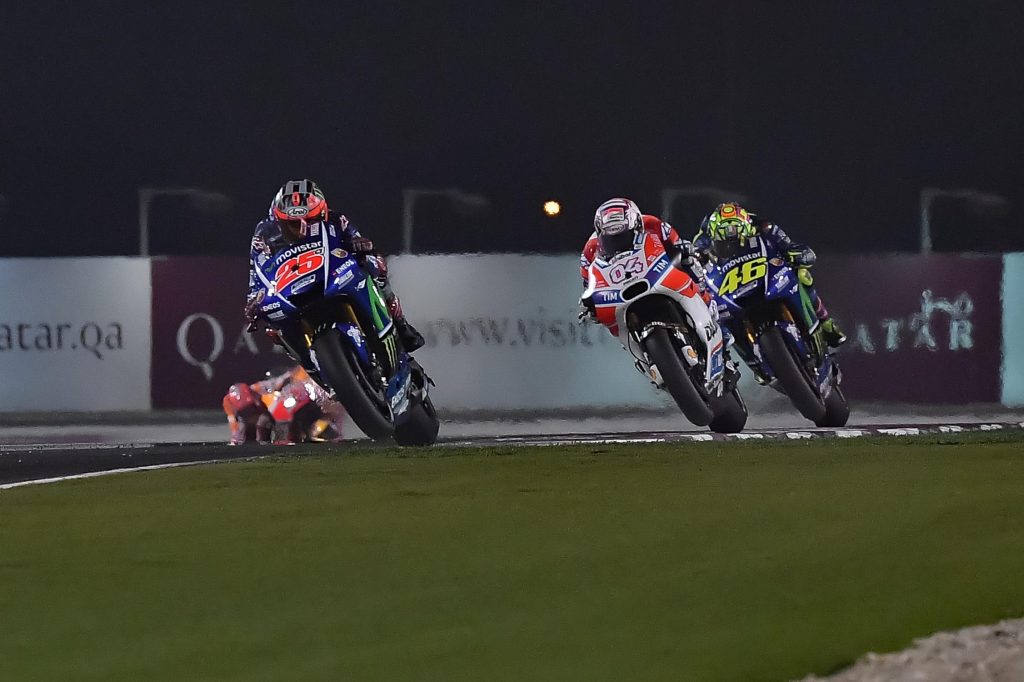 After a dramatic Saturday where the Free Practice 4 and Qualifying sessions were cancelled due to flooded tracks after a torrential rain, the grid was set according the riders’ best combined practice times in the previous sessions. What none of us expected was MotoGP rookie Johann Zarco from the Monster Yamaha Tech 3 outfit leading the race. What seemed like a fairytale story for the Frenchman ended up in disaster when he crashed out while leading with only 14 laps remaining. 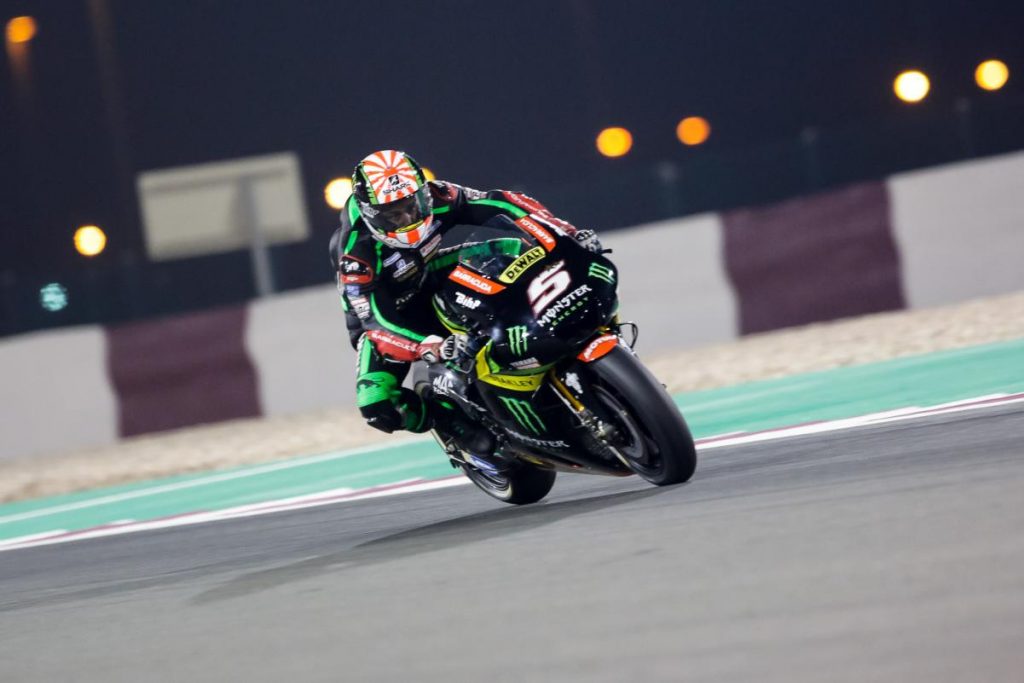 The battle for podium throughout the race was between Andrea Dovizioso (Ducati Team), Andrea Iannone (Suzuki Ecstar) and Marc Marquez (Repsol Honda). With only 10 laps remaining, Andrea Iannone washed out from the race and Marquez slowly dropped his pace while Vinales and his team mate, Valentino Rossi made their way to the podium spots. 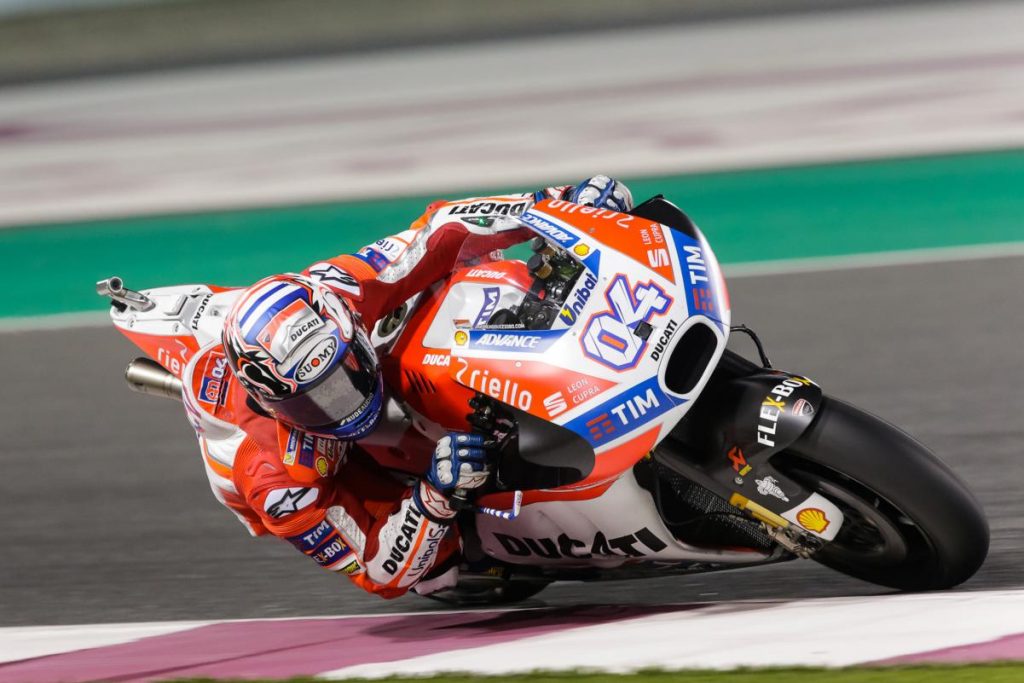 It was a hard fought battle between Dovizioso and Vinales who kept exchanging places for the rest of the race with the Yamaha M1 being consistently fast in the corners only to get beaten in the straight by the sheer power and speed of the Desmosedici GP17. Rossi stayed in third position to witness the battle the two riders in front of him. 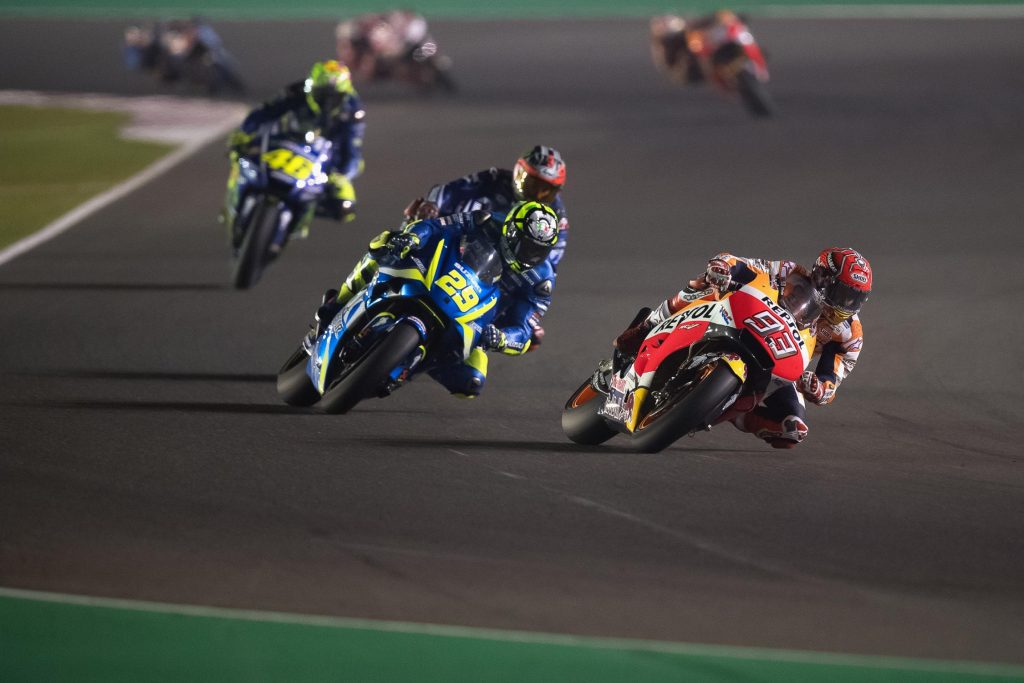 Marc Marquez finished the race in fourth with his team mate Dani Pedrosa in fifth. It was an interesting battle as well for the Repsol Honda duo as they had to fend off a surprising opponent, Aleix Espargaro from the Aprilia Racing Team Gresini. They exchanged positions for a few times but Espargaro finished a very close sixth behind the factory Honda riders. 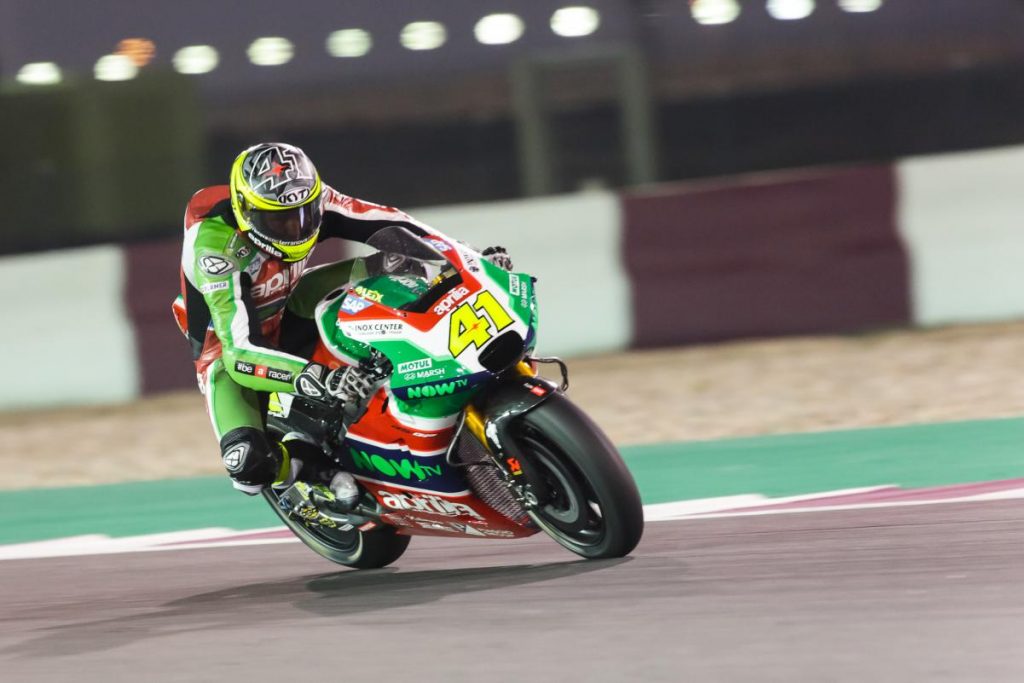 As predicted, Jorge Lorenzo had quite a hard time adjusting his riding style and pace to his newly acquired Ducati ride. Lorenzo only managed to place P11 behind another MotoGP rookie, Jonas Folger of the Monster Yamaha Tech 3 squad. CLICK HERE to check the full results of the Grand Prix of Qatar. 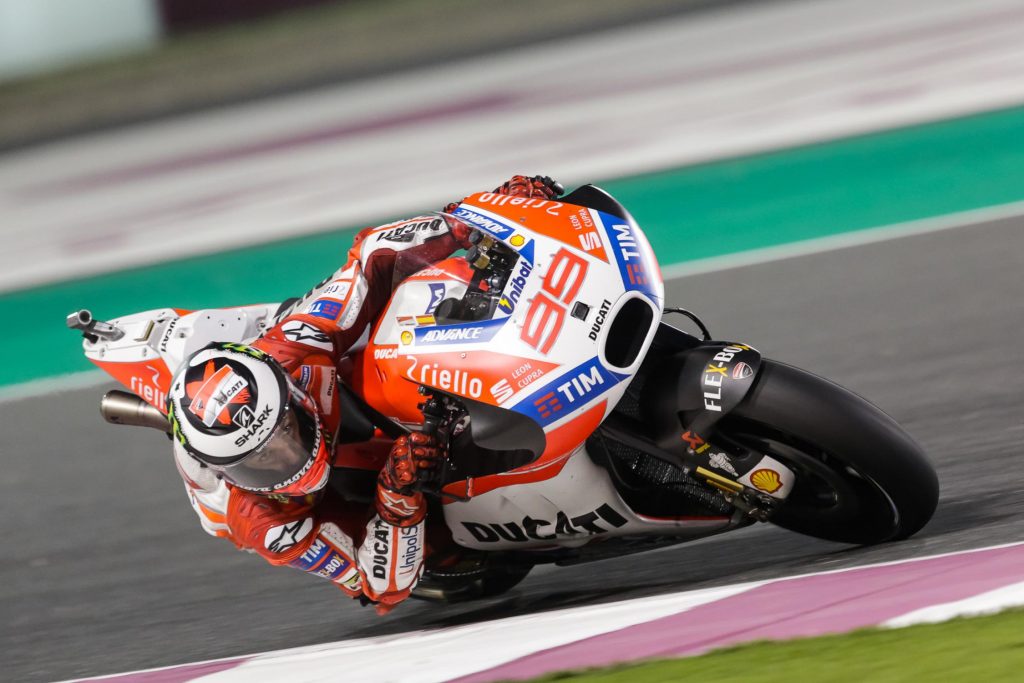 The next round will head to Argentina where the boys will duke it out again at the Gran Premio Motul de la República Argentina. The Termas de Río Hondo track will host the second round on 9 April 2017 in two weeks’ time. Stay tuned to Bikes Republic for more MotoGP updates. 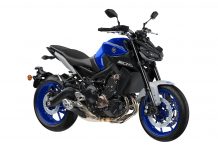 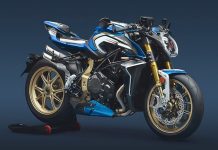