Maverick Vinales (Movistar Yamaha MotoGP) and his soft rear tyre gamble paid off after crossing the finish line in second place ahead of his team mate, Valentino Rossi who finished in third.

Marc Marquez (Repsol Honda) suffered a major engine failure which not only caused him the race but also the championship lead which has now been taken over by Dovizioso with a 9-point advantage. 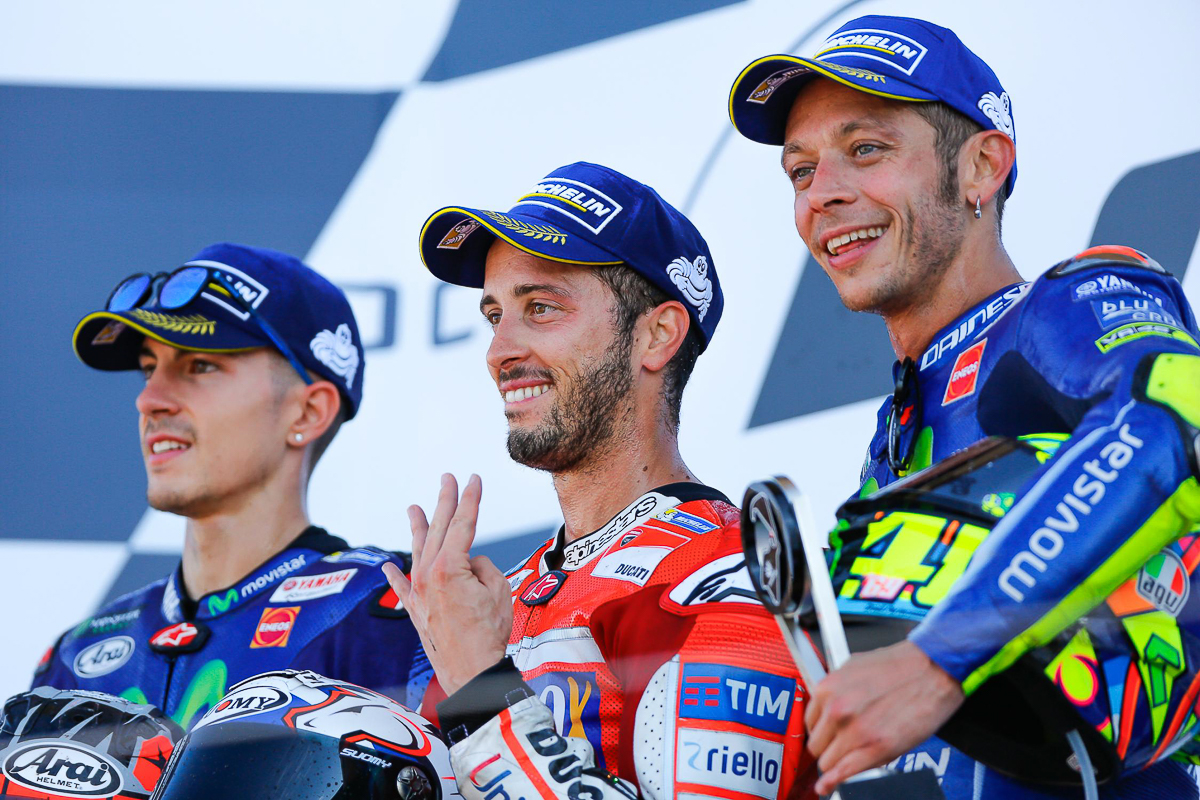 It was yet another unbelievable Sunday race in yesterday’s British GP where Andrea Dovizioso of Ducati not only won the race but took over the championship lead from Repsol Honda rider, Marc Marquez. The unexpected turn took place at the iconic Silverstone circuit.

What a race and what a season for Andrea Dovizioso! He takes over the championship lead! 💪Relive the #BritishGP by signing up for a FREE #MotoGP VideoPass Trial ➡ http://bit.ly/BritishGP-FREE*This offer is not available in Spain or Italy

It was another textbook performance by Dovizioso and his Ducati Desmosedici GP17 who maintained a steady pace throughout the race before making his final move in the final three laps. His Ducati with the traditional fairing setup was just too fast and too good especially in the straights where it was on average 10km/h faster compared to Marquez’s Honda RC213V. 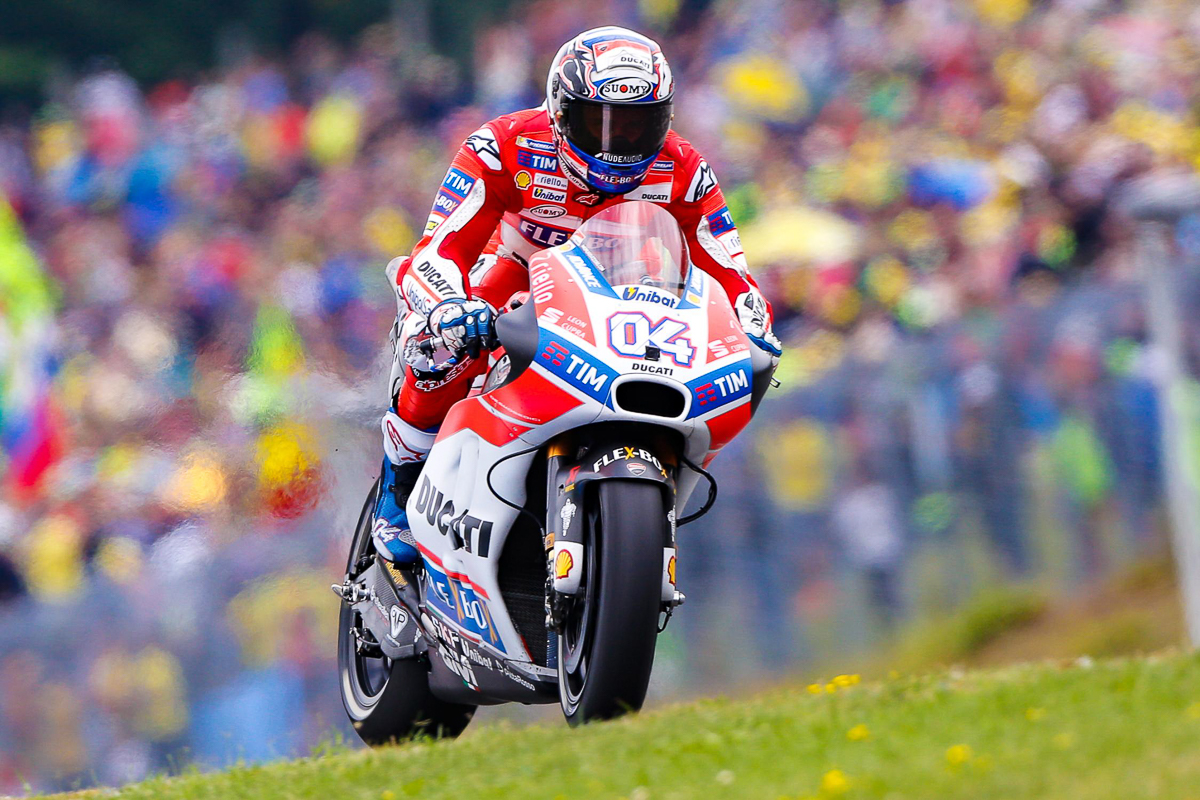 With Valentino Rossi (Movistar Yamaha MotoGP) leading the majority of the race, the 38 year old Italian started to lose pace due to rear tyre issue. Apart for Dovizioso, Maverick Vinales (Movistar Yamaha MotoGP) also took advantage of the situation by overtaking Rossi for the second place finish. Rossi ended the race on top of the third podium spot. 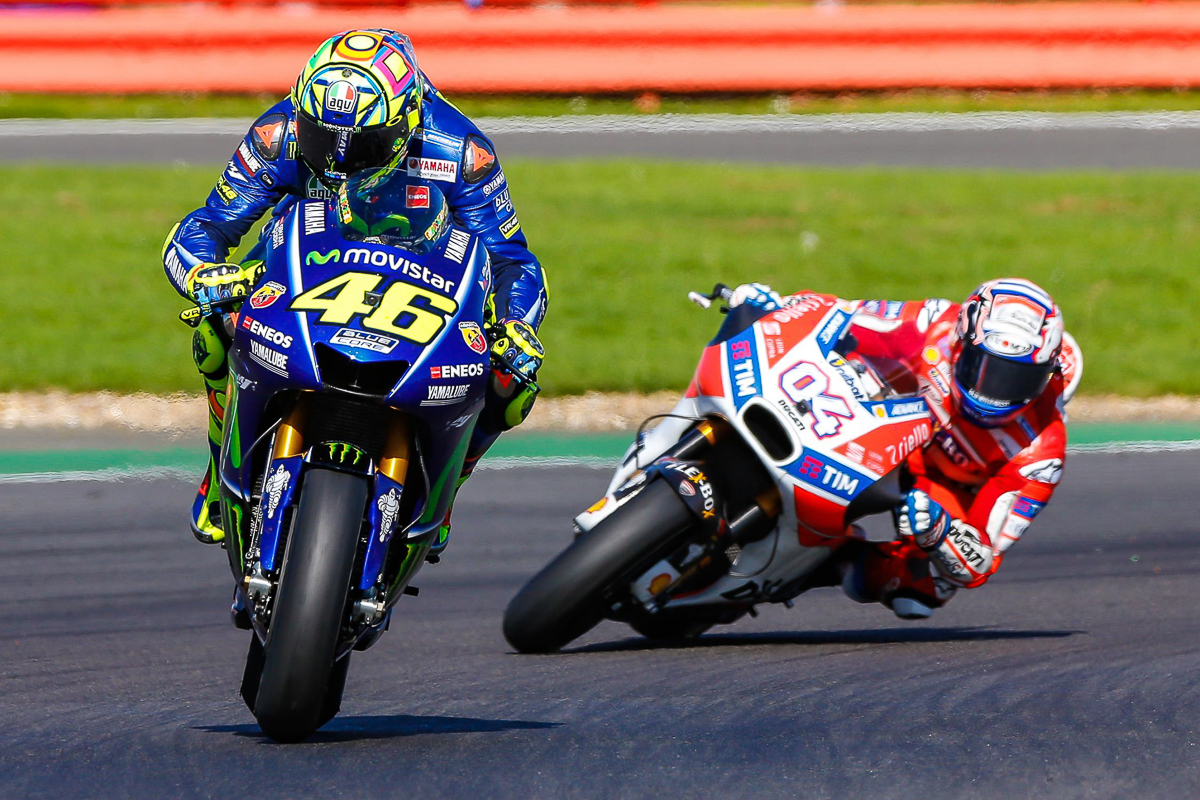 The gamble taken by Vinales with using the soft rear tyre option paid off when he managed to reserve the tyre up until the chequered flag where he was only 0.114 seconds behind race winner, Andrea Dovizioso. 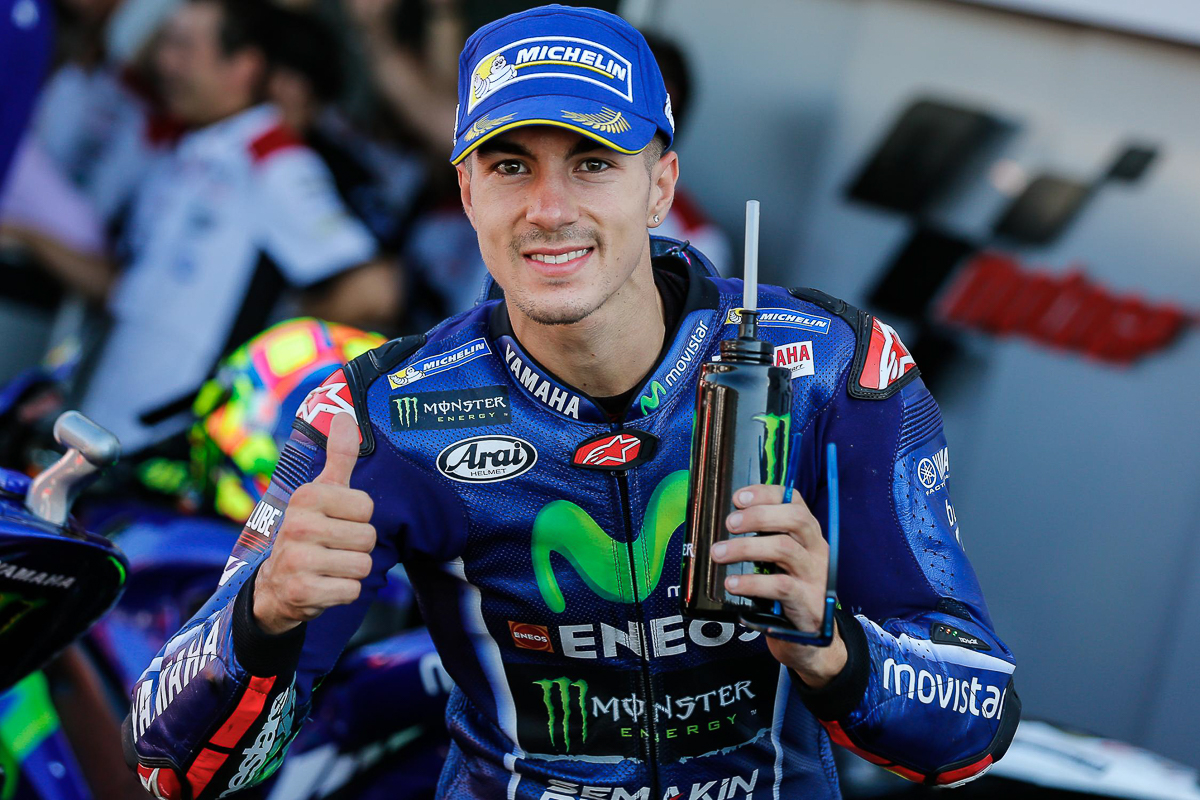 The biggest blow however was suffered by Repsol Honda rider, Marc Marquez. Having led the championship coming into the British GP, the Spaniard was on a strong pace for the race win in front of the British spectators but his Honda suffered a very rare catastrophic engine failure while fighting with the front group.

Game over for the Honda!

MASSIVE MOMENT! Marquez is out of the #BritishGP! 😱

On the other hand, hometown hero Cal Crutchlow (LCR Honda) crossed the finish line in fourth position. The Brit raced brilliantly where he managed to stick with the front factory riders throughout the entire race. Crutchlow went into parc ferme as this round’s top independent rider. 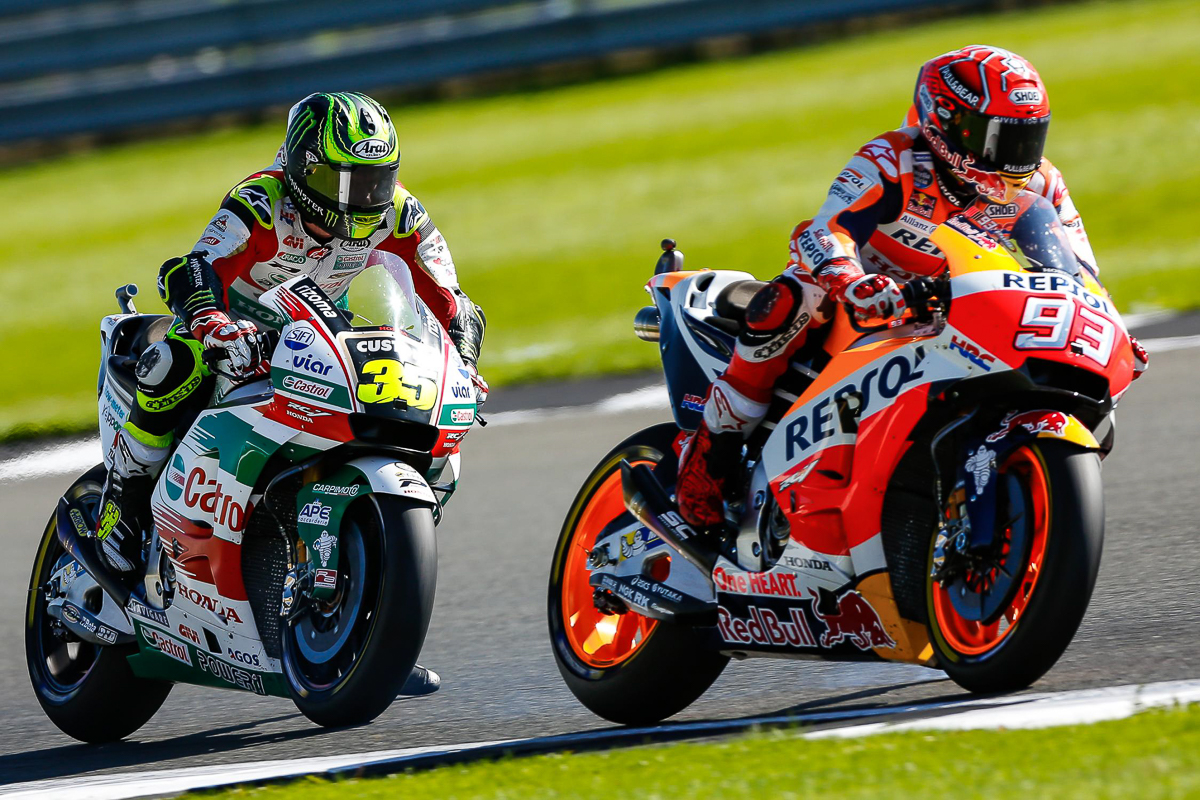 With Dovi’s win and Marquez’s bad luck with the engine blow, Andrea Dovizioso now leads the 2017 MotoGP world championship with 183 points; 9 points ahead Marc Marquez who drops to second with 174 points. Maverick Vinales still sits in third place with 170 points followed by Rossi with 157 points. 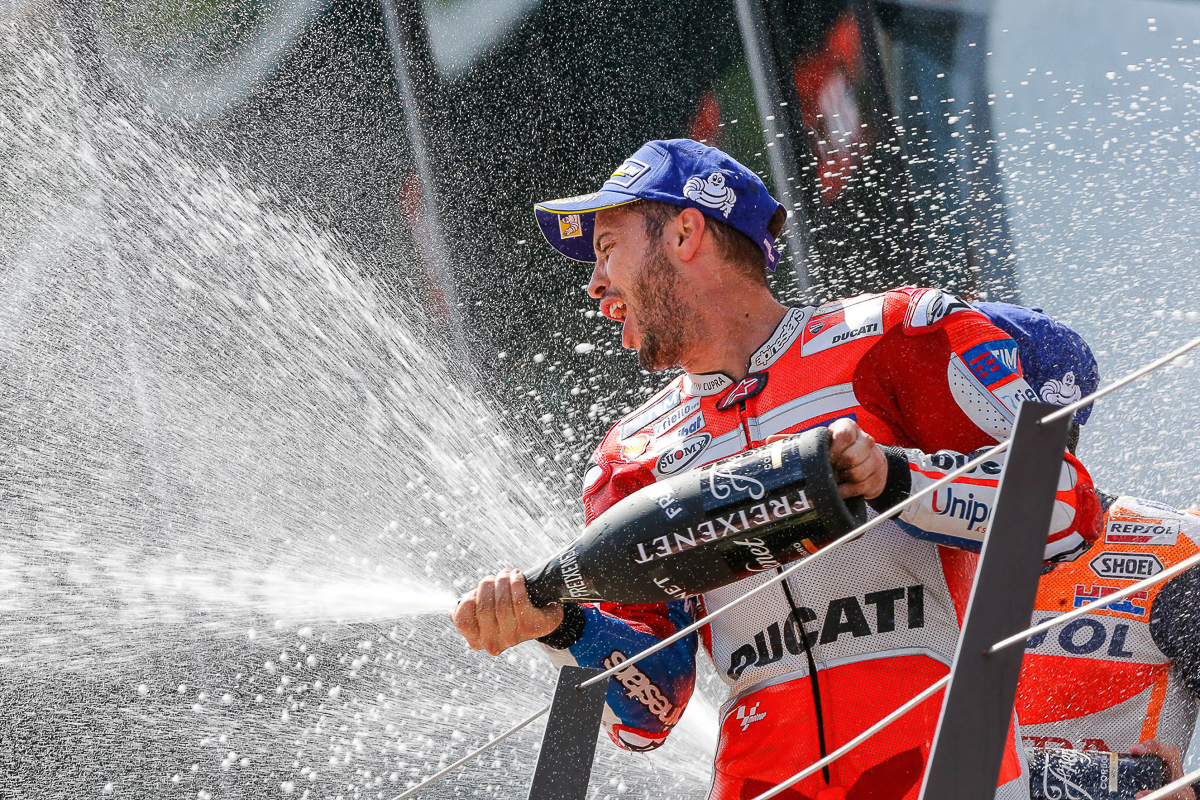 With six rounds remaining, will Dovizioso and Ducati continue their dominance and finally clinch that all important championship title? Looks like the boys from Repsol Honda and Movistar Yamaha will need to think of something quick because as of now, DesmoDovi, the master race tactician is looking unstoppable. 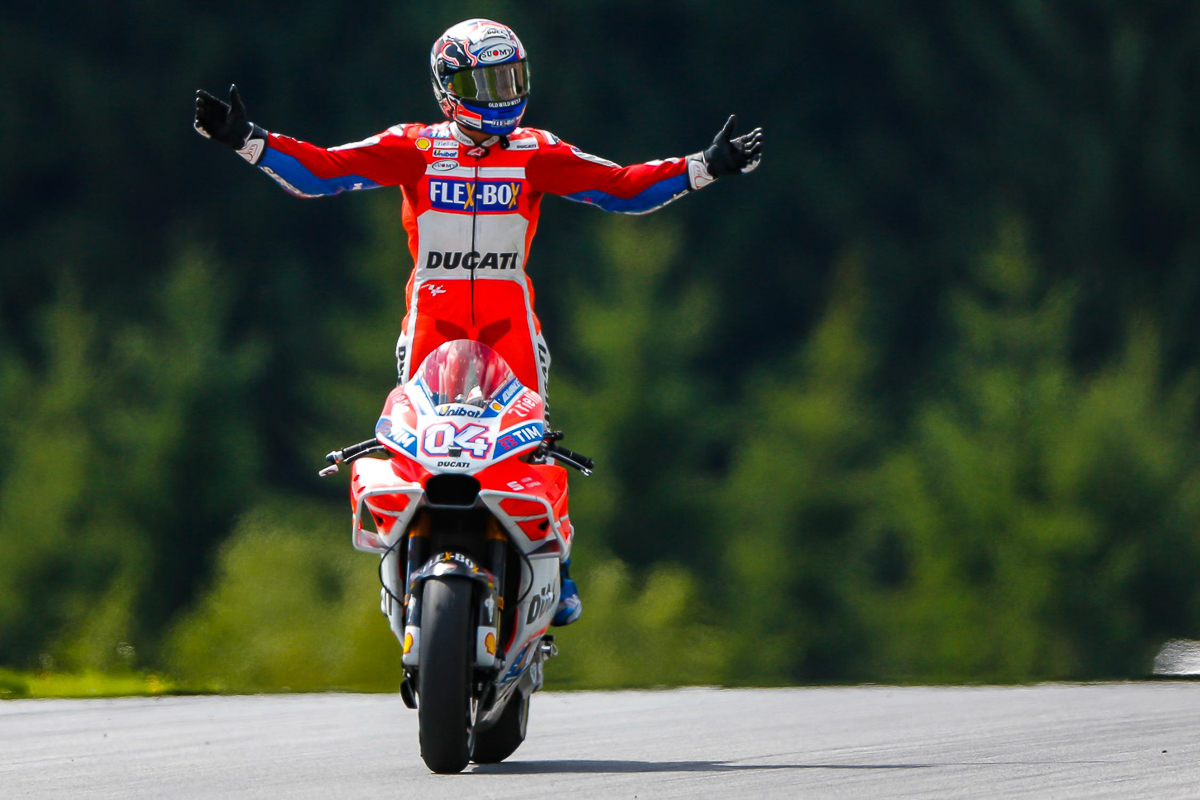