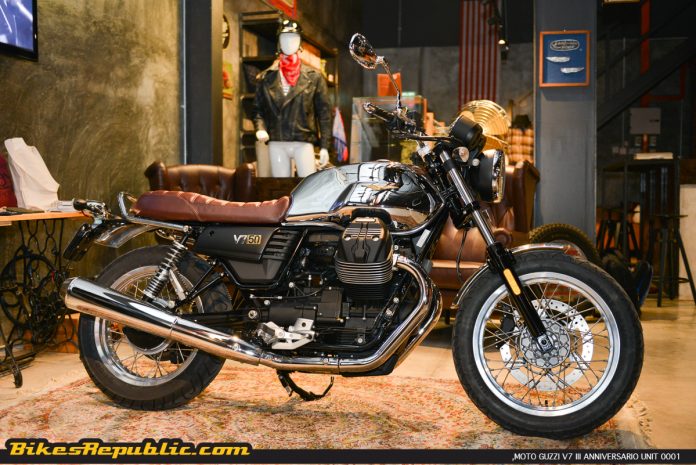 Moto Guzzi Malaysia has acquired Unit 0001 of the V7 III Anniversario. It’s of great significance as production of the model is limited to only 1000 units worldwide. 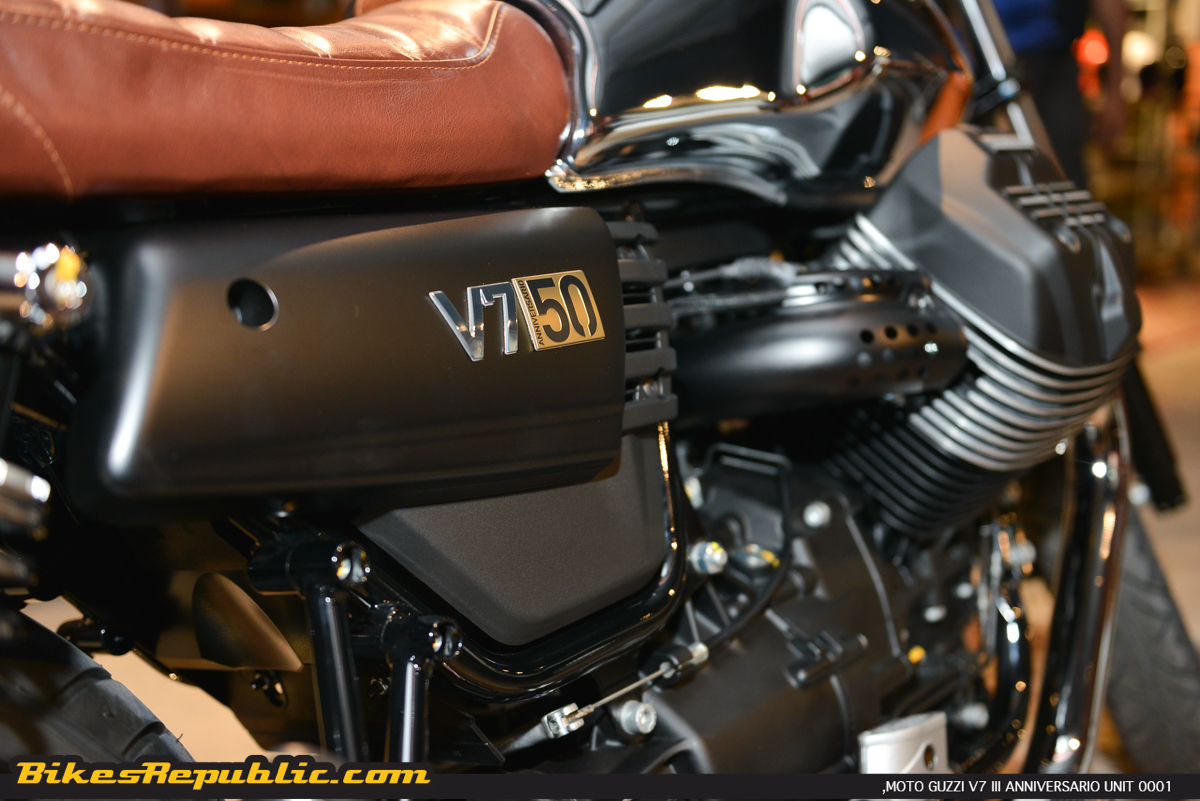 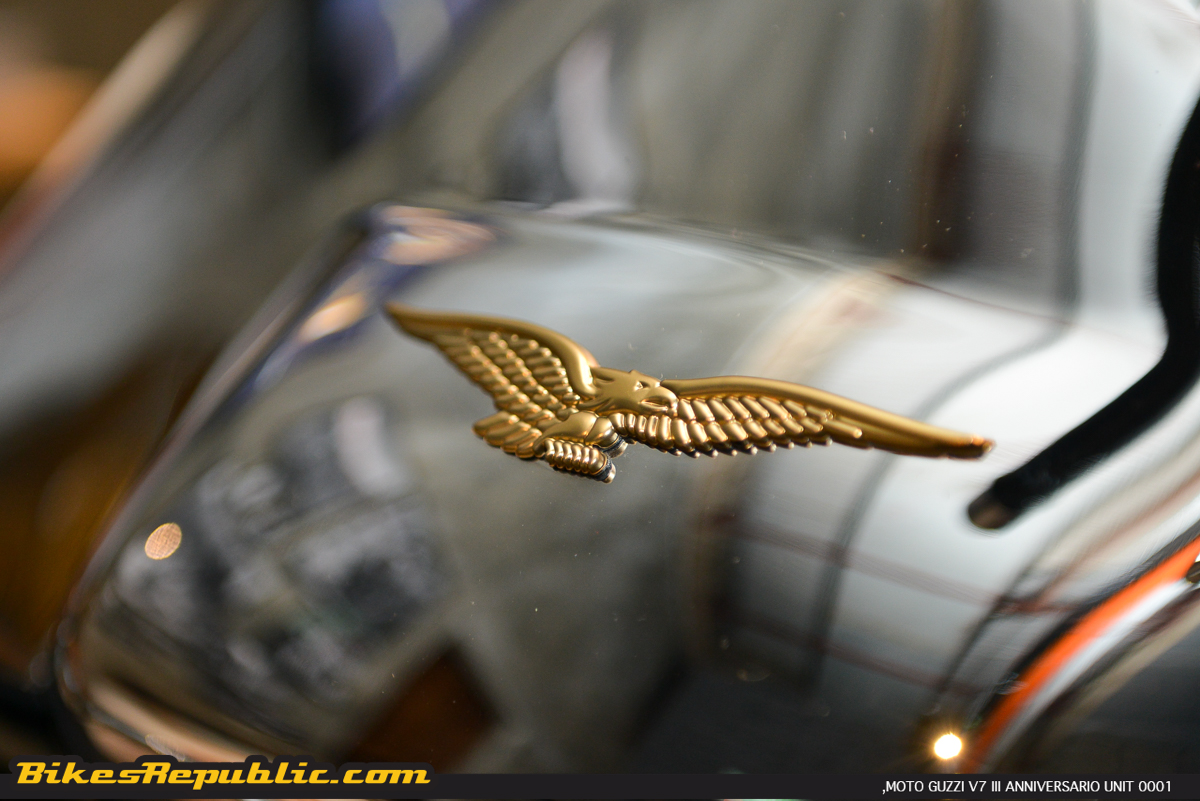 The mudguards are polished aluminium, the passenger grab bar is chrome plated steel, while the wheels get exclusive polished channels and grey hubs. 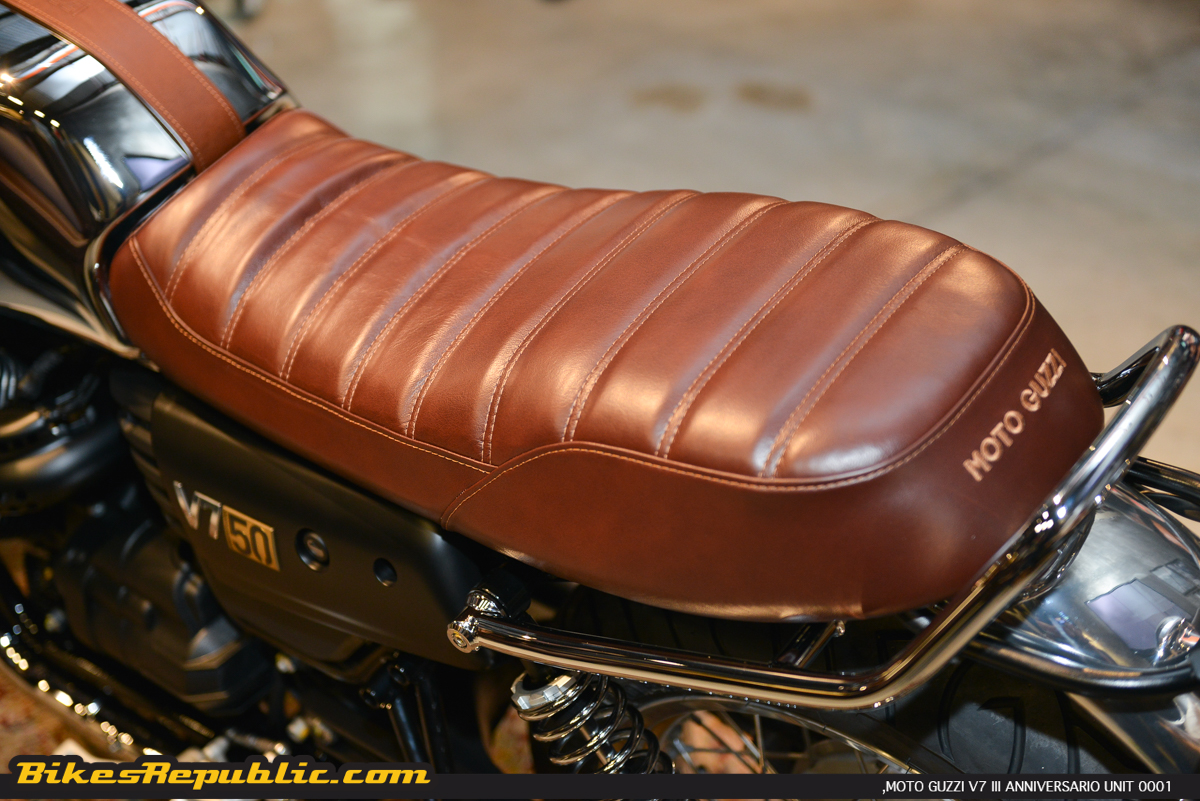 Perhaps most importantly, the handlebar riser is laser inscribed with the production number XXXX/1000. 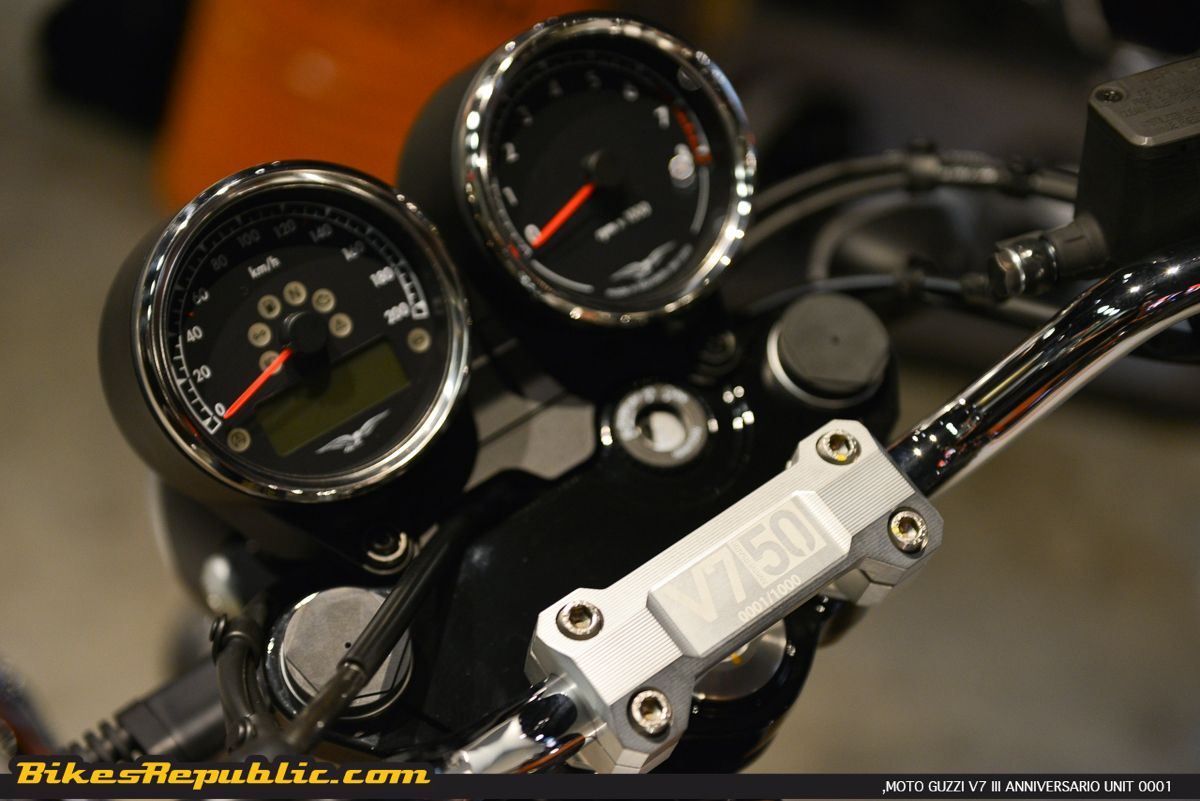 While based on the V7 III Special, the Anniversario’s engine has been tuned for a 10% power gain. The steel frame with dismountable double cradle maintains the same 46/54% front/rear weight distribution, however the front portion has been revamped and reinforced with a new steering geometry for better handling, cornering and stability. 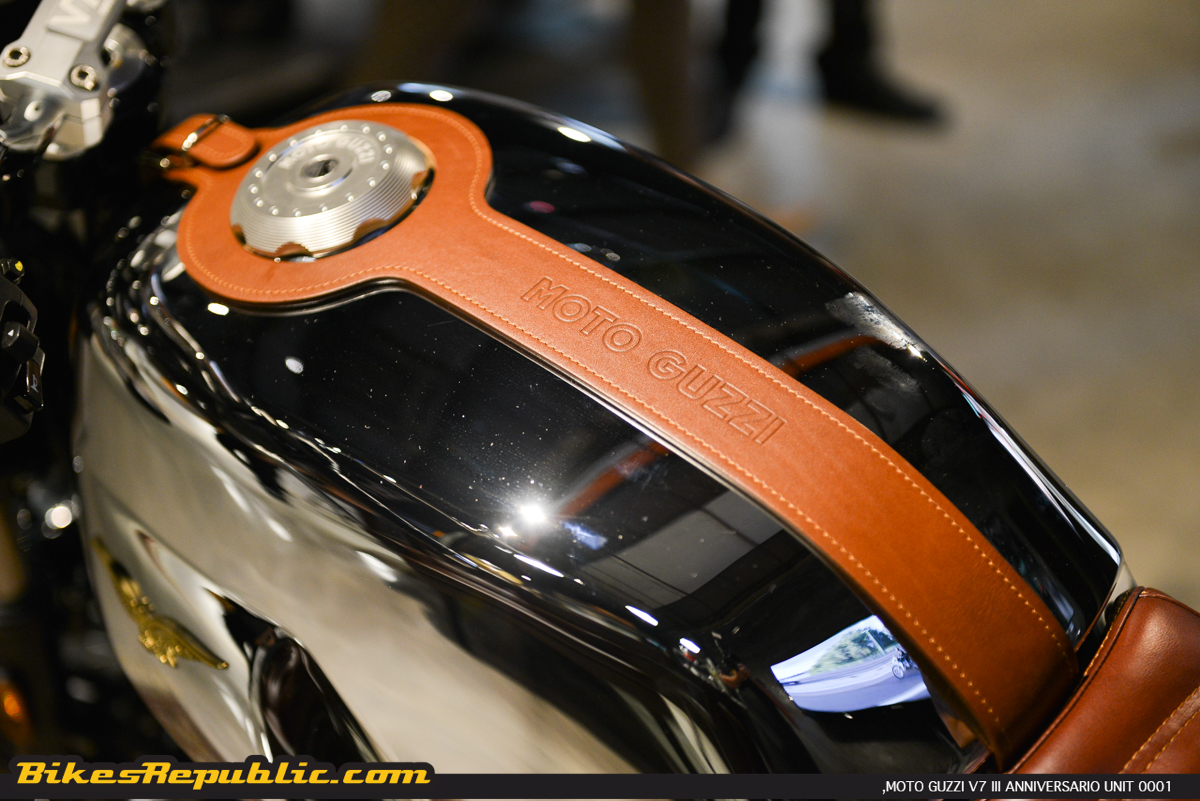 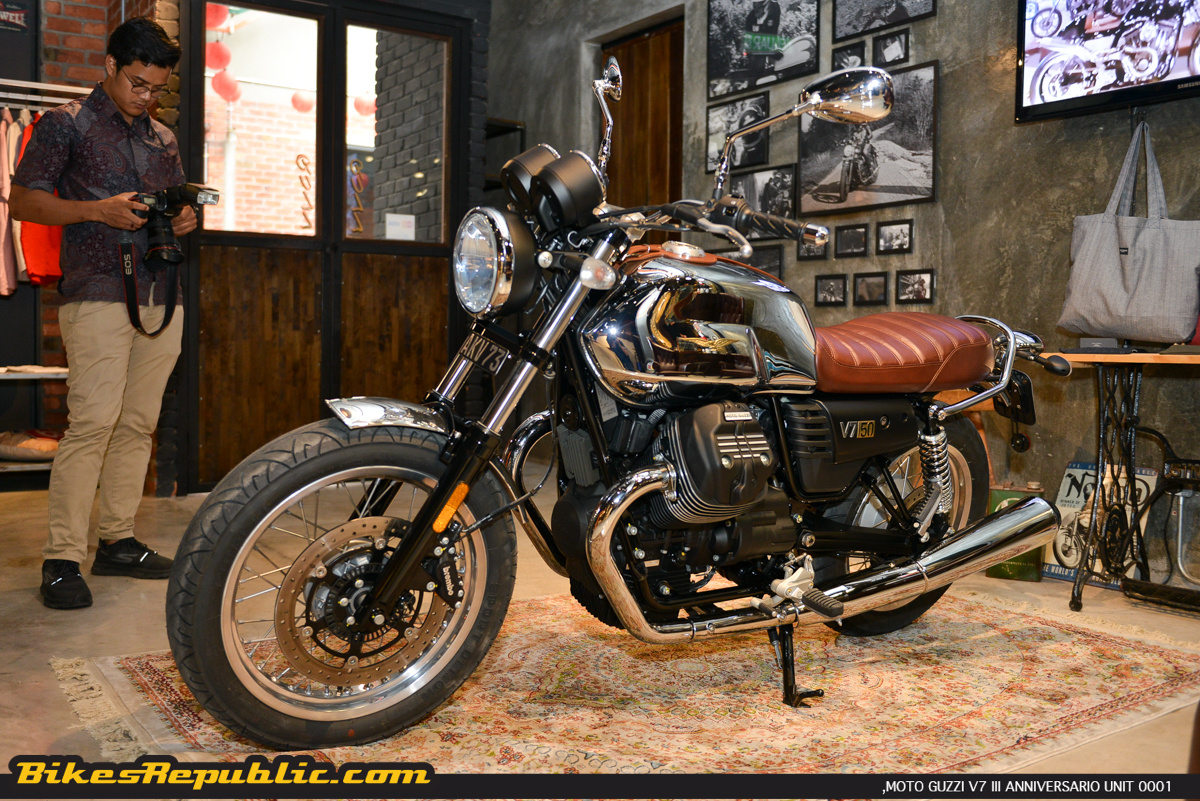 “I am proud that we managed to acquire the 0001 unit of the III Anniversario and this would also be a pride for Moto Guzzi enthusiasts in Malaysia,” said Rewi Bugo, Chairman of Didi Resources Sdn. Bhd. Didi Resources is the official importer and distributor of Moto Guzzi motorcycles in Malaysia.

The Moto Guzzi V7 III Anniversario is available for viewing at The Gasket Alley, Petaling Jaya, and priced at RM 80,900 (inclusive of 6% GST but not on-the-road).