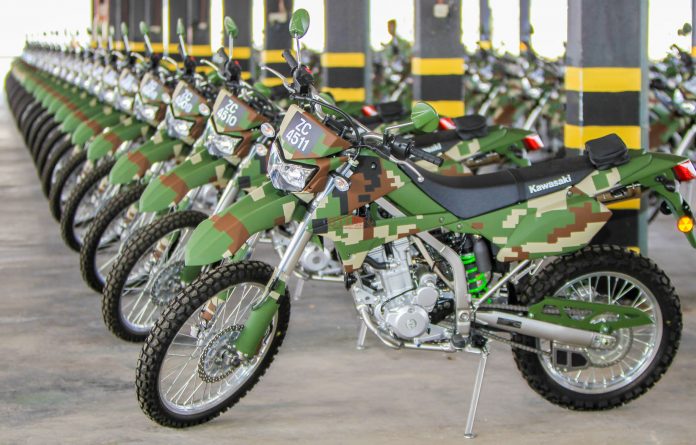 The Malaysian Army has added 180 units of the Kawasaki KLX 250 as part of their assets list to discharge their duties during operations. 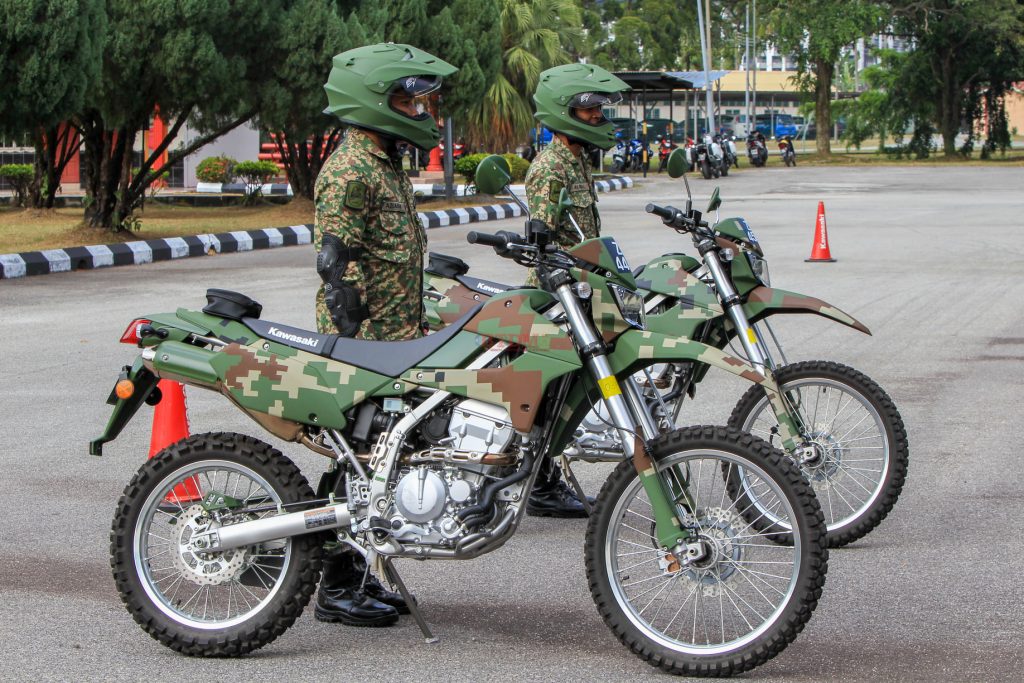 The motorcycles will be used as part of the ongoing OP BENTENG – which is an multi-enforcement agency initiative to prevent illegal entry of foreigners, and is also part of the Malaysian government’s initiative to curb Covid-19 infections. 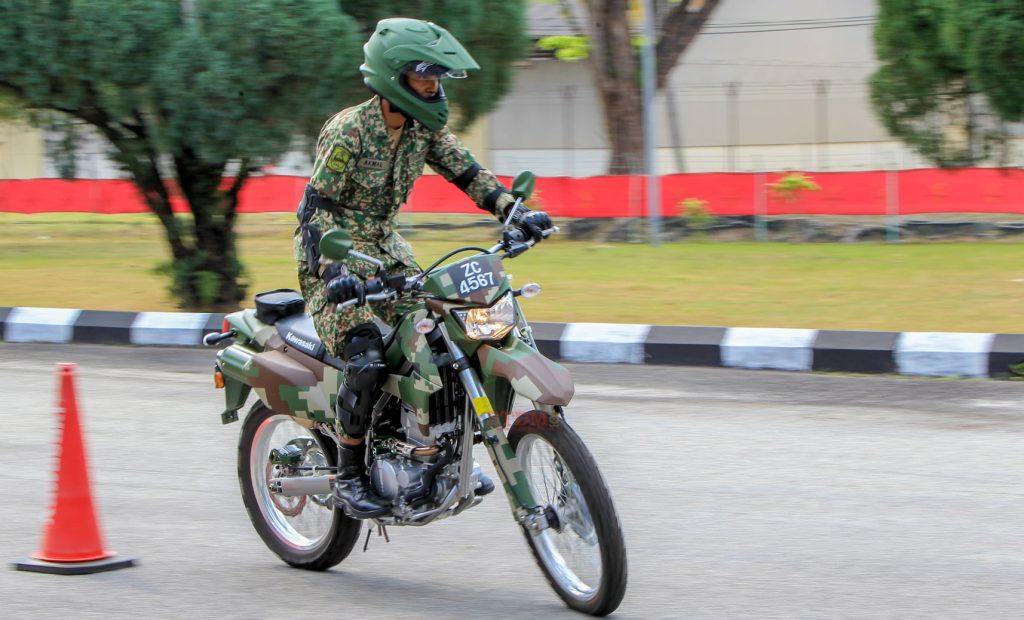 According to reports dated October 2020, OP BENTENG had at that time already nabbed 7,000 illegal immigrants. A further 775 skippers and 316 human traffickers were also arrested nationwide during the same period. 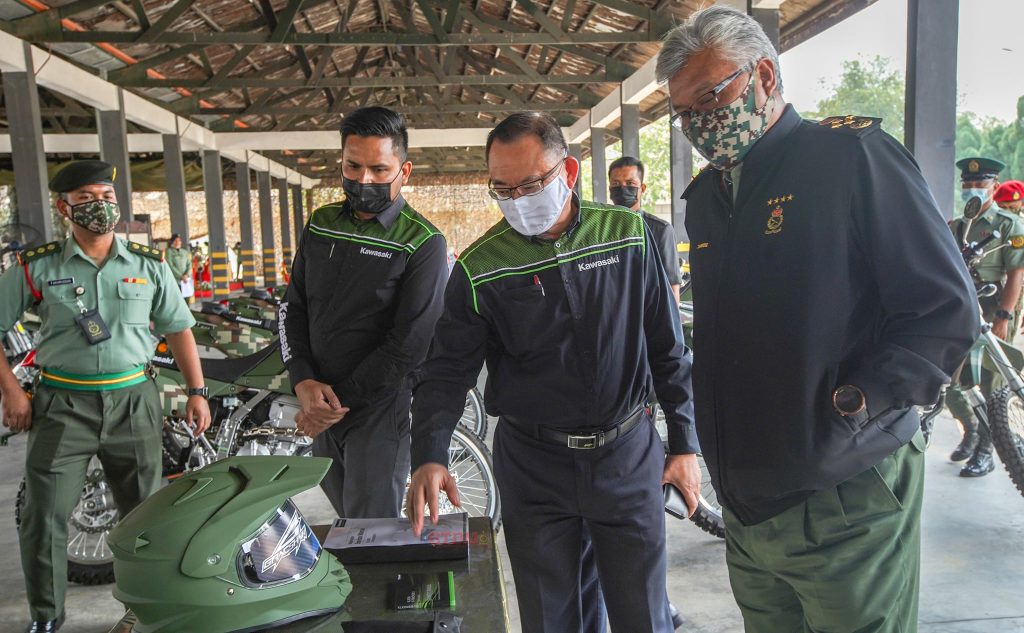 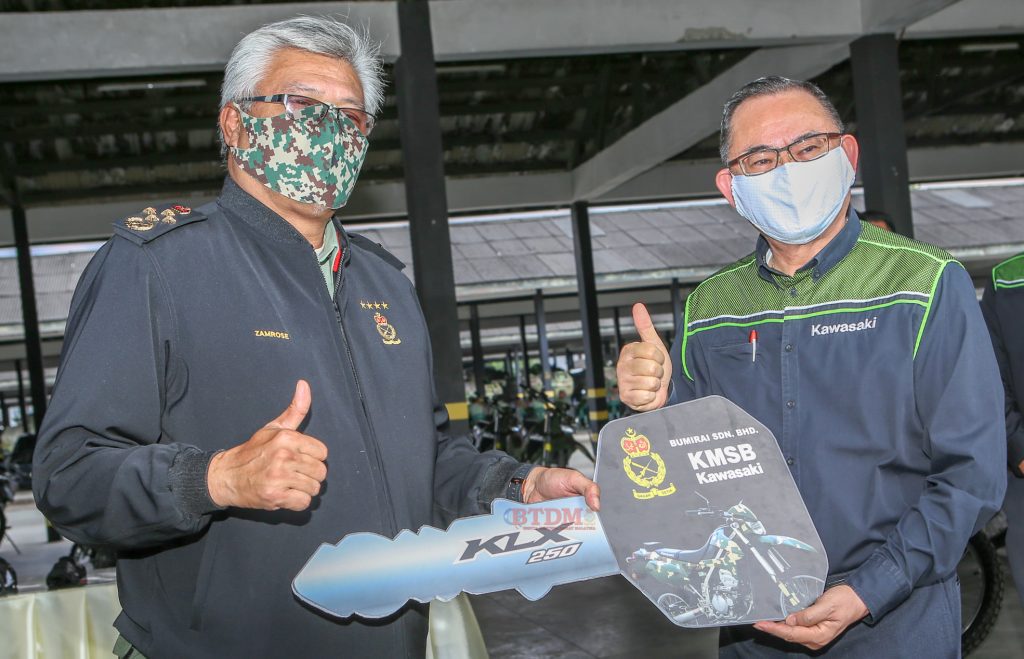 There was also a special demonstration of the capabilities of the KLX 250 conducted by The Army Warrior Motorcycle Team. 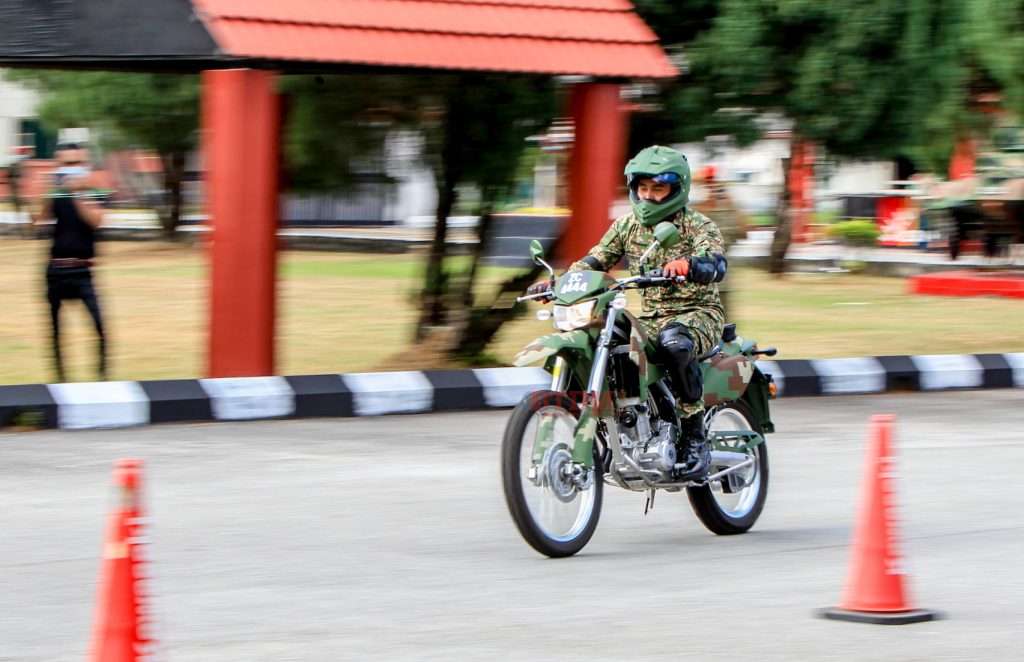 The motorcycles will be put to immediate use at the various borders of Malaysia to help in patrolling and curbing illegal entries into Malaysia.