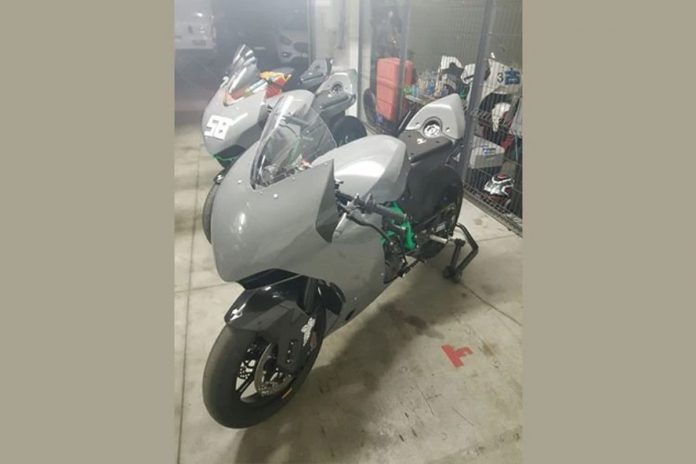 KTM is said to be working on a new concept motorcycle specifically built for track days.

According to Speedweek, they managed to track down a prototype, an 890cc two-cylinder motorcycle.

This is not the first time a KTM engine has been turned into a track-only machine, as Kramer Motorcycles developed GP2 890 R with the 890 Duke engine.

However, the images shown are not a motorcycle built by Kramer; instead, reports suggest this is a bike built 100% by KTM.

In 2014, KTM was rumoured to produced a slightly lower spec of the MotoGP RC16 machine for the mass market.

Sadly, the idea was opposed by KTM CEO, Stefan Pierer.

“f you want to build a racing motorcycle as close as possible to the MotoGP version, it costs so much money that nobody can or will pay for it,” he said.

Nevertheless, the track-only prototype still gets us feeling excited even though we have yet to know when will the motorcycle be made for the public.