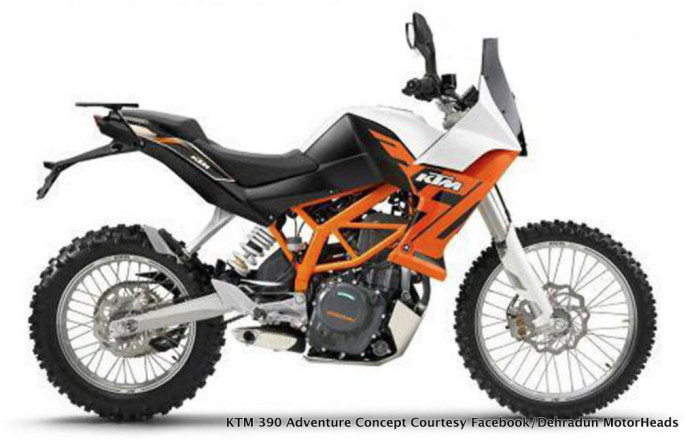 Its been in the rumour mill since 2014, and there were plenty of speculations surrounding its debut date since. Now, the KTM 390 Adventure looks like it is happening for real.

These spyshots published this week by MCN shows what is believed to be a prototype of the long-rumoured model undergoing road tests. With this, we can now finally expect Team Orange to finally join in the small capacity adventure segment with BMW, Kawasaki and Suzuki.

The prototype spotted appears to have a carbon fibre front subframe lifted from the 690 Rally Raid model, but it seems unlikely to make the cut for production. Nevertheless, the chassis looks well equipped with WP front forks lifted from the 690 Duke and twin-piston Brembo caliper brakes – single disc all-round.

The 19-inch front and 17-inch rear wheel sizes suggest a more road-bias setup for now. There’s also a clearly tougher-looking rear swingarm plus an offset rear shock position, with the latter offering easier access and and reduced exposure to dirt and muck flung from the tyre.

Additionally, the prototype’s fuel tank appears to be much larger than the one primed in the 690 Duke. This should also grant the KTM 390 Adventure with some serious long distance abilities whilst the steel trellis rear subframe should add the ability to mount hard panniers as well. 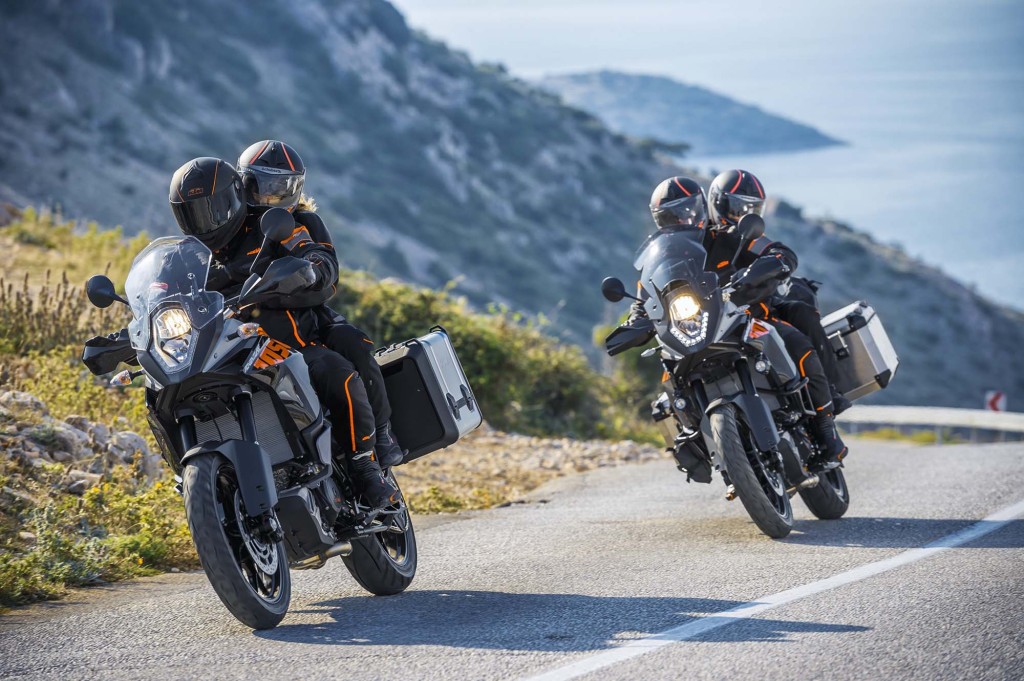 This being a prototype in very early development stage, there’s very little to gauge with its styling, but the windscreen and headstock assemblies appears to comply with KTM’s typical adventure styling traits.

Credible sources speculate that the KTM 390 Adventure will officially bow as a 2018 model alongside the new parallel-twin-powered 790 Duke middleweight. However, some are also speculating that this model could be sold under sister brand Husqvarna instead. Only time will tell.