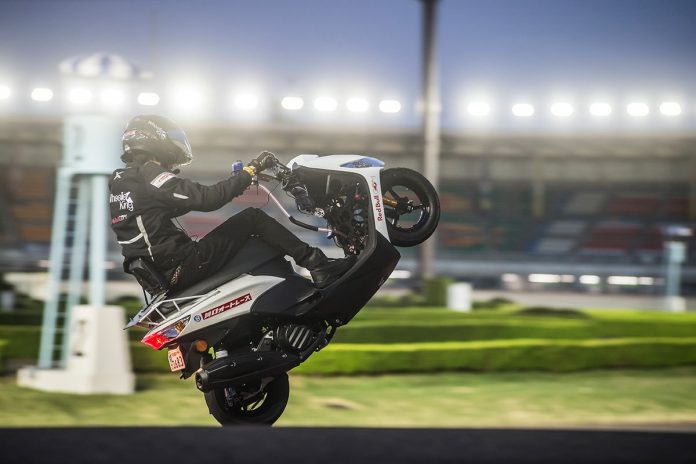 He completed the attempt in over 13 hours on board a Yamaha Jog 50cc scooter.

The distance covered is enough to travel from Kuala Lumpur all the way to Perlis with one wheel up in the air the whole time! 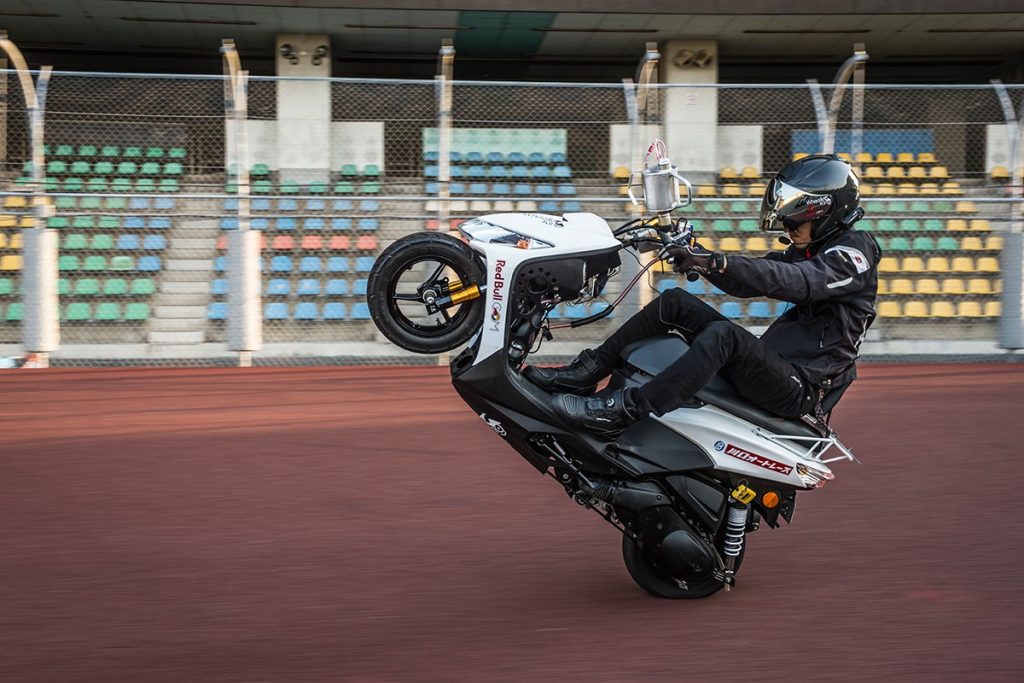 33 year old Masaru Abe from Japan not only obliterated the old wheelie record of 331.0195km, he actually wheelied his Yamaha Jog scooter at an unbelievable distance of 500.5322km! Now known as the undisputed “Wheelie King”, Masaru set his record on 1 May 2017 at the Kawaguchi Auto Race facility located in Saitama which took him over 13 hours to complete. 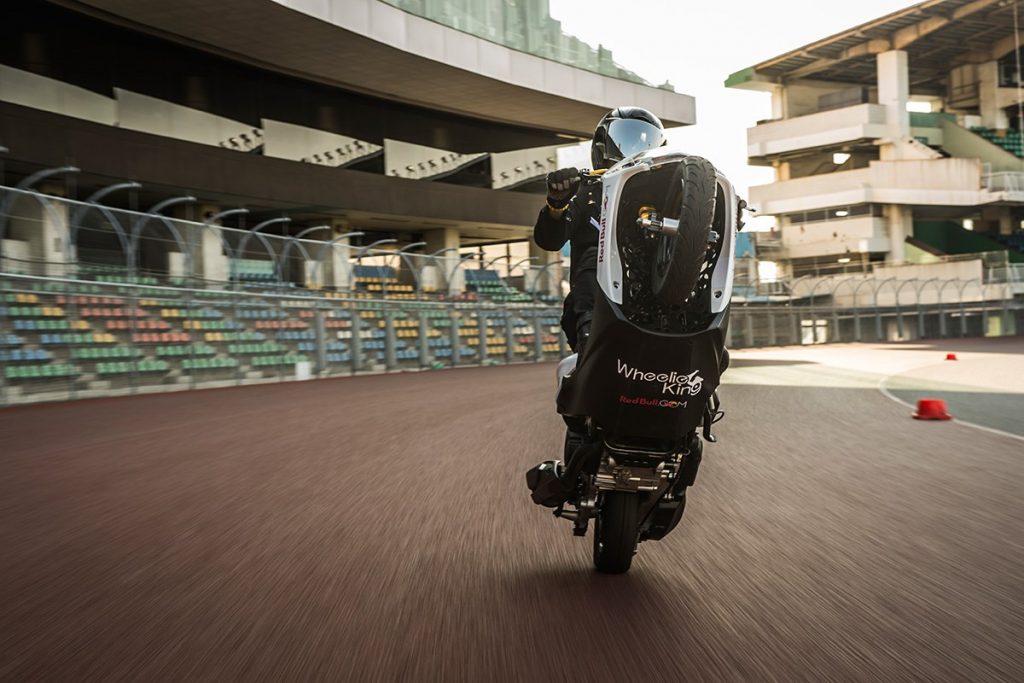 500km is a long distance to travel even in comfort. Just imagine doing the distance with the front wheel dangling up in the air for over 13 hours from the middle of Kuala Lumpur all the way to Perlis! The record breaking attempt started at 7.09am where Abe maintained a steady 40km/h around the oval track. 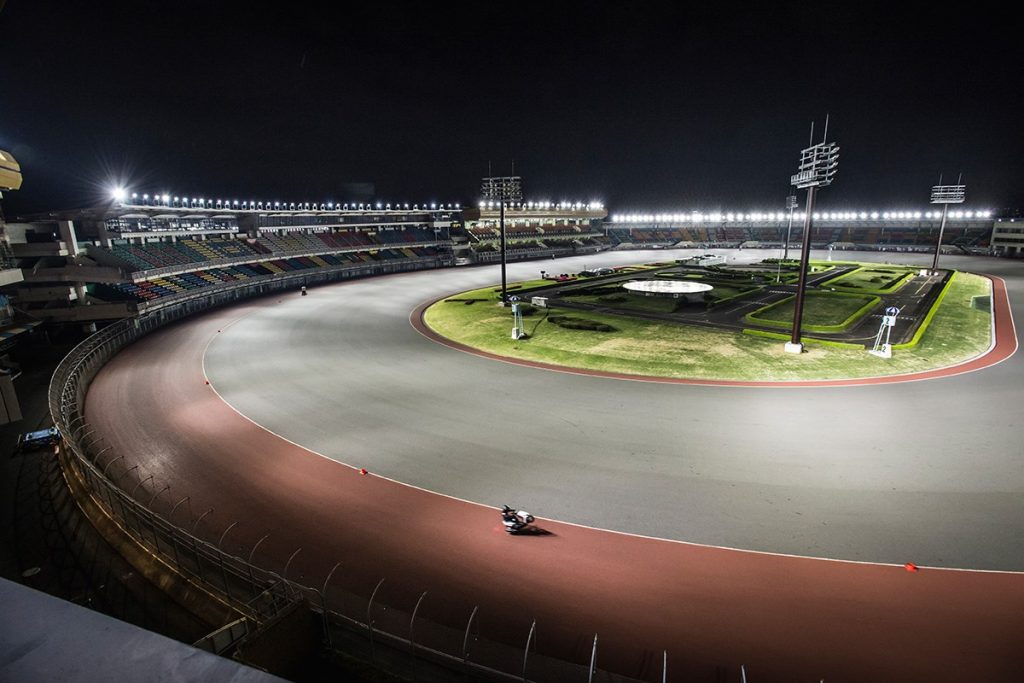 Two hours into the record attempt, Abe experienced lower back pain and had to take a break to consume some painkillers in order to make the rest of the journey bearable. Since it’s only a small capacity scooter, the team had to come up with a unique way to refuel the machine without interrupting Abe’s momentum.

In order to refuel, the support crew road alongside Abe where he was given a refuelling unit to connect to a quick release coupling on the handlebar. Once the job is done, the support crew simply rolled away for Abe to continue his one wheel journey. 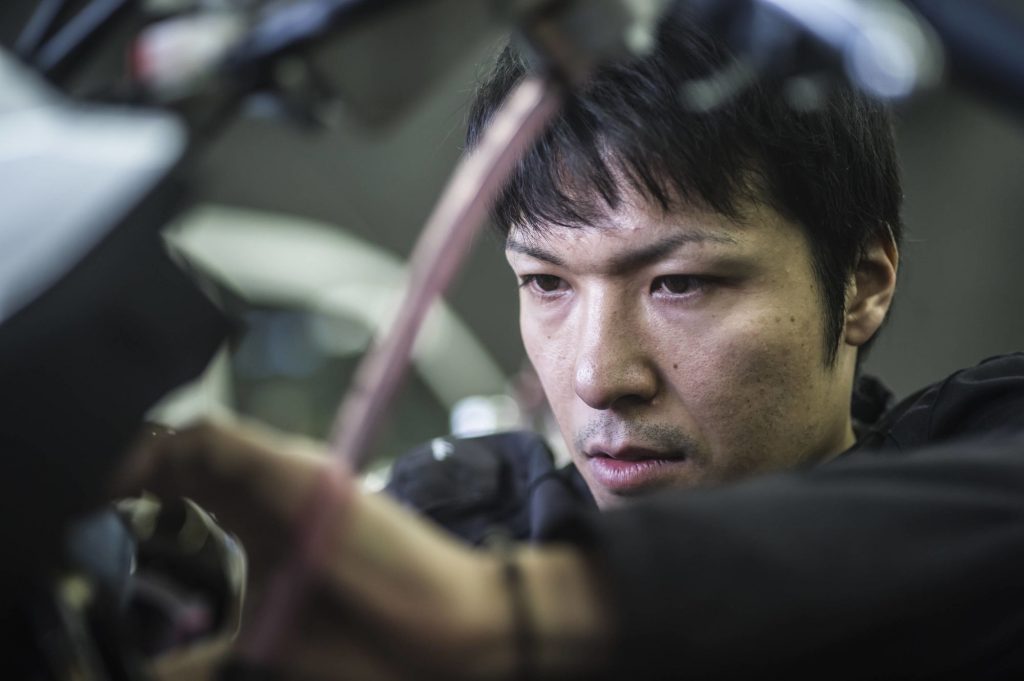 Even former two-time 125cc world champion Haruchika Aoki came to the facility four hours into the attempt to offer his support and motivation for Abe. According to Motorcyclist Online, Aoki stated “I would never be able to perform wheelies with control on a weak 4-stroke 125cc scooter. This course is also known as being especially windy. The vehicles on the course can be engulfed in powerful wind. With the slopes on the track, I think just holding a wheelie is difficult enough.”

He actually passed the previous record at eight hours and 18 minutes but insisted to reach his target mark of 600km. 12 hours in, Abe was screaming in pain but at the same time shouted words of encouragement to himself but the pain was too much an hour later which stopped his record at just over 500km. 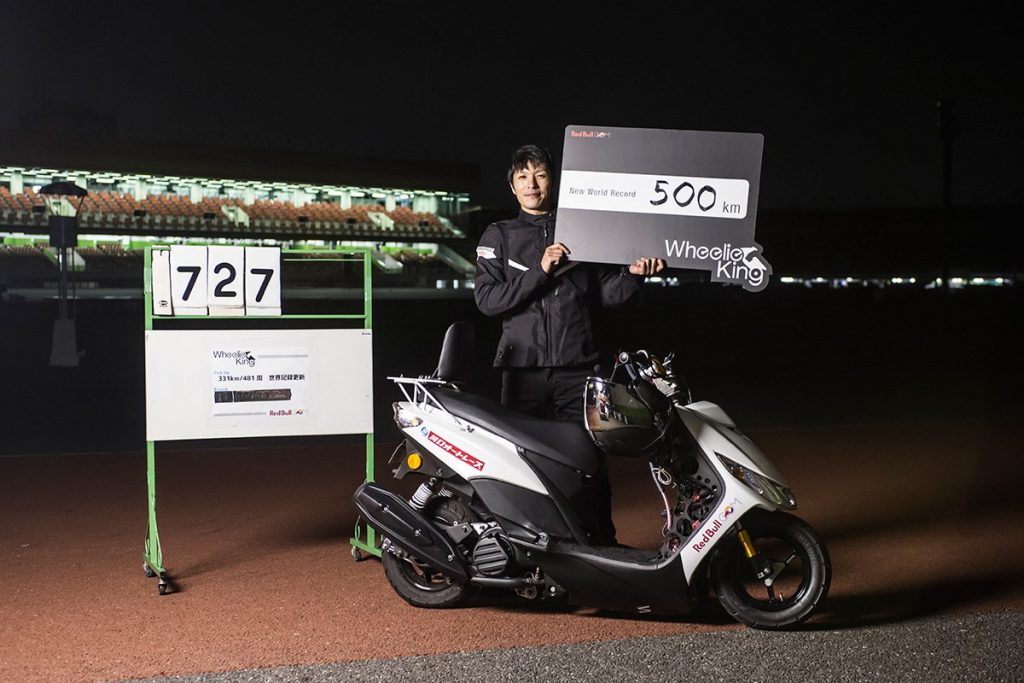 After the record breaking feat, Abe commented “If I didn’t go further than what I thought my own limit was, then someone else would. I thought if I was going to try and break the record, then I would have to post unattainable numbers that would leave people totally speechless.”

And you certainly did, Masaru Abe. You left all of us in awe and amazement with your stunning feat. Congratulations for the new world record!