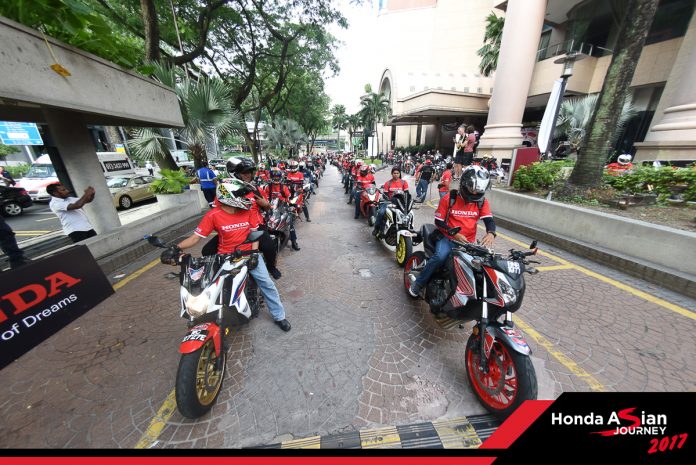 The second ever Honda Asian Journey 2017 concluded its convoy at the Shell Malaysia MotoGP round last weekend at the Sepang International Circuit.

The caravan started on 26 October 2017 in Melaka where a few lucky folks got the opportunity to pilot the powerful Honda RC213V-S.

Honda Asian Journey 2017 closed last Sunday at the MotoGP round were hundreds of participants cheered for their favourite Honda riders.

The three MotoGP flyaway races have just ended a couple of days ago with the conclusion of the Shell Malaysia Motorcycle Grand Prix. The races on Sunday were all packed with mind-boggling speed, overtakes and unpredictable weather. Out of all the 95,000 plus attendees who went to the Sepang International Circuit (SIC), one of the best groups who got to experience MotoGP Malaysia at its best was none other than the Honda Asian Journey 2017 caravan. 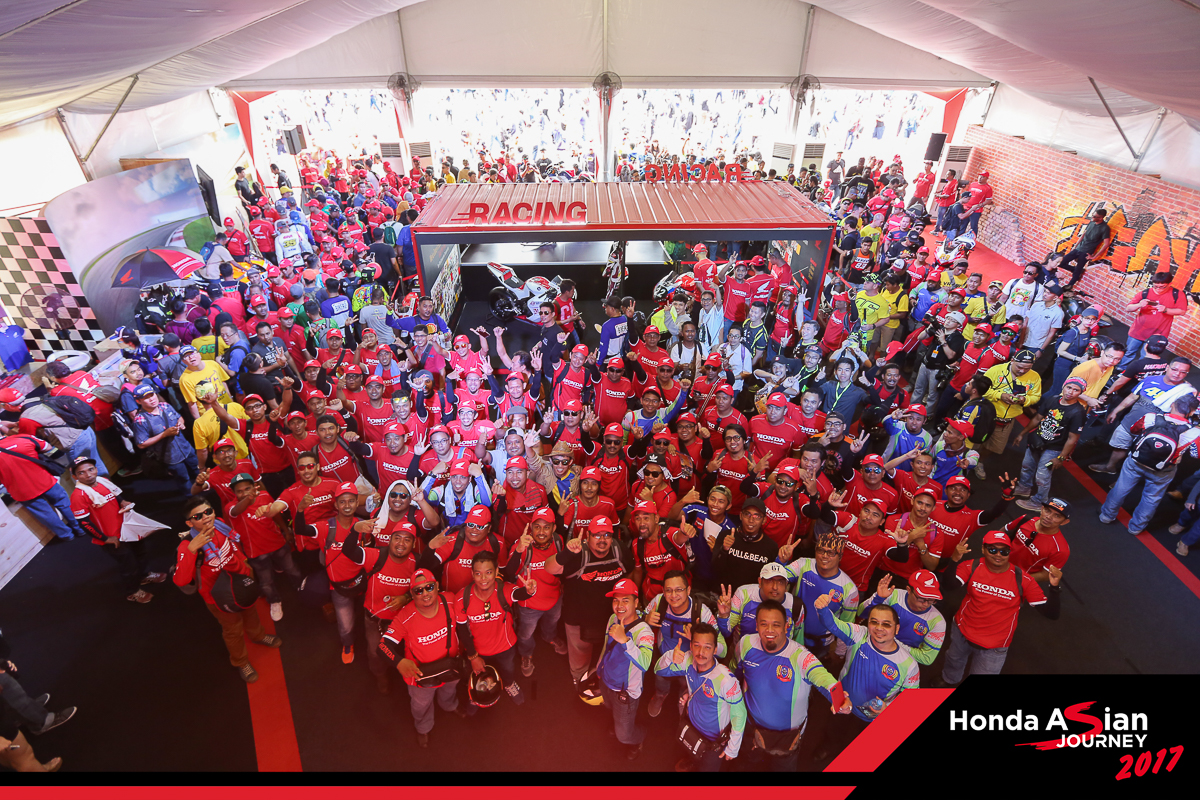 Hundreds of riders from five different countries all gathered in Malaysia from 26 October 2017 and cruised to Peninsular Malaysia from Melaka all the way up to Bukit Tinggi and Genting Highland before heading back towards the Sepang International Circuit on Sunday. 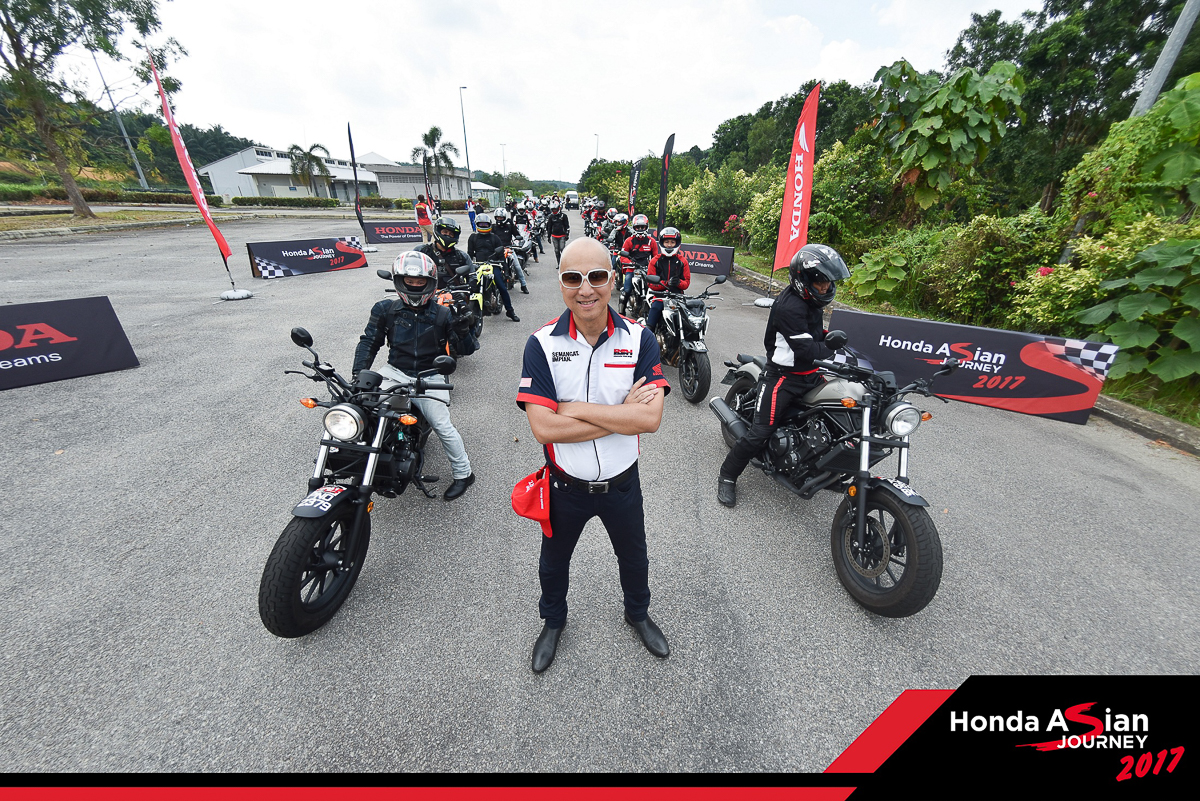 In Melaka, participants which included journalists, motorcyclists, Honda dealers and a more lucky folks attended a safety riding program organised by Boon Siew Honda with an array of bikes from the latest 2017 Honda Rebel 500 all the way to ‘bullet on wheels’ CBR1000RR Fireblade SP1. 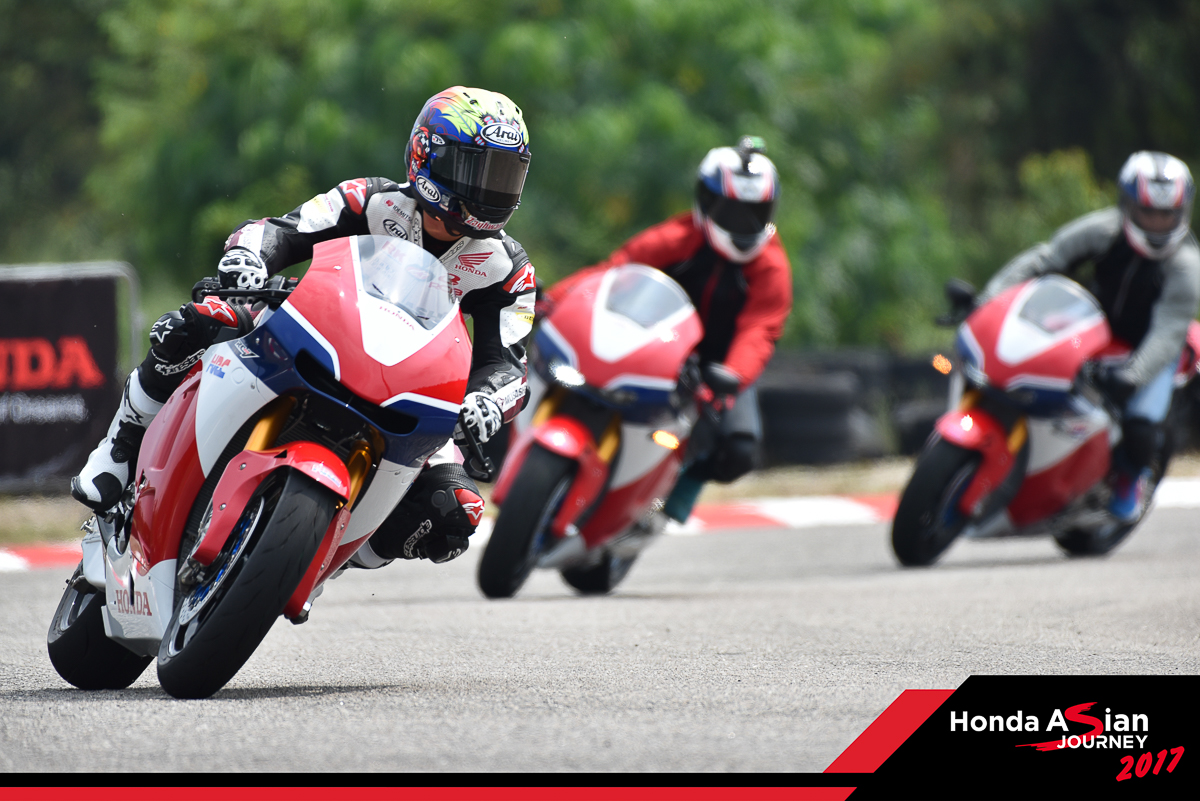 Out of all the bikes that were present on the second day of the Honda Asian Journey 2017, none got more attention, love and lust than the Honda RC213V which Boon Siew Honda organised to surprise all the participants. Those who were passed the safety riding program were rewarded with a ride on the RC213V. In total, there were four Honda RC213V-S which was led by a Honda RC213V piloted by our Honda’s very own Malaysian star rider, Zaqhwan Zaidi. 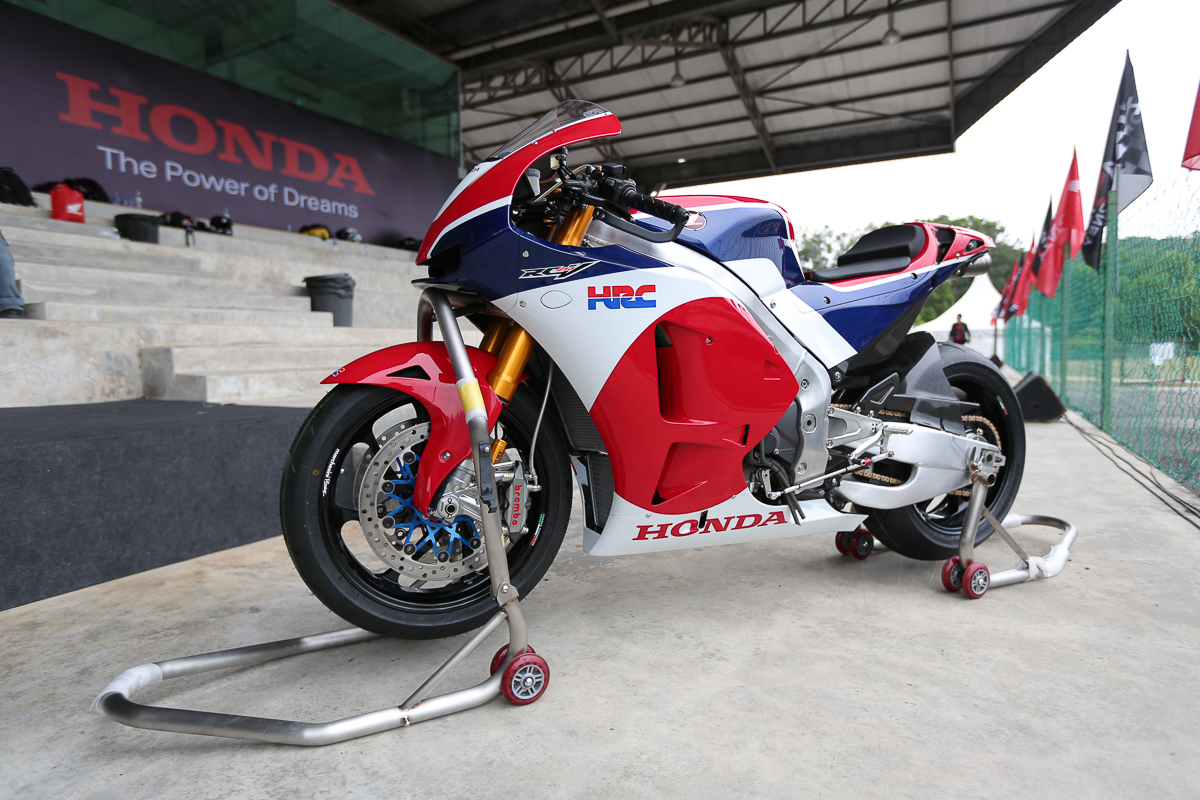 The caravan then moved on towards Bukit Tinggi and Genting Highland where a variety of Honda big bikes were prepped for the riders to experience around the twisting mountain roads. The main highlight was of course when the convoy arrived at the Sepang International Circuit to experience on of the best motorcycle races in the world. 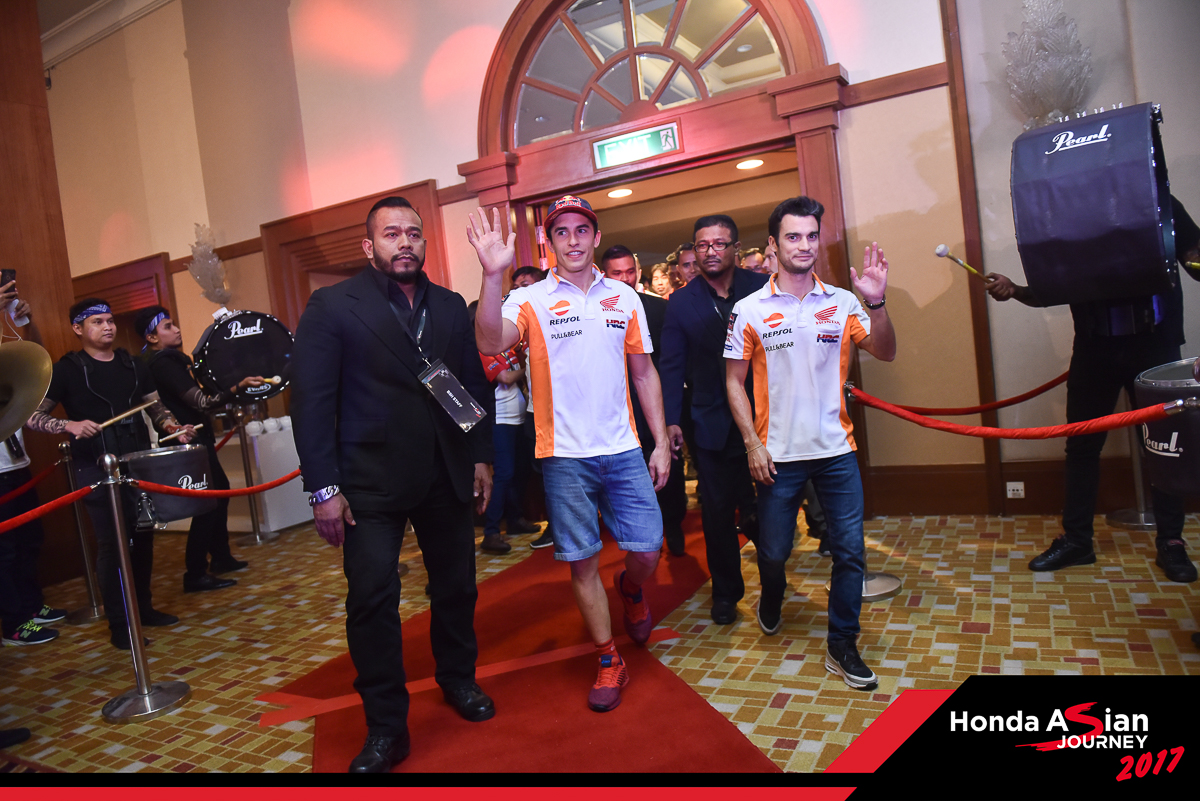 The night before the race, all the participants were treated to dinner and photo opportunities with Honda’s star riders from Repsol Honda duo Marc Marquez and Repsol Honda to Khairul Idham Pawi and Takaaki Nakagami to name a few. 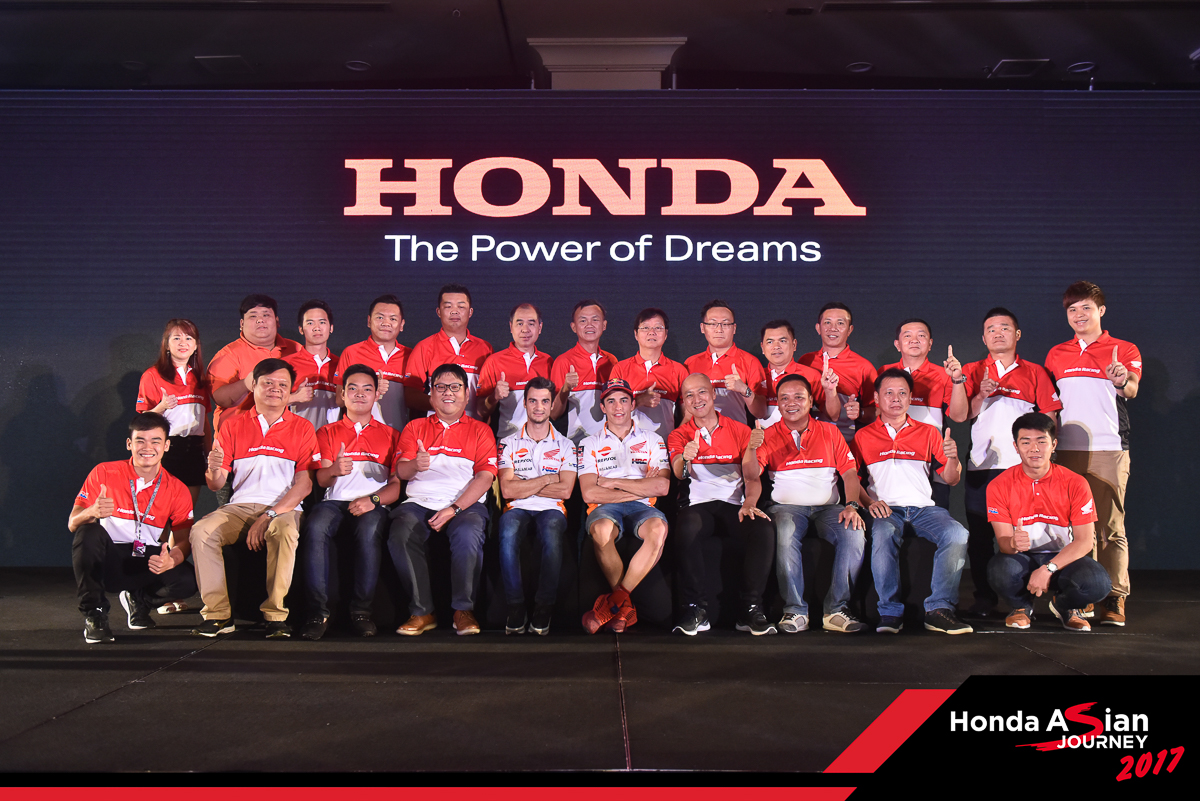 On race day, participants gathered at a specially-reserved grandstand area where they cheered for their riders all day. Marc Marquez and Dani Pedrosa finished the race in fourth and fifth. Although Marquez experienced difficulties all weekend, he is still in the lead of the 2017 MotoGP championship with 21 points more than Ducati’s Andrea Dovizioso who won the race in Sepang. 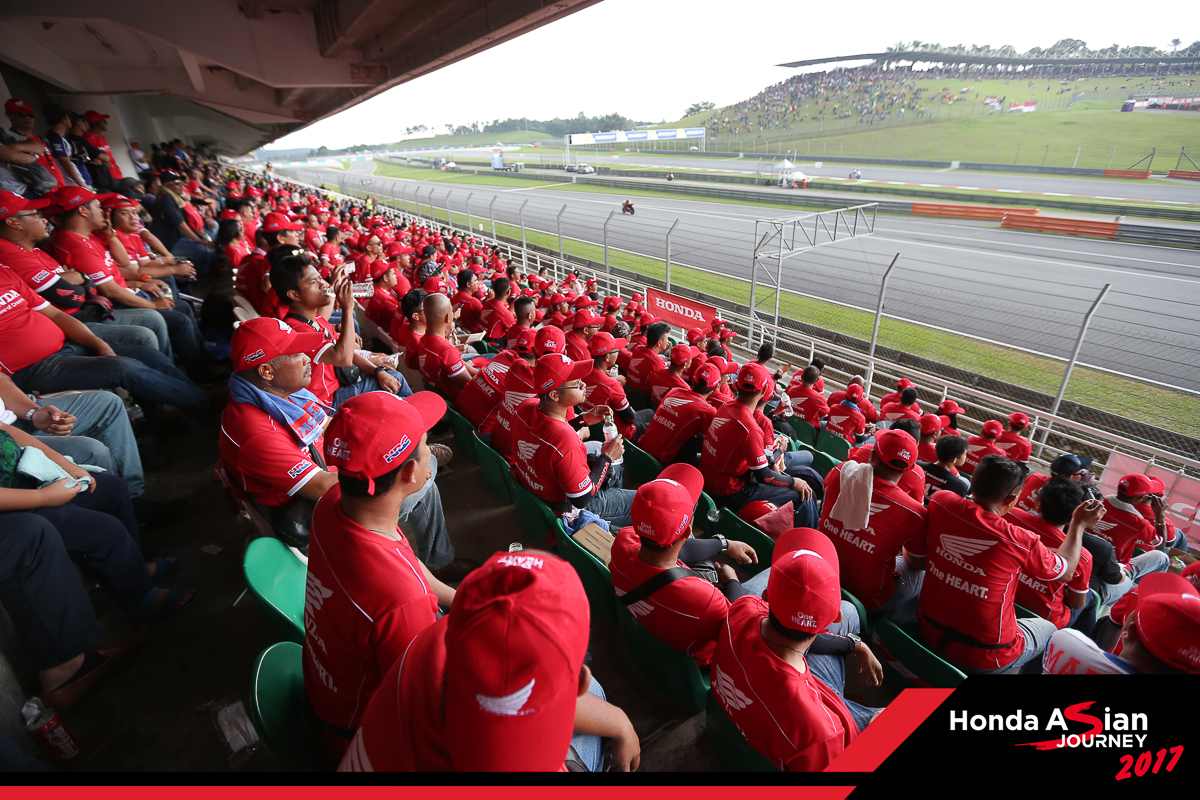 All in all, it was indeed a very unique experience for those who were fortunate enough to join the Honda Asian Journey 2017. Riders from Malaysia, Indonesia, Vietnam, Philippines and India were able enjoy the outstanding performances of over 50 Honda big bike models over 570km of Malaysian roads. 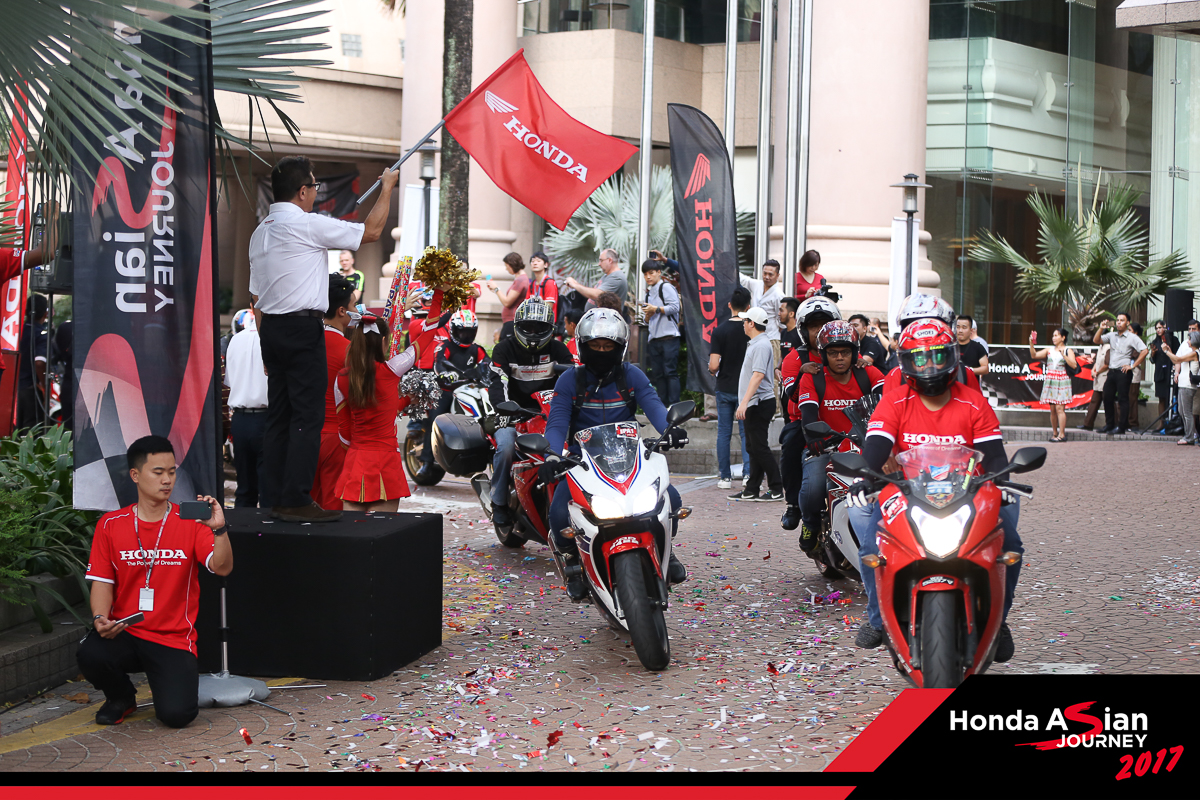 It’s not every day you get to experience such an amazing array of high-performance motorcycles is period of just a few days. Big props to the folks over at Honda especially Boon Siew Honda for organising another successful Honda Asian Journey convoy. Check out the videos and gallery, below!