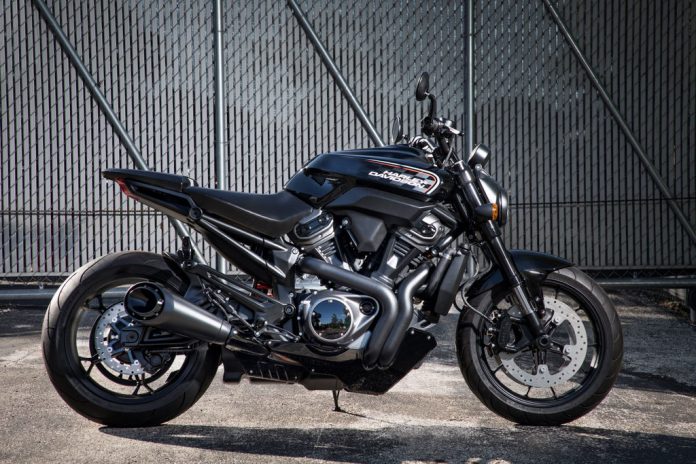 It may still be over a year away, but Harley-Davidson has confirmed that this prototype will make it to production for the 2020 model year, which means the production version will be unveiled around the second or third quarter of next year.

Called the Streetfighter, the new Harley-Davidson is powered by a new multi-purpose engine that will power at least three other models.

The water-cooled V-twin engine has a capacity of 975cc and features a 60-degree V configuration with large cylinder heads that hide a pair of double overhead camshafts. As you probably already figured, this will help provide the power and performance that has come to be expected of modern Harley-Davidson’s.

The Harley-Davidson Streetfighter is said to utilise a tubular steel frame that is said to be similar to the new custom and roadster models. However, the massive swingarm is unique to the Streetfighter and is in charge of ensuring the bike is manoeuvrable in corners with masses of grip during fast-paced rides. You don’t expect a bike called Streetfighter to perform poorly around the bends now do you. 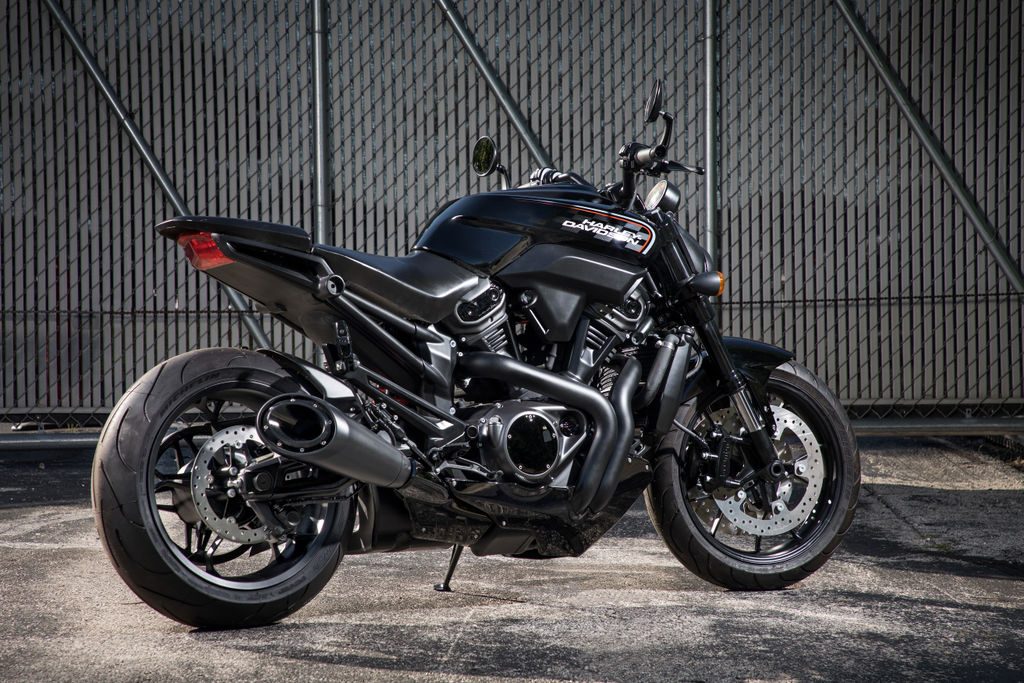 Though it may be different on the production model, but the prototype rolls on 17-inch spoke alloy wheels shod with Michelin Pilot Power 2CT tyres measuring in at 120/70-17 at the front, and 180/55-17 at the rear.

Keeping performance in check are a pair of cross-drilled discs up front with a radial-mounted Monoblock callipers from Brembo. The rear on the other hand is managed by a Harley-Davidson branded opposed-piston caliper and single cross-drilled rotor.

As is visible in the photos here, this prototype uses a belt final drive. While suspension set up consists of an inverted fork up front and a vertically mounted shock absorber at the rear.

The new Streetfighter is a more aggressive bike ergonomically with rear-mounted foot controls and a tallish handlebar with rearview mirrors perfectly integrated into the ends of the handlebar. And what is most visible here is the deep cutout on the fuel tank for the rider’s knees, giving riders something to grip on to with during heavy braking.

We will share more information about the new Harley-Davidson Streefighter as it becomes available.