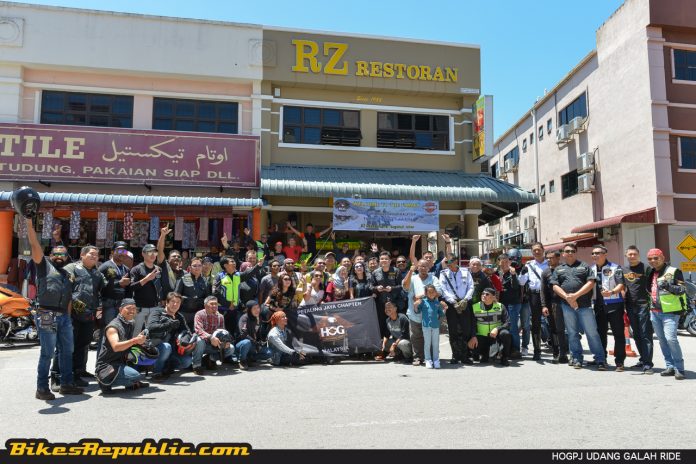 Things are up and fully for Harley-Davidson of Petaling Jaya (HDPJ) and their riders’ chapter, Harley Owners Group PJ (HOGPJ).

Harley-Davidson owners can always look forward to many fun activities that are organized by HOG and their respective dealerships. So far, there’ve been many such rides that started from HDPJ based at The Gasket Alley. 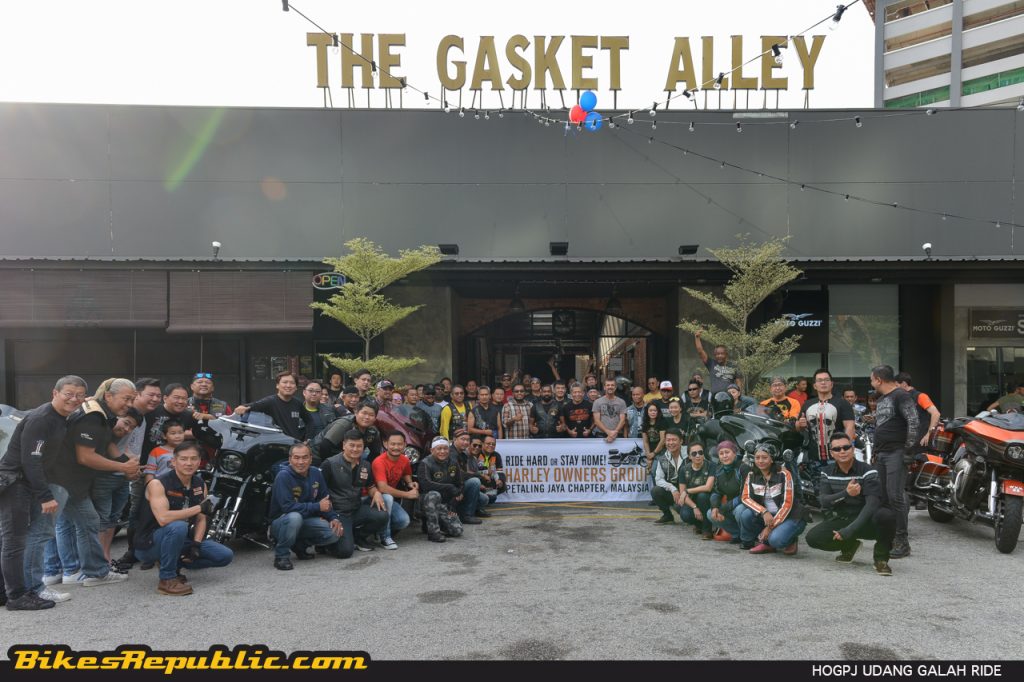 But as Malaysian bikers, there are two things that we love: Motorcycle and food. Not necessarily in that order. As such, HOGPJ organized a “food ride” this weekend. Called “HOGPJ Udang Galah Ride,” the participants rode to the sleepy town of Segamat in Johore for the famous udang galah (crayfish) lunch. 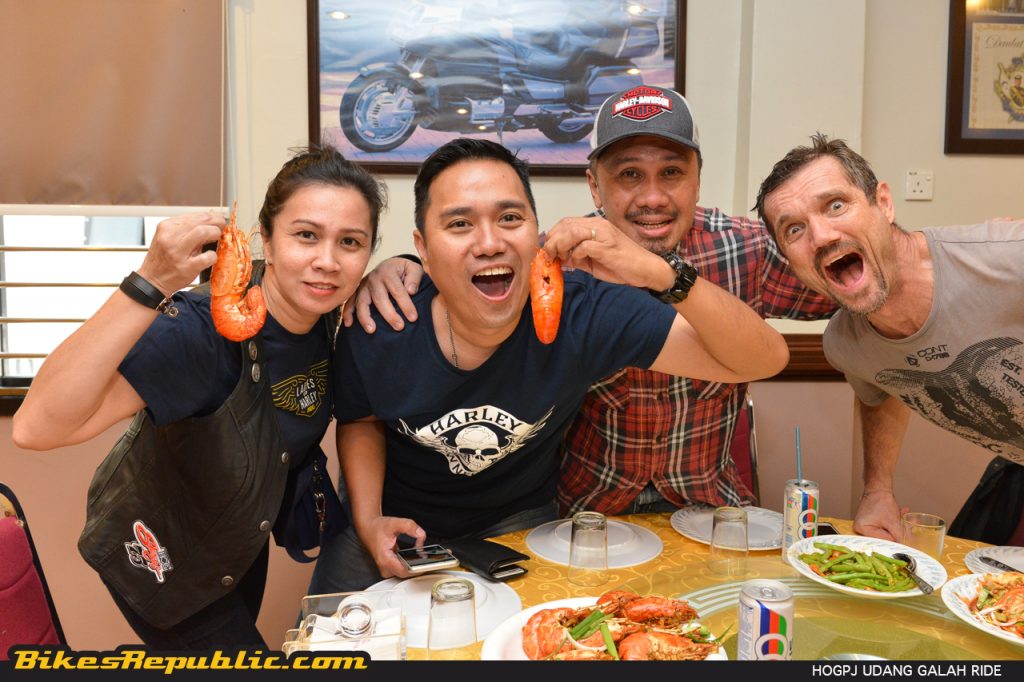 The organizers had targeted 75 participants, but the number swelled to nearly 100 just prior to the pre-ride briefing. While most riders are experienced in convoy riding, the HOG marshals knew they had their job cut out for them and they took their tasks seriously. Harley-Davidson and HOG are nothing if not for their expertly organized rides. 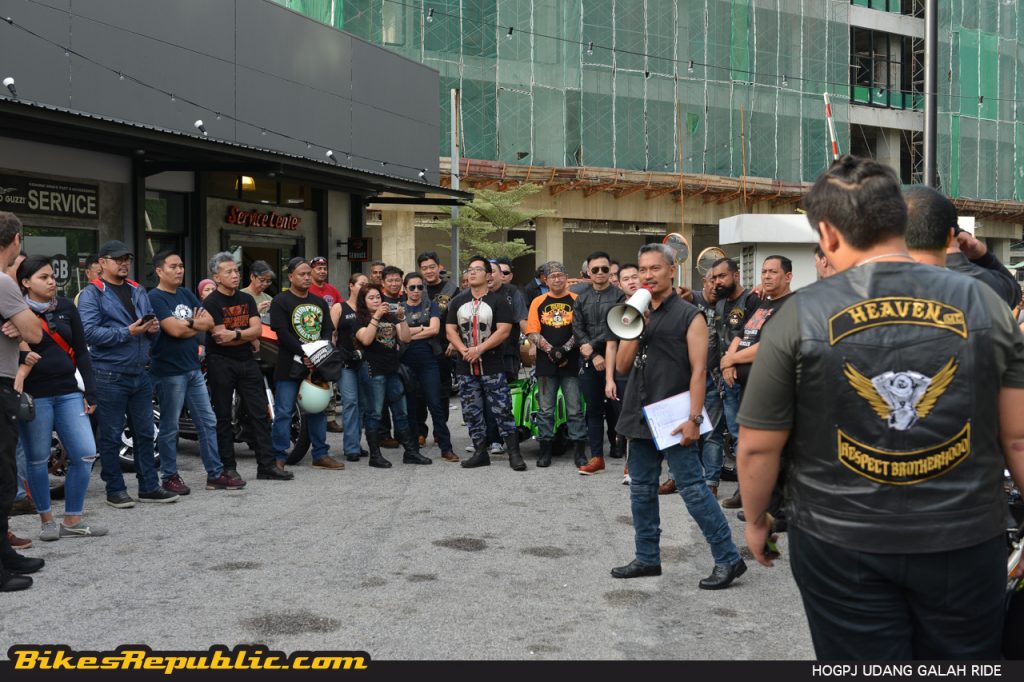 After the marshals were briefed, it was the participants next. The briefing was quite detailed as compared to other rides we’ve covered, but the main difference was the Head Marshal leading the participants in a warm up session. They guided through some stretching and deep breathing exercises. 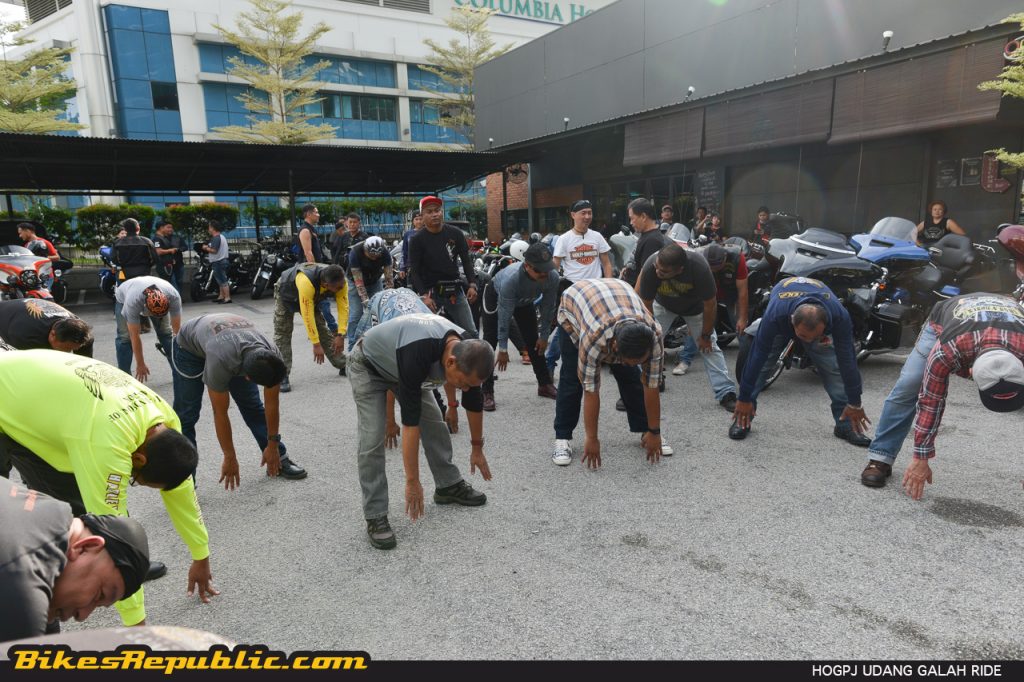 From HDPJ it was a straight ride to the Ayer Keroh RnR for the Sportsters to fill up their peanut tanks. The participants were disciplines and adhered to HOG’s recommended convoy etiquette. 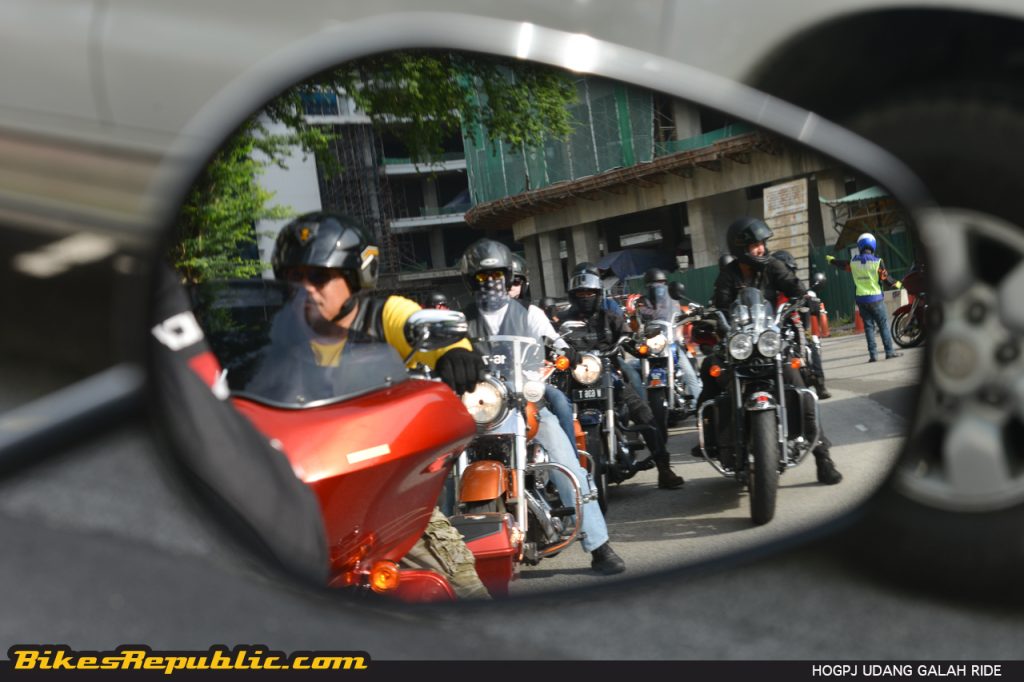 Refueling was a fast process as the marshals ran a “pit stop” refueling style: The owner left his/her bike with the marshals, went to pay for the fuel, and the marshals filled up the bike. 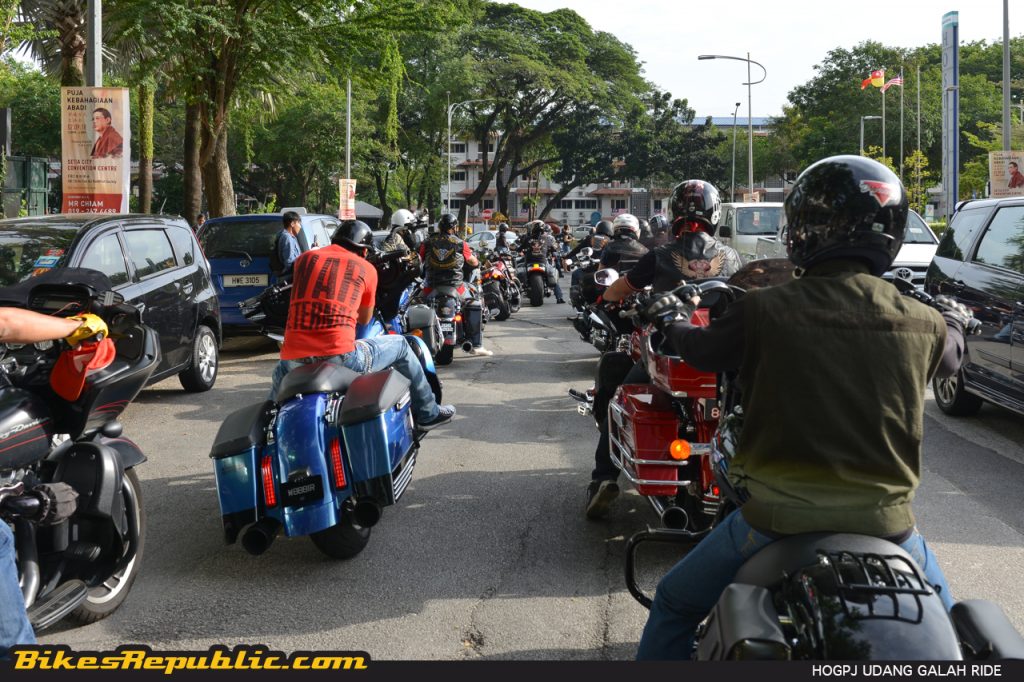 We continued our way to Segamat by exiting the North-South Expressway at the Tangkak exit. The pace was good as it kept us cool despite the sun particularly hot on this day. We were also escorted by the Traffic Police thus we didn’t have to stop and get hot. Indeed, we were told during the briefing that HOG will always notify the police prior to their rides. 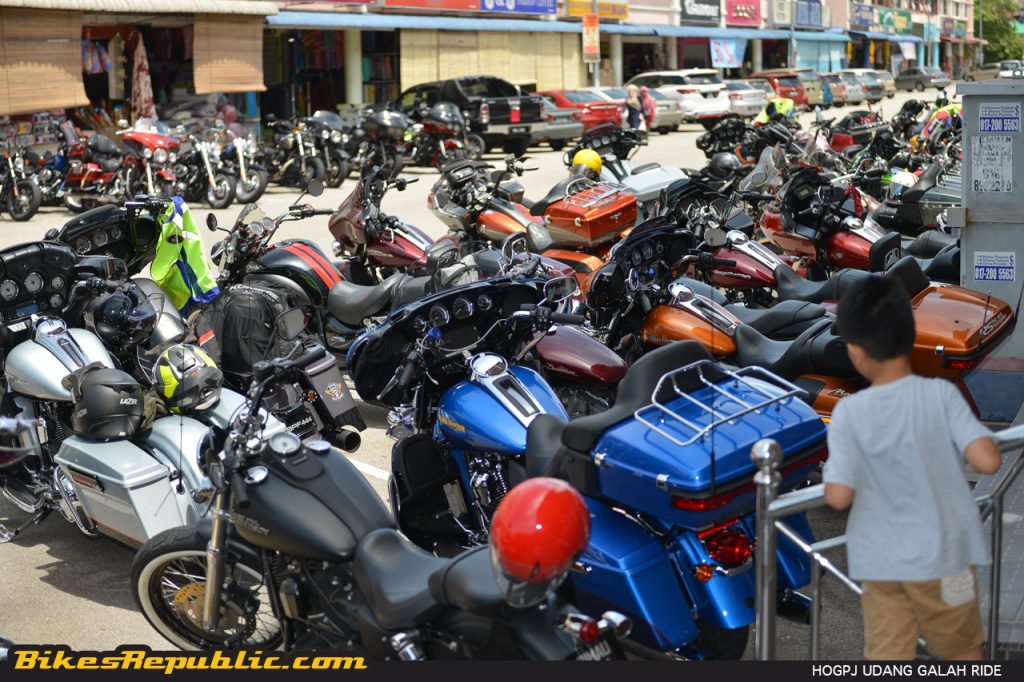 We reached RZ Restoran just in time for lunch. Participants parked their bikes quickly to get out of the sun and helped themselves to the iced drinks. 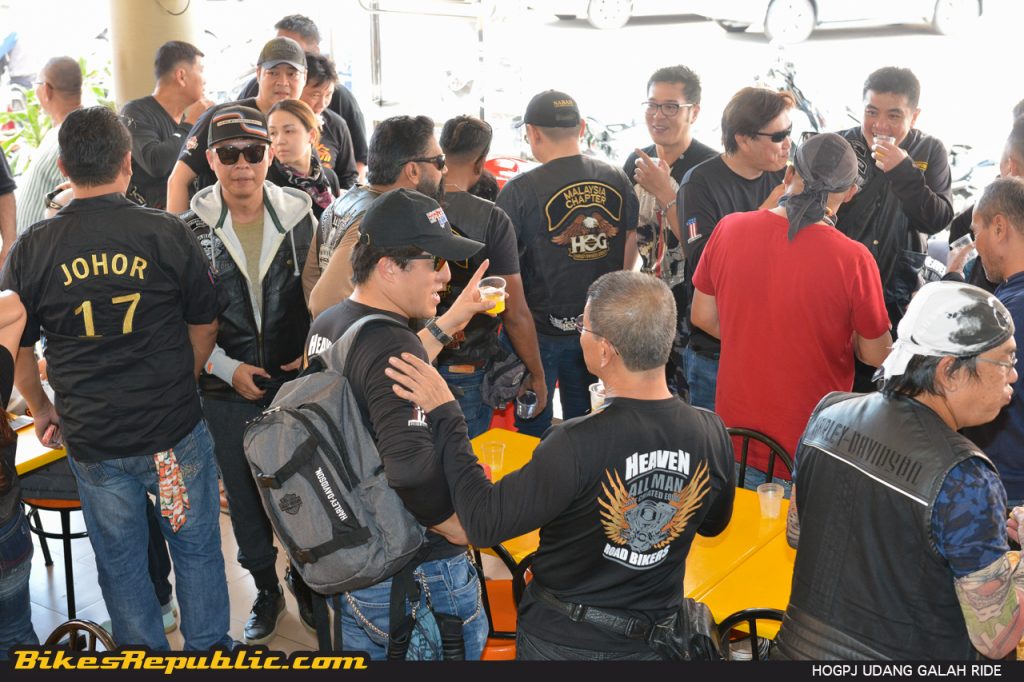 The restaurant had already set out the food for us in the air-conditioned section, consisting of the all-famous udang galah in fried, sambal and lemak styles, plenty of tasty vege, crispy fried chicken, fried fish, and much more. A few Harley riding friends of this writer once remarked that the Malaysia HOG unofficial mantra is “Eat to Ride, Ride to Eat,” certainly in relation to our love for great food, and that passion to ride to faraway places just for a meal. Can’t argue with that. 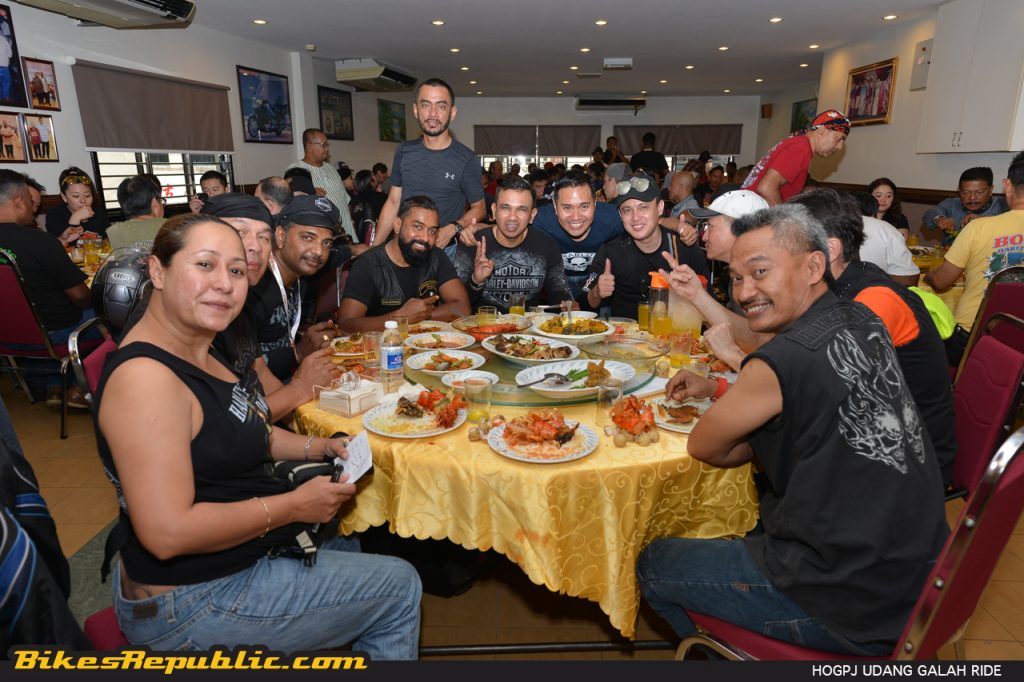 We rode back the same way we came from after lunch and the customary group photos. Again, the group kept the formation as tight as possible on the highway until the Seremban RnR before we went our separate ways. 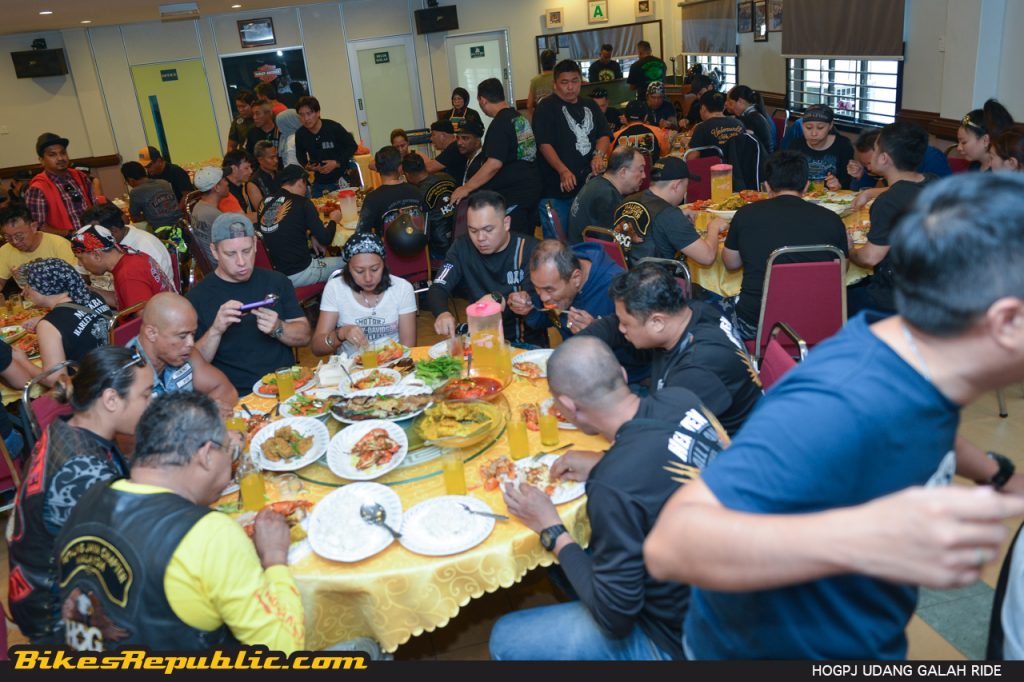