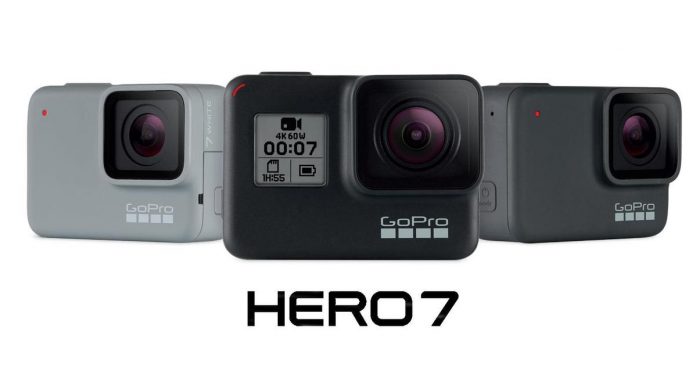 For GoPro fans, we have news for you. GoPro, the world’s most prolific action camera maker has launched the Hero 7 line-up which consists of the Black, Silver and White editions.

We got in touch with Funsportz Sdn. Bhd., the sole distributor of GoPro cameras in Malaysia and they the Hero 7 line-up may arrive within the next two weeks. No prices have been set, though.

GoPro is so famous for their action cams that almost everyone calls any action camera a “GoPro” irrespective of manufacturer.

But as GoPro’s stocks took a hard dip together with a total of four layoffs last year, the San Mateo, California based company is streamlining its bloated line-up by eliminating certain products, while consolidating on what they do best.

The three versions of the Hero 7 are the result of that strategy.

Let’s see some of the stuff the top-of-the-line Hero 7 Black does first:

As for the mid-level Hero 7 Silver, the features are a little lower than the Black’s, of course, but not by much.