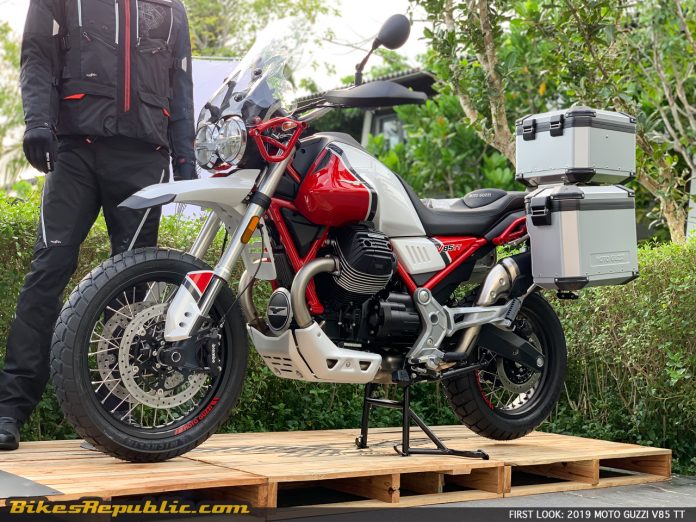 The 2019 Moto Guzzi V85 TT made (huge) waves since its launch. We were looking forward to its launch in Malaysia but received something even better: Attending the Asia Pacific Media Launch in Phang Nga, Thailand.

Before going further, Moto Guzzi did enter the Dakar Rally and Baja Rally many decades ago, but there was hardly any news about their involvement.

Those bikes were painted in yellow and white plus another in red and white. That is why the V85 TT includes two special paint schemes apart from three standard colours. 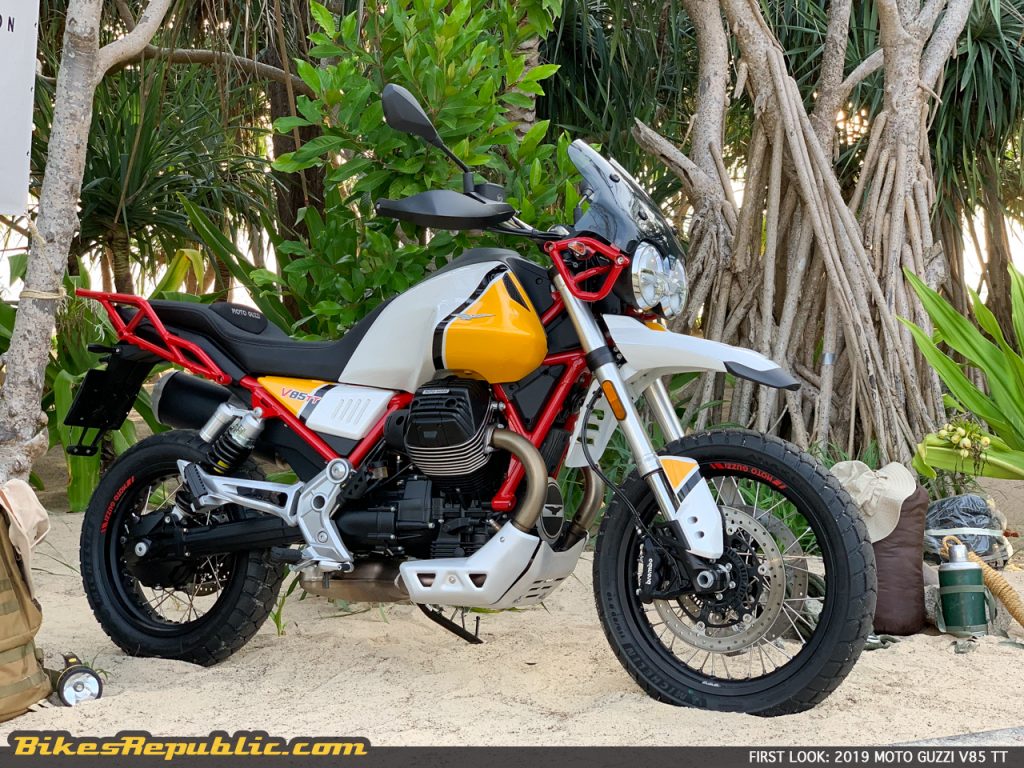 Anyway, listening to Moto Guzzi’s executives’ presentation made us realize that the manufacturer is also very excited (and hopeful) in introducing this model. To Italians, it would be described as passione (passion).

The bike is an entry into the middleweight dual-purpose segment. However, since Moto Guzzi is the “heritage” arm of the Piaggio Group, the V85TT gets a retro dual-purpose treatment. 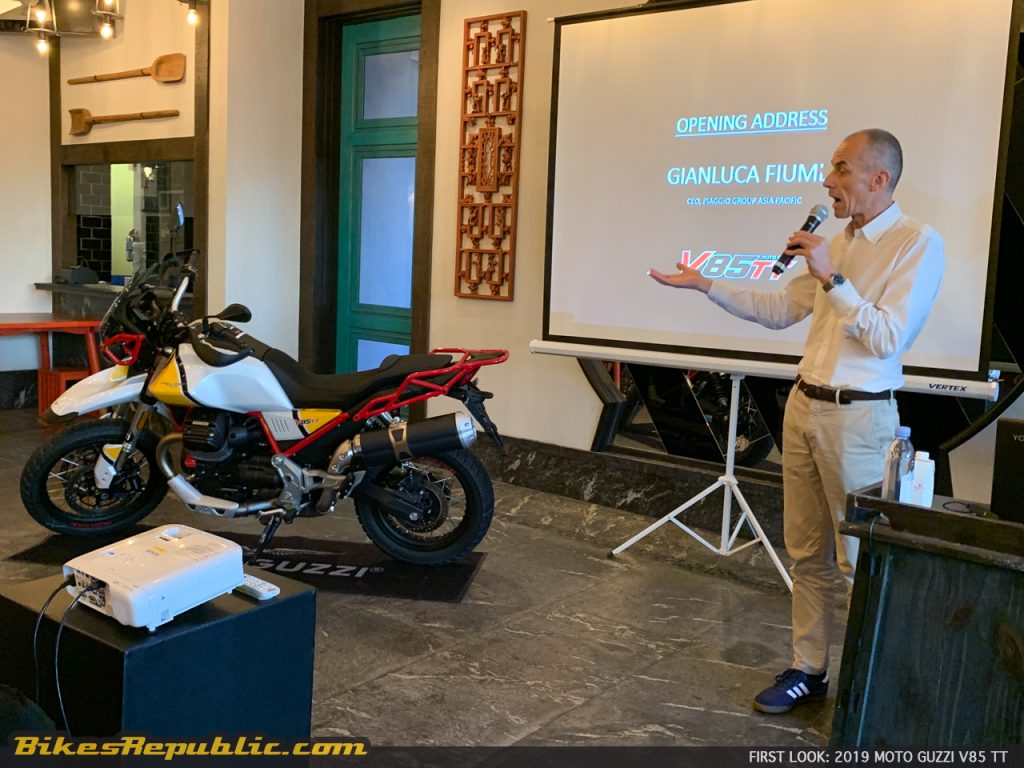 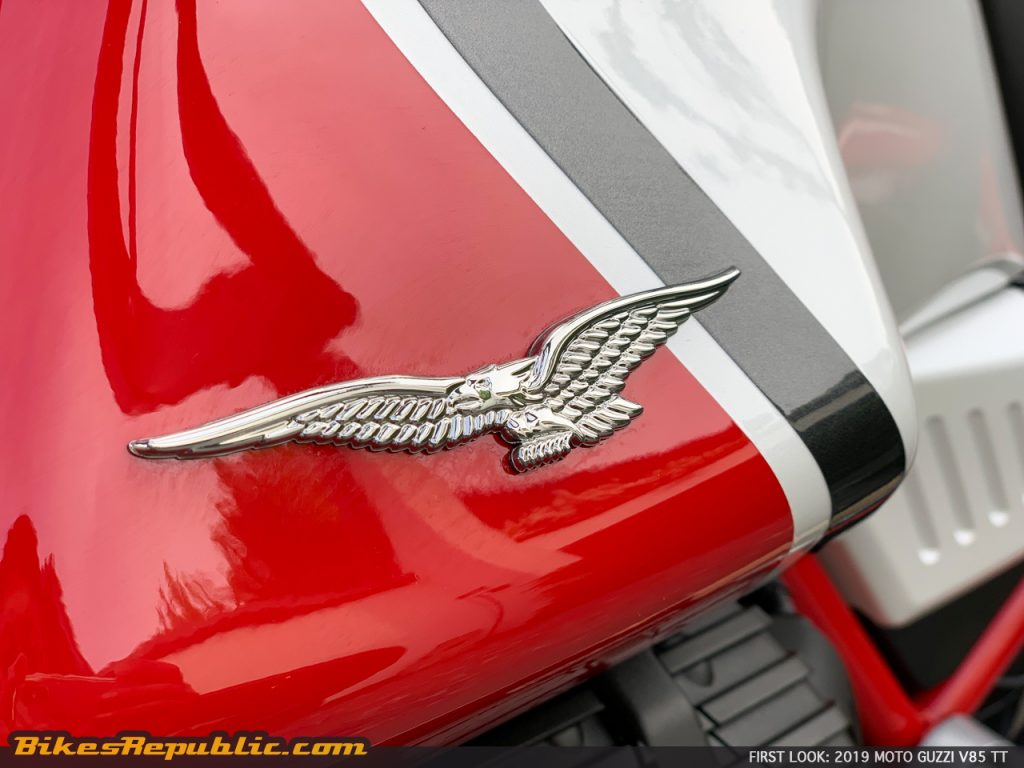 However, rather than build an off-road-centric bike, the V85 TT was designed to be an all-rounder to fulfill the rolls of a tourer, leisure-bike, sporty bike and commuter. As such, the “TT” moniker means tutto terreno, Italian for all-terrain. (No, not that dude in Fast & Furious.)

But it is a modern bike throughout. 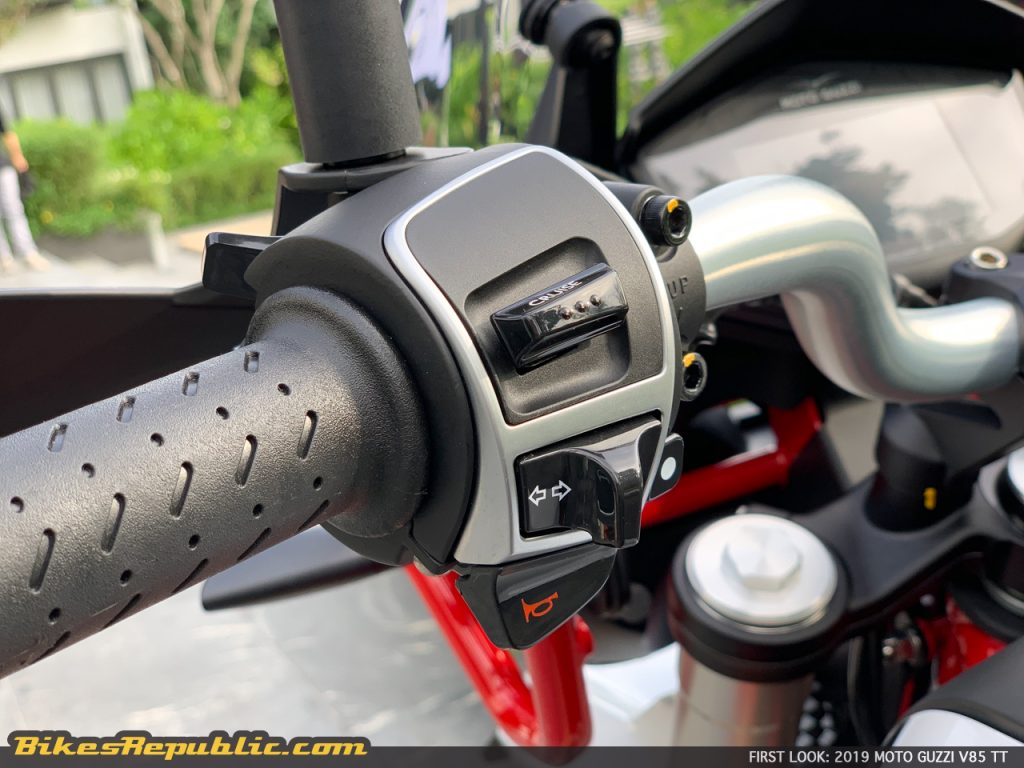 The electronics include three rides modes: Road, Rain and Off-Road (turns off the rear wheel’s ABS). There is also cruise control. The dash display uses a 5.3-inch TFT screen which looks shared with Aprilia. Lighting is LED all-around. 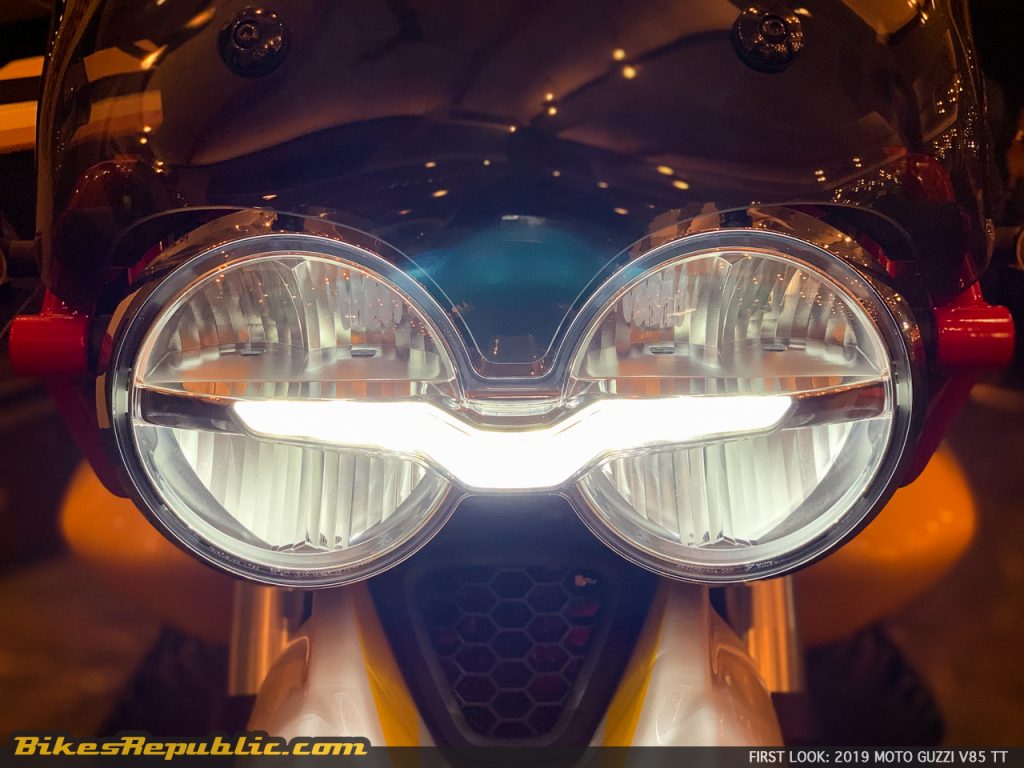 The engine is an 853cc, air-cooled, 90-degree transverse V-Twin which produces 80 hp (CV) at 7,750 RPM and 80 Nm of torque at 5,000 RPM. It’s adopted from the company’s V9 but has a different tune. Being a dual-sport, Moto Guzzi tuned the engine for a flat torque curve for better tractability rather than all-out horsepower. Other updates include titanium intake valves, a 30% lighter crankshaft, dual scavenging oil pumps. The pushrods are aluminium, actuated by roller tappets. 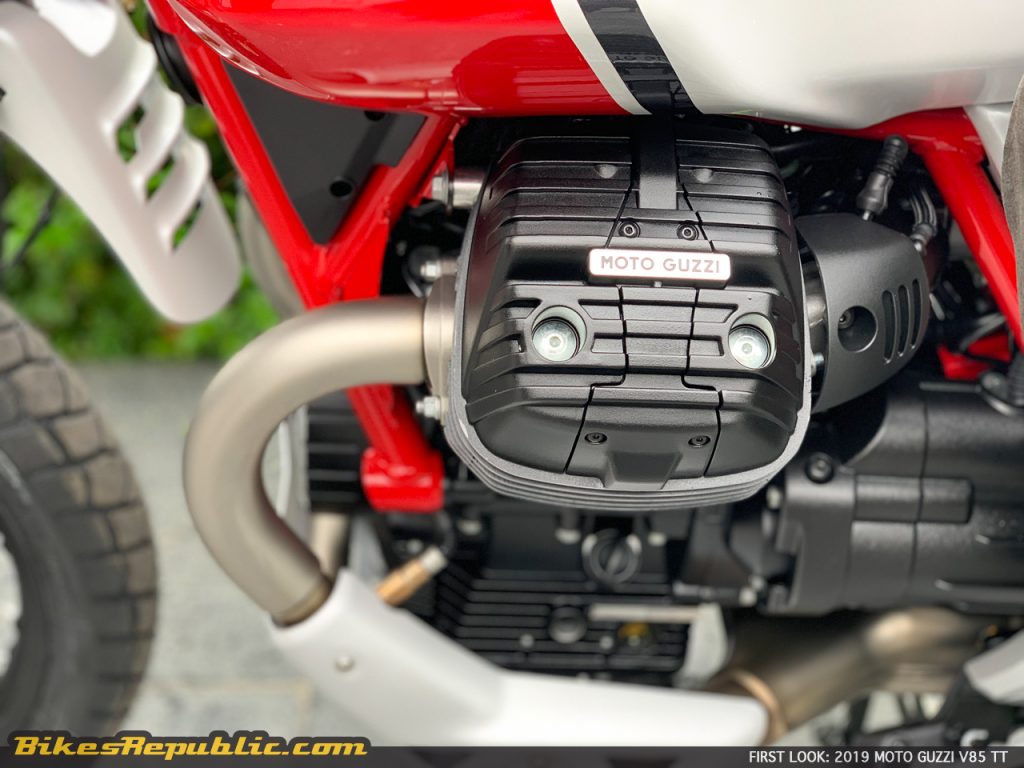 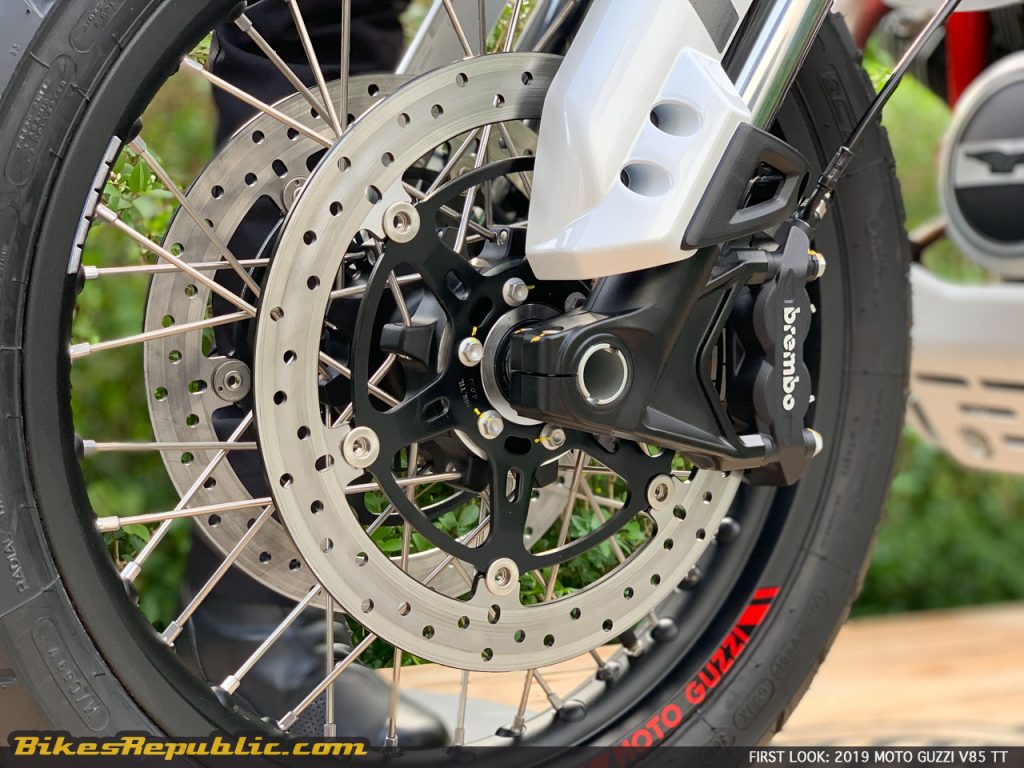 Moto Guzzi was eager to highlight the engine’s efficiency, in terms of fuel savings. The 23-litre fuel tank is claimed to provide more than 400 kilometres of riding. 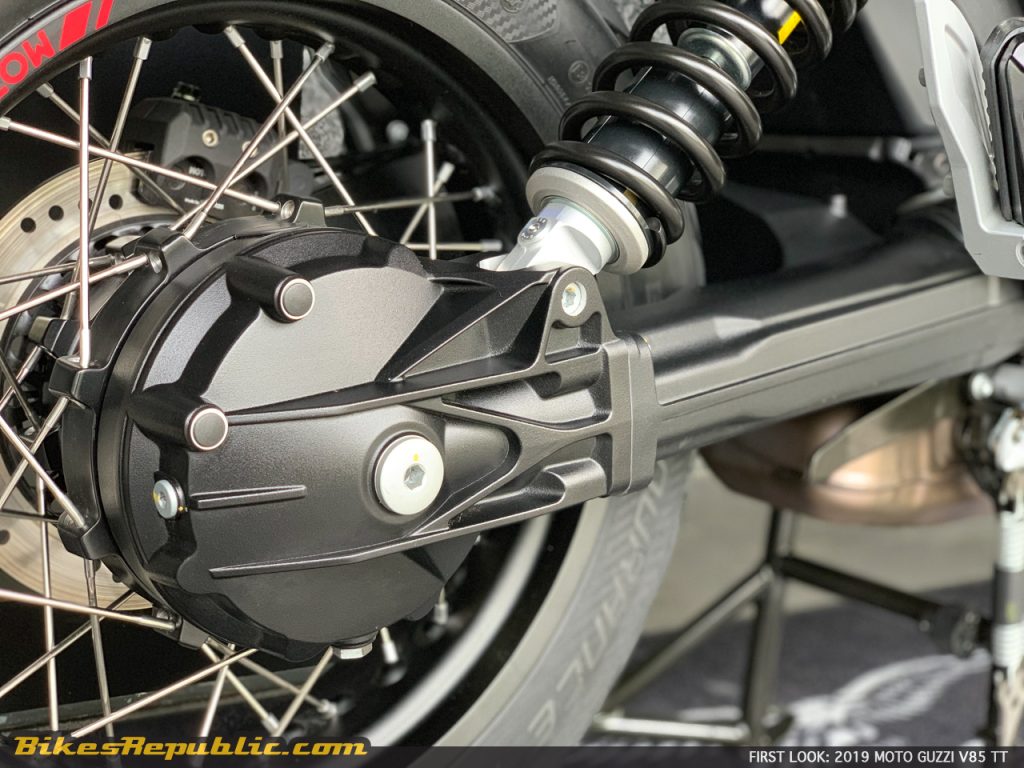 In a nutshell, the bike gives Moto Guzzi a dual-purpose/adventure-tourer after the discontinuation of the Stelvio 1200. 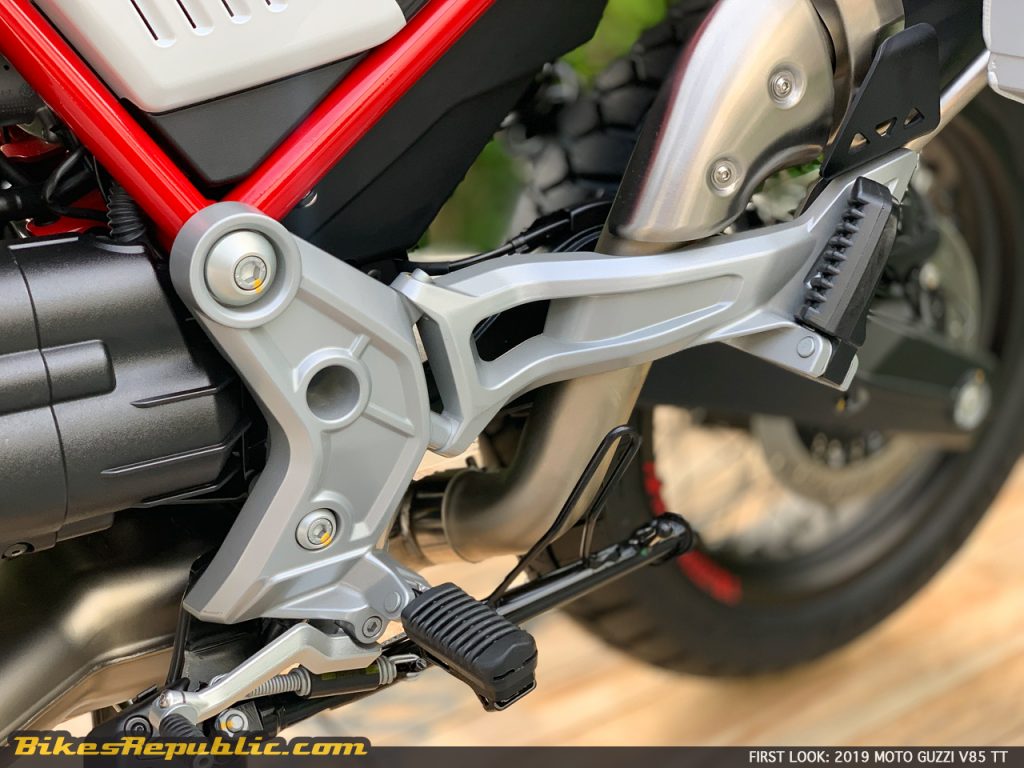 The bike looks handsome and much better up-close than in pictures. Stay tuned for our riding impression and full review. 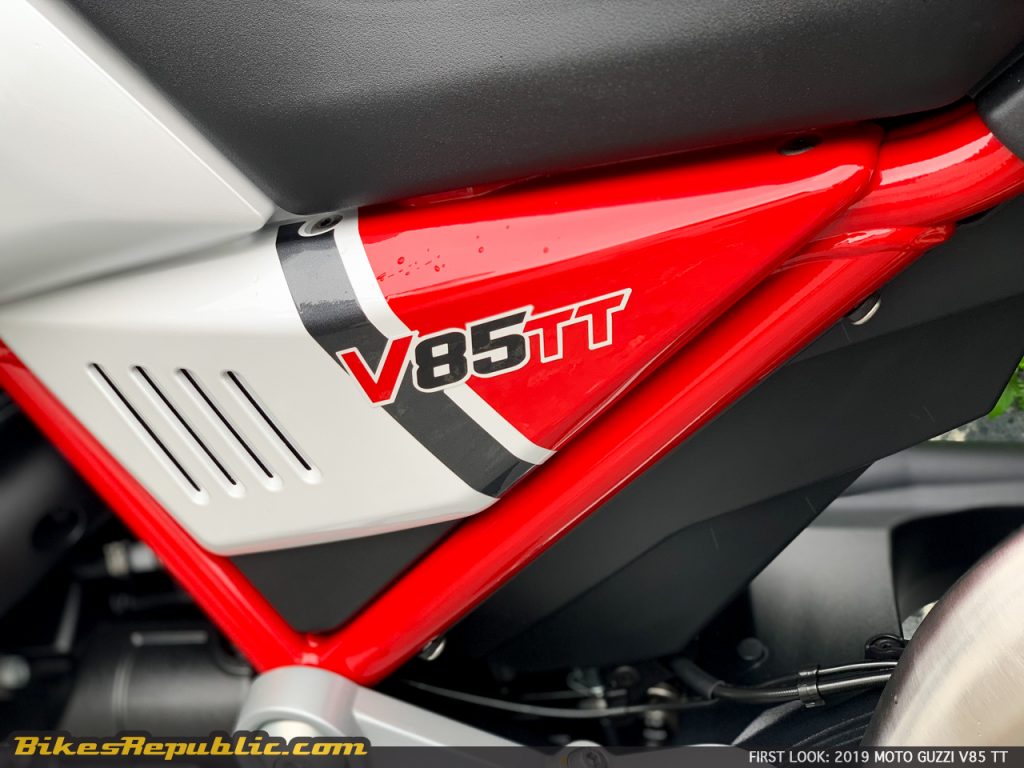