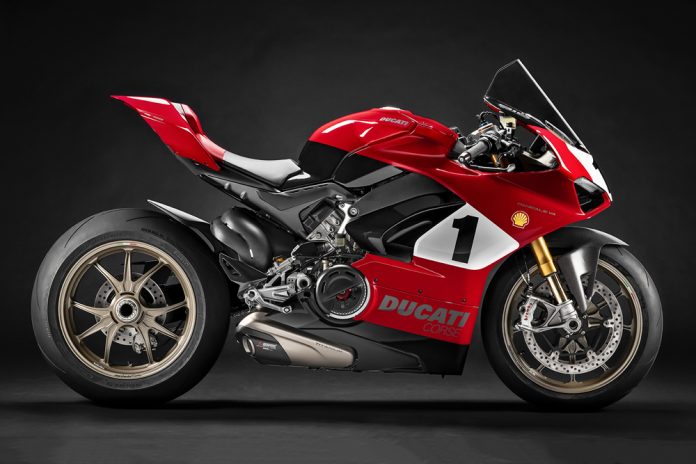 A recently unveiled Ducati Panigale V4 25th Anniversario 916 will be auctioned in support of the Carlin Dunne family.

As we reported earlier, Dunne had led Ducati’s assault on the Pikes Peak International Hill Climb of the Streetfighter V4 Prototype when he tragically crashed and perished. The event had been used as publicity by Ducati to shore up support for the upcoming Streetfighter V4. The bike which Dunne rode was essentially a Panigale V4 stripped of its bodywork and attached with a straight handlebar. 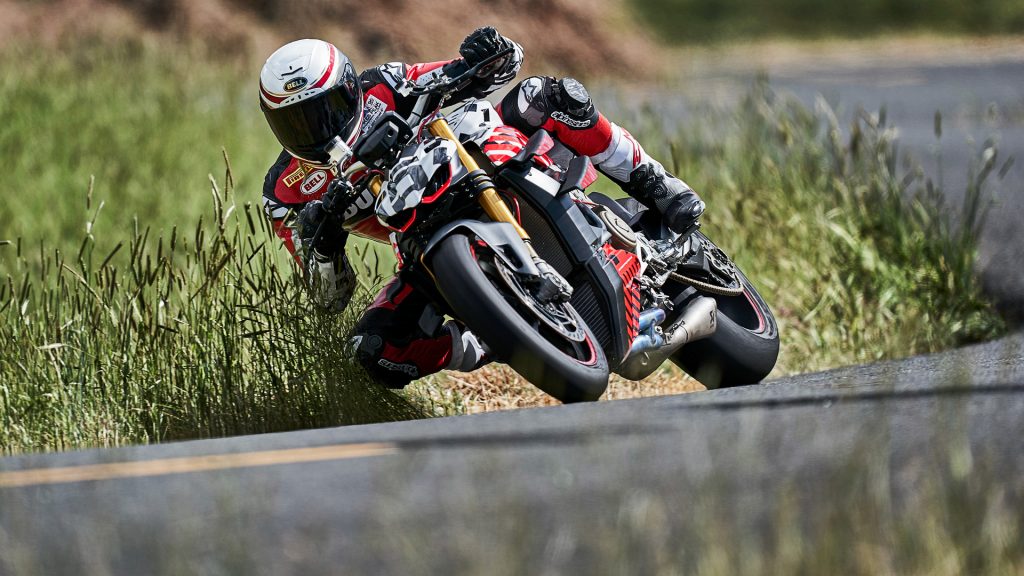 A crowdfunding charity had been set up within days of his passing in order to support his family.

As such, proceeds from the auction of the bike will go to Dunne’s family. The bike will wear the racer’s #5 number plate.

Such an auction will also be initiated next month in honour of Nicky Hayden. The bike offered is a Panigale V4 S with special decals like those on the Desmosedici GP raced by the late rider.

The Ducati Panigale V4 25th Anniversary 916 celebrates 25 years of the iconic Ducati 916, the bike which turned the Italian brand into a household name and set the destiny of Ducati. It was also the bike which revolutionized the superbike segment. 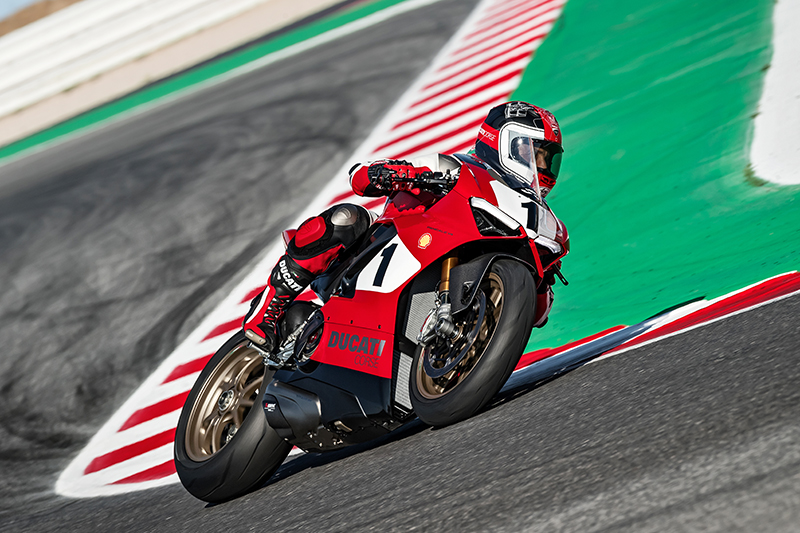