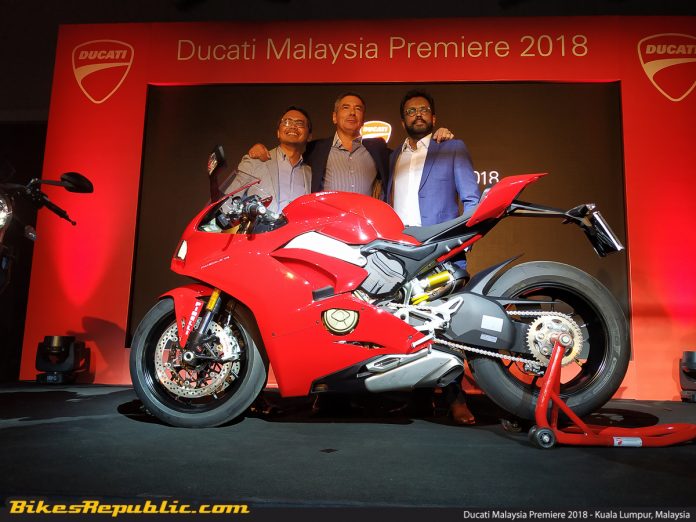 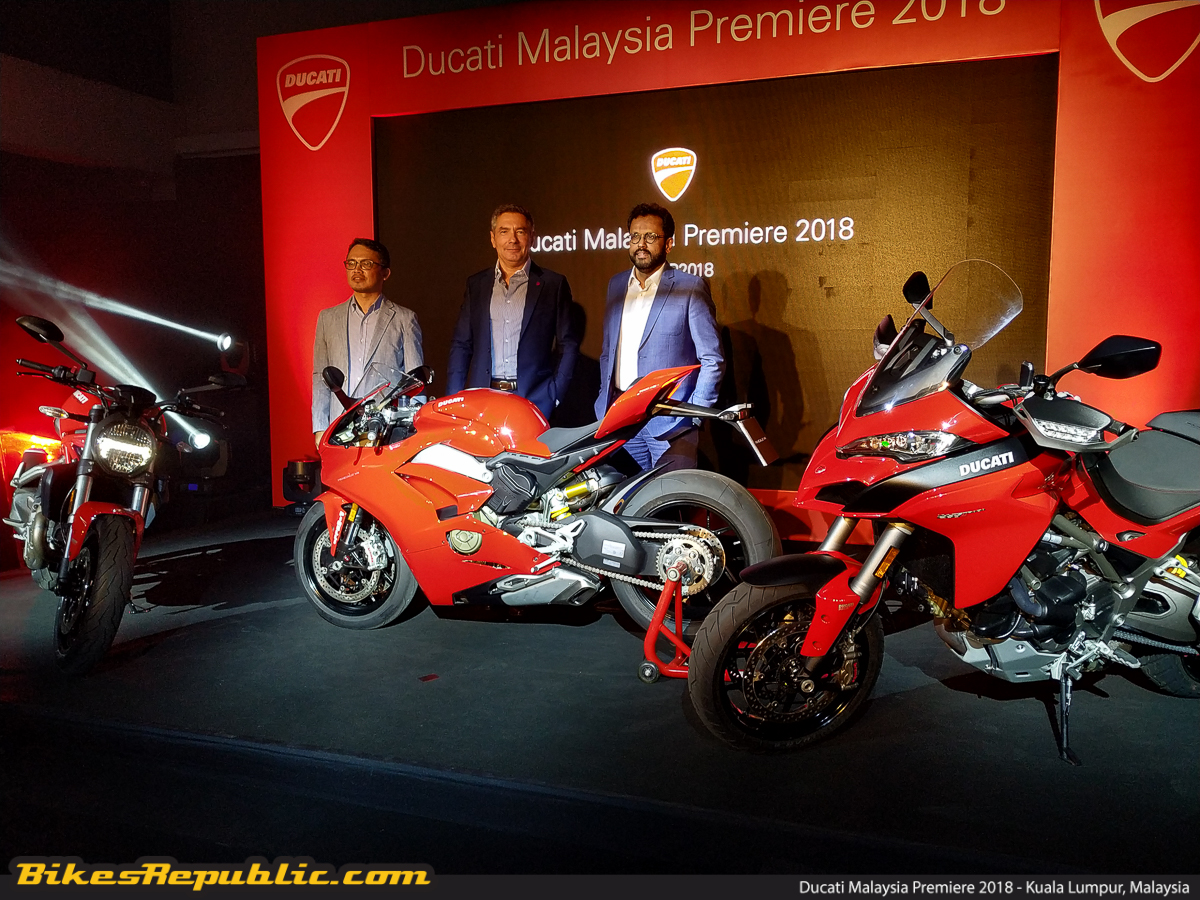 The official distributor of Ducati here in Malaysia that is Next Bike Sdn Bhd has officially launched three of their latest bikes for 2018 in the form of the 2018 Ducati Panigale V4 and V4 S, 2018 Ducati Multistrada 1260 S, and the highly-awaited 2018 Ducati Monster 821. The launch was held at the heart of Kuala Lumpur together with their extensive range of models for 2018. 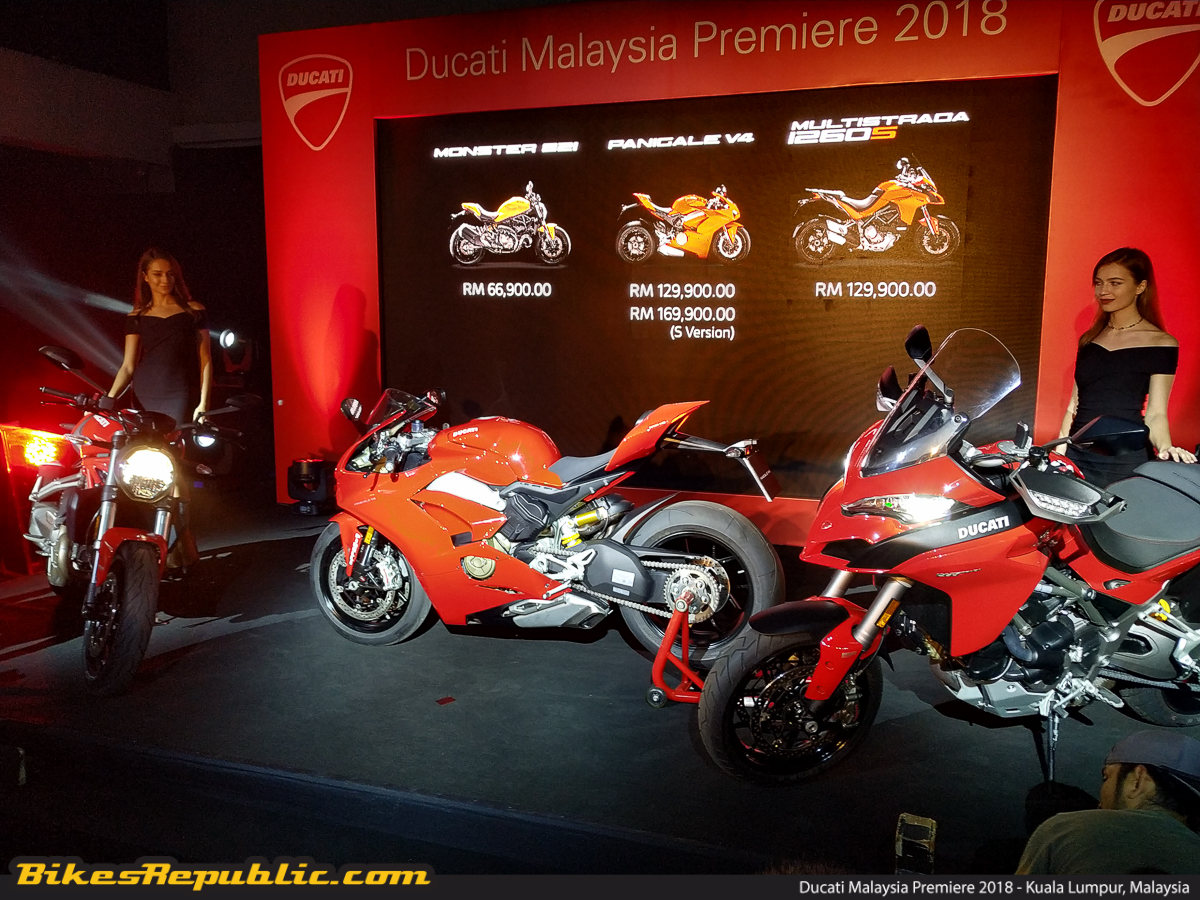 According to Dato’ Samson Anand George, Group CEO of Automotive Groups for Naza Corporation Holdings, “Incorporating the essence of Italian style, Ducati motorcycles are engineered with performance and endurance in mind which makes it suitable for riding on the various Malaysian roads. From the congested city roads to the long winding roads leading to the outskirts, Ducati motorcycles are built to withstand most road conditions.” 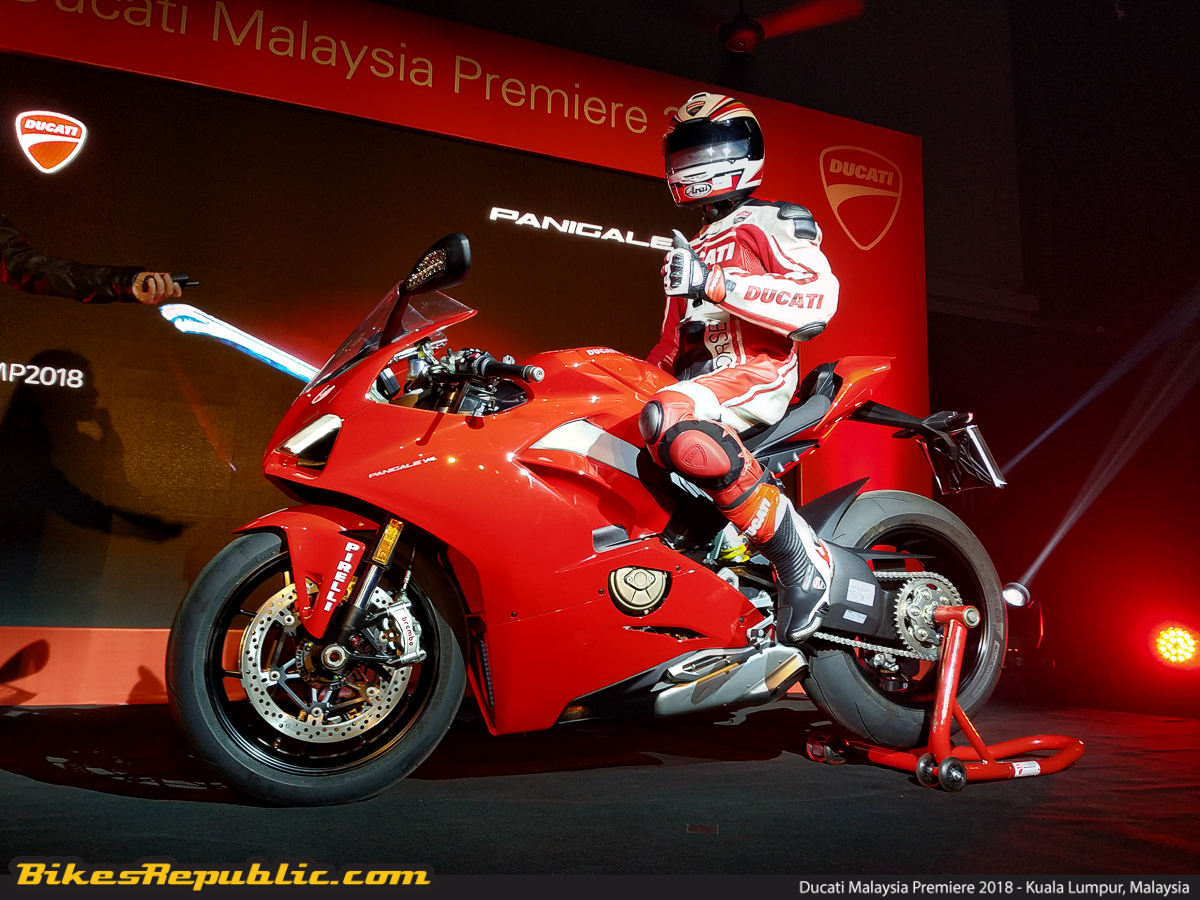 Ducati’s flagship superbike is finally made official here in Malaysia and Next Bike Sdn Bhd is offering SEVEN different variants to suit any rider looking for the next-generation superbike to conquer the streets as well as the circuit. Being the first-ever production model fitted with a four-cylinder engine, the Ducati Panigale V4 promises nothing but maximum power, technology, and agility. 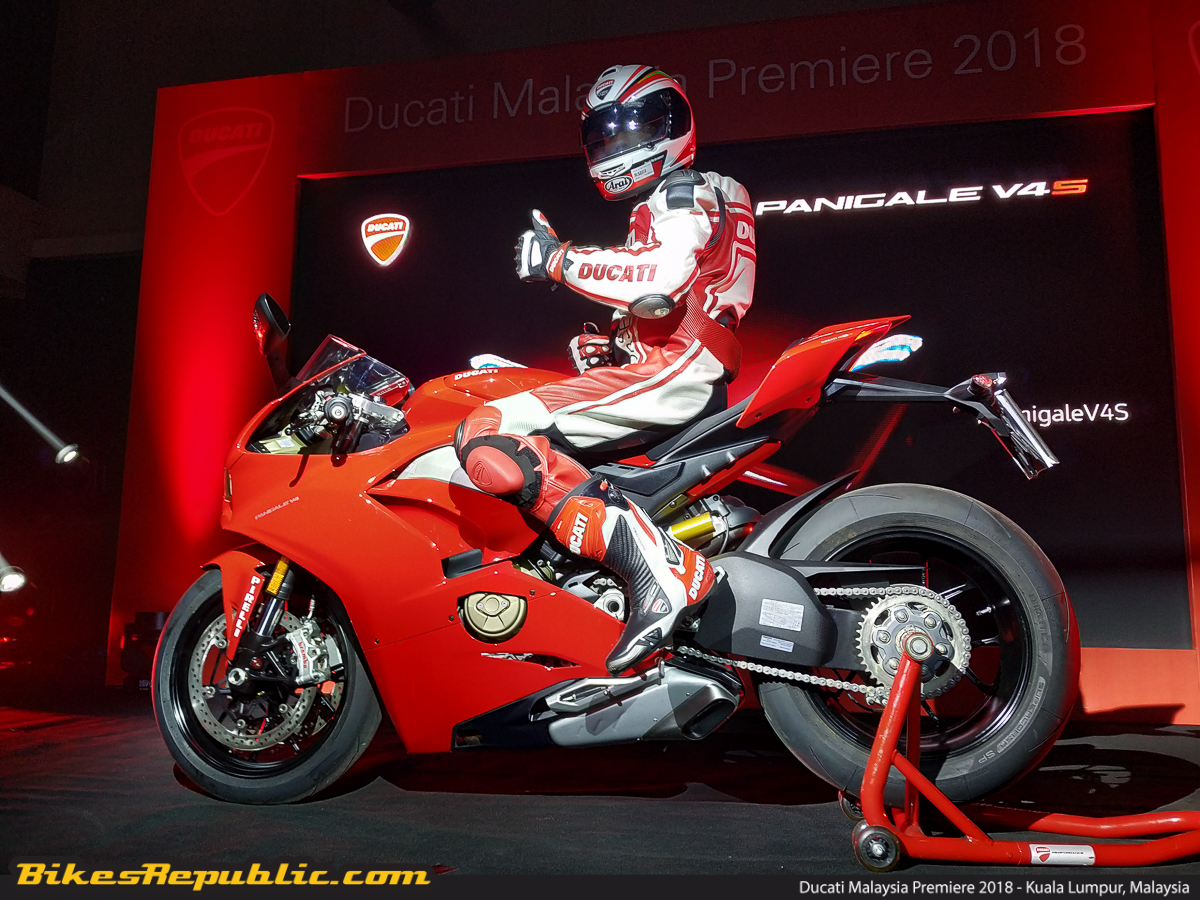 Fitted with a 1,103cc Desmosedici Stradale V4 engine inspired by the Ducati Desmosedici GP machine, the next-generation Panigale offers a whopping 214hp @ 13,000rpm at its maximum which translates to an amazing power-to-weight ratio of 1:1. The injection of MotoGP-inspired technologies such as the counter-rotating crankshaft and twin-pulse ignition allows for superb agility in which we have tested for ourselves during a test ride session the last DRE Racetrack Academy held at the Sepang International Circuit. 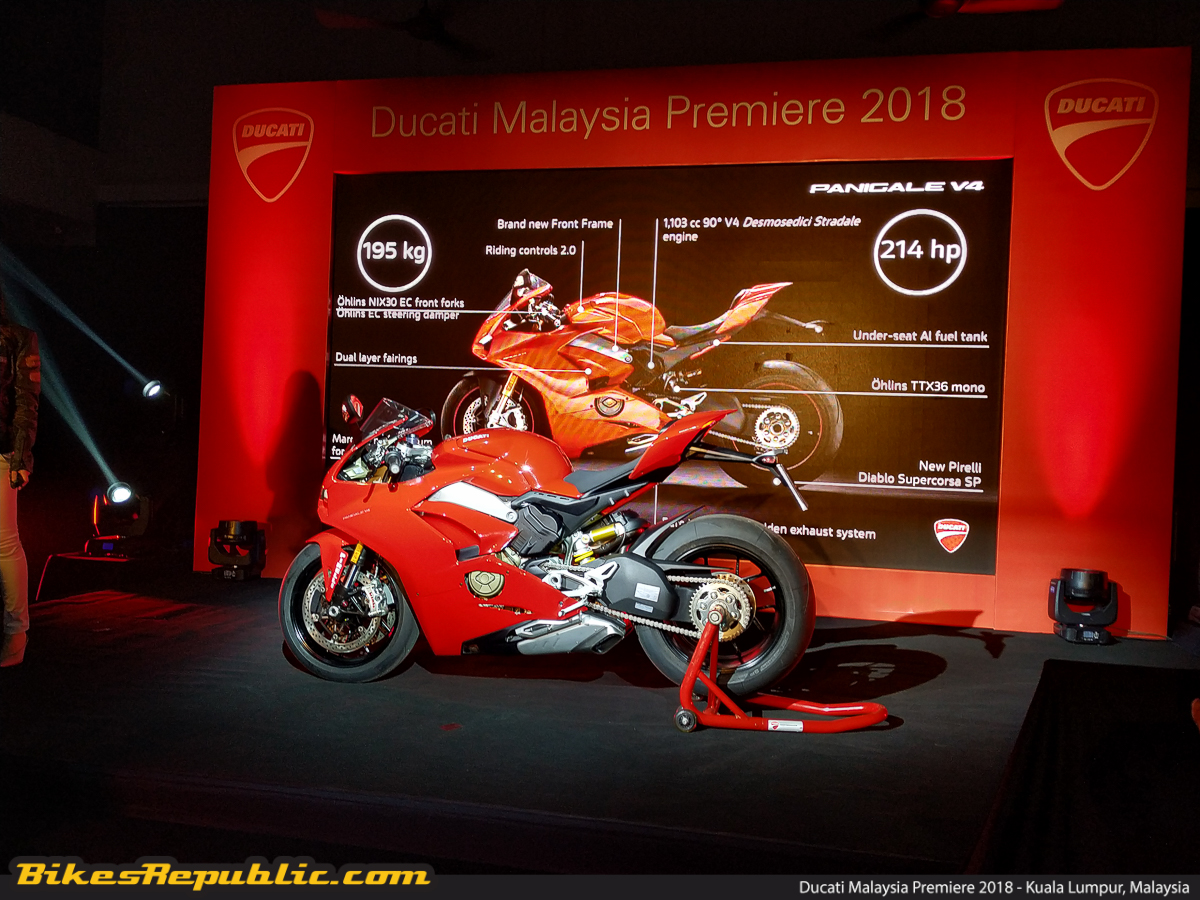 To know more about our extensive review on the 2018 Ducati Panigale V4 S, CLICK HERE. 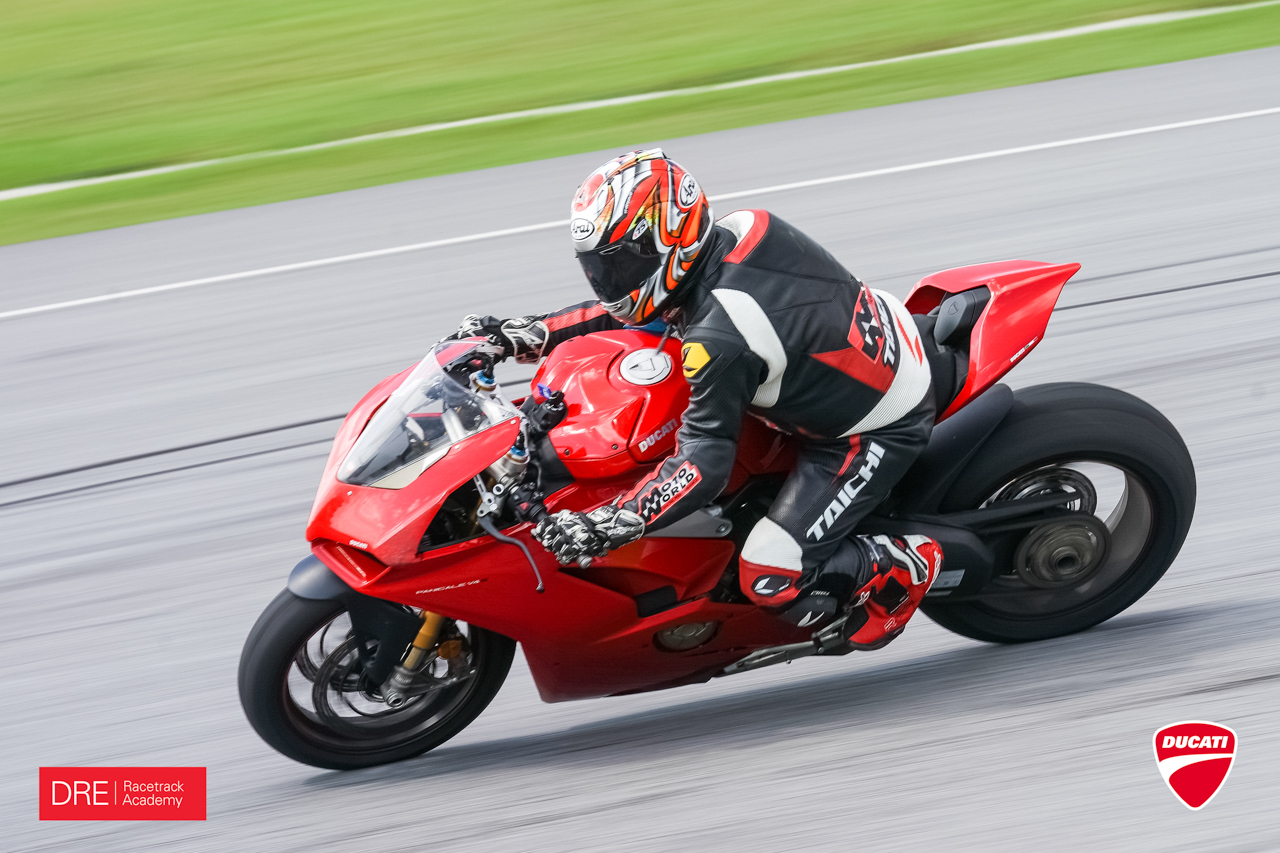 Other amazing features that put the Ducati Panigale V4 on top of the list are state-of-the-art electronics which include six-axis inertial platform data (6D IMU) control unit, a host of traction control that handles sliding, wheelies, and grip, Cornering ABS, and a bi-directional Ducati QuickShifter (DQS) just to name a few. 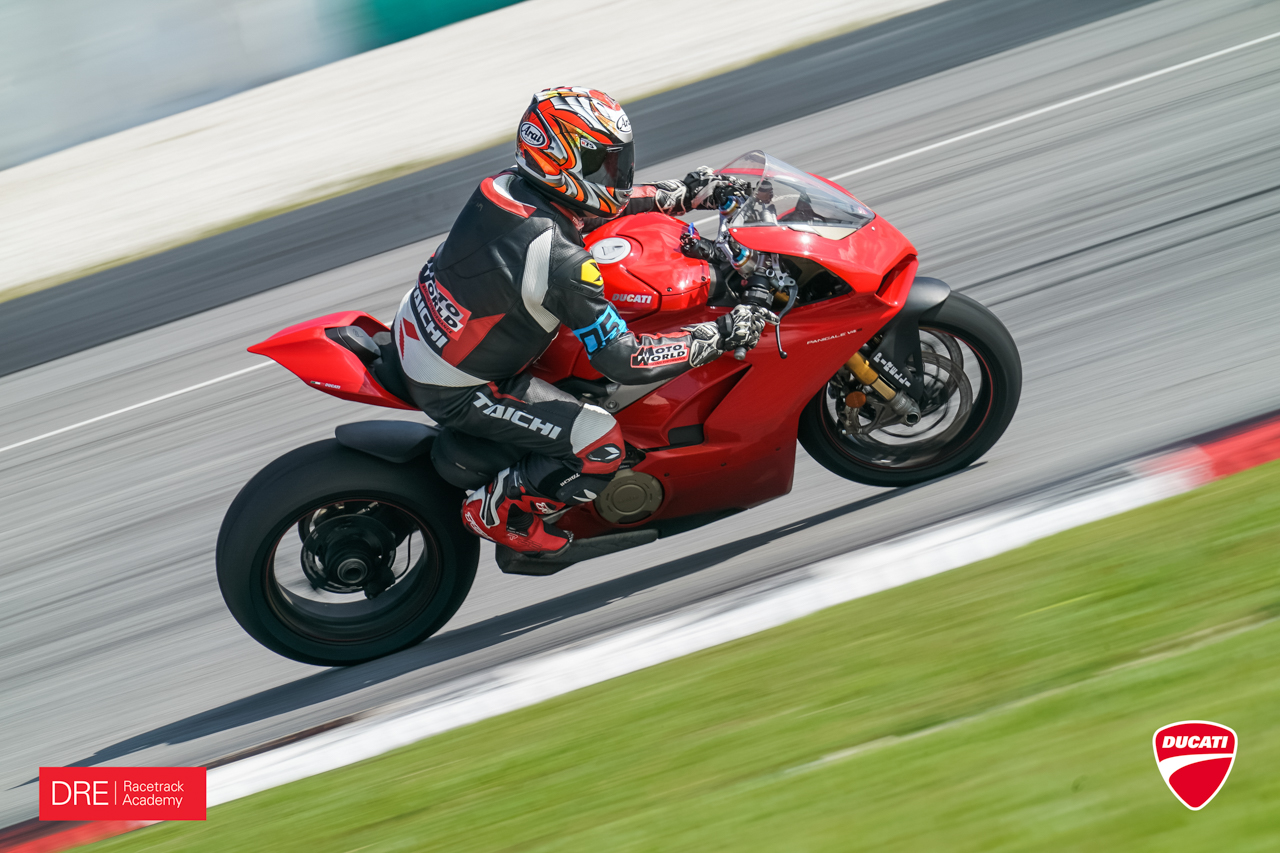 There are seven different models to choose from with the prices listed below (nett selling price with 10% SST without registration & insurance). 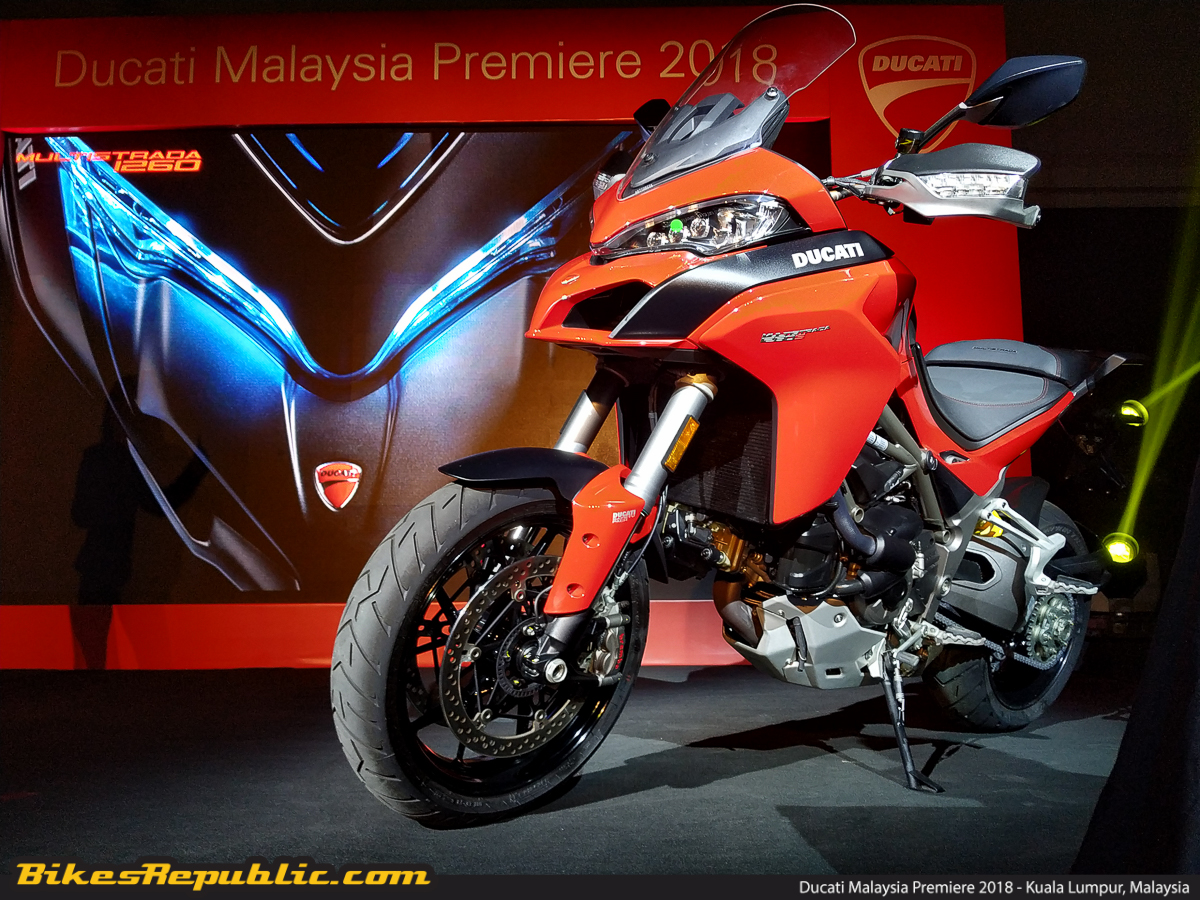 The latest-generation Ducati Multistrada 1260 S has arrived on Malaysian shores and it is by far the most powerful enduro bike ever released by Ducati with results to back its claim. The Ducati factory team has conquered the Pikes Peak International Hill Climb with a win and podium using this baby as their main weapon and has rightfully regained the title as “The King of the Mountain”. 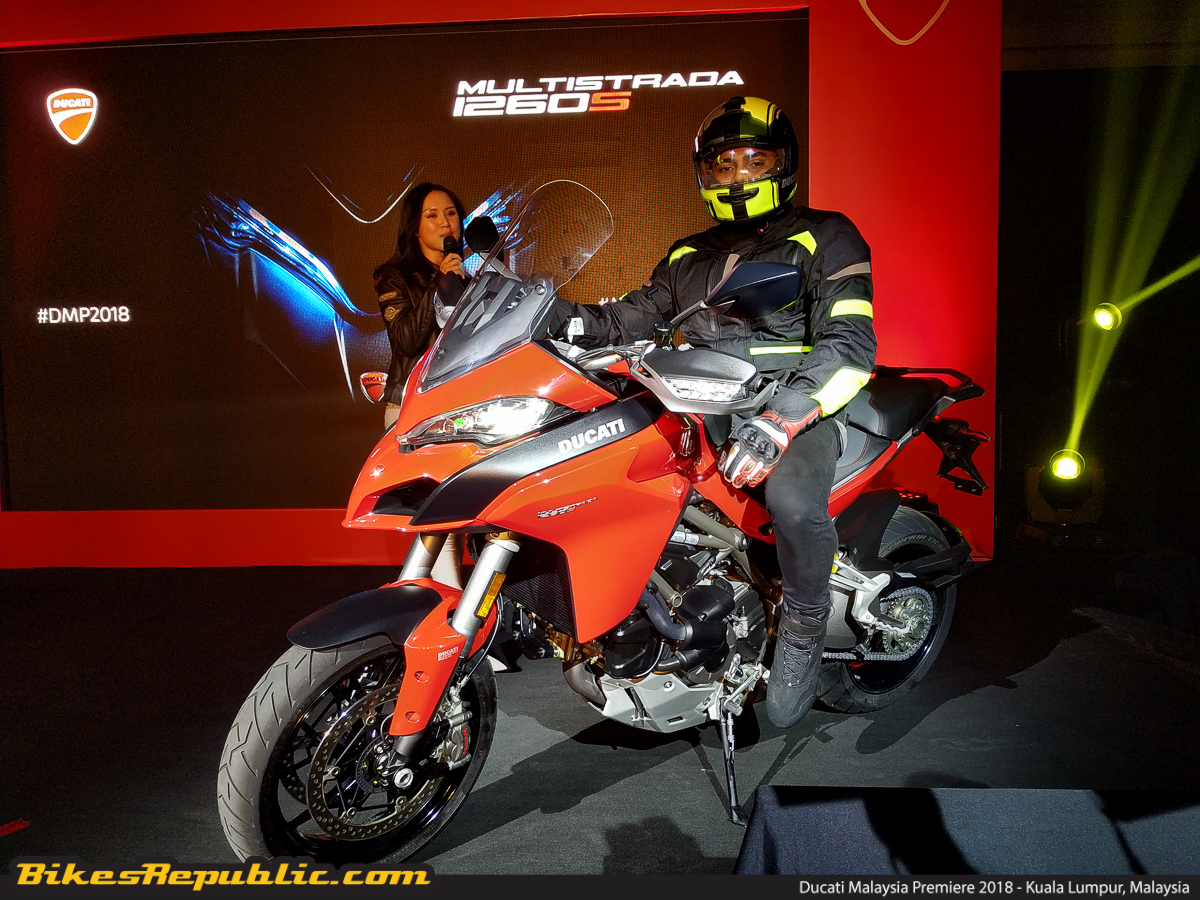 Designed to be super versatile on all sorts of roads from urban to off-road, the Multistrada 1260 S has been redesigned from the ground up and now features a brand new engine, chassis, and the latest electronics package to help deliver maximum power whilst offering high levels of manoeuvrability to the rider. 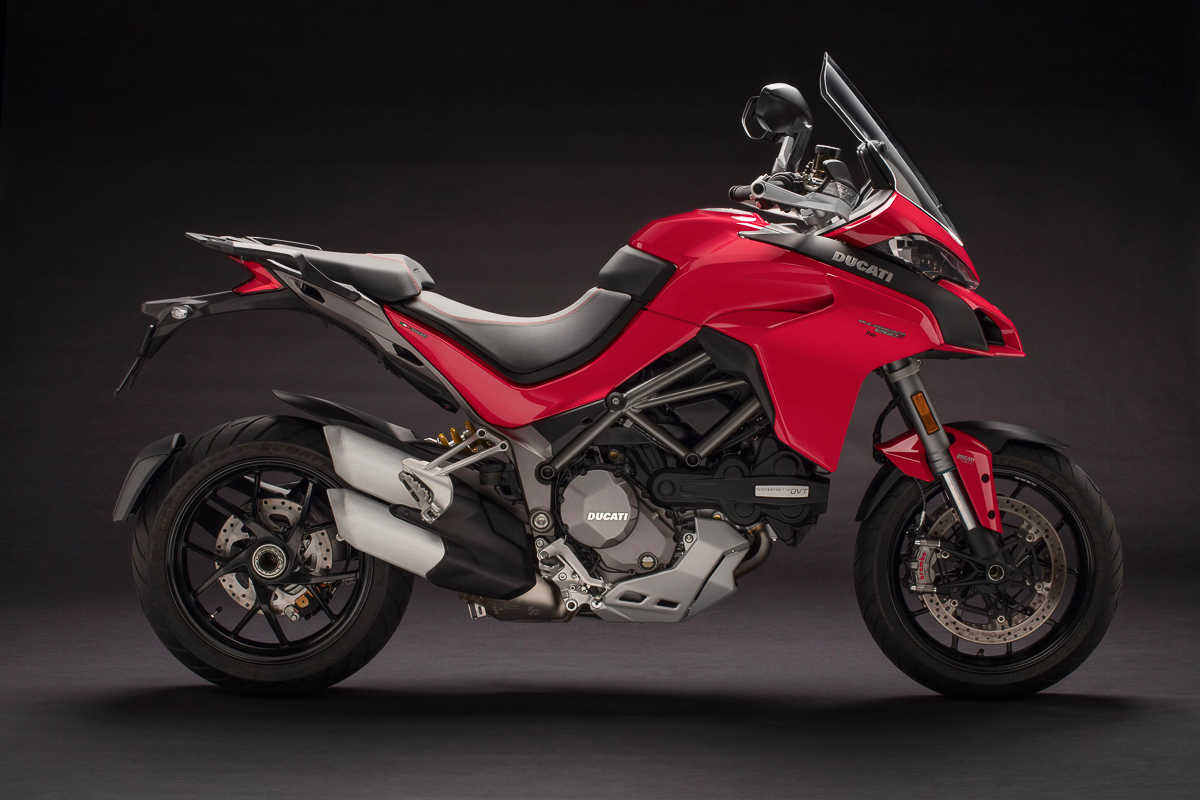 At the heart of the new Multistrada lies a 1,262cc Ducati Testastretta DVT engine which promises to deliver astounding levels of power and torque. We’re talking 158hp at 9,750rpm and 130Nm of torque at 7,500rpm which translates to the highest torque output in its class to date. To ensure that everything runs smooth as butter, the 1260 is further enhanced with specs like a new Ride-by-Wire for a smoother throttle control and Ducati Quick Shift (DQS) Up & Down for an overall improvement in riding experience.

Other new features include: 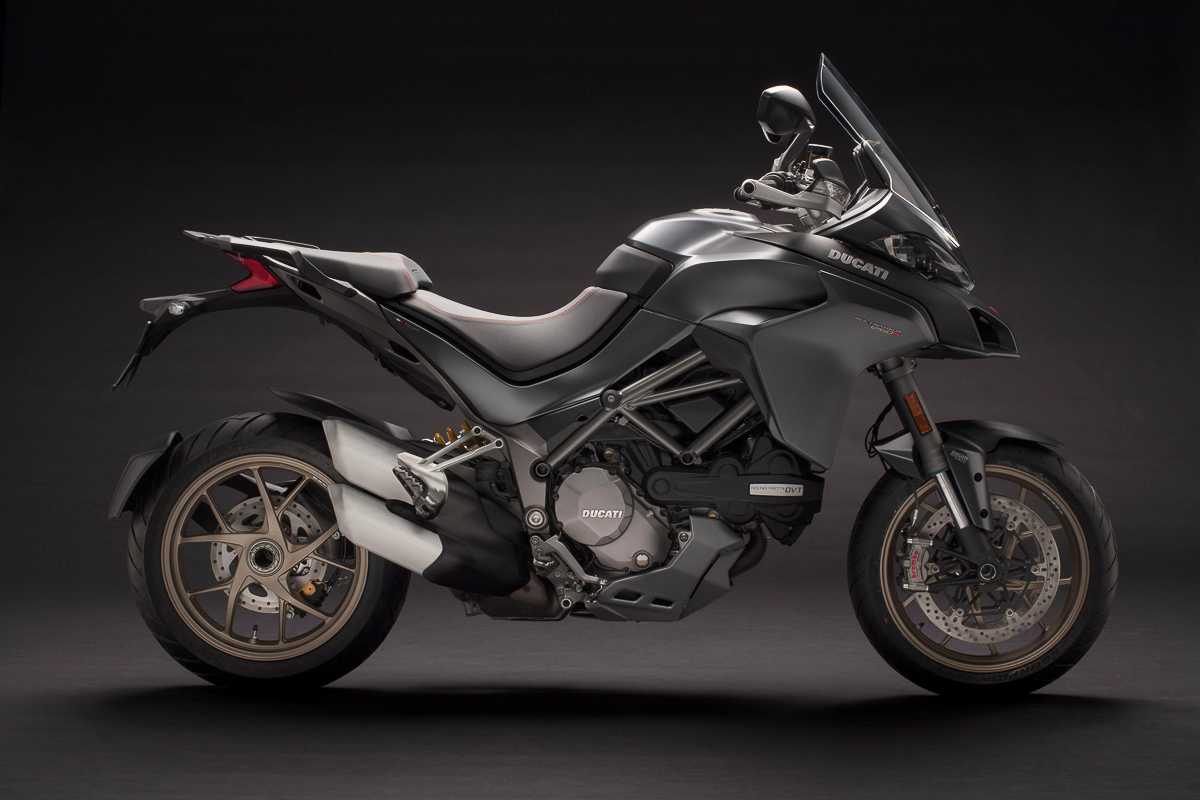 There are three models on offer with the prices stated below. 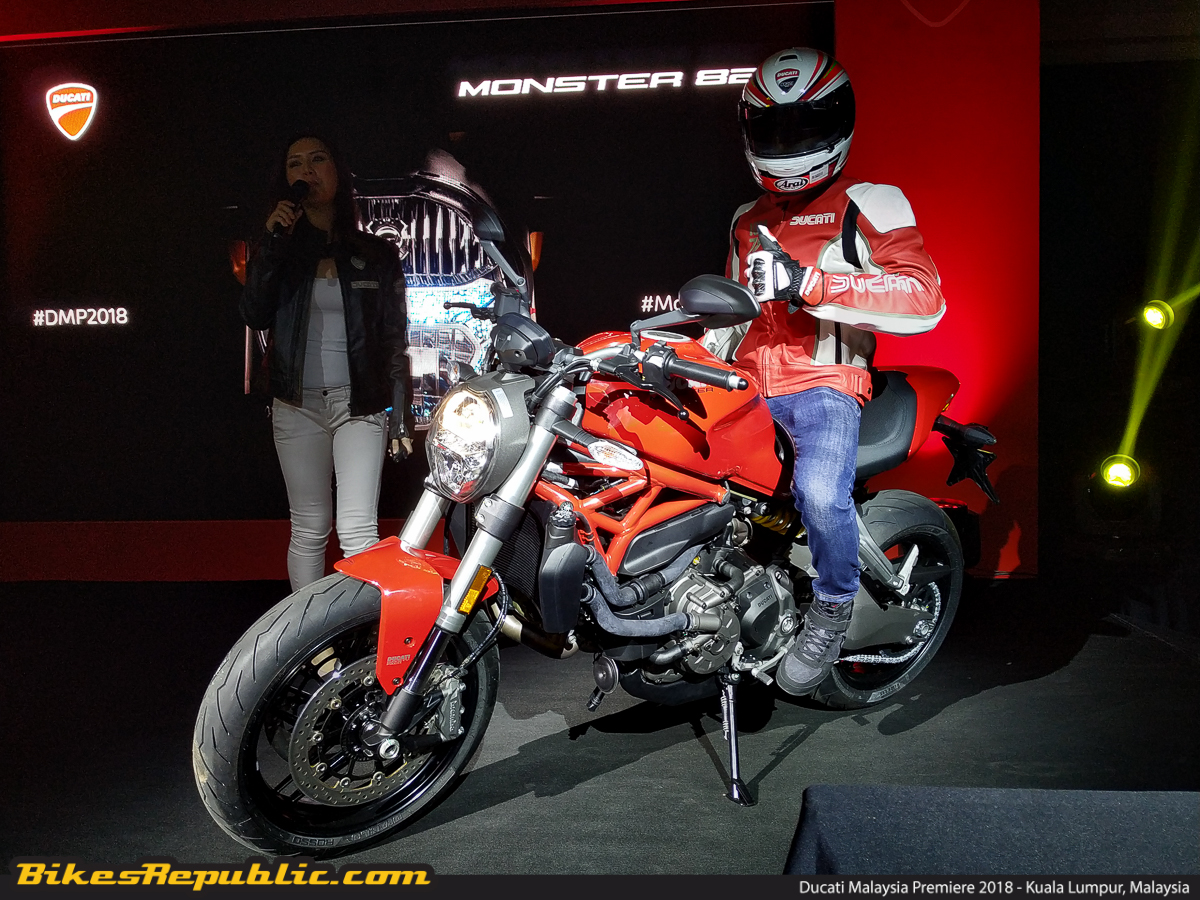 Here’s something for all of you naked bike fans and Ducati enthusiasts out there, the new Ducati Monster 821! Heavily-inspired by the original Monster 900, the new 821 embodies the best of naked bike, feel, power, agility, and style especially when riding through Malaysian streets. 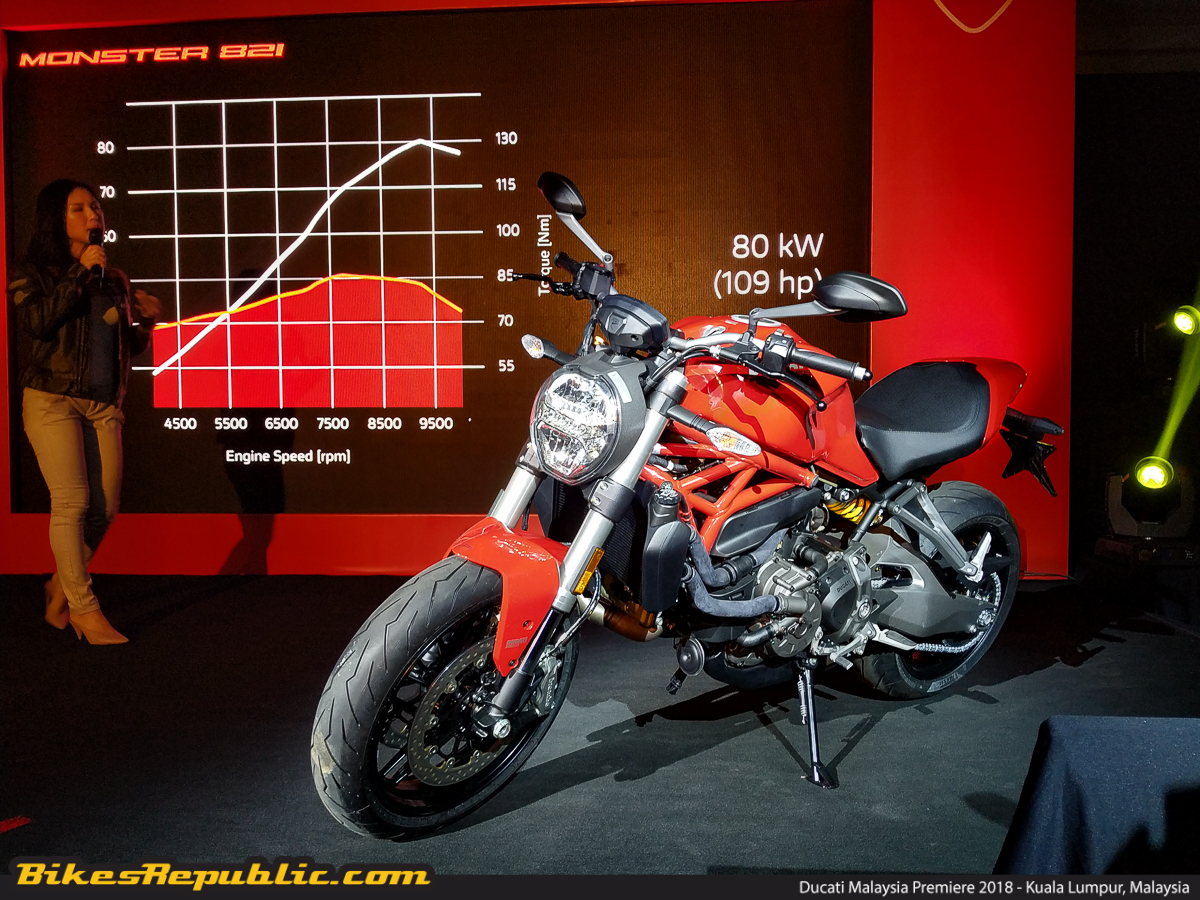 The Monster 821 features a facade that pays homage to the original Monster 900 back when it was launched in 1993. Everything from its overall silhouette to headlamp design pays great tribute to the first ever Ducati Monster but with a huge dose of technology thrown into the mix. The most outstanding feature? Its full-colour TFT screen! 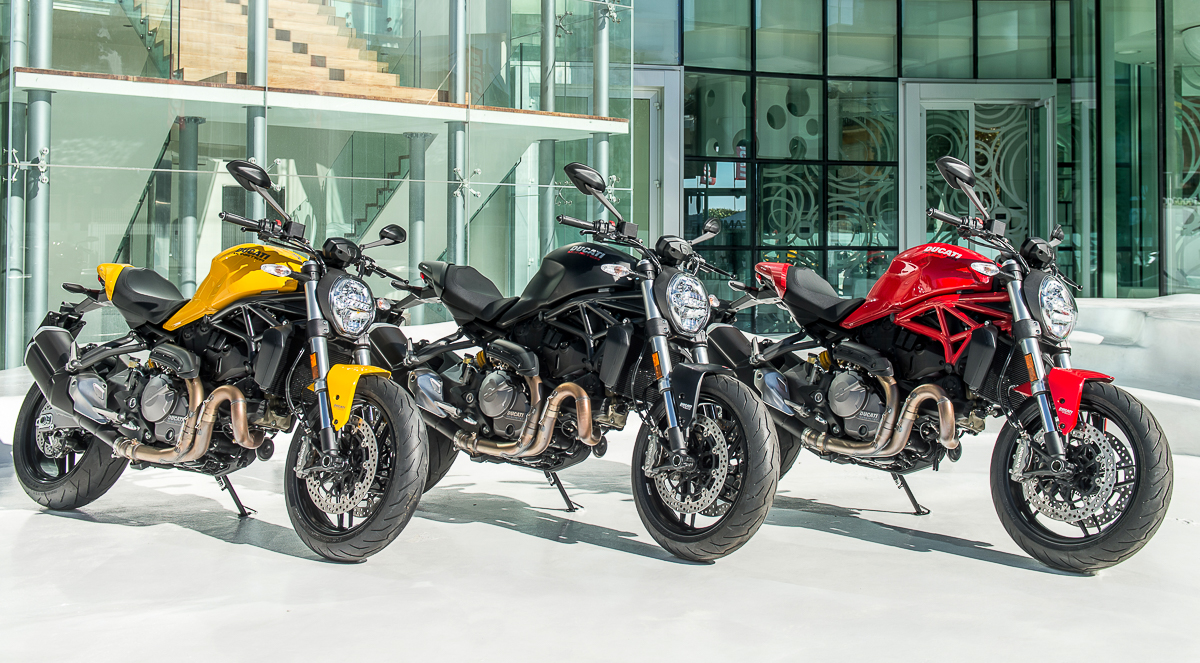 Powered by its 821cc V-twin Euro4-compliant liquid-cooled Testastretta engine, the new Monster 821 punches out a cool 109hp at 9,250rpm and 86Nm of maximum torque upon hitting 7,750rpm. Ducati has also stepped up the safety features on their latest-generation Monster with and updated Ducati Safety Pack which includes: 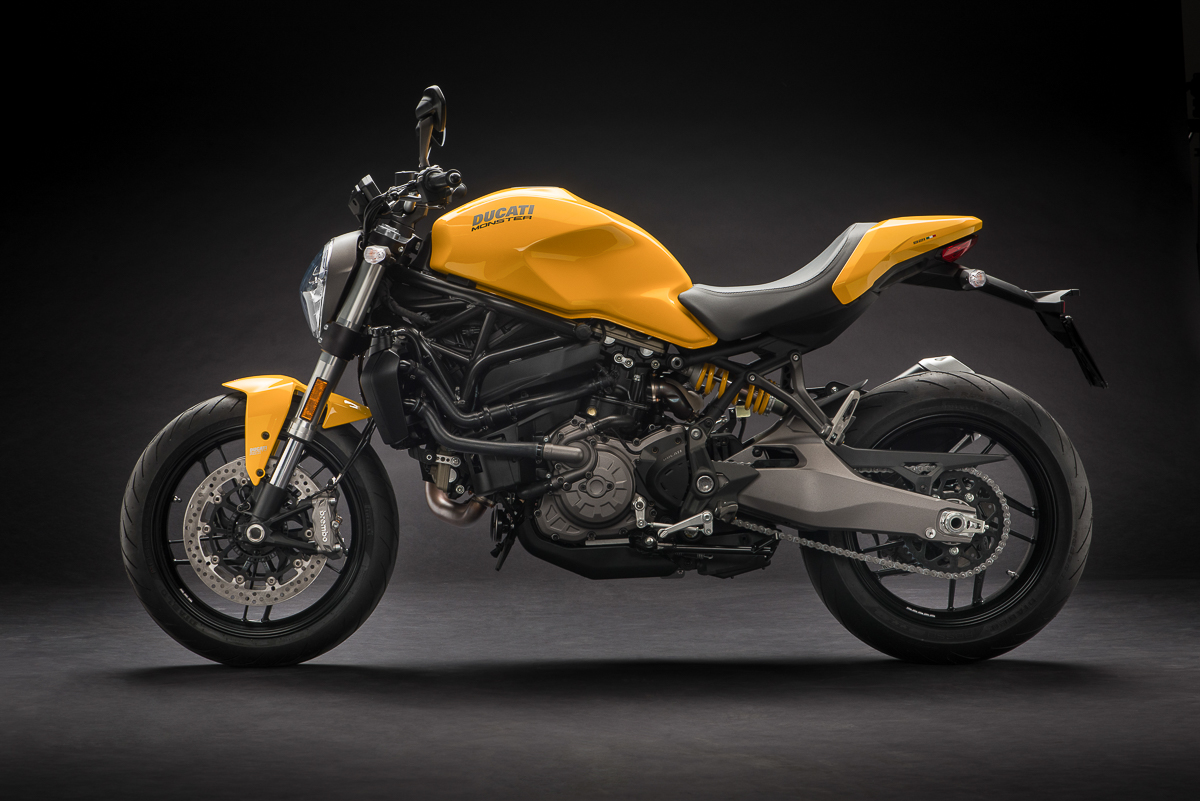 The 2018 Ducati Monster 821 will be available in two different colours; Red at RM65,900 and the iconic Yellow at RM66,900. All new and current models are available for viewing at all Ducati showrooms nationwide. 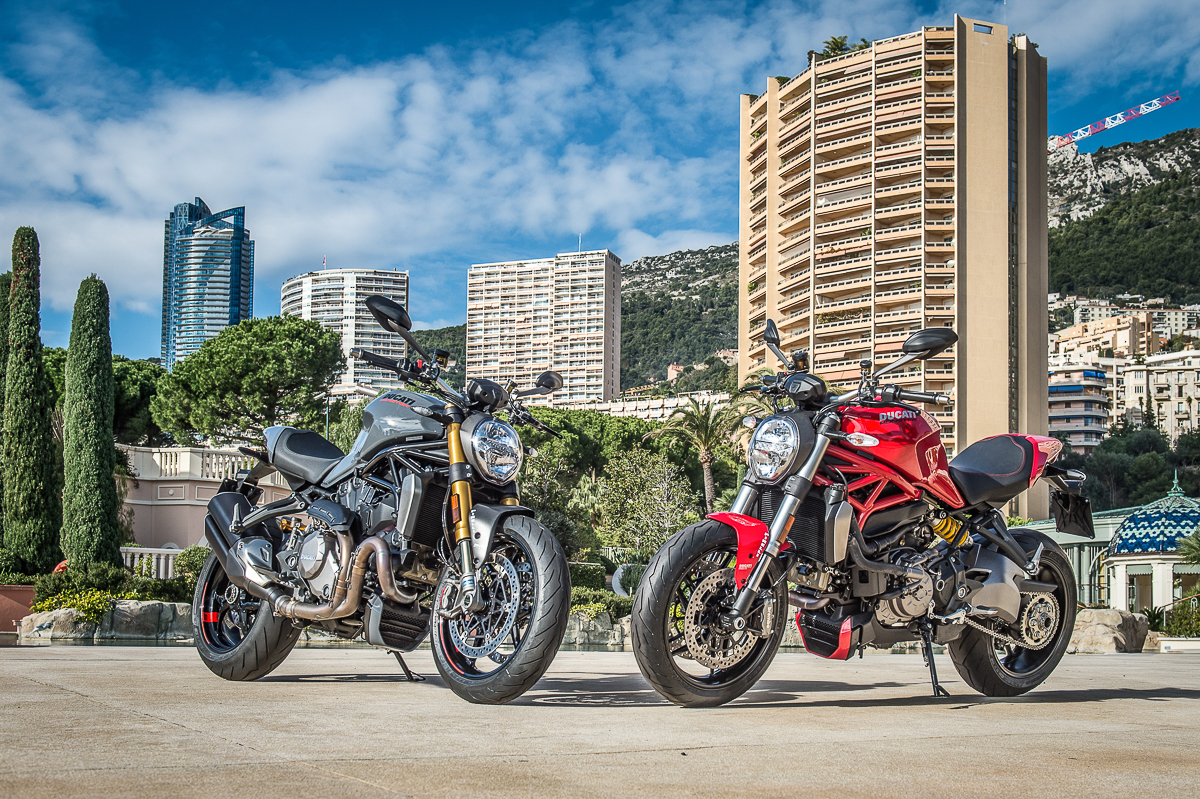 As an added bonus, Ducati will also be offering the Ducati Smart Service Program, a two-year free service for parts and lubricants, or up to 30,000km including Desmodromic service. This free service program is additional to the current two-year unlimited mileage warranty and is available at all authorised Ducati Malaysia dealerships nationwide.