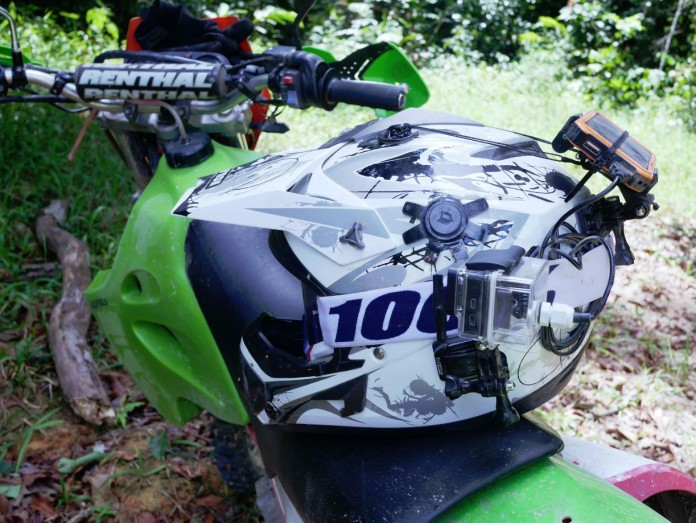 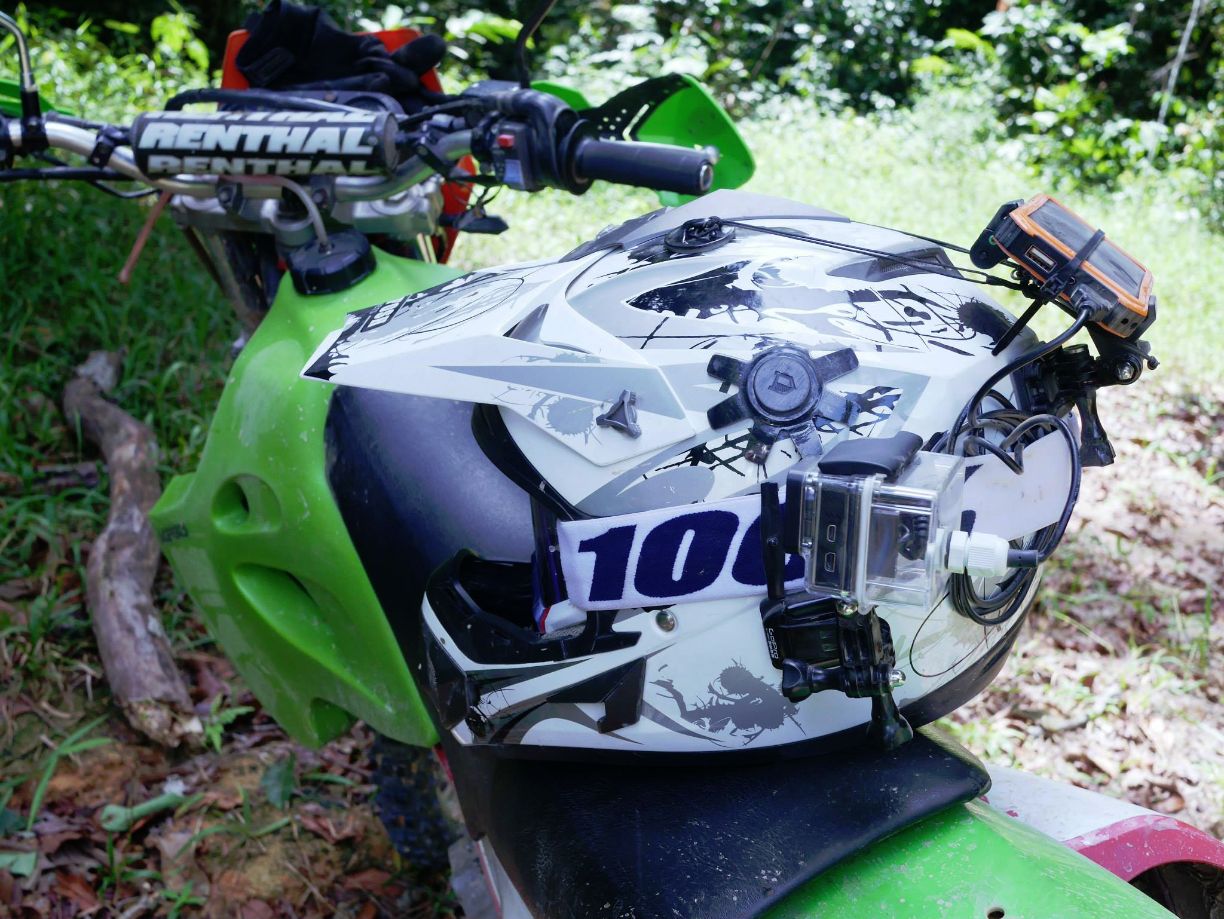 Years of riding with a GoPro and always missing that key moment because of battery death has really annoyed the hell out of me. Not to mention buying expensive replacement batteries. 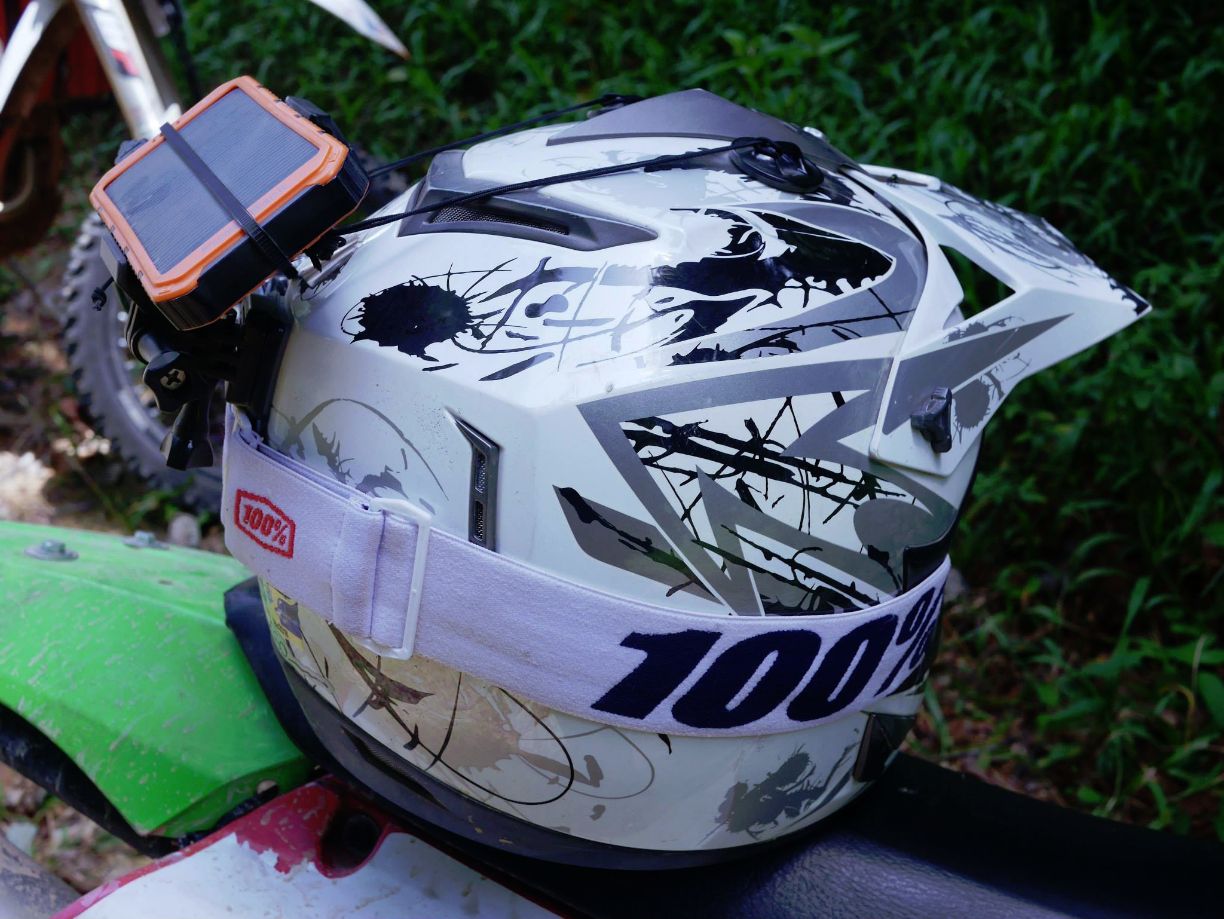 With the advent of the solar charging power bank the idea dawned on me to put this contraption together. Basically an Apple 30-pin USB adpater drilled through a battery pack housing hooked up directly to the solar power bank. 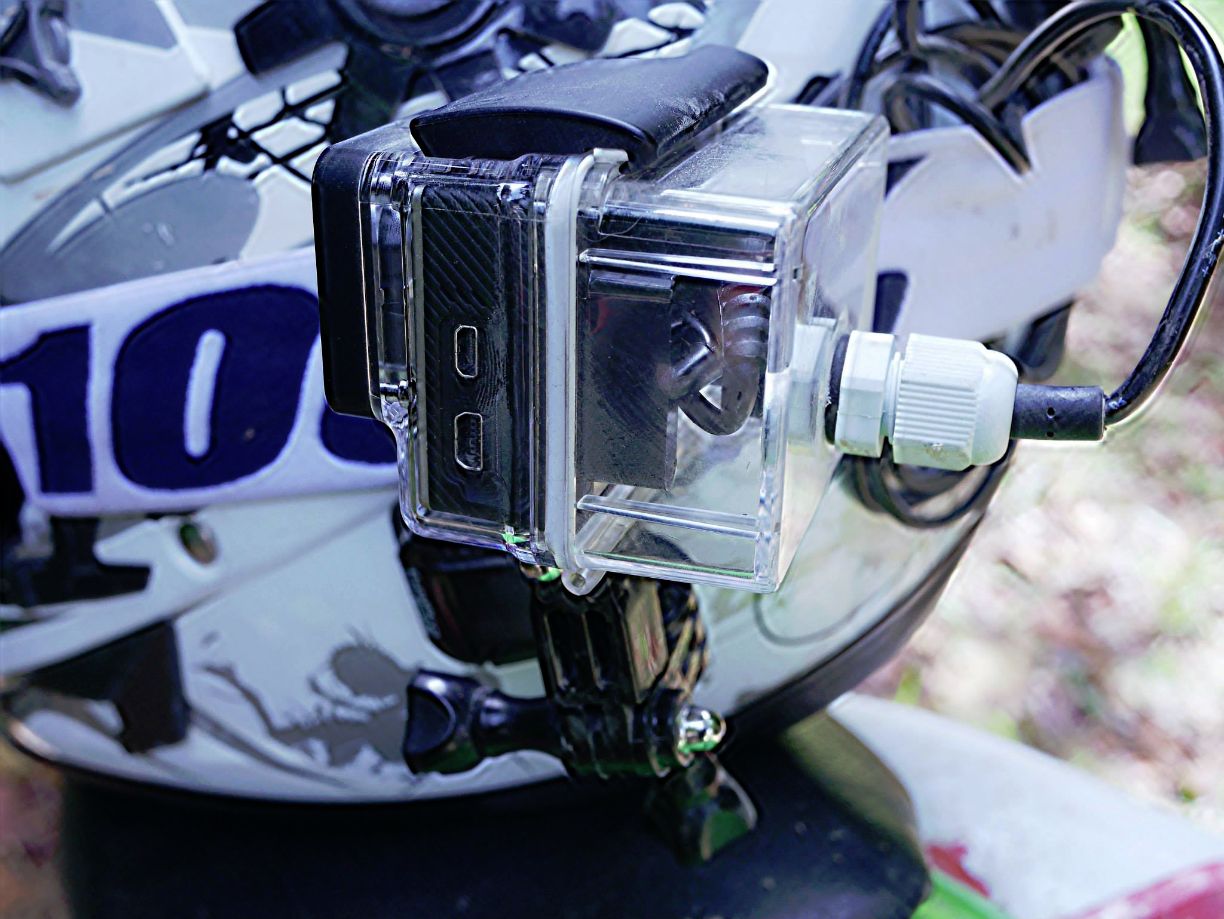 I got my water resistant and shockproof powerbank from Sweden. Works like a charm can power the GoPro forever, once the sun is gone you revert to battery power. 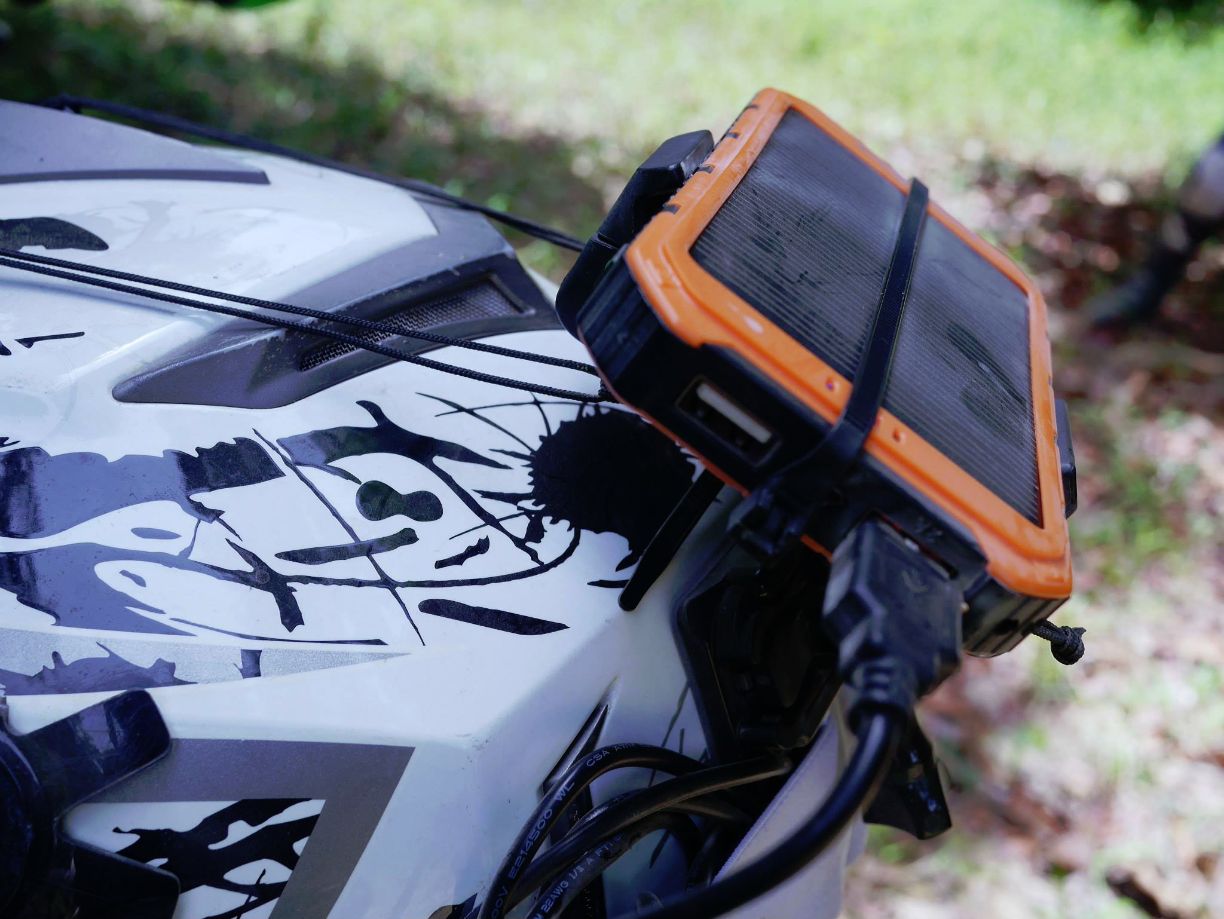 In terms of stability and weight, after experimenting with a few loactions on the helmet, have found the rear one to work the best, it doesn’t bother me anyway while riding more importantly, the powerbank is also shielded from objects banging into it like brush and it still can pick up the sun on a multitude of angles since I mounted it on a SP Gadgets phone mount at the rear. 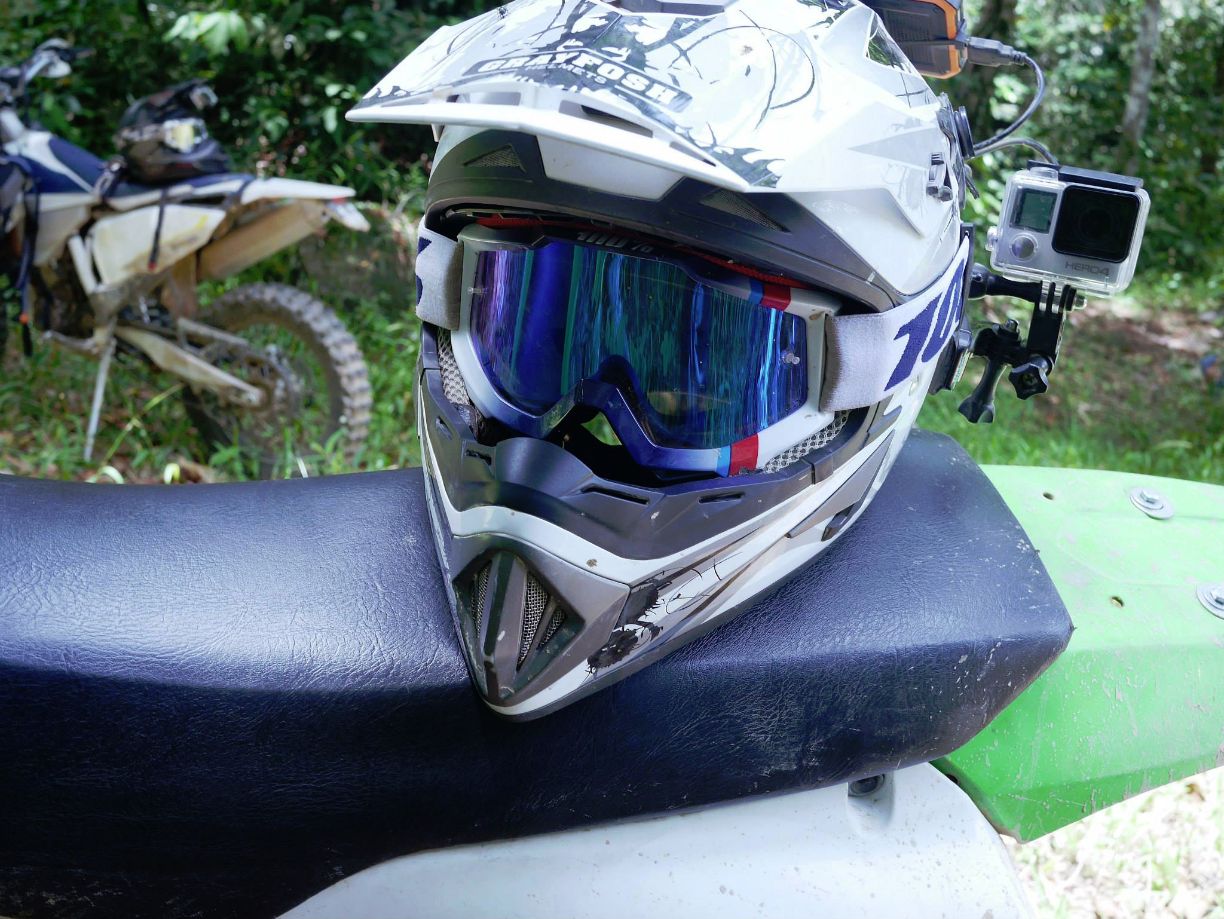 A zip tie goes directly across for added insurance and 2 GoPro surf board lanyards make sure even if it is ripped from the mount by a fall or some weird object hitting it at an angle, it still won’t fly off. After a whole day shooting MONSTER ENDURO RIDE, it has definitely proven itself on its first Mk I field test…

I’m sure I’ll be tweaking it over time. But right now if you guys and gals want something that never runs out of juice…. you might want to give this a try. In the meantime, check out how this setup ‘took the staircase’ and survived!