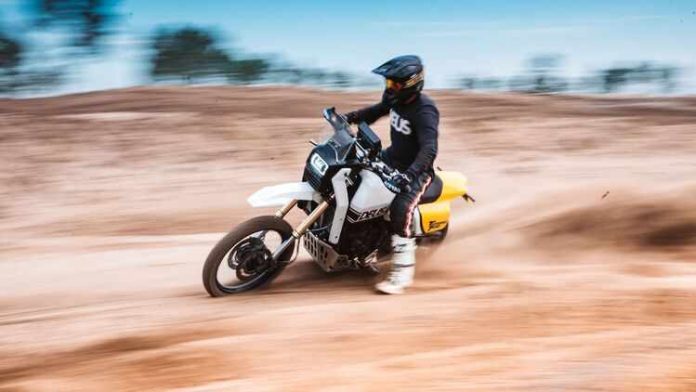 DeusYamaha Ténéré 700 gets an injection of 1980s Dakkar dirt-buster styling.

Leading Italian motorcycle customisers Deus Ex Machina is no strangers when it comes to all things retro and custom. Its latest creation, the Deus Yamaha Ténéré 700, is no exception either.

The retro aesthetics is the work of French racer Jean-Claude Moussé, who presented the creation during the recent Wheels & Waves Swank Rally event – which ran behind closed doors.

The bodywork design, specifically the fairing, tank cover, seat, rear mudguard, and side covers, were all done by Camel Studio, and will be available as a kit. 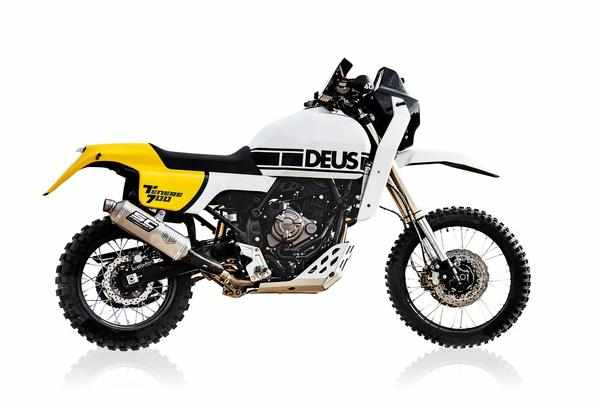 Other notable additions to this retro-fied Ténéré 700 include a new radiator guard, chain guide and protection, a Yamaha motor guard and toolbox, as well as a pair of Acerbis handguards.

The stock Ténéré 700 front forks have been swapped out for a new set from Andreani that allow an extra 30MM of travel, and the rear shock is now an Öhlins unit. Other notable bits include an SC Project exhaust kit that looks the business.

Are you digging the Deus Yamaha Ténéré 700 is all its squared, retro dirt-busting glory?