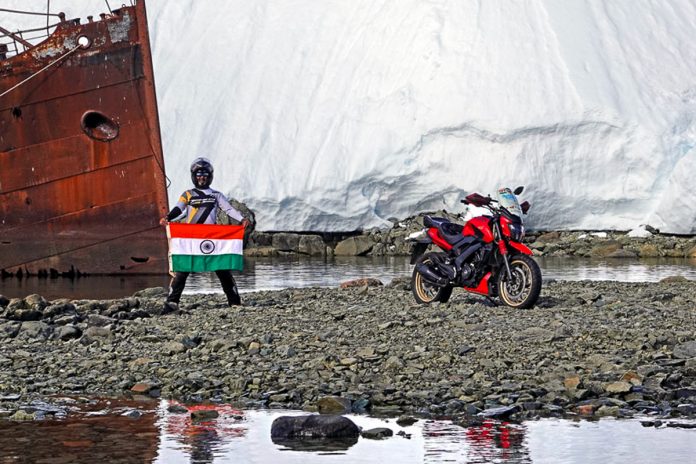 Here’s proof that the Bajaj Dominar 400 is one tough cookie. Indian rider, Deepak Kamath, went on an adventure of a lifetime by riding his 400cc baby from the Arctic Circle all the way to Antarctica. That’s 51,000km and it was completed within 99 days!

Together with his two buddies on the same Bajaj Dominar 400 bikes, Deepak Gupta and Avinash, these tough riders rode through two continents, covering 15 countries in just three fulfilling months. While his two friends were satisfied when they reached Ushuaia, Argentina aka “End of the World”, Deepak Kamath took it up a notch by sailing his bike over to Antarctica and continue his journey. 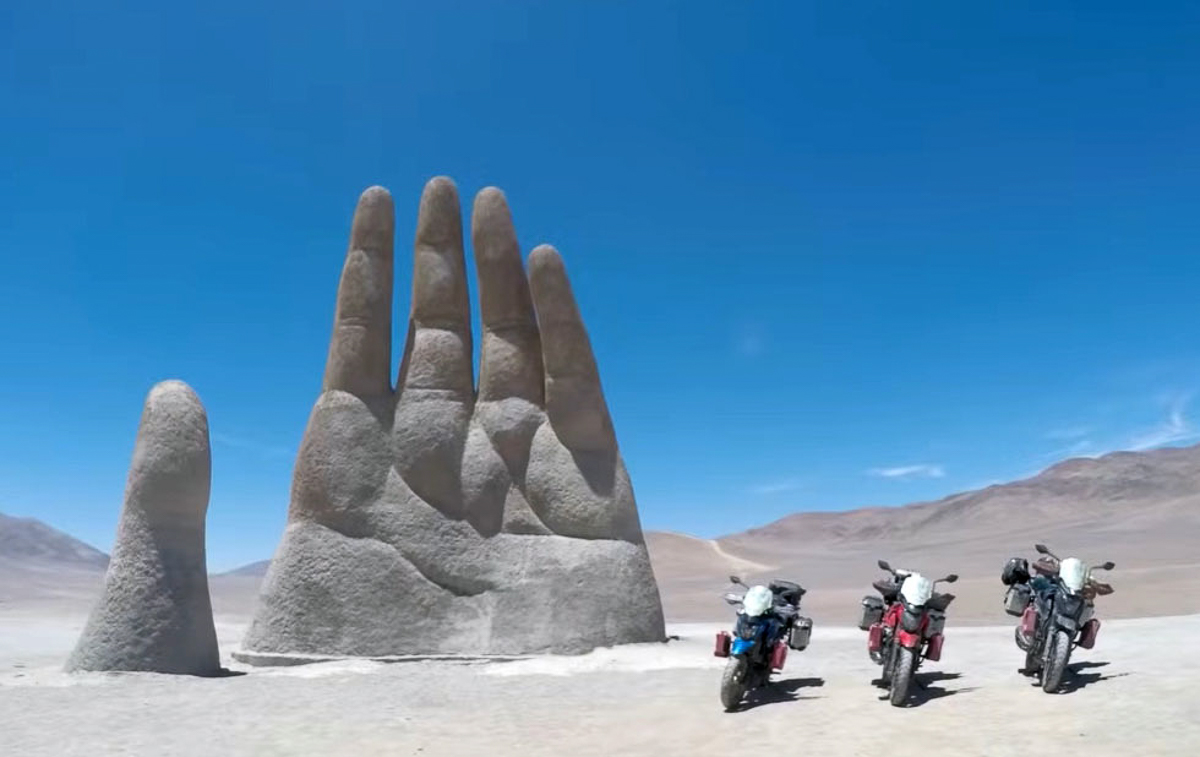 They’ve managed to complete this extensive feat by covering roughly 700km each day, including travelling on roads less travelled by fellow commoners. Battling harsh weather conditions, they had to go through several issues like visa clearances from several countries. Luckily, the respective Indian embassies were more than happy to help. 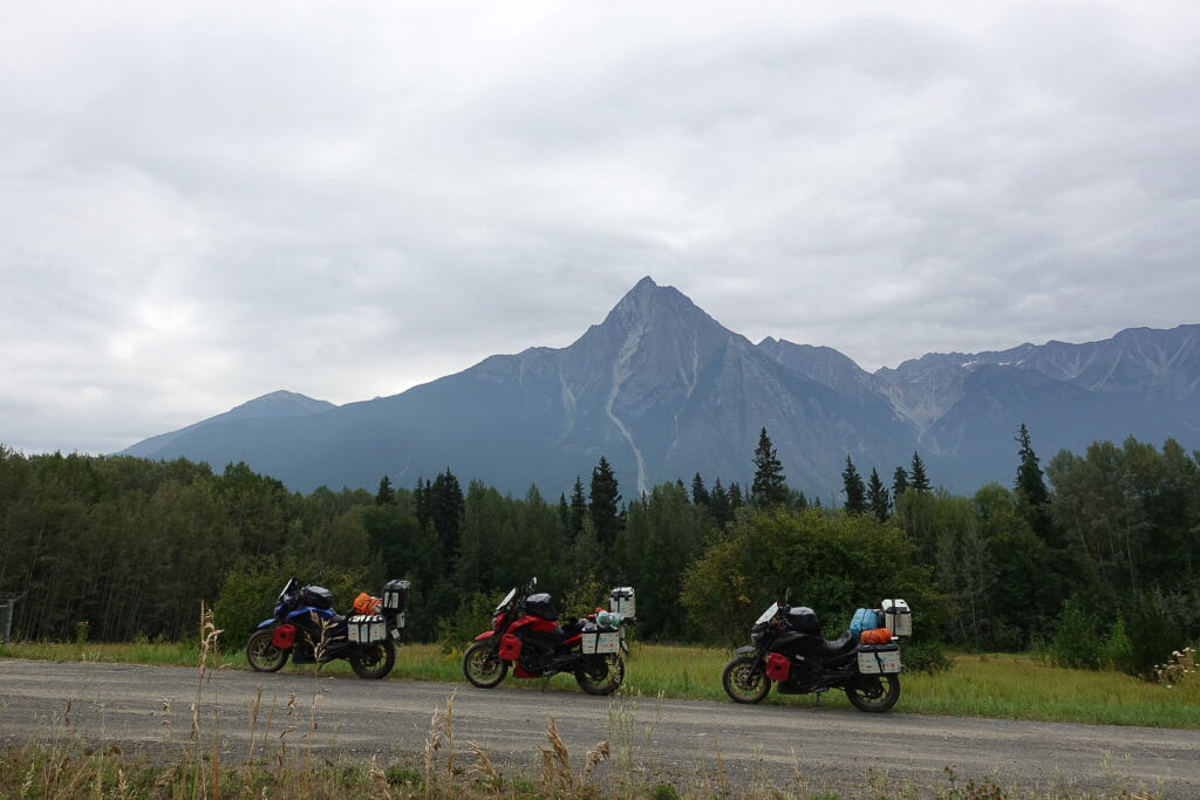 Sponsored by Bajaj and other Indian companies, the boys made sure that they get the job done in the required amount of time, which also meant spending some quality time resting in hotels and eating at local eateries to cut down on time as well as camping gear which something that is usually needed for this kind of adventure. 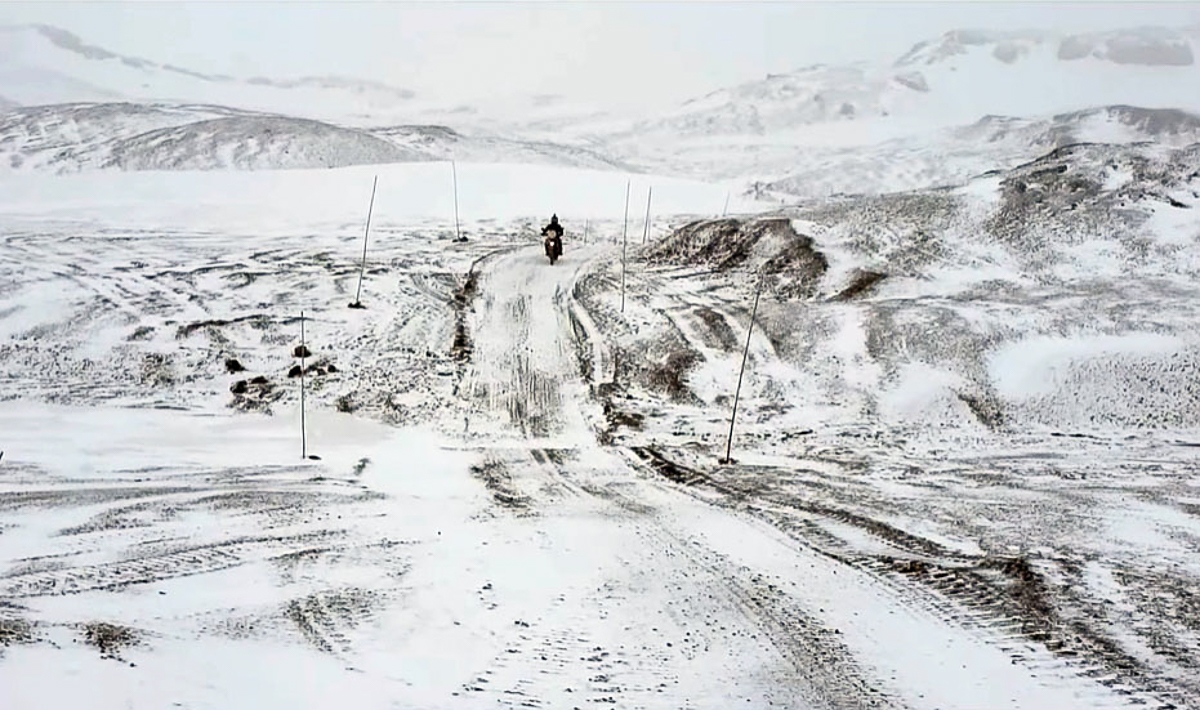 It was a tough journey, especially the five-day sail to Antarctica, but Deepak wanted to make sure that this record is official and will hopefully stick for a long time. According to Deepak, “When I finally set foot on Antarctica, I knew it was worth it. It has taken me 25 years to do this, and I still get goosebumps thinking of it.”

Celebrations 🎉🎉 are on at the @instituto_antartico_uruguayo_ on achieving a fabulous 45 years since inception! . I share their joy on this milestone, not just because I rode my @bajajdominar to this research station in Antarctica, but the way they received @captain.gavrilov and me and hosted us for a good long hour and took us through what it takes to survive in the Continent during peak winters! . Amongst the many travels that have left a lasting impression, this tops my list and for a good reason!! The words 'This is your home' resounds every time I recall this escapade. . #TheAdventuresofArmstrong #2wheelstories #deepakkamath #BajajDominar #CanyonRed #Dominar3442 #antarctica #india 🇮🇳 #uruguay 🇺🇾 . @bajajdominar #WhereisYourDominar #DontHoldBack

If you ever had any doubts about buying your very own Modenas Dominar D400, this will definitely point you in the right direction. Head over the Modenas Power Store Kota Damansara to have a closer look at this 400cc beauty.