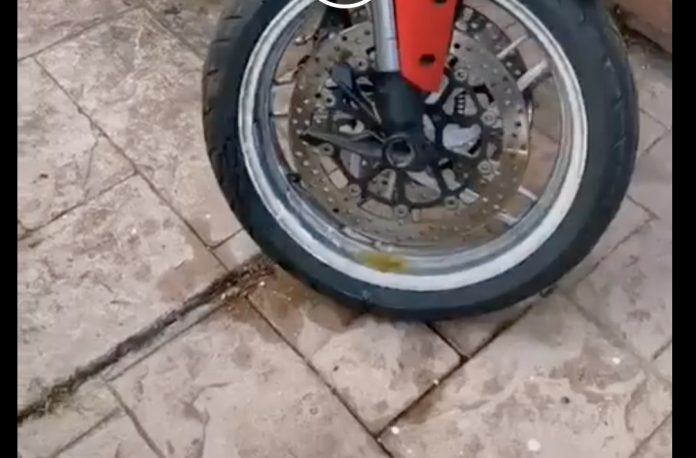 What is this country coming to? We hear about brake caliper thefts almost every single day now, but when it especially stinks when it involves motorcycles from other countries, like to these unfortunate Thai riders.

Information is scant but according to the original poster, the Thais had stopped at the Gurney Hotel in Penang for the night. The woke up to missing brake calipers on their bikes the next morning.

The first bike in the video is a Ducati Multistrada 1200. The Brembo calipers are missing, disconnected at the anchor points and hose’s banjo bolt. Brake fluids has leaked out everywhere.

The next bike is a BMW R 1200 GS Adventure. The calipers were thankfully in place, but the hose was already disconnected. The scum probably didn’t have time to finish his dastardly deed.

We couldn’t for the lives of us describe just how embarrassed we are about this. This wasn’t the first case. A Frenchman who was travelling around the world also lost the brake calipers on his motorcycle.

Are thieves in Malaysia so brazen now that they could steal from 5-star hotel parking lots? And do we have to remind the police that not one single thief has been caught since we posted the tips on securing brake calipers a year ago? Or should street justice prevail but sentencing the thieves to impalement with a KLX250 fork?