The BMW G 310 R (roadster) and G 310 GS (adventure) versions were launched to a great reception, not only in Asia where they were first intended but also in Europe and the Americas. Heck, we even saw many G 310 GS entered in the recent GIVI Rimba Raid Mat Daling and they performed well. What is missing from the line-up though is the sport version. 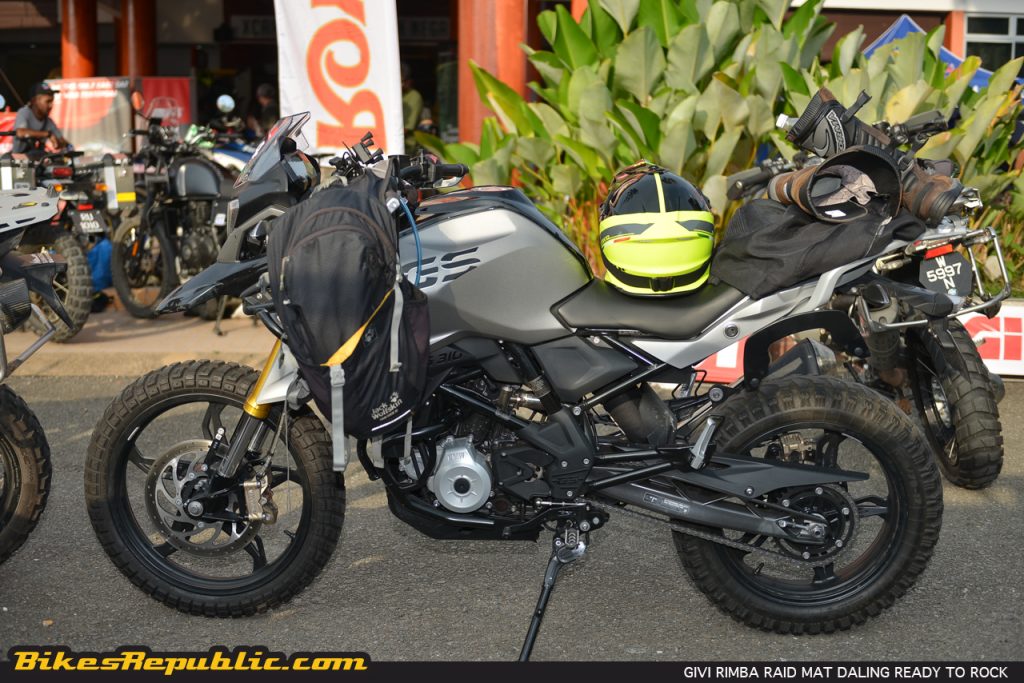 While it has been rumored for some time that the German manufacturer is working on a G 310 RR, they have been very secretive about it, hence there were little news and pictures to reveal the bike.

Well, BMW has dropped a bomb on us. The fully-faired version made its first appearance at BMW Motorrad Days in Japan.

As evident from the photo, the G 310 RR concept’s styling is heavily influenced by its popular sportbike sibling, the S 1000 RR, including the headlamps and the sinewy fairing on the right side complete with the trademark shark gills. Yes, we are sure some may even all it the “Baby S.”

The exhaust has been moved from the side to underneath the seat, and all the bodywork is in carbon fibre.

Speaking about carbon fibre, we do not think the material will be used in the final production bike. Still, having one more entry to the 300cc single-cylinder in the market will definitely light up the lightweight sportbike wars.