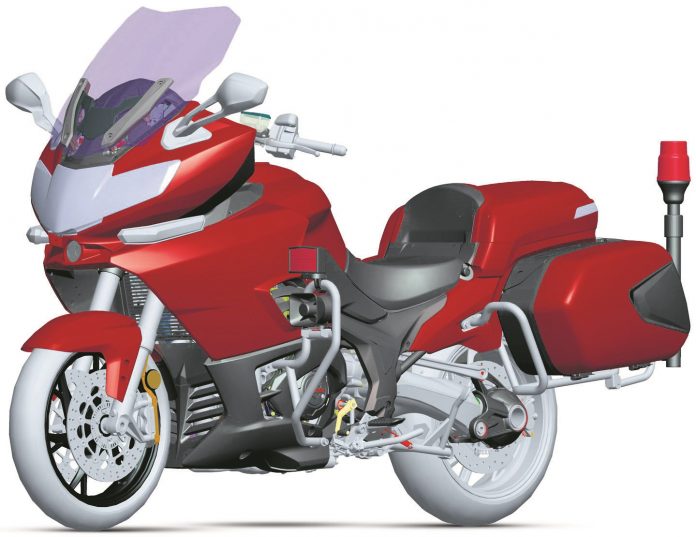 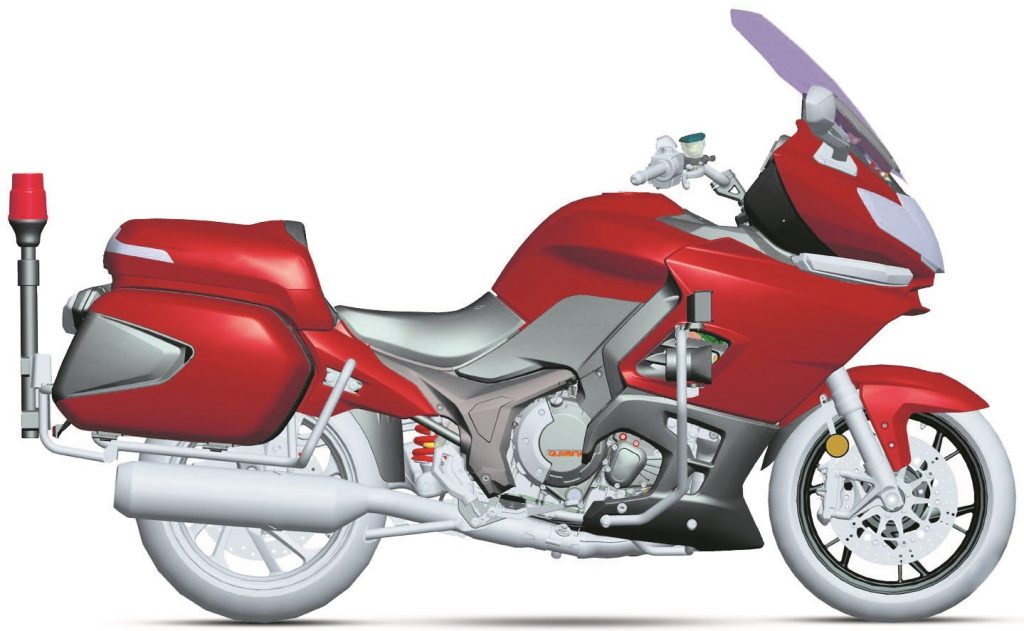 Patents of an upcoming new and large-sized QJiang touring model have surfaced online with many dubbing it to be the biggest production motorcycle ever made by anyone in the Chinese republic.

If the QJiang name sounds familiar to you, that’s because its parent company Qiangjiang Group are also the owners of Italian brand Benelli. The Chinese-owned Italian marque was tasked at developing this QJiang touring machine in fact.

Credible sources indicate that the bike will feature a 1,130cc Benelli in-line triple-cylinder heart that’s been extensively modified – for obvious reasons. It will be paired with a paralever-styled single-sided shaft swingarm drive that should be able to counter-torque under hard acceleration.

Other notable features seen in the patent include twin radial front disc brakes, ABS, cast alloy wheels, a centre-stand and an adjustable flyscreen. There’s also a rich array of switches in the dash that suggests the possible addition of features such as traction control, riding modes, and perhaps an electric reverse gear.

Besides that, the main instrument panel, on the other hand, appears to be up-to-date as it boasts a digital LCD screen flanked by two dials. You may also notice the siren and additional lights, confirming that this Benelli-developed QJiang touring model will be offered as a police interceptor first before a civilian version is released.

Since Benelli developed it, there’s also a possibility of the Italian brand using this large-sized QJiang touring model as the basis to create its own touring model in the near future. For now, we can expect this upcoming QJiang offering to stand as the largest-sized Chinese motorcycle you can buy soon.