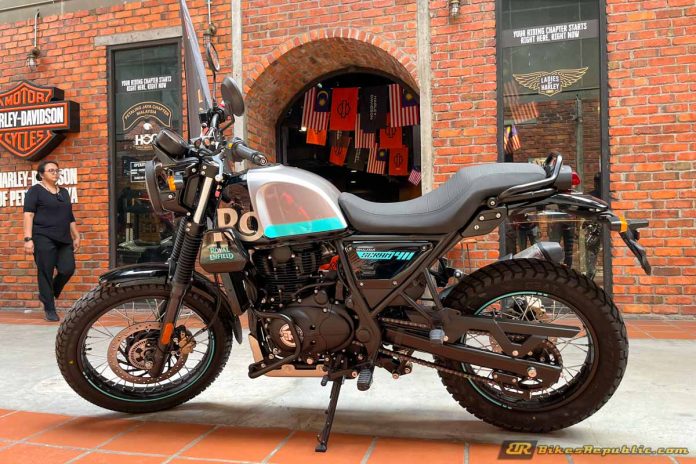 After its global introduction in March 2022, local distributor Didi Group has officially launched the Royal Enfield Scram 411 for the Malaysian market. 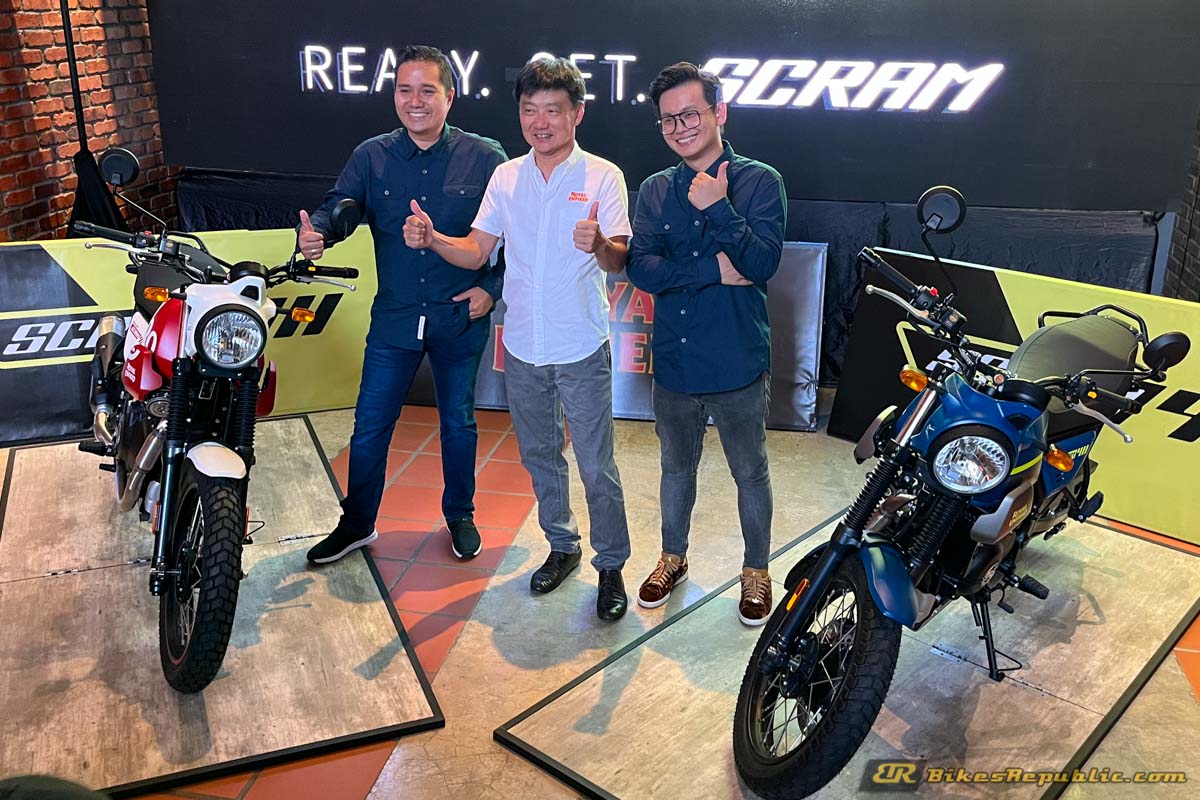 Dubbed as an ‘urban scrambler’, it’s essentially the brand’s Himalayan adventure bike that’s been stripped down and given a proper modern retro styling twist.

Whilst the Scram 411’s base chassis remains unchanged from the Himalayan, it does employ identical 41mm front forks tweaked with slightly less travel – 190mm down from 200mm. The rear monoshock’s 180mm travel figure remains unchanged though. 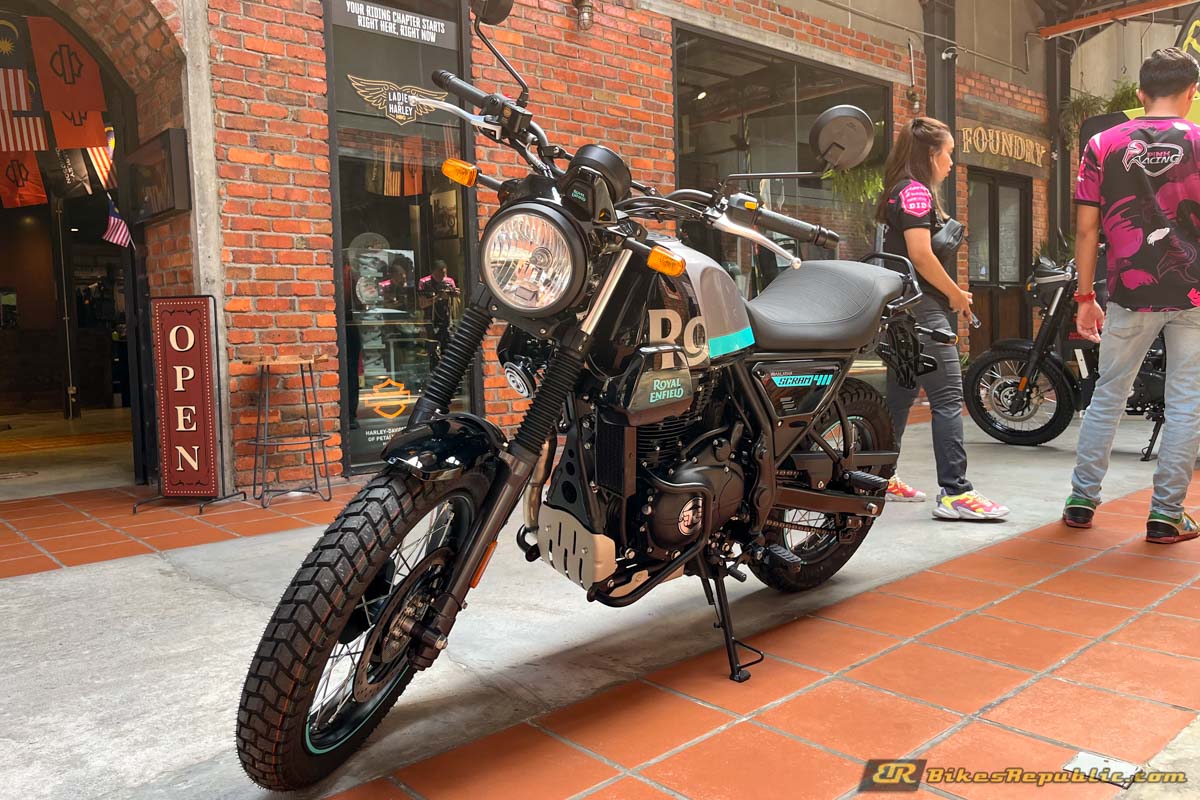 That, along with the adoption of 21-inch (front) and 19-inch (rear) wheels ought to see the Royal Enfield Scram 411 boast slightly better on-road manners compared to the Himalayan ADV it underpins. 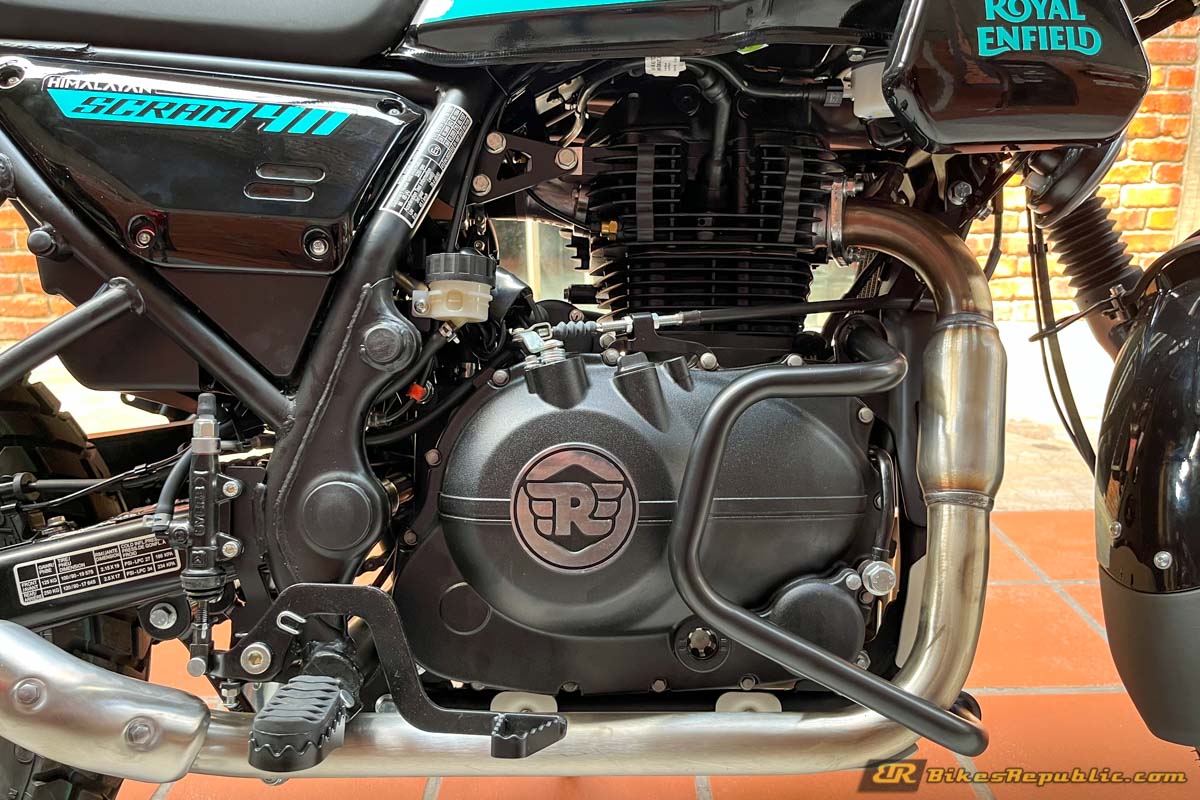 Also unchanged is the Himalayan’s powertrain package employed by the Royal Enfield Scram 411. You get the same air-cooled 411cc single with 24.3bhp @ 6,500rpm and 32NM @ 4,000RPM in this urban retro redux of said ADV machine.

Other major changes from the Himalayan obviously lay in the overall styling. The Scram 411 trade’s away the Himalayan’s fairing and high mudguard for a stripped down look with a small bit of bodywork to covering the instrument dial’s back. 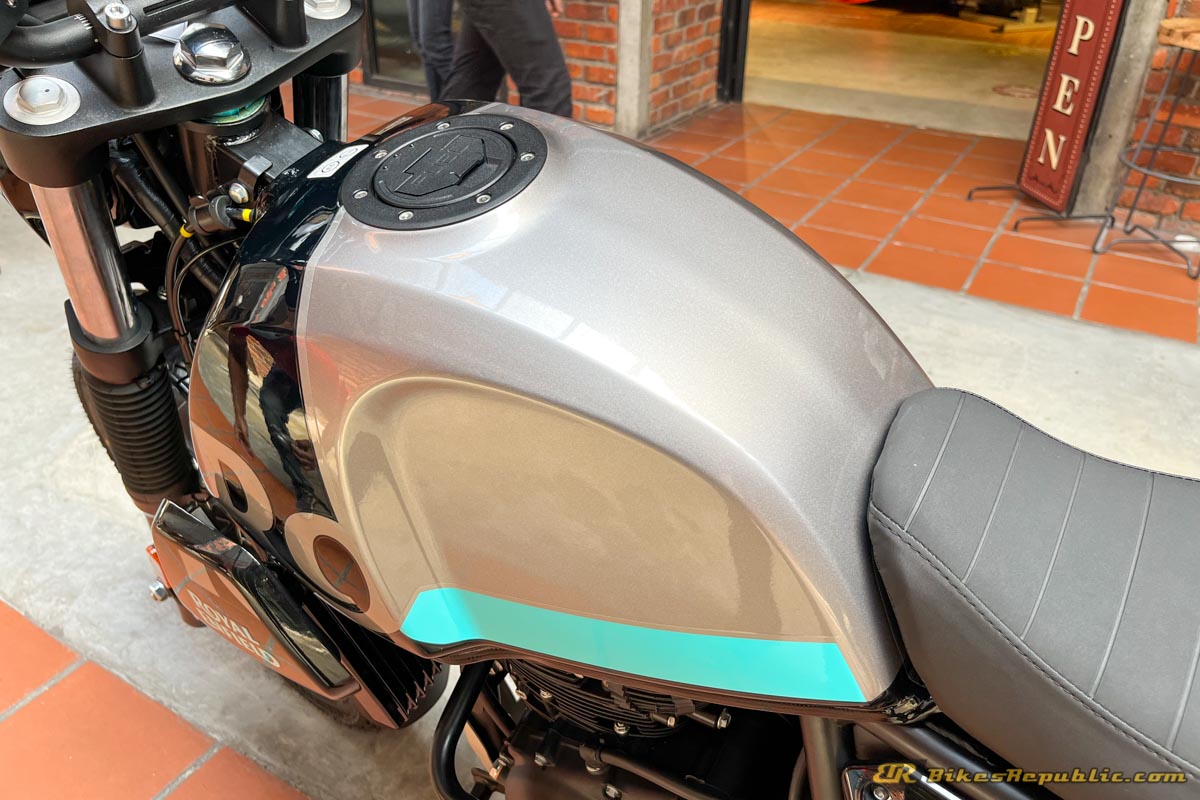