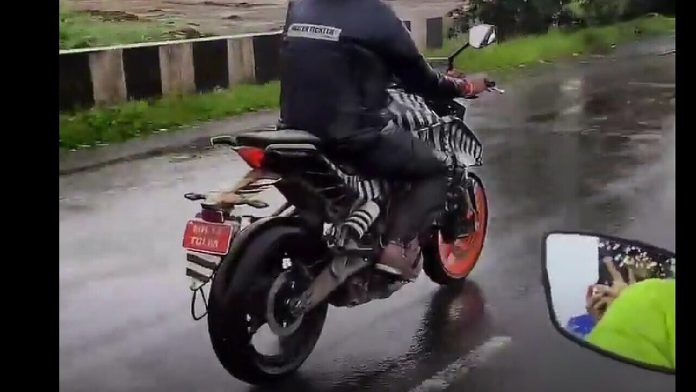 KTM could introduce the next generation KTM 200 Duke as the motorcycle was recently spotted testing in India.

However, KTM could likely implement minor tweaks to the engine without necessarily changing the power output.

Looking at the spy shot, it is clear that the new 200 Duke features a more aggressive silhouette with the addition of a full-LED split headlight and a new bodywork. We also noticed slight changes done to the subframe.

While the front USD forks appear similar to the current model, the monoshock is now offset. Also, the brake disc appears bigger, with the rims sharing similarities with the new RC 390.

In addition, the test mule is also fitted with a larger fully-digital LCD instrument cluster.

No words on when we could expect the new KTM 200 Duke to make its global introduction, but the announcement will likely be made soon.