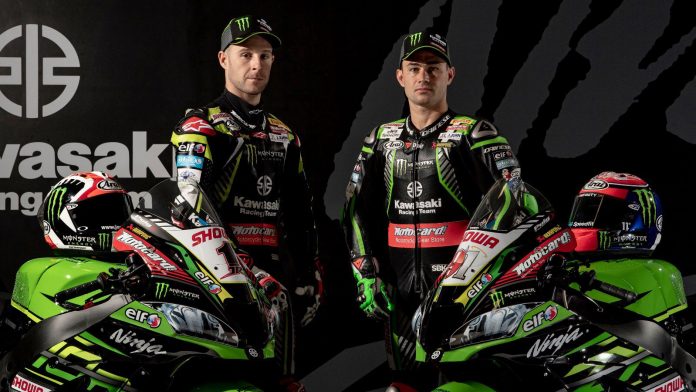 The Kawasaki Racing Team WorldSBK launched their line-up and bikes to continue their dominance in the 2019 World Superbike Championship.

The circuit plays host to the final round of pre-season testing and the first round of the 2019 championship. The tests will take place next Monday and Tuesday, while the season opener begins later that weekend.

It goes without reminding that Rea absolutely destroyed the WorldSBK field last year with the Kawasaki. Out of 25 races, he won 17, placed second four times, once third and once fifth. He suffered only 1 retirement throughout the year, while the final Race 2 in Qatar was cancelled.

Despite the strong challenges mounted by his rivals Chaz Davies of Ducati and Michael van der Mark of Yamaha, Rea prevailed.

So, what made him such a powerful force?

“What I’ve learned with my experience over the year is to stay calm and focused with my team. We have the best crew in the business, the best motorcycle underneath me. I feel like the pressure is always on me, I need to find my way with the bike. Once we did that last year, we were absolutely unbeatable,” explained Rea.

Leon Haslam is back to racing full time in WorldSBK since 2015. Son of the great Ron Haslam, he shows that speed is in his family’s genes.

“I’m just waiting to wake up, it’s like a dream. I had 9 good years in WorldSBK but I’ve never had an opportunity like this. To be involved with KRT, Kawasaki, joining the team that has dominated the last four years… I just can’t wait, I want to start racing now,” he said.

Tune in next week and beyond as we bring you news from the world’s premier production racing series.