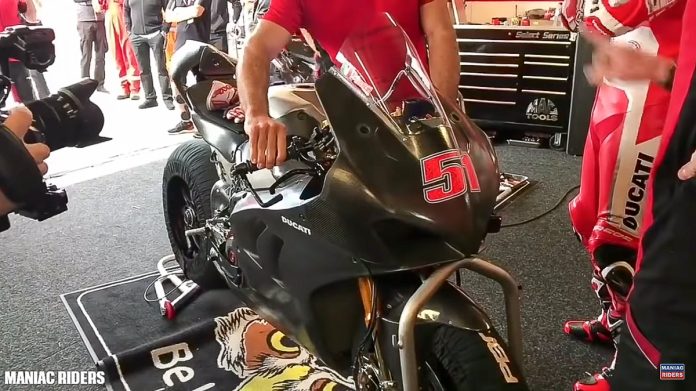 The recent British Superbike (BSB) round at Brands Hatch Circuit in Kent, England saw quite a few surprises thrown into the mix from championship winners being decided to a brand new race machine parade lap. The latter caught our attention as Ducati decided to debut the 2019 Ducati Panigale V4 R and its 1,000cc V4 configuration for racing purposes. 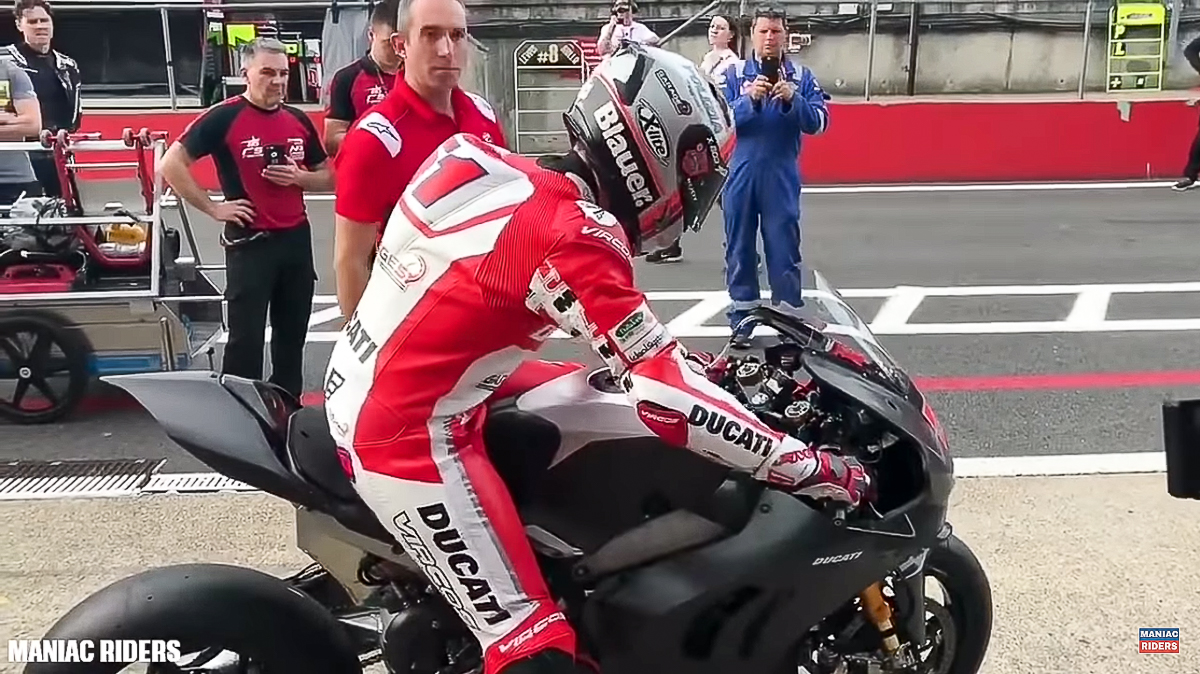 The 1,000cc race machine has been configured for the WorldSBK racing series and to break its first official cover to the public’s eyes (and ears), a few demonstration laps were completed last weekend by Ducati’s MotoGP test rider, Michelle Pirro. The 32-year-old Italian racer is one of the key figures responsible for developing the Panigale V4 R for its WorldSBK racing debut in the 2019 season.

Based on the video evidence gathered online, we can notice that there are several key differences to the Panigale V4 R compared to its other road-going siblings. The engine, however, is still relatively the same V4 configuration with Ducati’s desmodromic valves, MotoGP-inspired counter-rotating crankshaft, and the whole lot despite its smaller capacity (to conform to the rules laid out in WorldSBK and BSB). 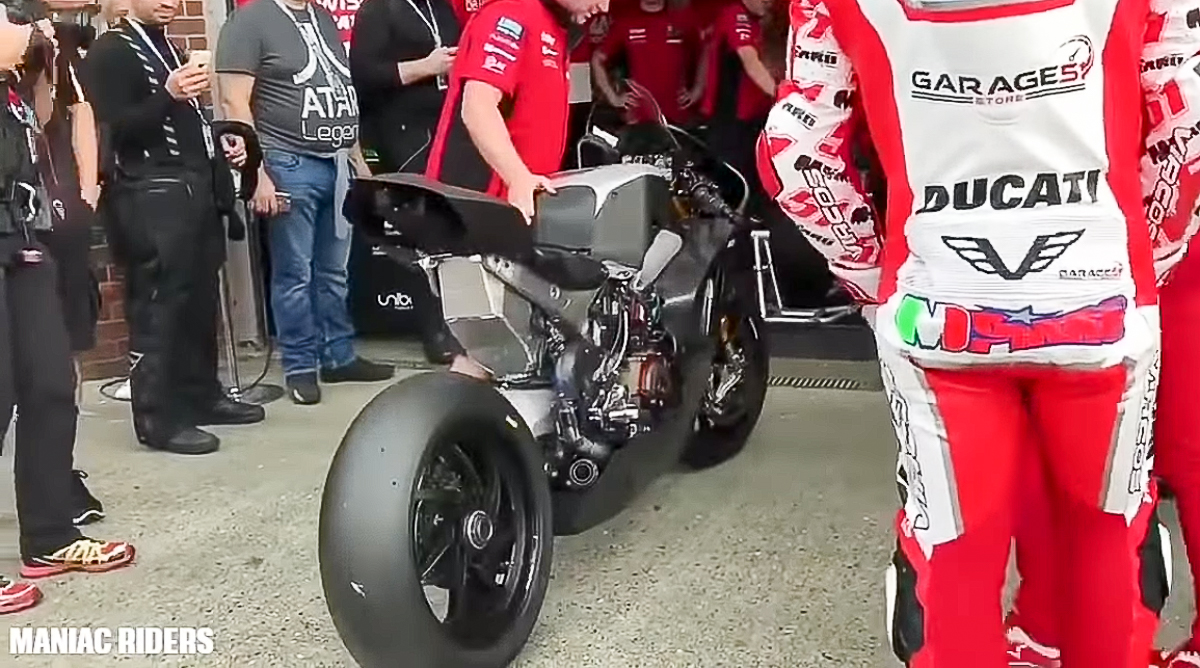 With a smaller package producing higher power and RPM, the engine is suspected to run at a higher temperature range which explains the extra air channels in the fairings to help cool things down more efficiently. On a more exhilarating note is its dry clutch setup which not only carries an advantage in racing but also one of the most soul-inspiring soundtracks in the motorcycle industry. 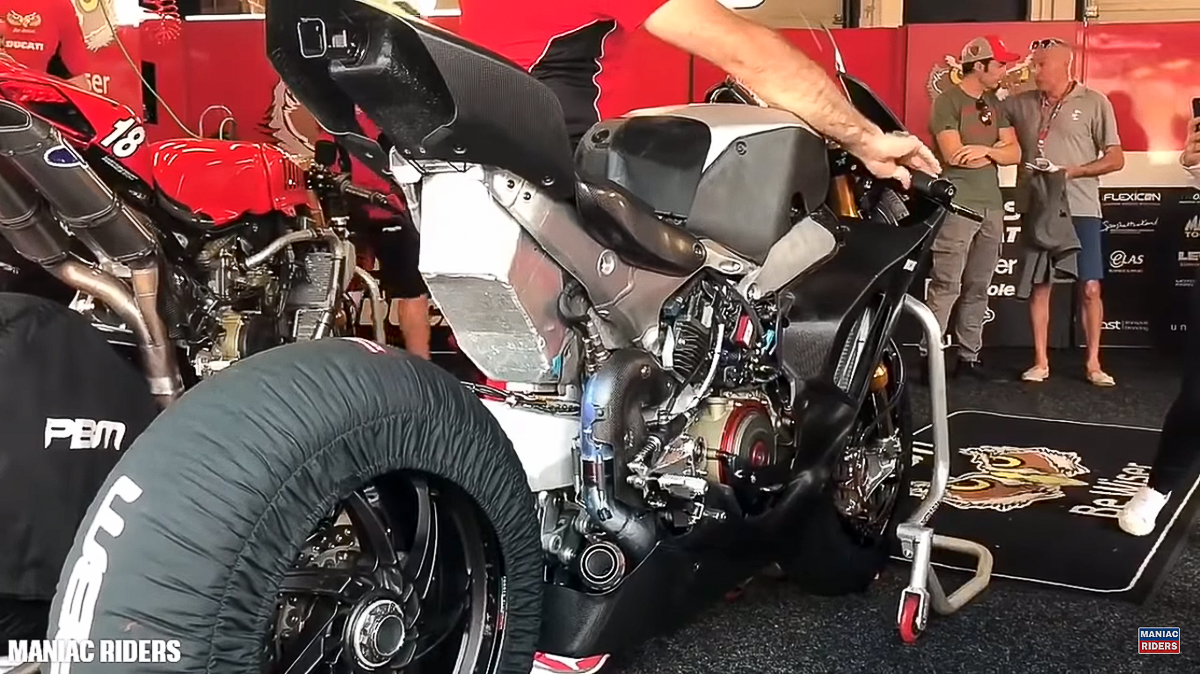 Other inner changes which can be seen in the footage include a fuel tank placed under the seat (supposedly for better weight distribution and centre of mass), bigger airbox and air intake setup, updated exhaust works, plus many more which we can’t really confirm at the moment.

What we can say is that 2019 Ducati Panigale V4 R will be making its racing debut next season where four bikes will be handled by two teams and four riders which consist of Chaz Davies and Alvaro Bautista in WorldSBK and Scott Redding and Josh Brookes in BSB. Brace yourselves, 2019 is coming.