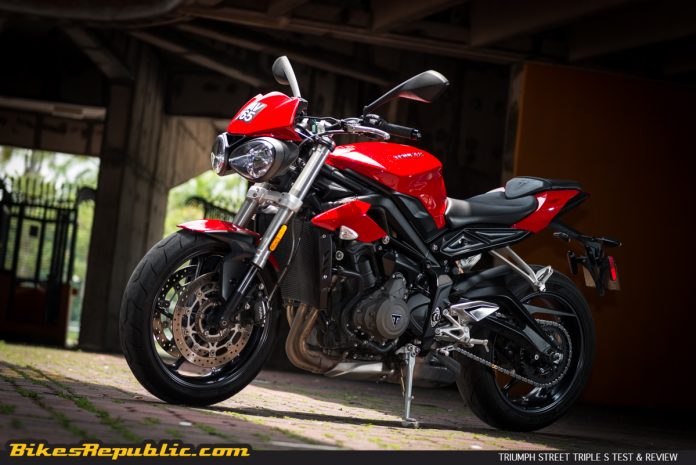 “It’s same-same but different,” said Joseph when we spoke about something which looked uncannily alike yet there’s were some differences that we couldn’t quite put a finger on.

As with Triumph’s new 2018 Street Triple range launched in September last year (please click here for the launch event at the Sepang International Circuit), they do all look alike from a few metres away but each member has a distinct personality. 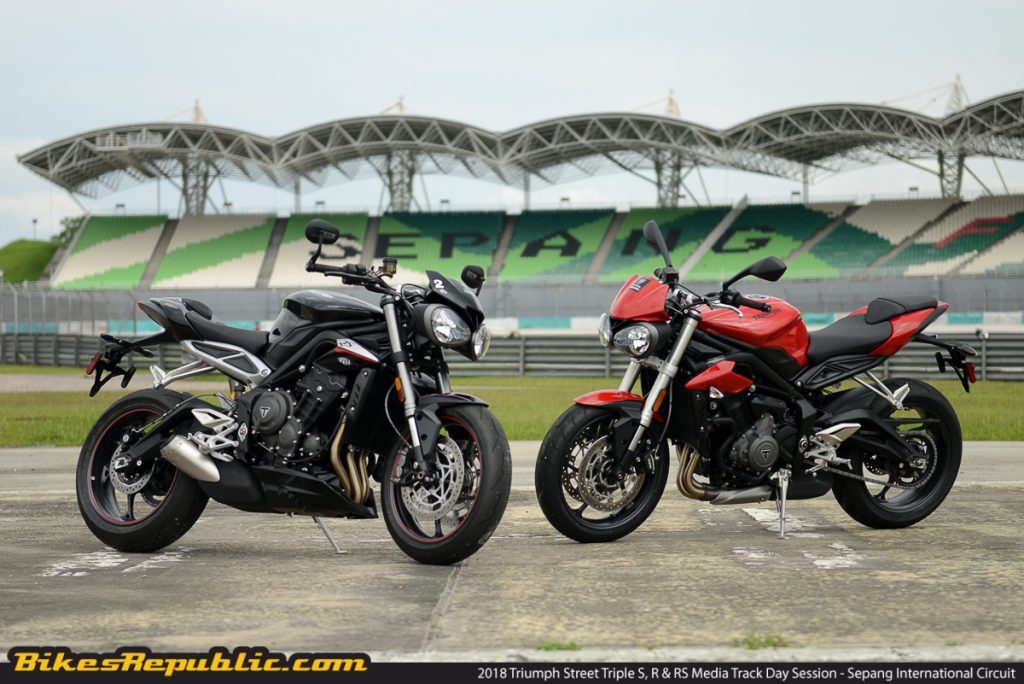 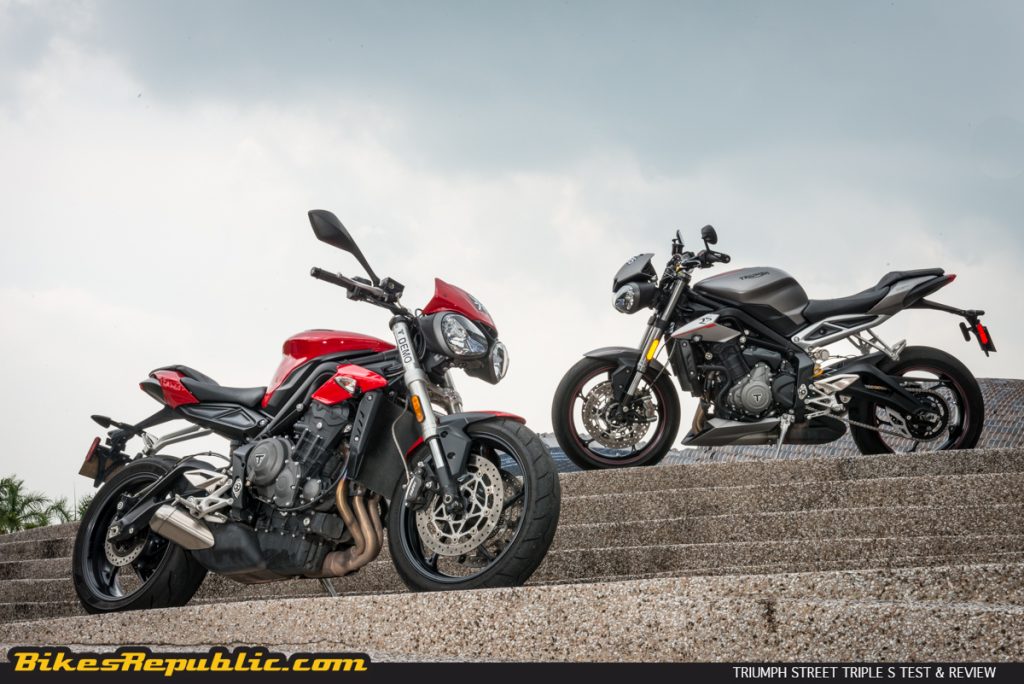 While it’s easy to see off the S as an “entry-level” model, it’s actually meant for riders who want an everyday bike without the fancy stuff. But does it mean the bike is “compromised?” 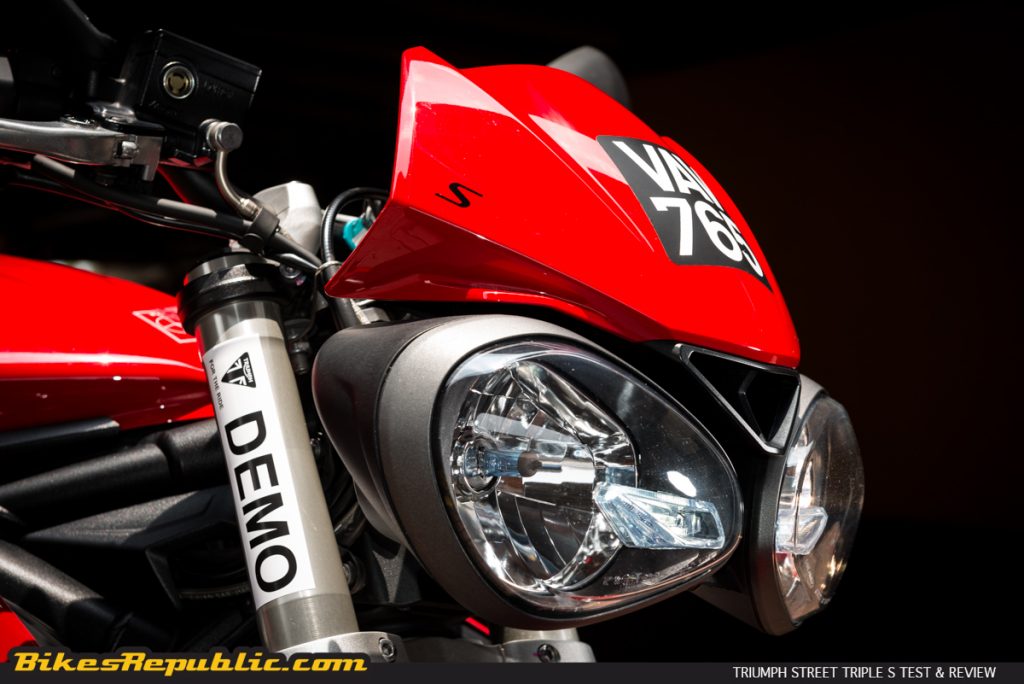 The Street Triple S’s seat height is a little lower than the RS’s, allowing me to place both feet securely on the ground without needing to move a cheek off the seat. The seating position puts you in a nice sporty crouch without being uncomfortable and all the controls are within reach of your fingers and thumbs. 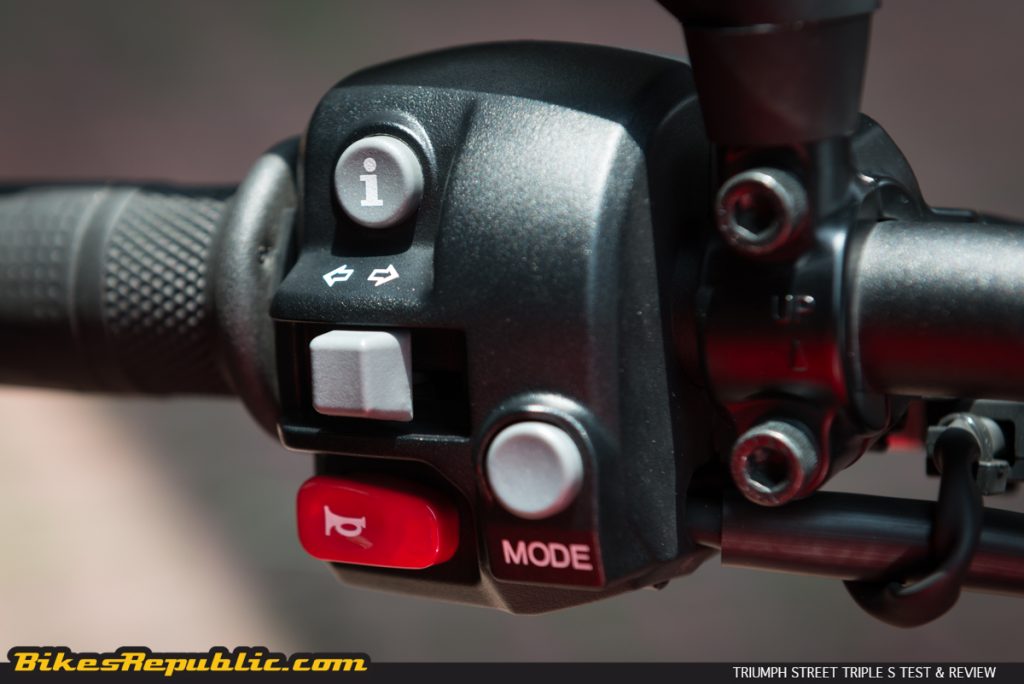 Accelerating through the gears, there’s an additive warble from underneath the tank and howl from the exhaust, but it’s totally quiet when cruising at a steady throttle at any speed. 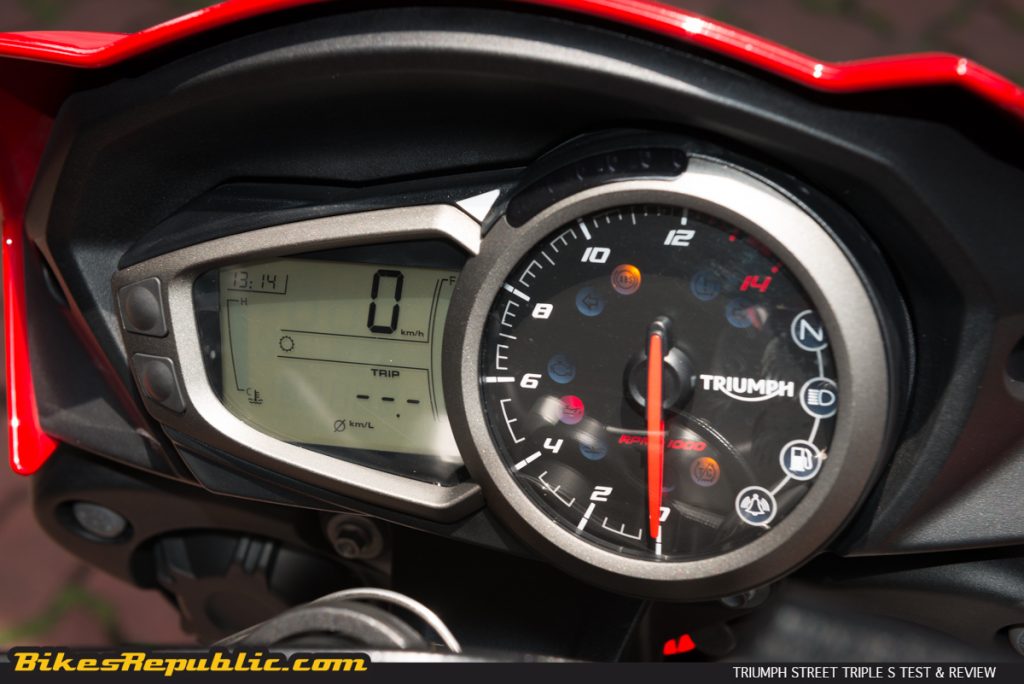 Speaking about acceleration, the Street Triple S turns out to have a much direct, rawer feel to it. Twist the throttle aggressively and you’re rewarded with an almost beast-like forward charge. 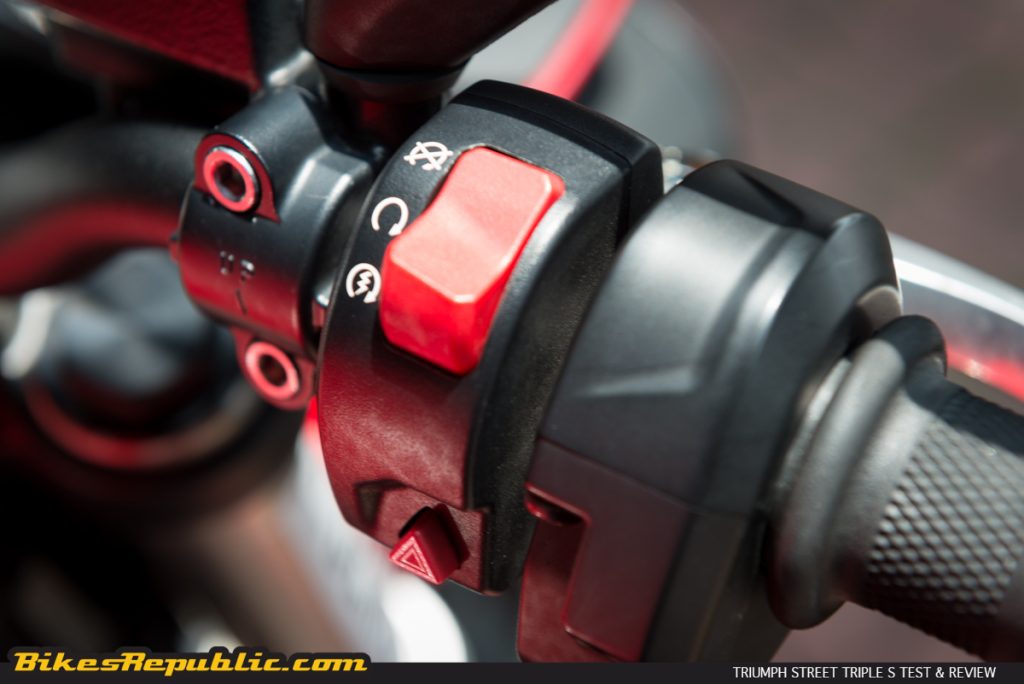 To overtake another vehicle, just roll up on the target and give the bike some throttle. The Street Triple S will howl forward without hesitation. Keep the gas on and the bright blue shift lights illuminate one after another until the fifth one comes on, all blinking unison. Time to hit another gear – blam! It goes in immediately without ponder. However, you don’t have to blast through the gears if you’re lazy. You could let the revs drop to just above 2000 RPM in sixth gear and the bike will still pull hard at the twist of the loud grip. 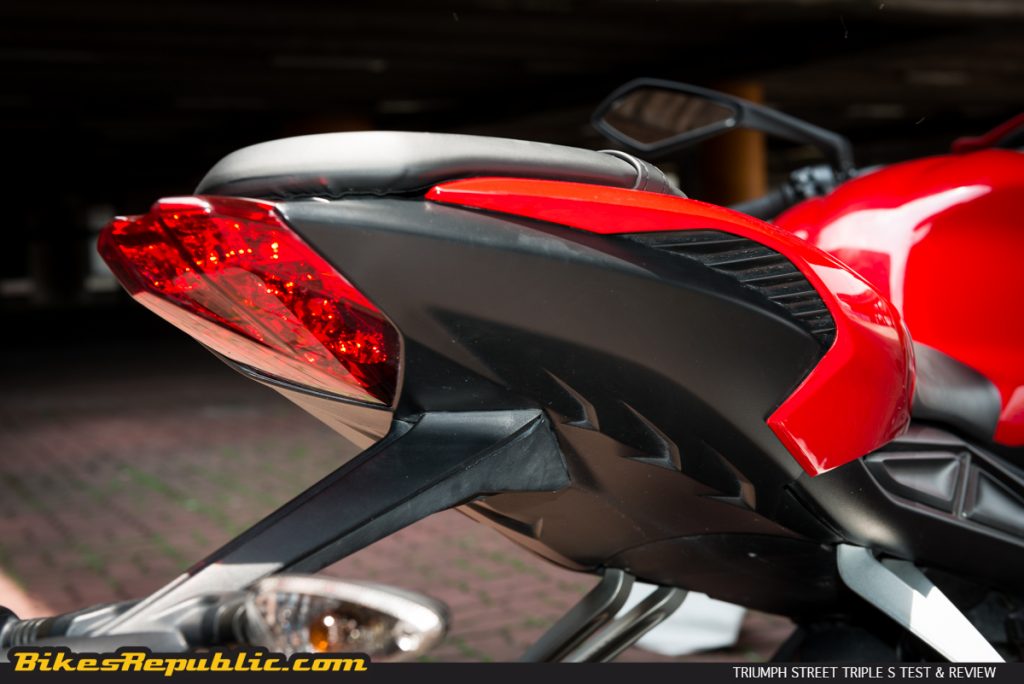 When it came to handling, the Street Triple S reminded us clearly beyond doubt of how the Street Triple lineup had been imbued with great handling from the very first model. The bike was composed yet ready to go anywhere you wished it to. It felt like riding a 250cc bike with three times the power. You’ll soon be entertaining yourself with picking your way around traffic, chucking the bike into sharp corners and flying through the long ones. Although shod with Pirelli Rosso Corsa tyres, it’ll be just as happy when riding through the rain – the tyres didn’t slide once – although we rode in ROAD mode. 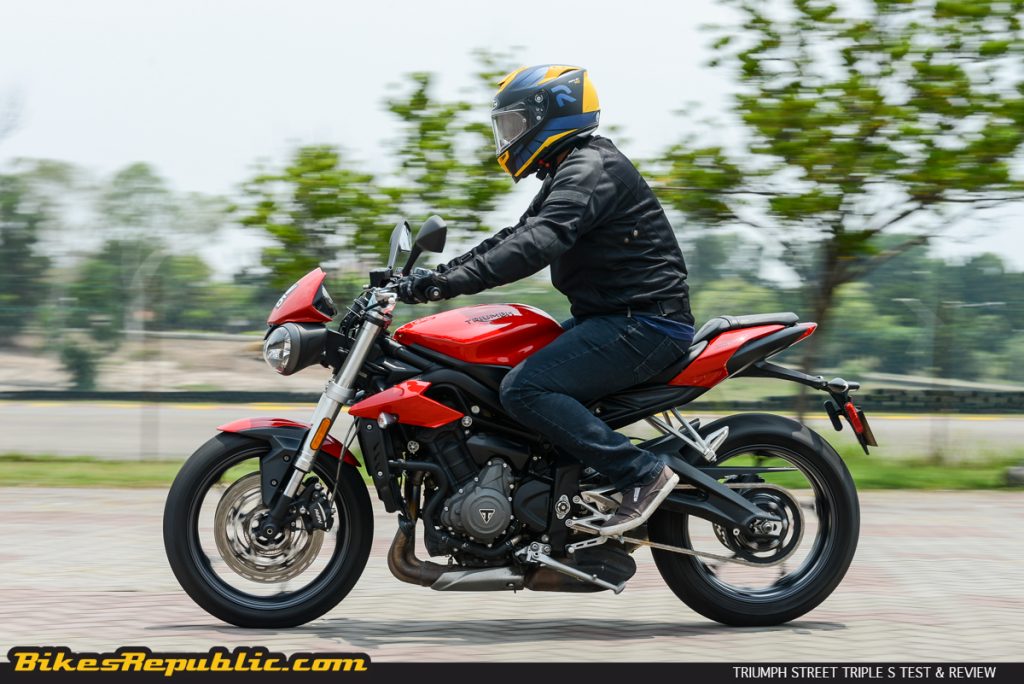 The suspension on both ends were suppler that the RS’s, but big bumps and deep holes will produce big jolts. At the track, the standard setting had the footpeg feelers touching down early, but on the streets, it took very, very committed (read: high speed) cornering to have them sniffing the tarmac. 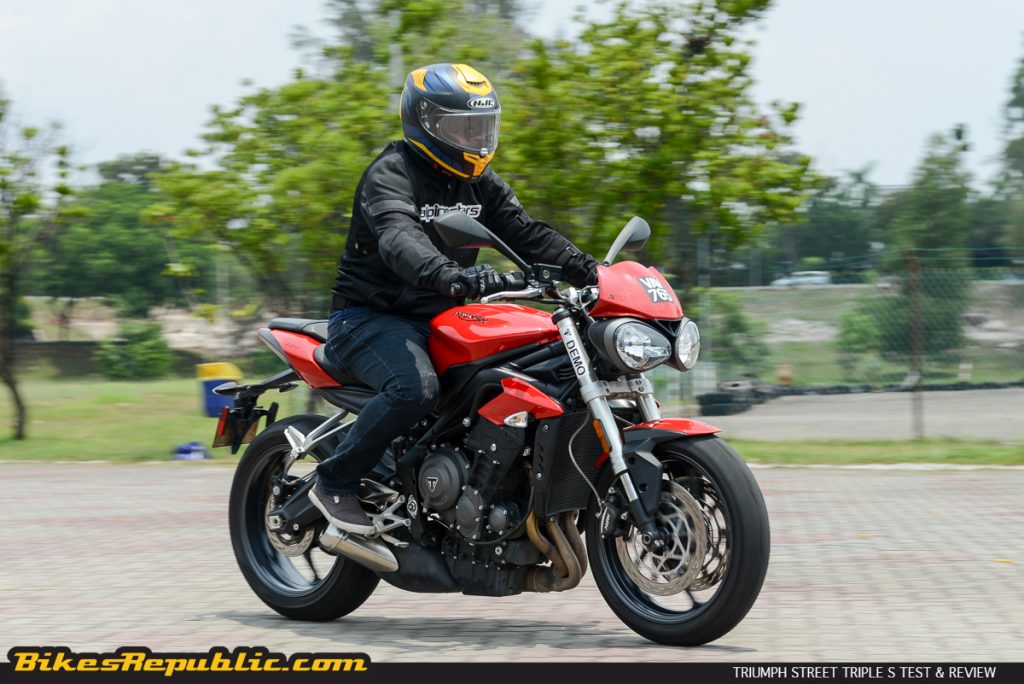 Last but not least, the Nissin brakes were strong although they required a harder squeeze further into the stroke. 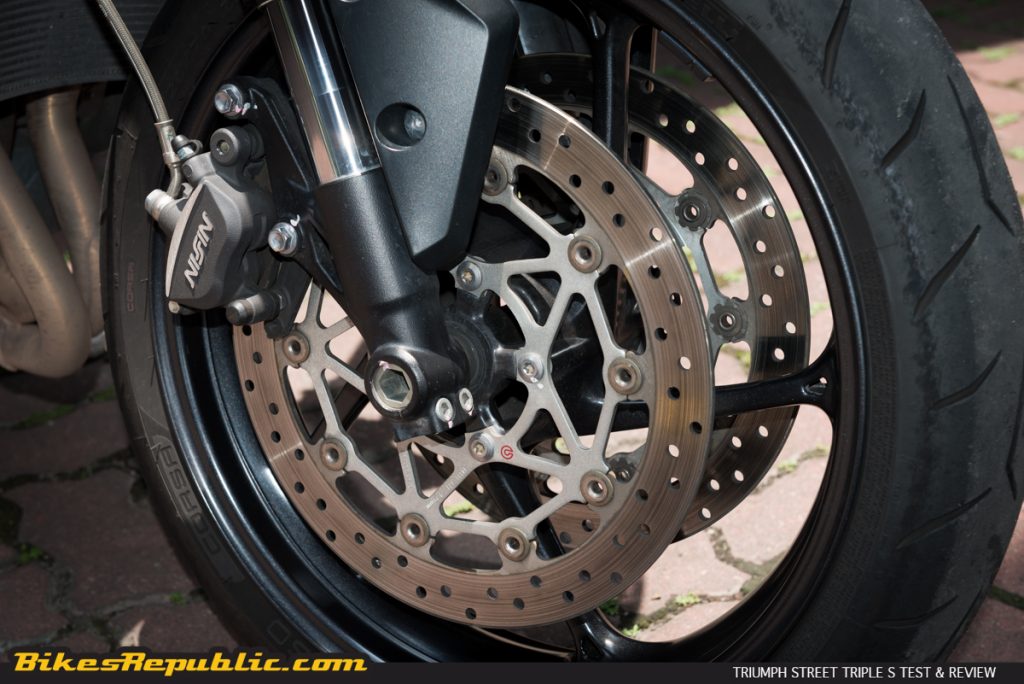 To wrap up, the Triumph Street Triple S is a great commuter and weekend canyon blaster despite being devoid of the flashier stuff. In skilled hands, it’ll punish plenty of bikes out there when the road goes less than straight. Furthermore, the Street Triple S is rider friendly and practical for many uses, too.

So, being slightly different isn’t a bad thing.