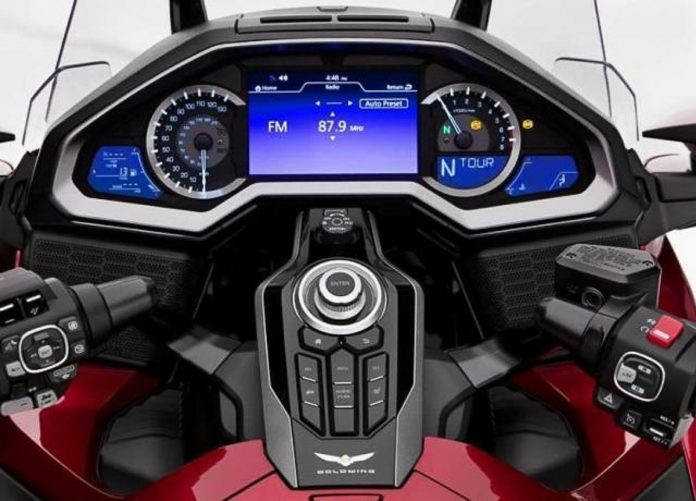 Some leaked photos of the new 2018 Honda Gold Wing have been making their way around several social media platforms a couple of days ago.

It seems that the new 2018 Gold Wing has gone through quite a major makeover both inside and out.

The biggest change that we can see from the photos is the new front end suspension system which has some similarities to the BMW K 1600 range. 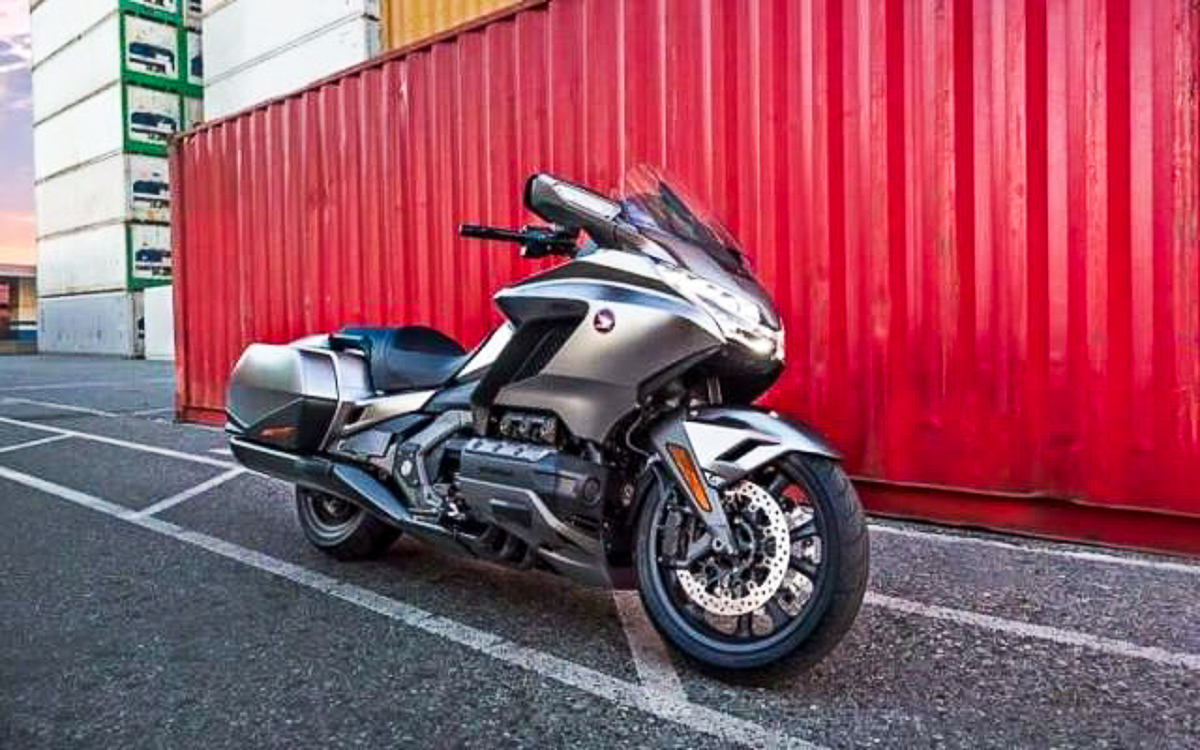 It was only a few weeks when the big boys from Honda released a very enticing teaser video with the caption “What Lies Beyond”. Now, it seems that several social media platforms have stumbled upon some leaked photos of the new 2018 Honda Gold Wing. 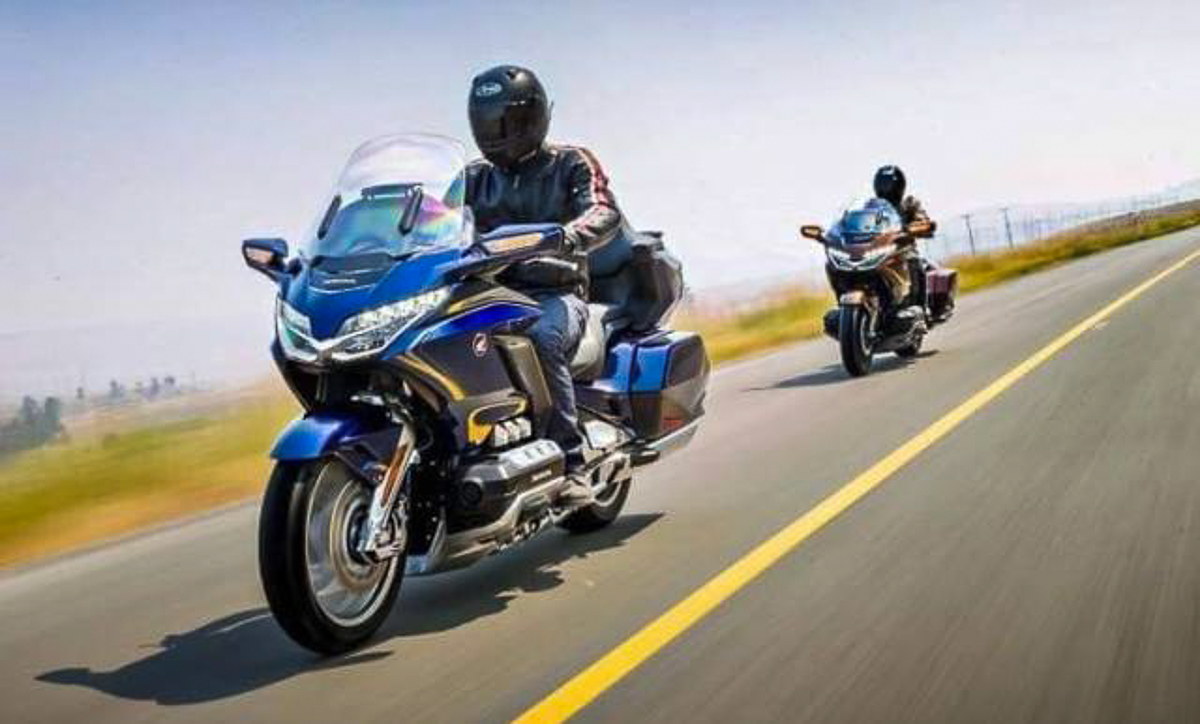 In the teaser video, Honda announced that they’ll be introducing something very enticing on 24 October 2017. Someone in the motoring industry managed to get their hands on some new 2018 Honda press kit or brochure and decided to share it with the rest of the world prior its official debut. 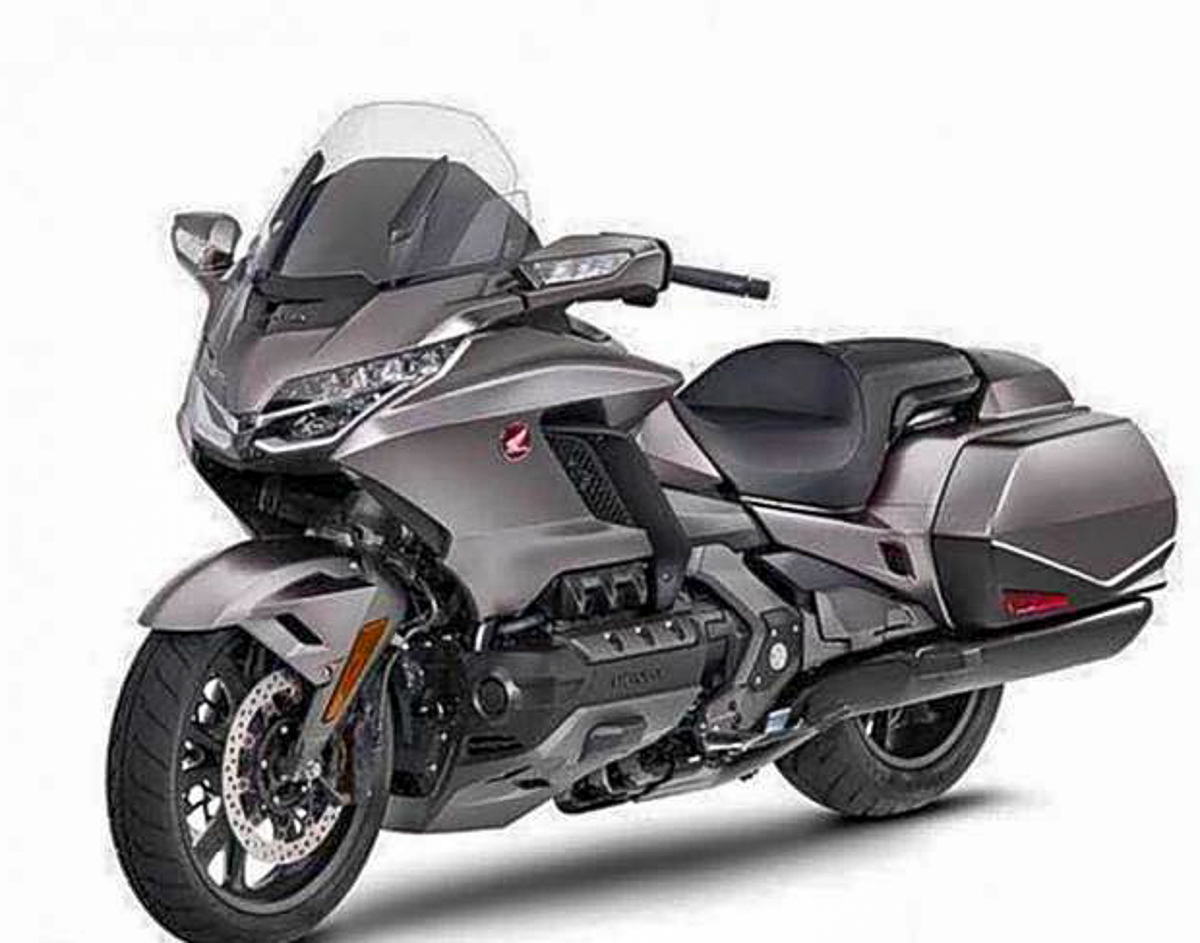 In the leaked photos, we can see that the new 2018 Honda Gold Wing has gone through quite an image makeover with a lot of modern lines and styling to make it more updated and palatable for today’s bike consumers. 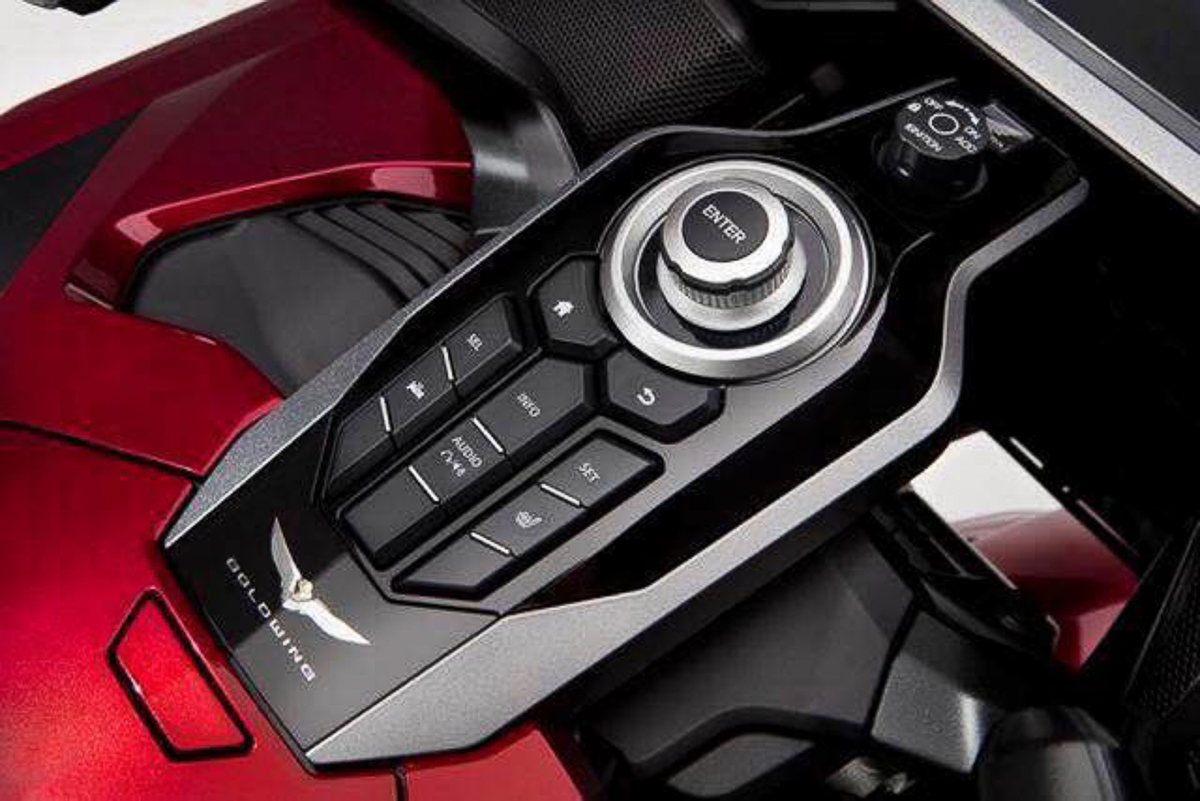 The uber modern meter panel has gone through an evolution with modern facade and instrument clusters which goes down all the way to its fuel tank. We’re not too entirely sure about what exactly is the type of display used but by the looks of it, it might be TFT LCD display. Nice touch. 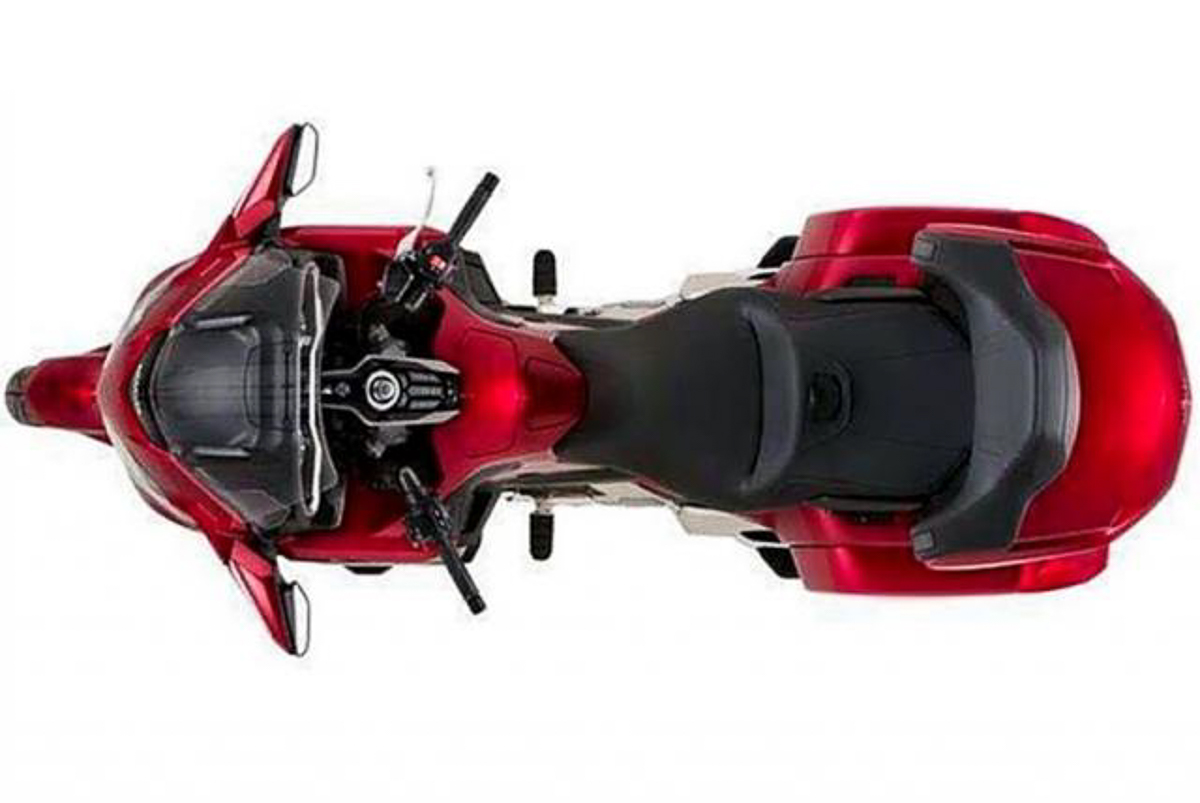 As for the main firepower, the 2018 Gold Wing is said to run the same 1,800cc flat-six engine with the option for Honda’s Dual Clutch Transmission (DCT). Of course being a 2018 model, the engine plus chassis surrounding it will be going through some major changes as well. 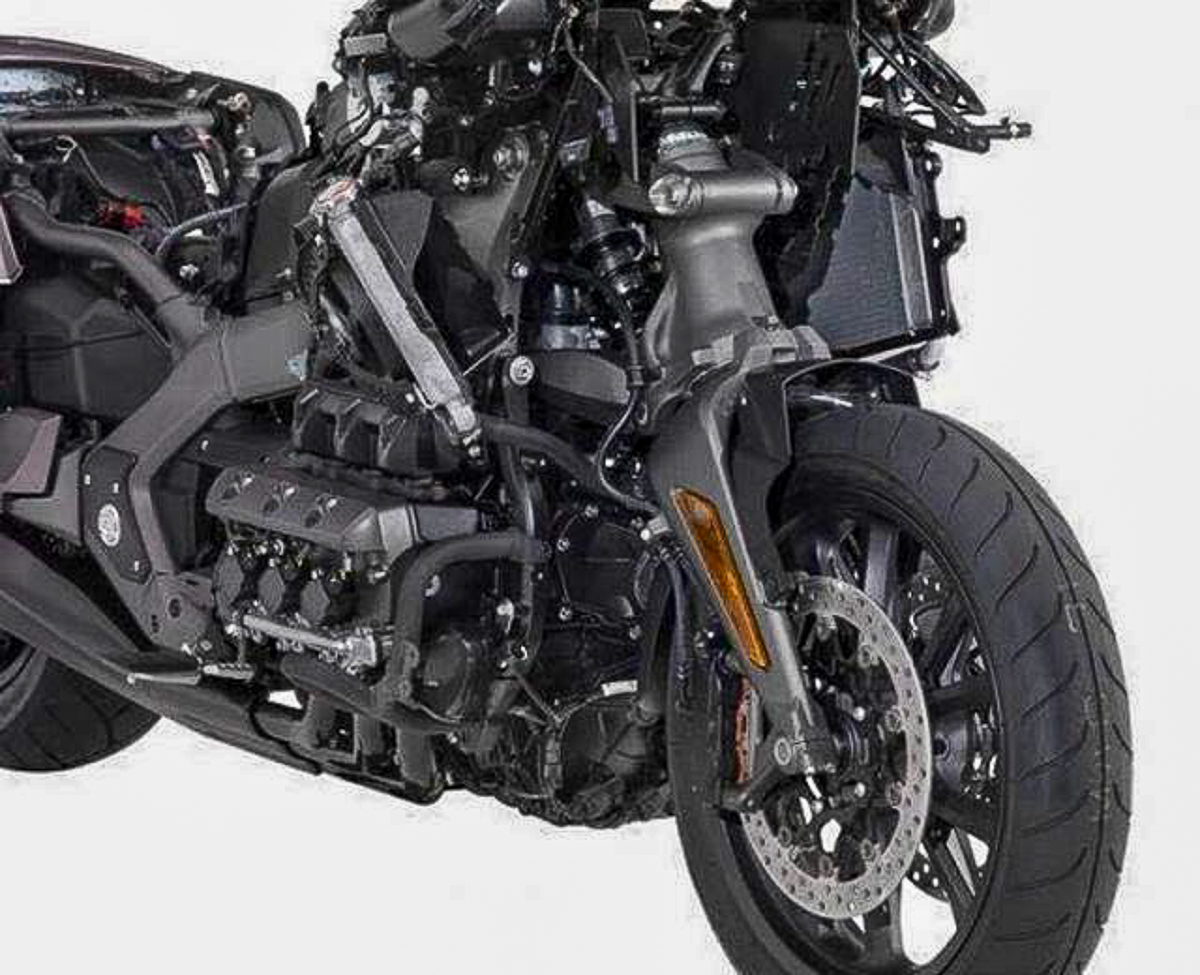 The biggest change that we can see in the new 2018 Gold Wing is the front end suspension package where it appears to have some similarities as the ones used in the big BMW bikes. The girder-styled suspension has been chosen as it provides more stability for bigger and heavier bikes as compared to the traditional telescopic forks. 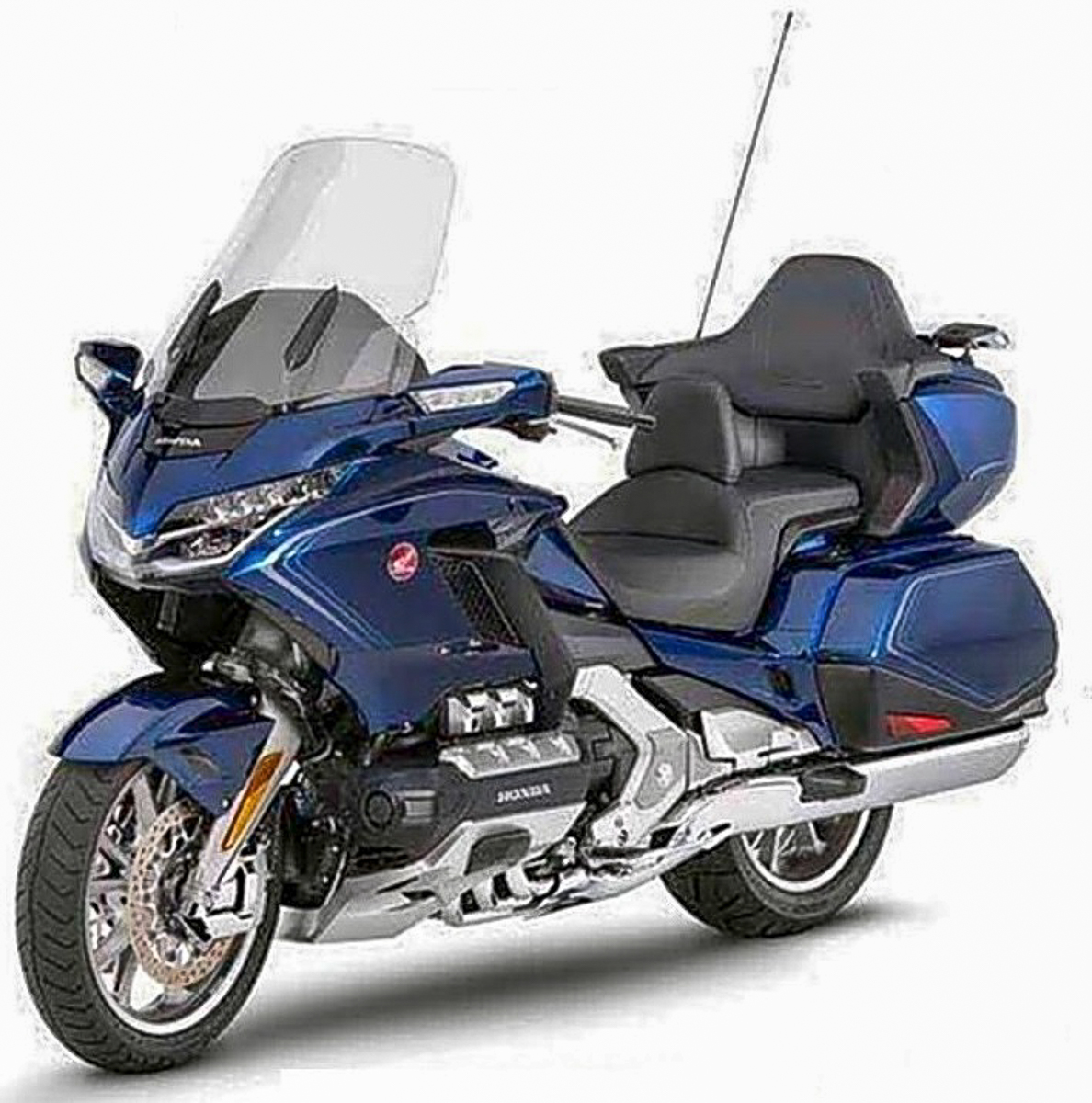 Not much else can be said about the new 2018 Honda Gold Wing. By the looks of it, we love what we are seeing and we can’t wait for 24 October 2017 to arrive. Stay tuned to Bikes Republic for more updates.

To know more about Honda’s “What Lies Beyond” teaser video, CLICK HERE.