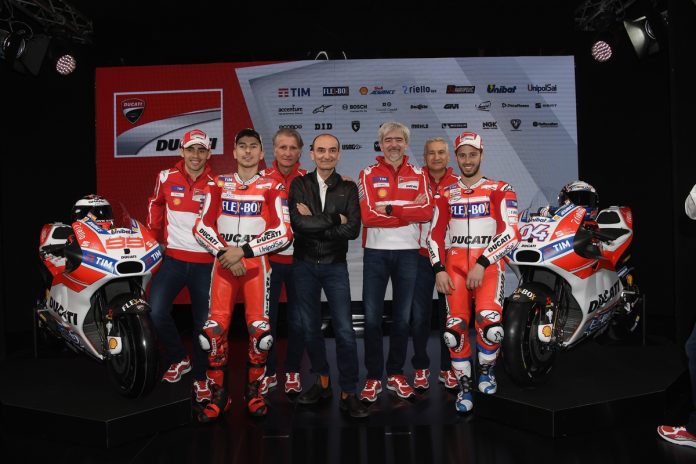 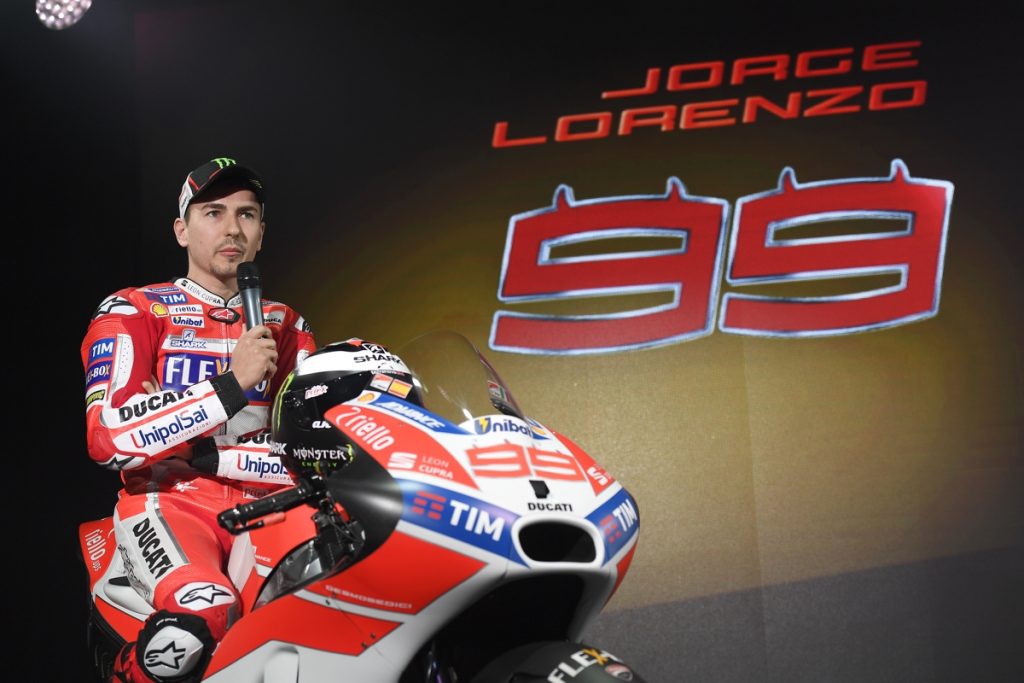 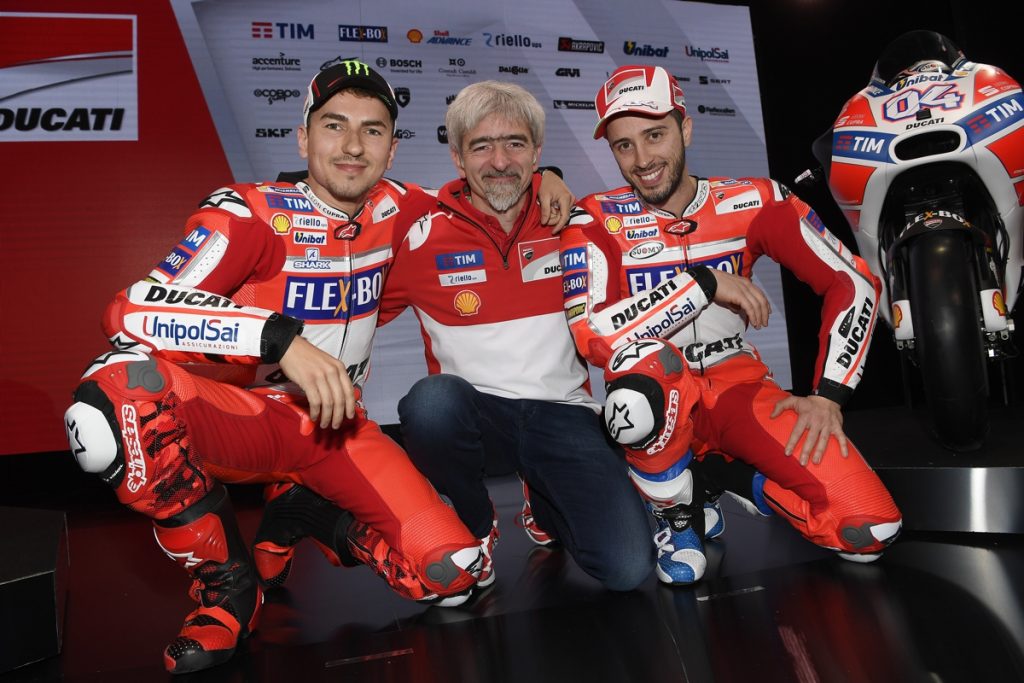 Lorenzo appeared highly content and in high spirits during the recent winter testing stints with Ducati, leading may to believe that chief engineer Gigi Dall’igna has created a bike well suited for the Spaniard. 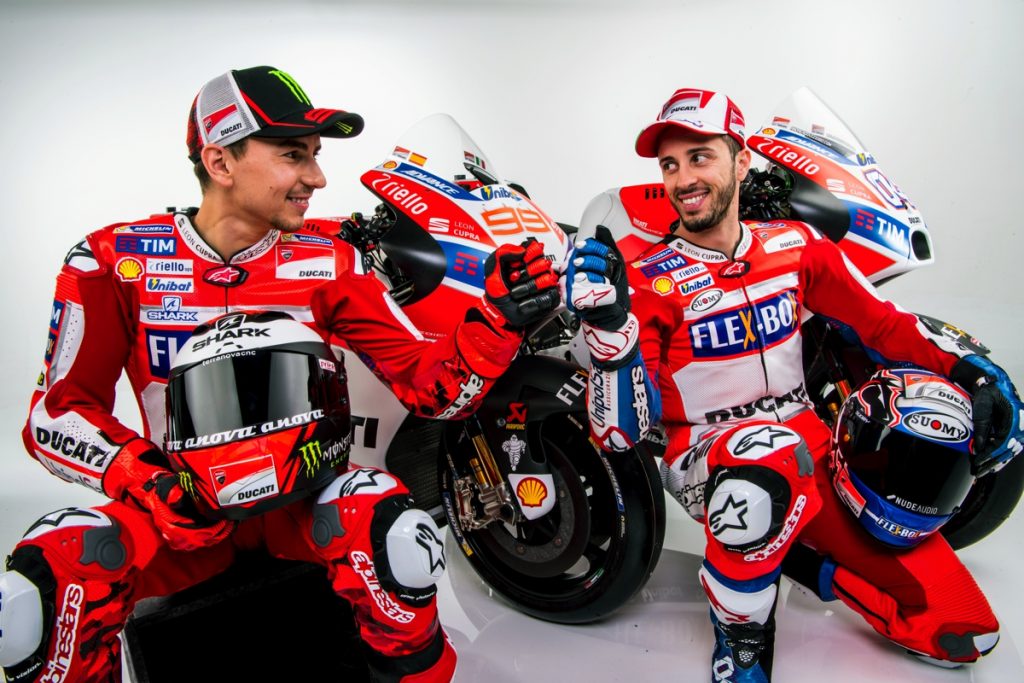 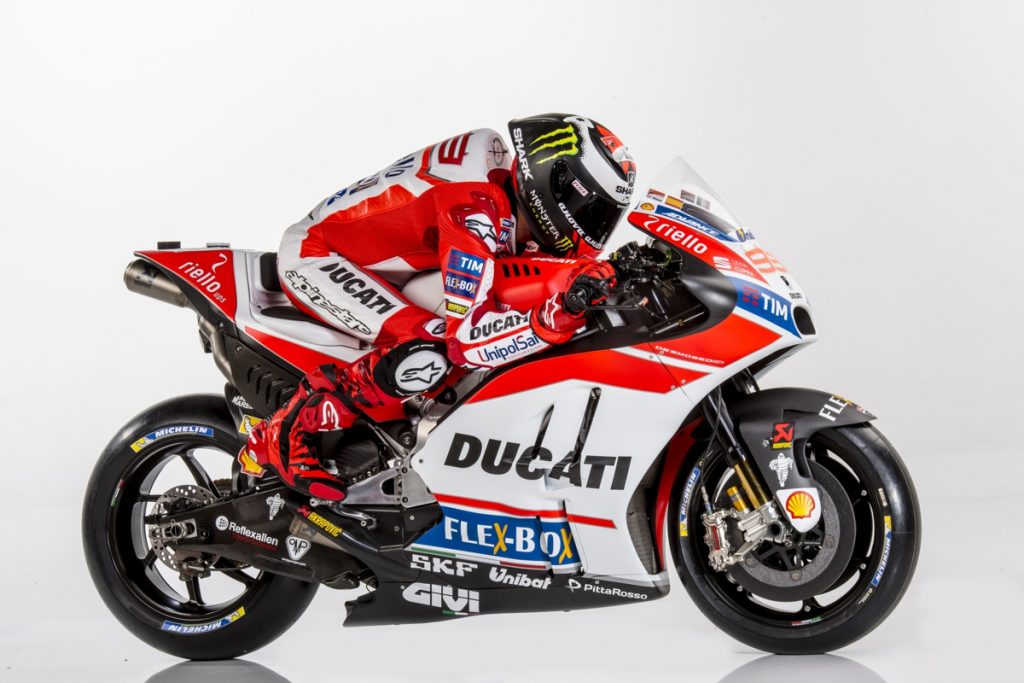 The bike shown of during the launch remains rather simple for now, but we can expect an extensive aerodynamic package as soon as the season-opening Qatar GP gets underway. As far as the colourway goes, little has changed with the scarlet team’s racing colours. 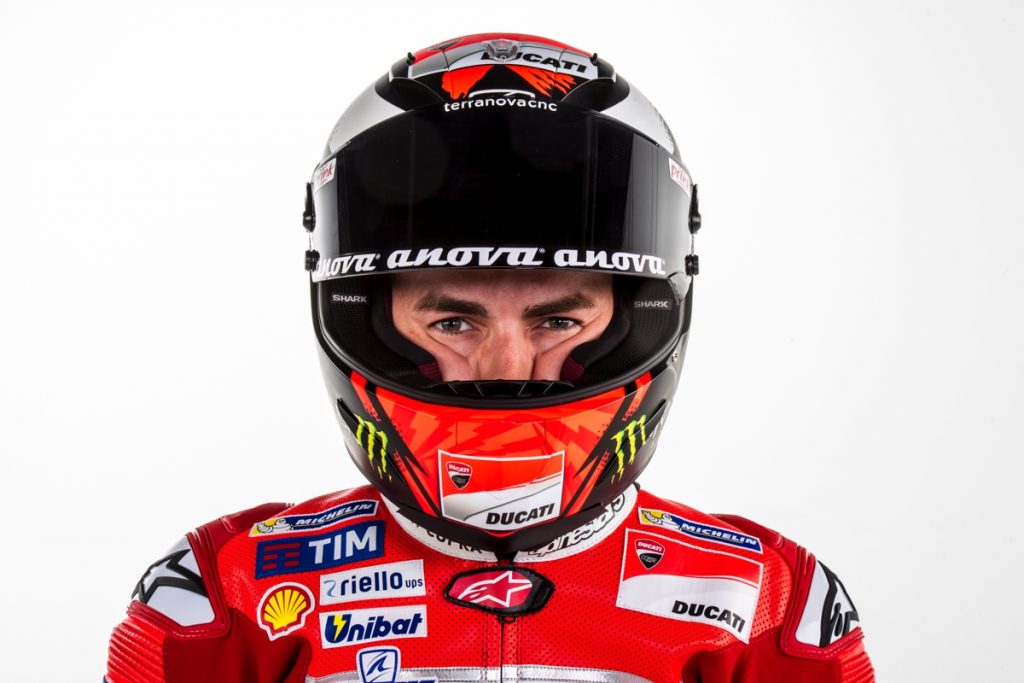 With Lorenzo on board, Ducati is expecting to chart strong results in 2017. Interestingly, Ducati CEO Claudio Domenicali also made an interesting buzz with press members during the launch by confirming the brand’s long-rumoured new V4 superbike project. 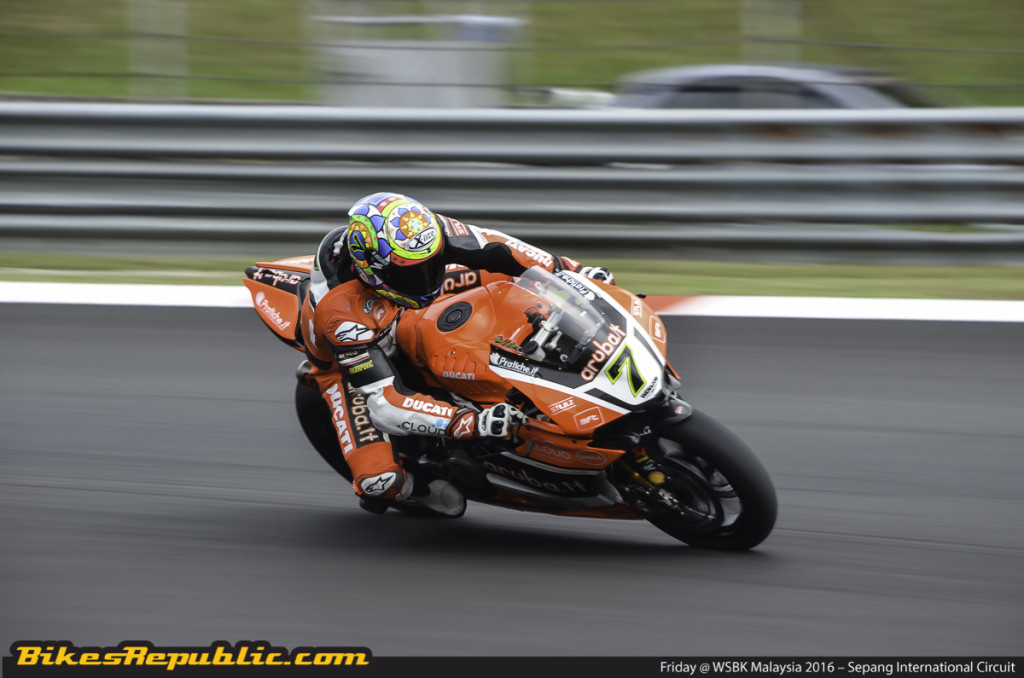 The exec remained coy on when we can expect the new flagship bike, but he did confirm that it will be strongly linked to its MotoGP engineering efforts and that it wouldn’t be a limited run exotic. Domenicali also gave strong hints that this new V4-powered superbike will replace the Panigale R in the brand’s World Superbike Championship (WSBK) efforts as well.

Check out more images of the new Ducati MotoGP 2017 livery in the extensive gallery we’ve prepared below.