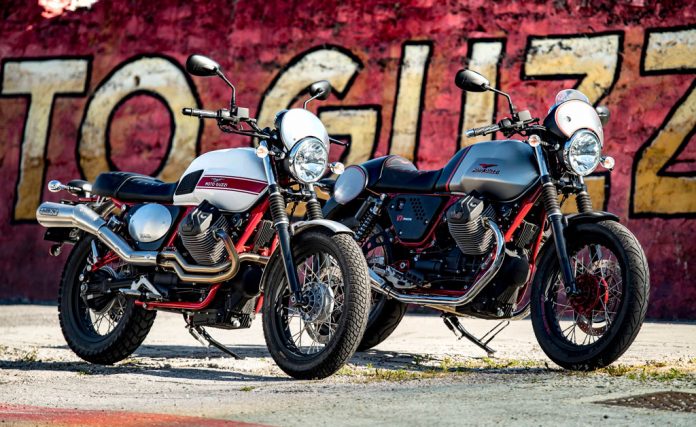 Moto Guzzi, the fabled Italian motorcycle brand has previously enjoyed some success in Malaysia. Beautiful retro modern machines and Italian flair appealed to a large audience, but things were not meant to be.

Constant change of management and politicking has left owners of the motorcycles in a limbo with no official workshop and after sales service to support the bikes. It has been about two years now since the brand enjoyed official presence in Malaysia, but there is word on the street that things are about to change. Very soon.

According to our sources, Moto Guzzi is set to make a comeback into the Malaysian market, and this time the brand will be supported by a company that are hailed as ‘specialists in the retail business’.

Apparently only two models will be offered in Malaysia for now – the retro looking V7 and the V9, but that will eventually change to offer a more thorough line-up. Our source says that the focus of the company will be to reach out to current owners of Moto Guzzi motorcycles and to provide them with an official workshop, trained mechanics and the whole works.

We also know that the brand will have an official presence in a swanky dedicated showroom located right in the heart of Petaling Jaya with the workshop located just next to it.

The people behind the return of the brand are fully committed to the brand and have no other main-stream motorcycle brand in the current portfolio, which means the company will dedicate 100% of its efforts into rebuilding the brand locally.

Then there is also the Moto Guzzi V7 III which also offers four variants – the V7 III Stone (second from left), the V7 III Special (right), the V7 III Racer (second from right), and the V7 III Anniversario (left). All variants are also powered by the same 744cc engine but produce more power – 52hp and 60Nm of torque. It is unclear which of these variants will be offered for the Malaysian market.

The Moto Guzzi V9 on the other hand offers two variants – the bobber (right) and the roamer (left). Both variants are powered by a 850cc twin-cylinder engine that produces 55hp and 64Nm of torque. Power is transferred via a shaft drive, and with a weight of just 199kg, the V9 is one of the lightest in its class.

There is no news on pricing or anything of that sort, but the brand is expected to make an official announcement sometime in July.