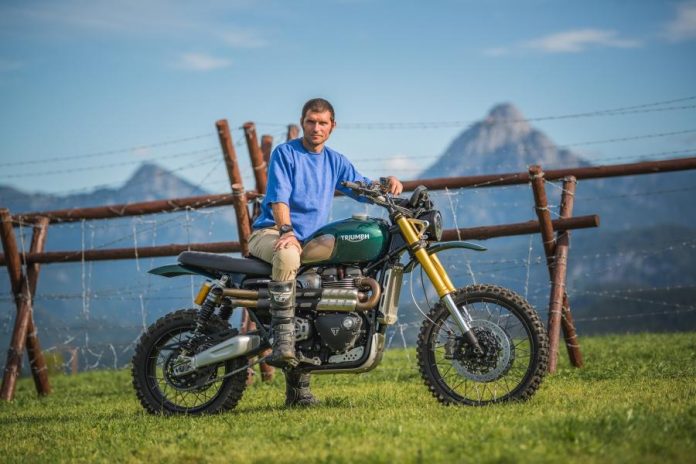 Guy Martin Triumph will replicate the scene of Steve McQueen’s character jumping a Triumph over the fences in “The Great Escape.”

However, he will attempt it on the new Triumph Scrambler 1200 XE, instead of the classic TR6. The new bike has better power, frame and suspension to go with it, but the technical crew will upgrade the suspension in some ways to cushion the landing, just like in the movie.

The stunt will take place on 8th December, so stay tuned.

In the 1963 movie, Captain Virgil (played by McQueen) attempted to break out of a German Nazi POW camp. He got his hands on a “BMW R75” but was soon surrounded by German troops as he tried to escape from a town. The only way out was past a series of lower fences and the main 4m (12 feet) perimeter fence. 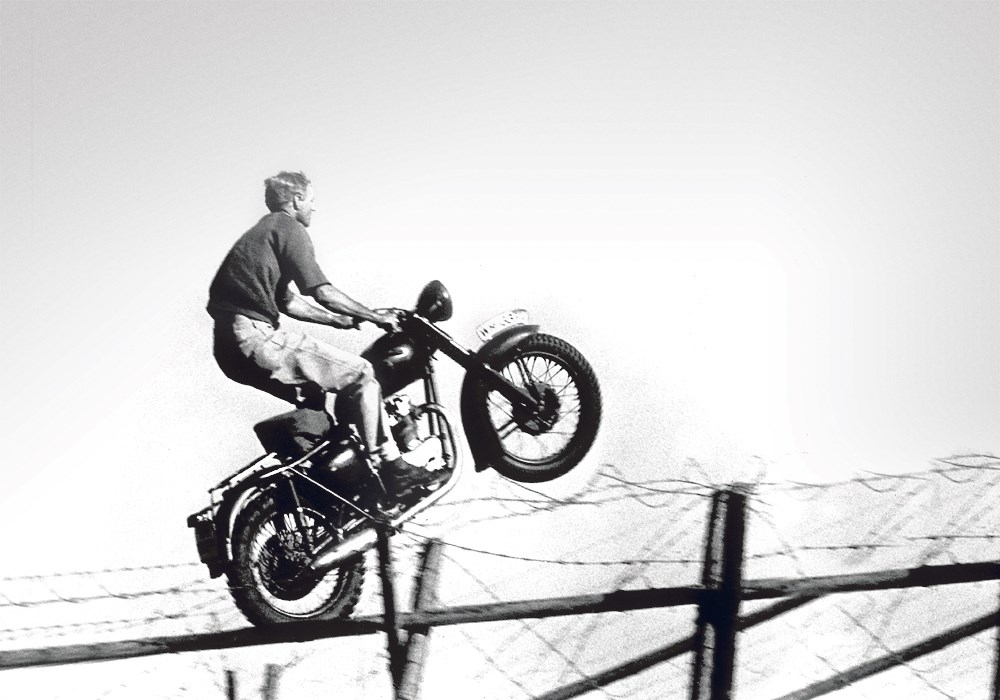 The image of him and bike suspended mid-air, clearing the fence became so famous that it even graced everything from t-shirts to song album covers – all propounding about freedom from oppression.

Truth is, the bike was a Triumph TR6 which was dressed up to look like a BMW R75. The R75 was rare in those days after the war and when the film was shot. Also, it was McQueen’s stuntman buddy Bud Ekins who made the infamous jumps. 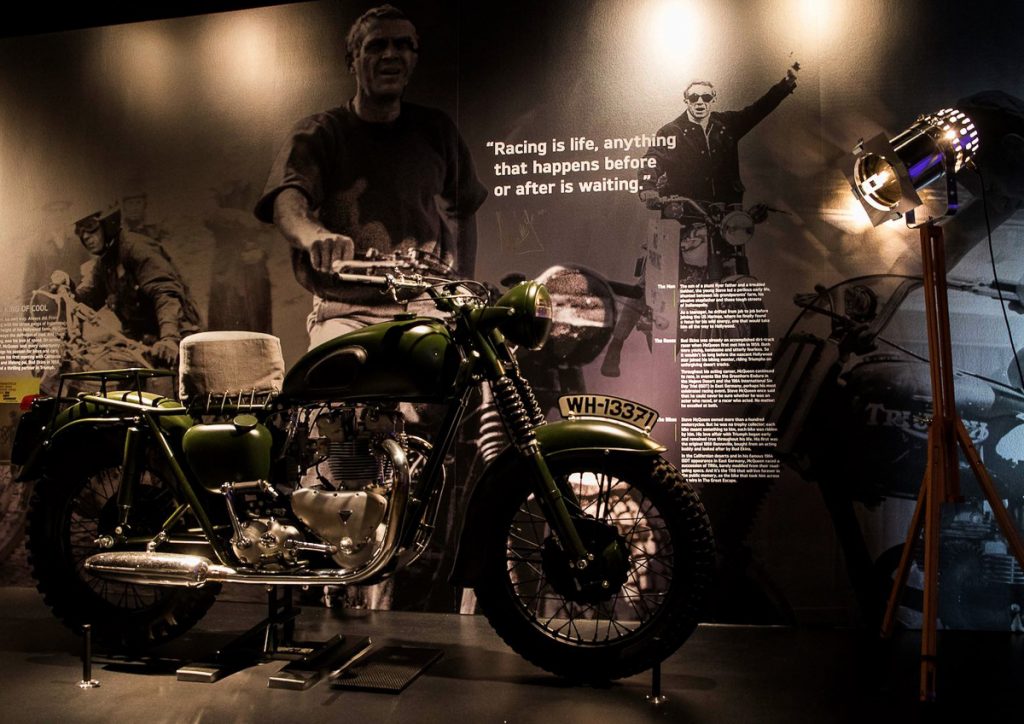 However, we’d like to add that both McQueen and Ekins compete on TR6s in a number of rallies and winning them.

These were the reasons why Triumph introduced the commemorative Bonneville McQueen and Bonneville Ekins.