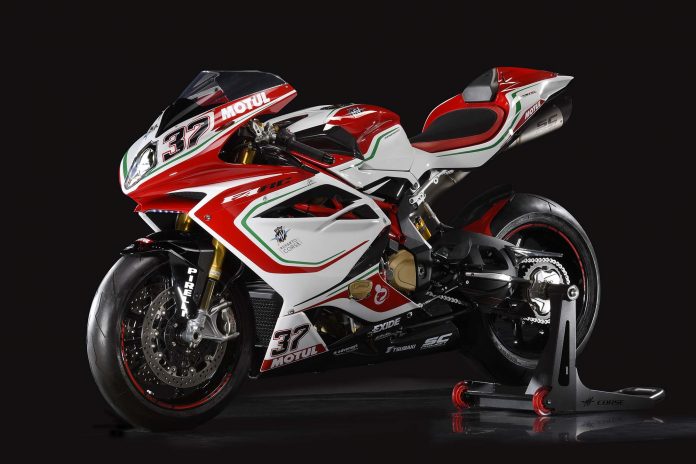 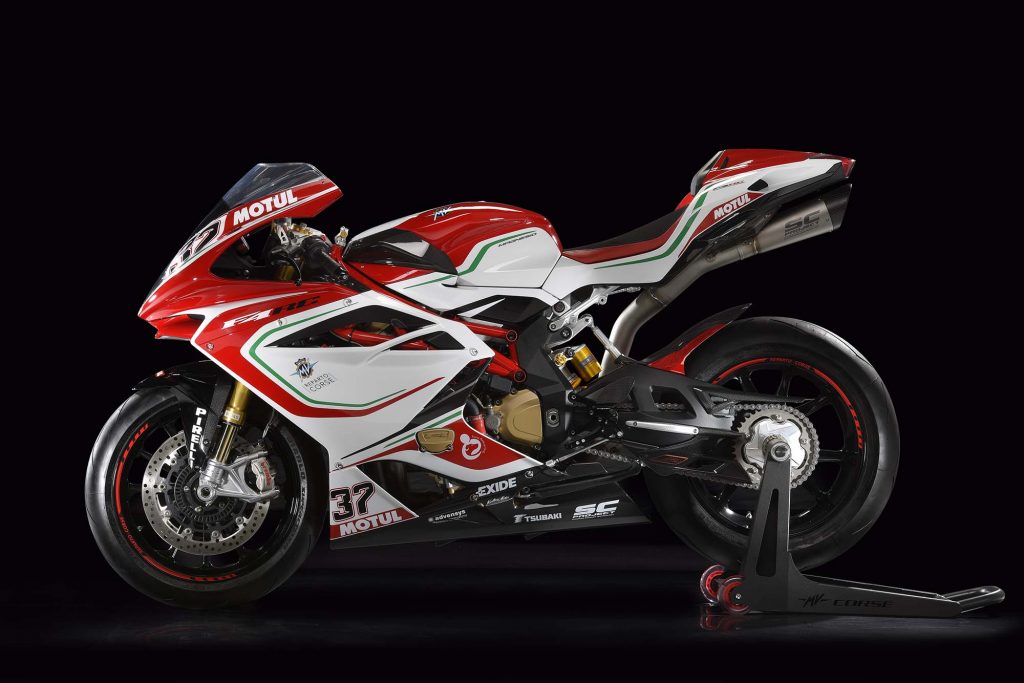 After unveiling the updated F3 675 RC and F3 800 RC specials last week, MV Agusta has given us the first glimpse of their bigger brother. Meet the modestly updated 2017 MV Agusta F4 RC. 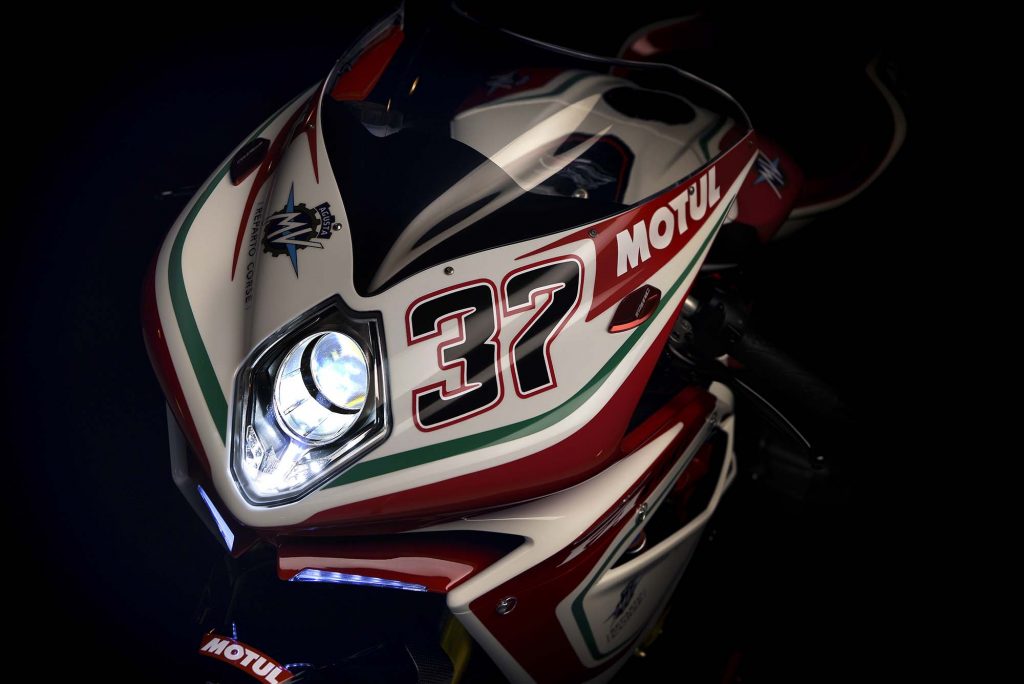 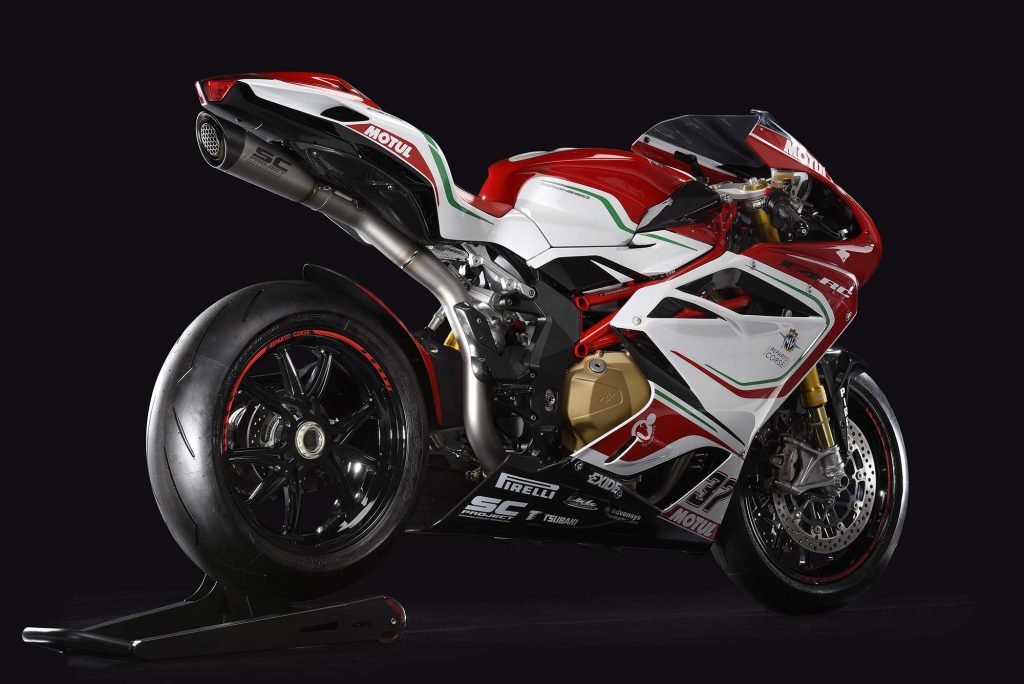 In RC form, the flagship MV Agusta F4 comes race kit included in purchases, allowing you to crank up its 998cc in-line four-cylinder screamer’s output up to a whopping 212hp. We can only imagine the top-end shriek this four-pot sings out of those tasty SC Project full system pipes. 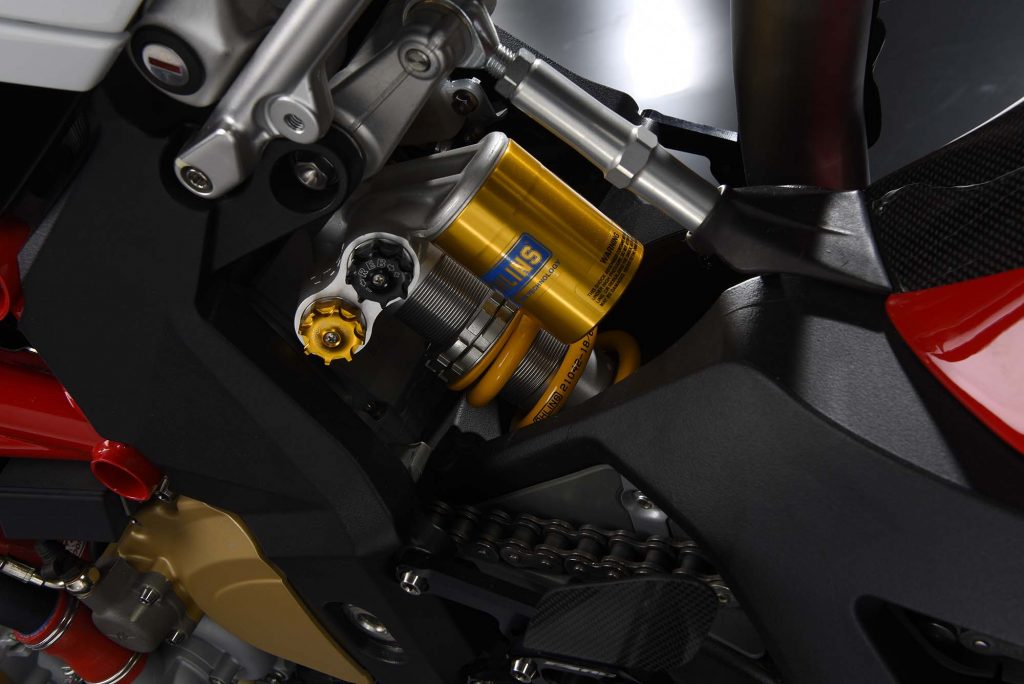 Little else has changed aesthetically in this 2017 model except for the updated racing livery. Eagle-eyed readers would’ve noted the deletion of the AMG logo here – a result of the on-going battle between owners the Castiglioni family and shareholders Mercedes-AMG. 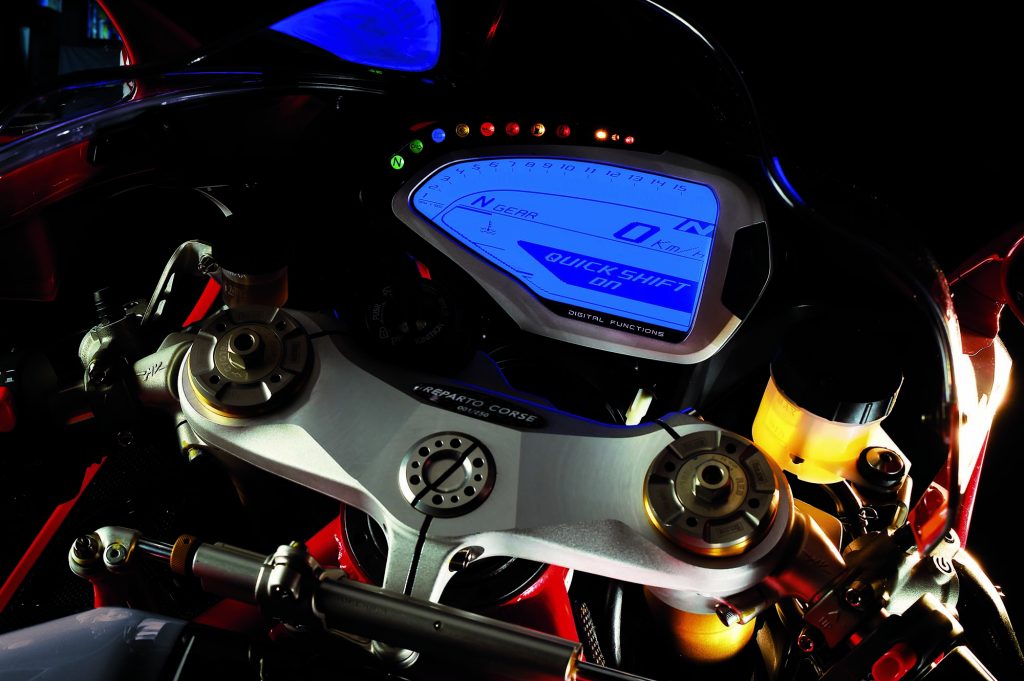 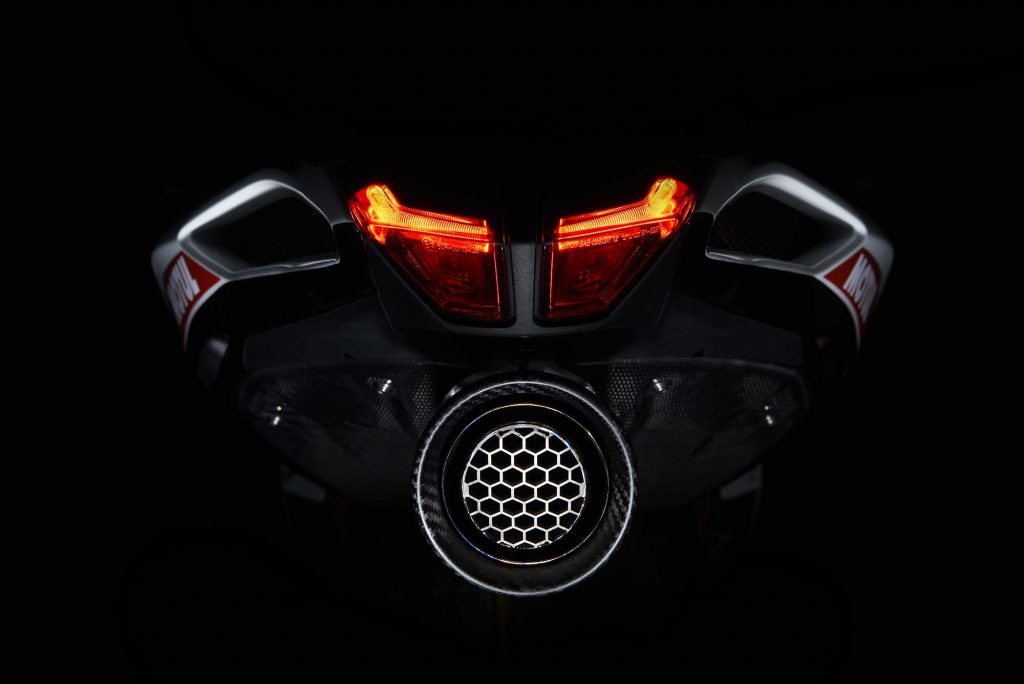 And like any of its homologation specials, the 2017 MV Agusta F4 RC will be limited to just 350 units worldwide. No pricing details were released but this bike would naturally command top dollar if you desired to own one.