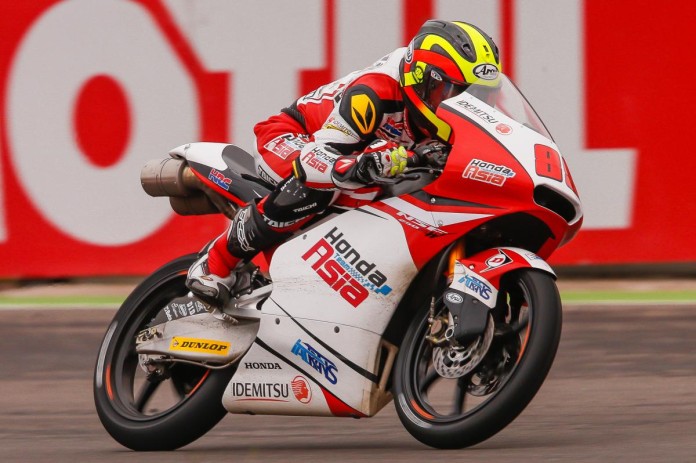 History has been made. Negaraku was played with the Jalur Gemilang flying proud and high on the podium. Khairul Idham Pawi has become the first Malaysian rider to win a World Moto3 Championship race in the Autódromo Termas de Río Hondo, Argentina (Argentina GP).

Astride the Honda Team Asia Moto3 machine, Khairul Idham began his weekend strongly by qualifying in fourth position. His fastest time of 1:50.204 was just 0.437 seconds off the pace of pole-sitter Brad Binder astride the Red Bull KTM Ajo machine. Nevertheless, this was close enough for Khairul Idham Pawi as the 17-year-old youngster from Perak was able to convert his second row start into the race lead thanks to a perfect start.

From then on, the 21-lap Argentina GP race was in Khairul’s hands as he put on a true masterclass, leading the race from start to finish. By the time the chequered flag was waved for him, Khairul Idham was a good 26.170 seconds ahead of second place finisher Jorge Navarro and 30.060 seconds ahead of third place finisher Brad Binder. However, Khairul Idham wasn’t the only sensational Malaysian today. 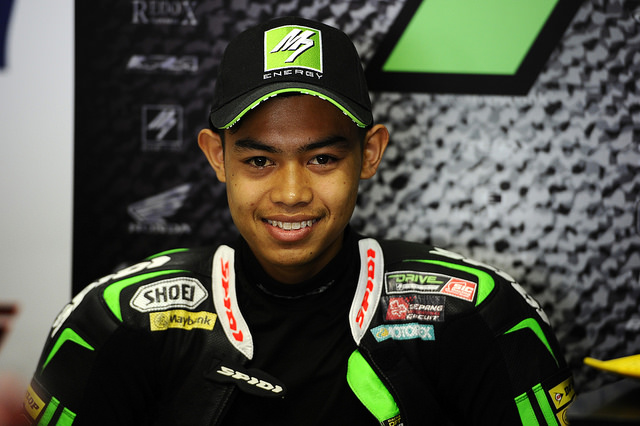 Also making waves in the Argentina GP Moto3 race was Drive M7 SIC Racing Team rider Adam Norrodin. Despite starting further back from 17th position, the youngster from Batu Pahat, Johore – also 17 years old – got off to an excellent start. By the second lap, Adam was already up in second place and began his defence.

Alas, whilst battling against Jorge Navarro, Adam Norrodin high-sided and crashed out on the last lap at the last turn, just missing out on what would’ve been the first Malaysian double podium finish in the world Moto3 stage.

Norrodin runs across the lineNever give up! Heartache for Norrodin, who crashes out of 2nd place in #Moto3 at the final corner, but picks his bike up to run with it across the line! #ArgentinaGP

Despite the nasty crash, Adam was determined to finish what he started and soon put on a display of true grit by picking up his bike and pushing it with all his might towards the finish line. He would eventually be classified in 11th, but the spectators in the grandstands of the Autódromo Termas de Río Hondo were on their feet with cheers and applause for Adam’s display of determination.

On the podium, it was sheer jubilation for Khairul Idham Pawi. The race win was one strong vindication for him despite starting off the weekend on Friday with a sanction for riding too slowly during practice. Suffice to say; the youngster from Perak proved that he wasn’t slow at all today in Argentina.

And it is worth noting that the performance from both Malaysian riders today was sensational, if not outstanding. Sweetening this further is the fact that both have shown their skills and true potential despite being rookie riders in their first full season in the World Moto3 stage this year.

With the race win, Khairul Idham Pawi earned maximum 25 points score here in Argentina, and now ranks fourth overall in the standings – not bad for his first point-scoring finish indeed. Fortunately, Adam’s efforts also didn’t go in vain as his 11th place finish sees him picking up 5 championship points – his first points score of the season too – and is now ranked 19th in the standings. 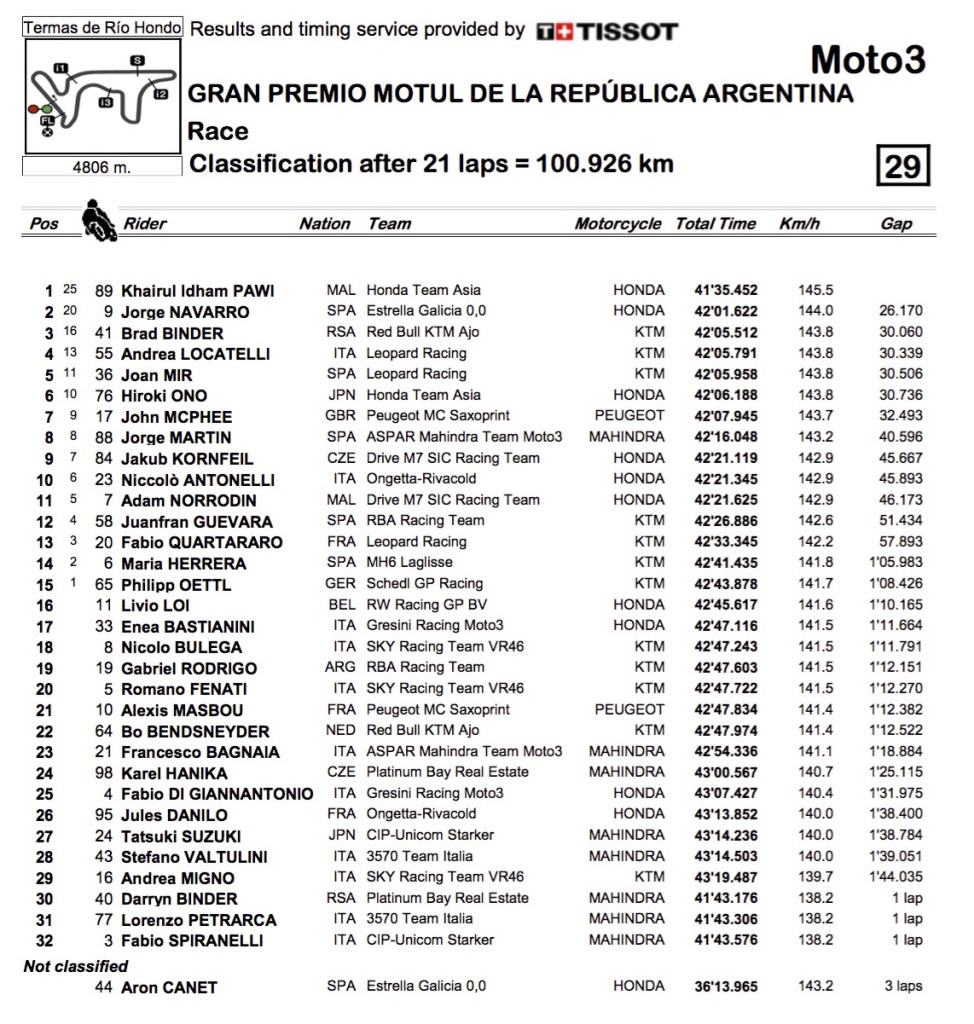 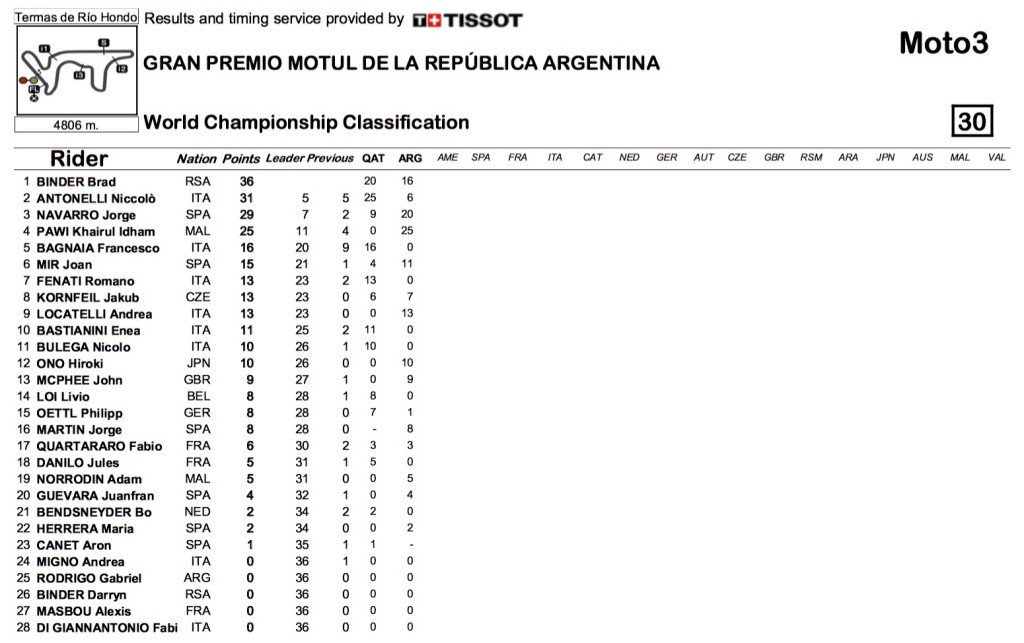