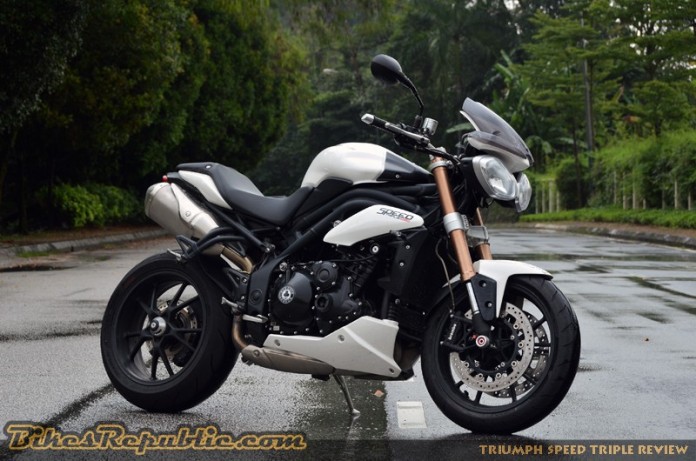 As we’ve previously reported, British bike manufacturer Triumph is presently hard at work towards developing its next generation Speed Triple range. The new 2016 model was spotted recently out in the wild undergoing road tests just outside Triumph’s headquarters of Hinckley, UK. 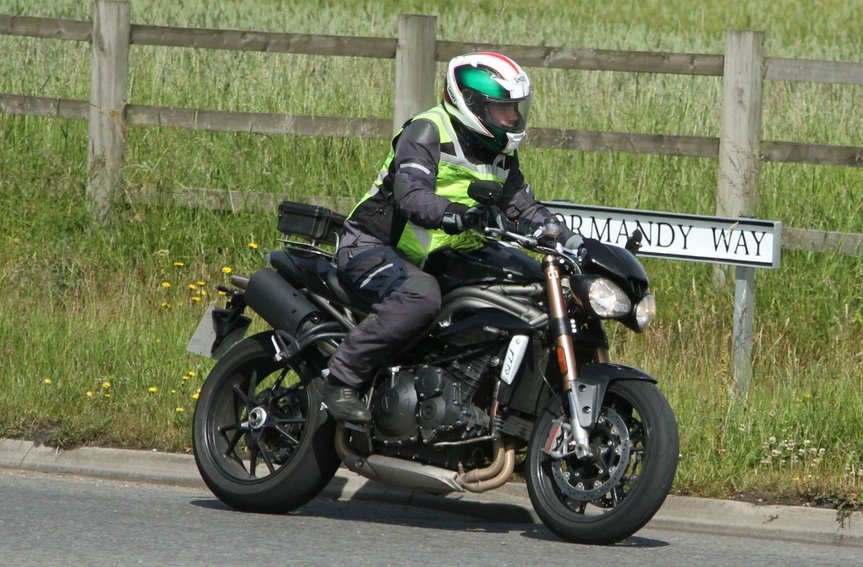 As indicated in our last report, the changes made to the new 2016 Triumph Speed Triple gains upgrades and improvements meant to prolong its lifespan. Amongst which is its signature triple-cylinder engine, which has undergone revisions with better emissions thanks to a new exhaust system and catalytic converter, along with several technological upgrades. 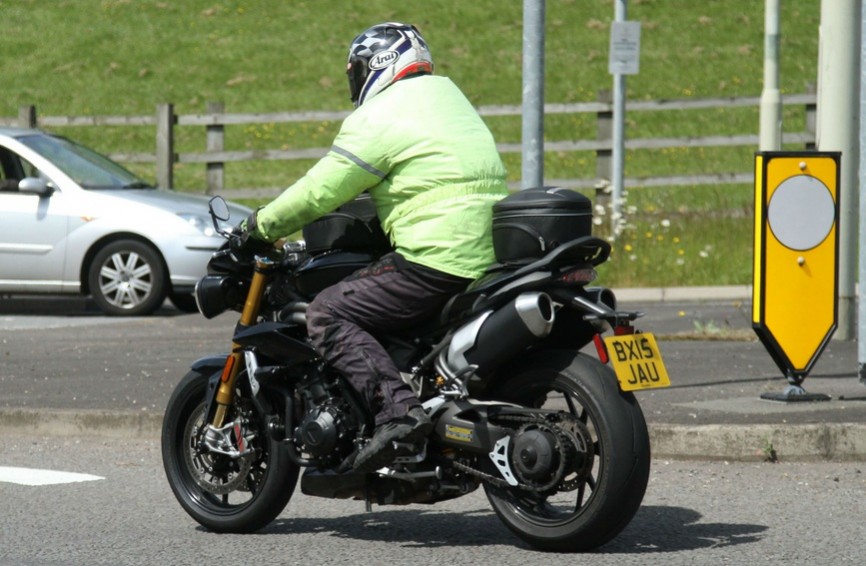 Sources report that the firm quietly conducted a survey amongst current Speed Triple owners earlier this year. The survey indicates that the new bike’s technological suite will include new features such as traction control, multiple engine modes, as well as an electronic throttle system. These changes mirror those seen in Triumph’s new Tiger 800 range for 2015. 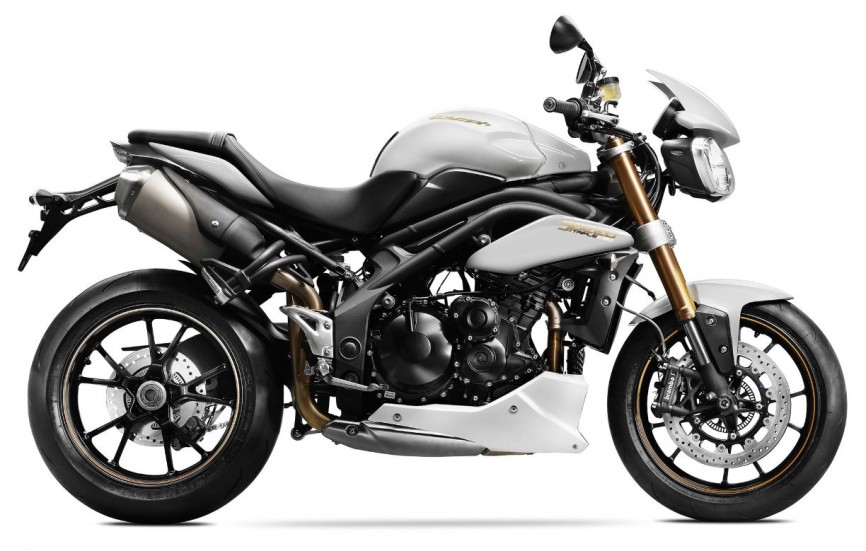 The upgraded engine is expected to see a gain in power figures, albeit in a more modest manner. The survey indicated a likely power hike up to 140hp. In comparison, the current Speed Triple develops roughly 133hp. 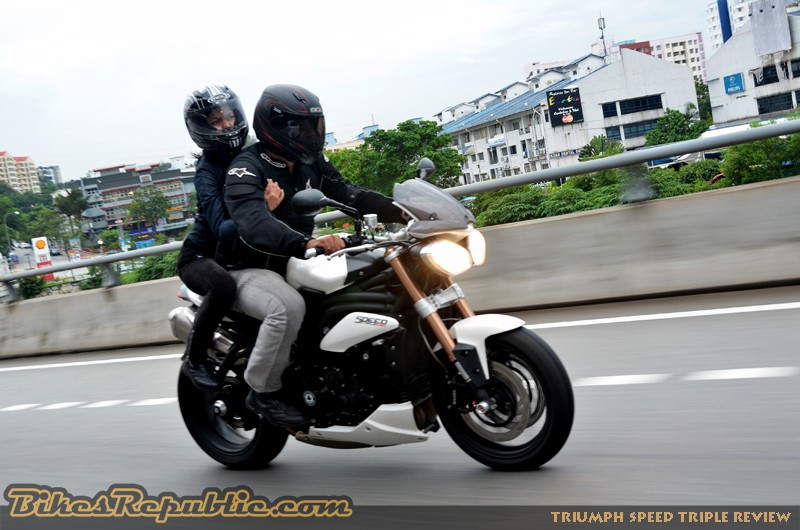 Retained for the 2016 model is the chassis and frame design, which has been in place since the Speed Triple’s last major upgrade in 2011. What this suggests is that Speed Triple buyers will get a set of Showa front forks whilst those opting for the more expensive Speed Triple R variant will benefit with Öhlins-sourced units instead.