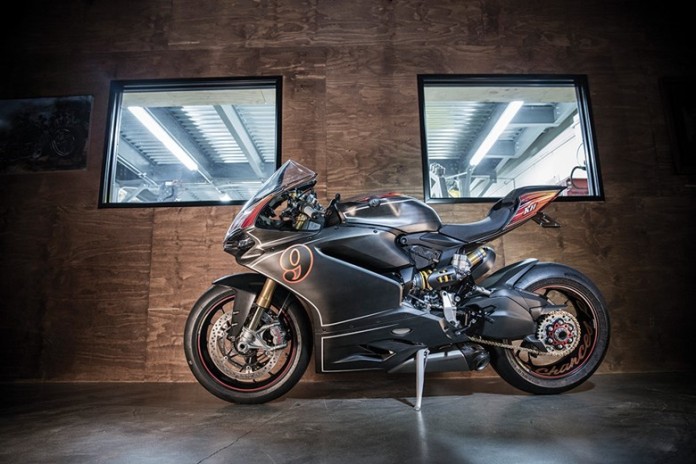 It’s Friday and we thought of kick-starting your biking weekend on a very sexy and drool-worthy note thanks to this custom Ducati 1299 Panigale called the RSD KH9. 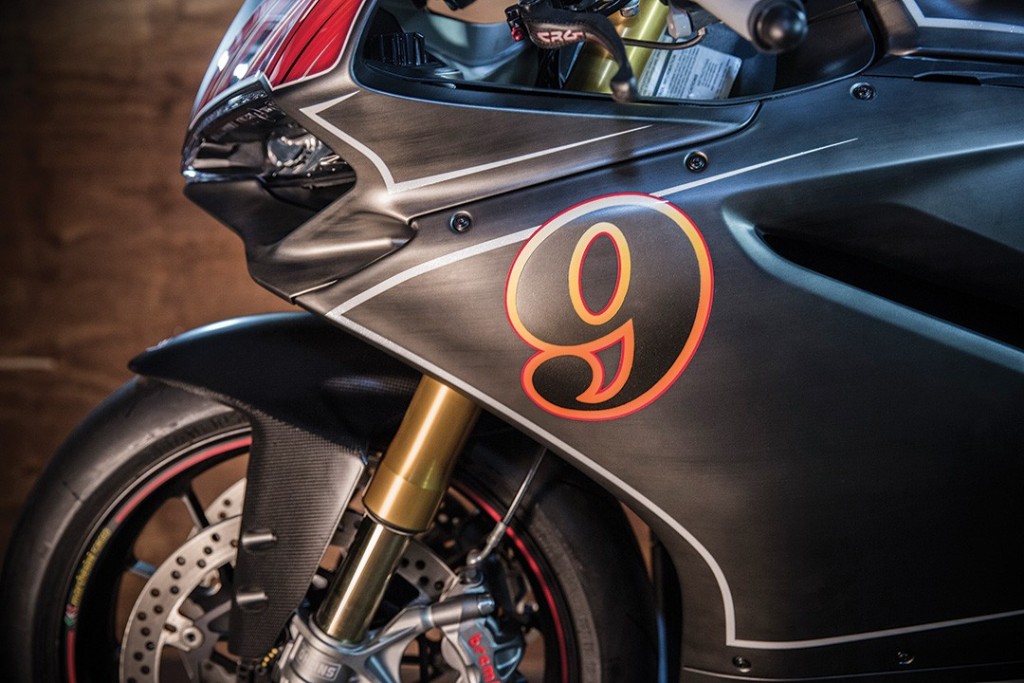 As you can probably tell, RSD stands for Roland Sands Design, and the American bike artisans are renown for building some of the planet’s most exceptional customs. This latest creation of theirs, dubbed the KH9, sees it giving the already gorgeous Ducati 1299 Panigale superbike’s sex appeal a greater boost – something we thought wasn’t possible. 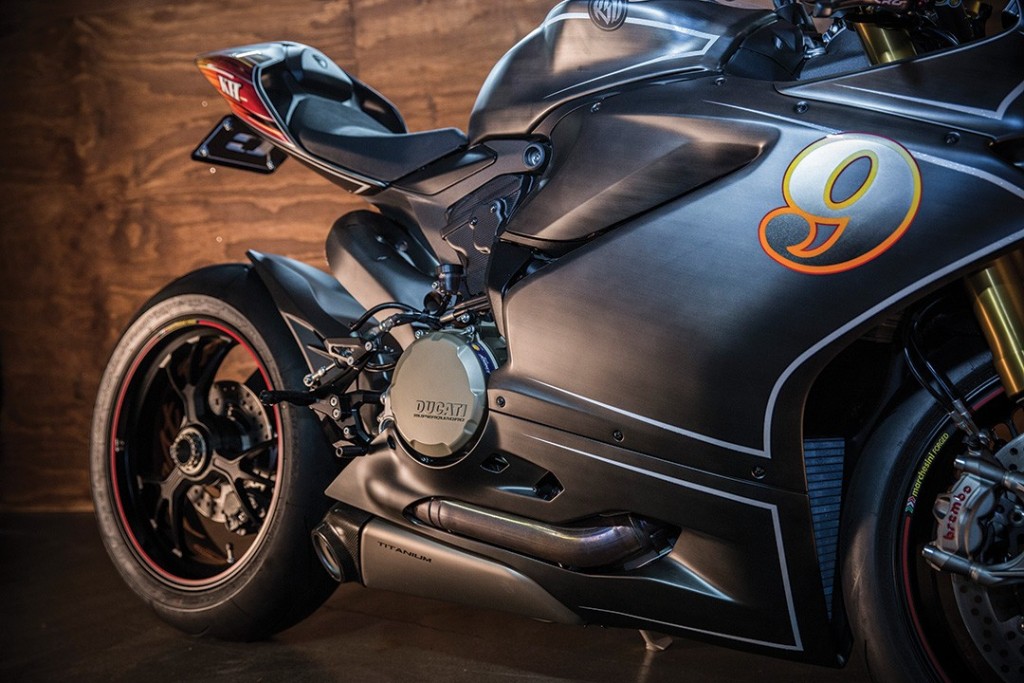 According to RSD’s blog post, the RSD KH9 was commissioned and built for a customer who was a drag racer and all-out racing fan. Inspired by Jeff Koons BMW art car, the KH9 wears a special brushed paint scheme crafted by Chris Wood of Airtrix. 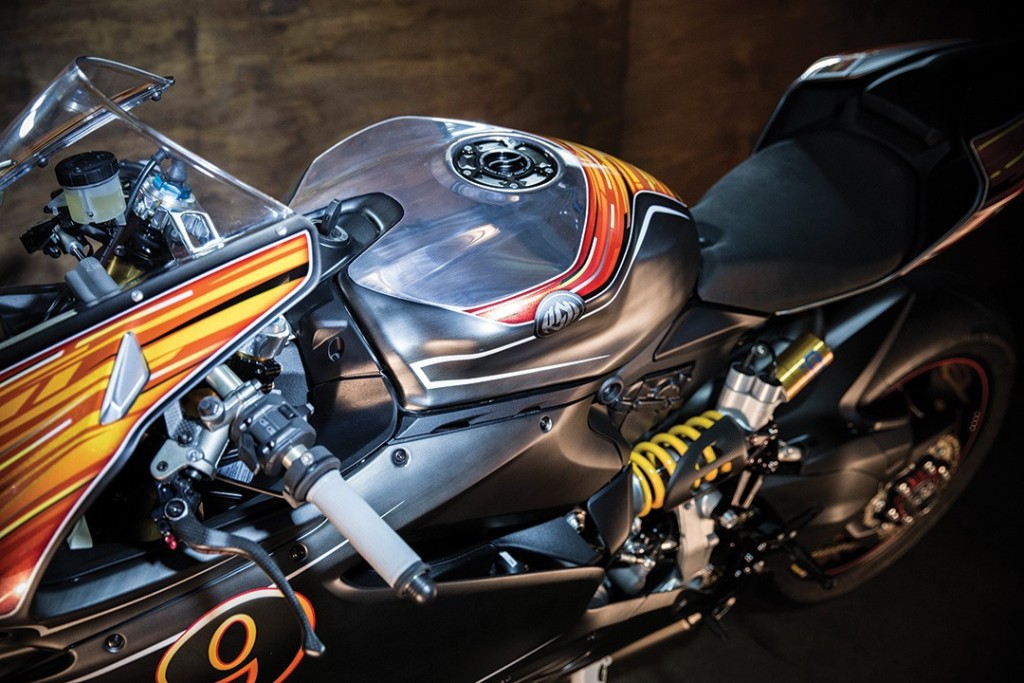 The KH9 sees its entire bodywork and the fuel tank treated with the satin gloss and brushed satin metal paint scheme, which is then complemented further by a clear varnish coating plus a series of outrageous colour accents. On top of that, the billet parts and triple clamps have been polished as well for greater bling. 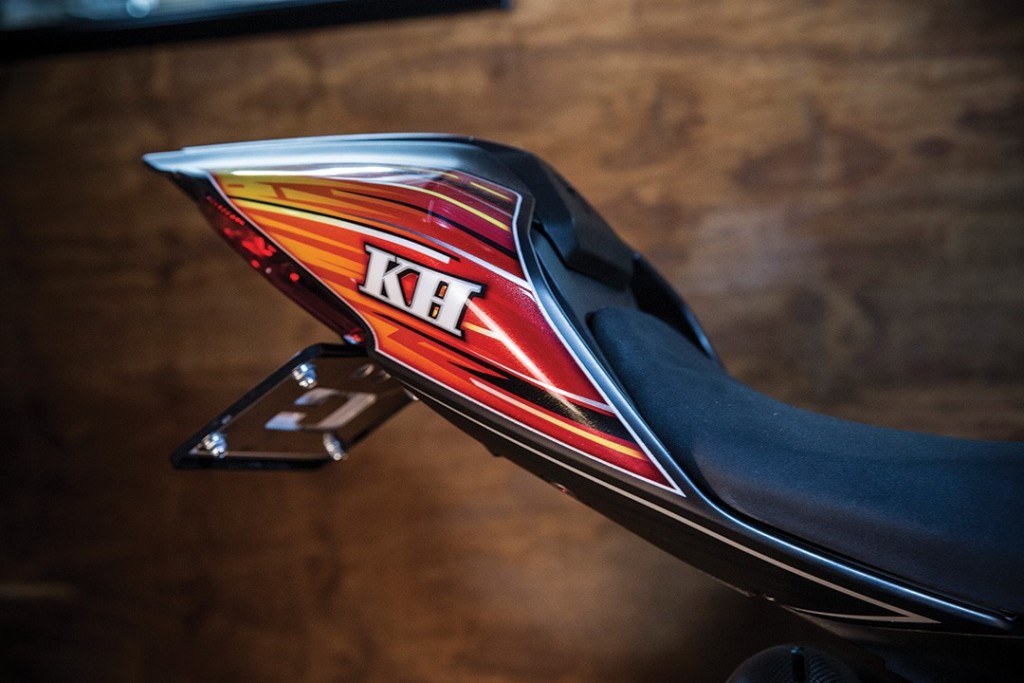 There’s also pinstripe bits that adds a dash of retro to things whilst the stock Marchesini forged wheels features a ‘Ride Fast Take Chances’ lettering in matching colours painted on in its rear set. The builders at RSD also went to the extent of fitting the same Akrapovič titanium exhaust unit from the limited Ducati Panigale Superleggera, which should give this special Panigale with the special soundtrack to match. 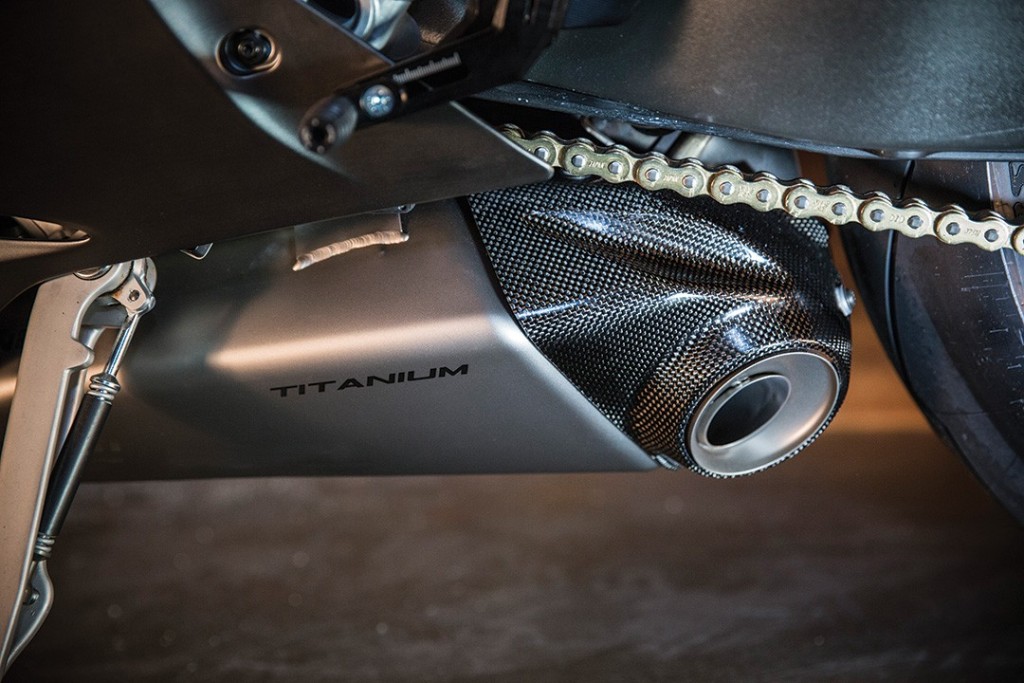 Besides that, the stock levers were also replaced with CRG carbon fibre types, whilst a new billet tank cap and Bonamici rearsets complete the outlooks too. There’s also an extensive array of carbon fibre parts being primed such as the sprocket cover, swingarm and chain guards, rear brake line guard and shock guard, the rear exhaust heatshield, countershaft sprocket cover, brake and clutch reservoir mounts, rear fender trim, and the engine bulkhead covers. 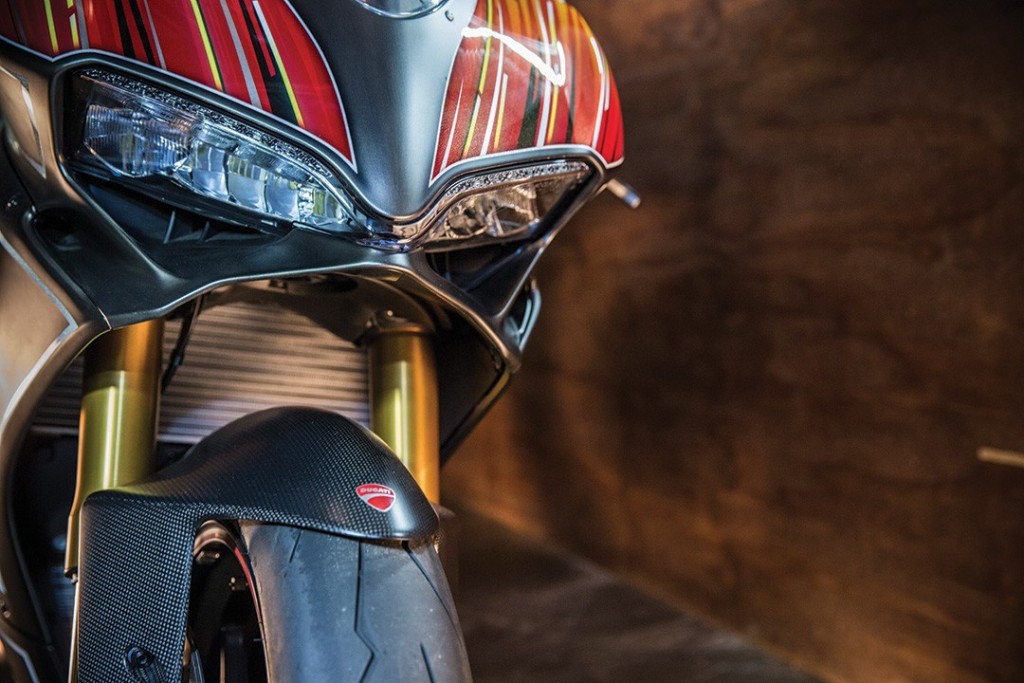 We know that you’d agree with us when we say that this RSD KH9 Ducati 1299 Panigale truly stands apart as one of the sexiest custom superbikes ever created. For you own drooling satisfaction, we’ve included an extensive gallery below for your perusal.