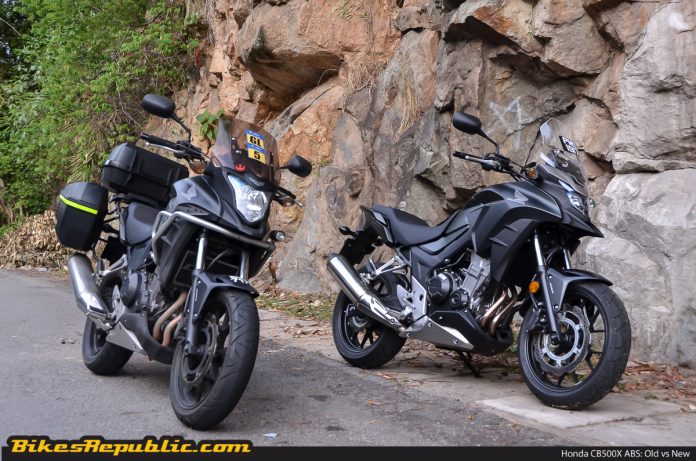 Seeing the changes in the face-lifted 2016 Honda CB500X ABS from its predecessor in greater detail. 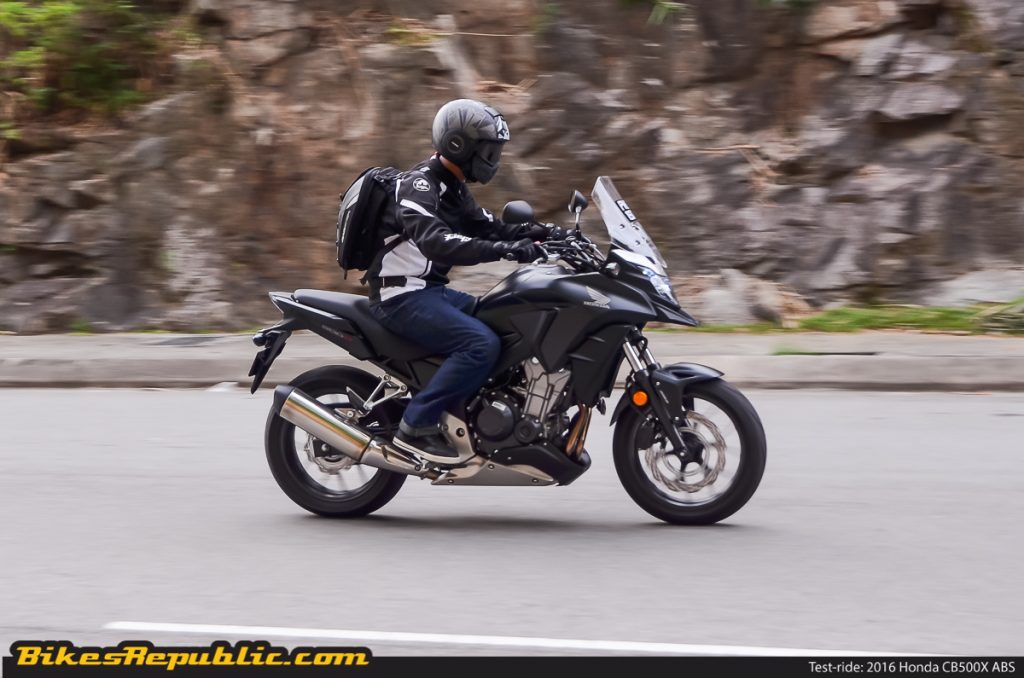 Whenever bike models undergo a full revision or even a major mid-life refresher, manufacturers usually go to great lengths to point the changes out. The face-lifted 2016 Honda CB500X ABS we tested recently was no exception to this.

Despite that, nothing beats an actual ‘real world’ view of things. And that’s exactly what we managed to do after putting the older 2013 and face-lifted 2016 Honda Cb500X ABS models side-by-side for a quick comparison. 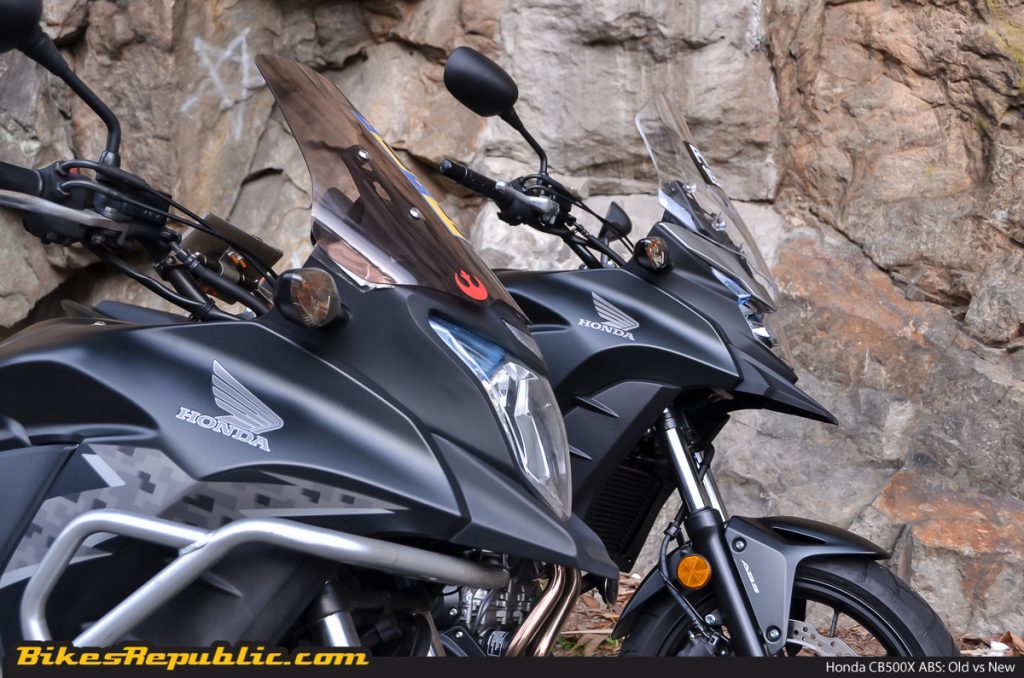 We’ll start with the very obvious, that being the major nip-and-tuck in the front fairings. Though a subjective area to gauge, we actually like the 2016 model’s sharp and sporty new face, and the improvements that followed here go beyond mere aesthetics too. 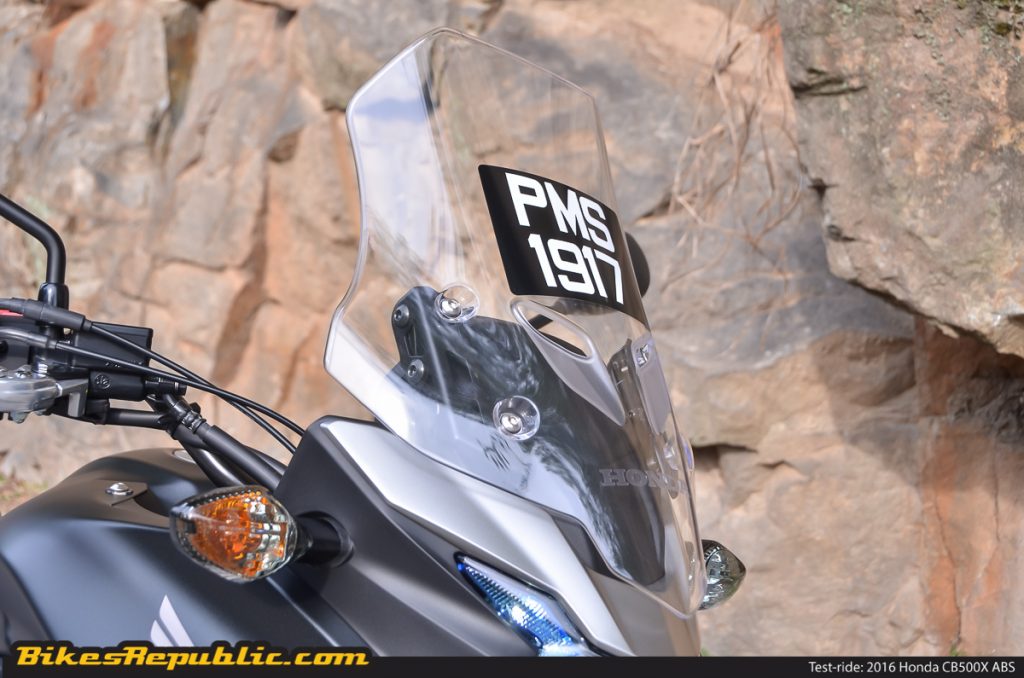 The 2016 model’s larger new windscreen has greatly improved on wind protection over the older model’s seeming tiny stock unit. With the latter offering little to no protection, it was easy to see why most owners of the 2013 model opted to install aftermarket windscreens as pictured. 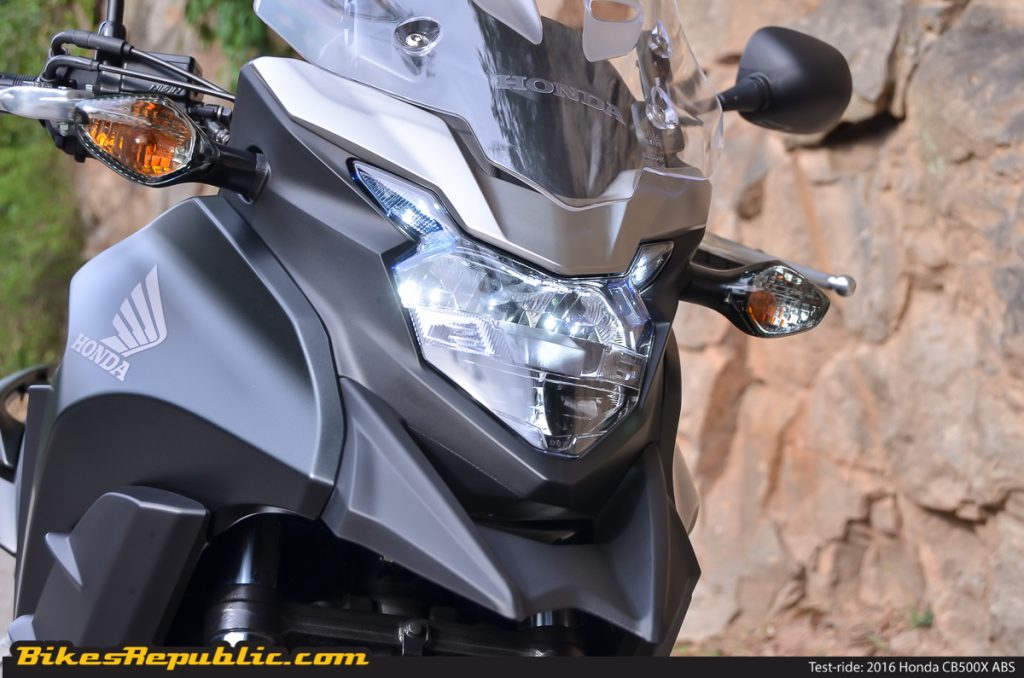 Next comes the modern LED headlamp that replaces the outgoing model’s traditional halogen type. The LEDs offer greater and more accurate illumination, inspiring a lot more confidence for night rides. The added bonus here is that the LED lighting also adds a more modern touch to the sharpened looks, not forgetting its low-cost maintenance over the long run too. 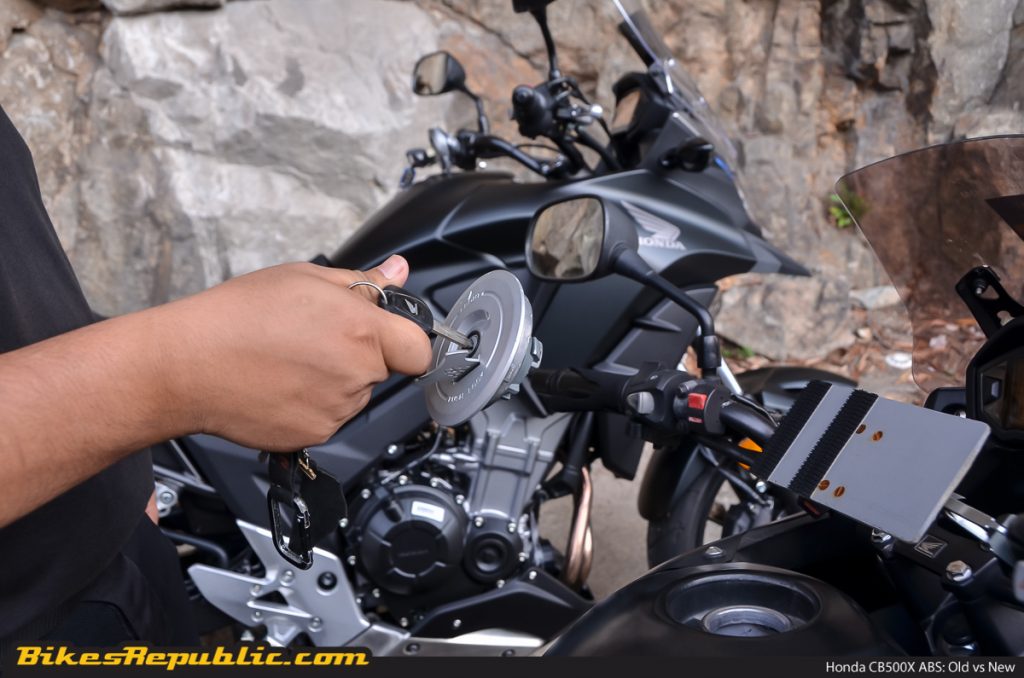 Next comes the new 17.5-litre fuel tank. It may not look like it, but Honda claims it has been enlarged from the pre-facelift model’s unit. Interestingly, the tank cap has been changed, with the model’s neater-looking and convenient fixed unit now making it easier to mount accessories via its locking pins – something avid distance riders will appreciate. 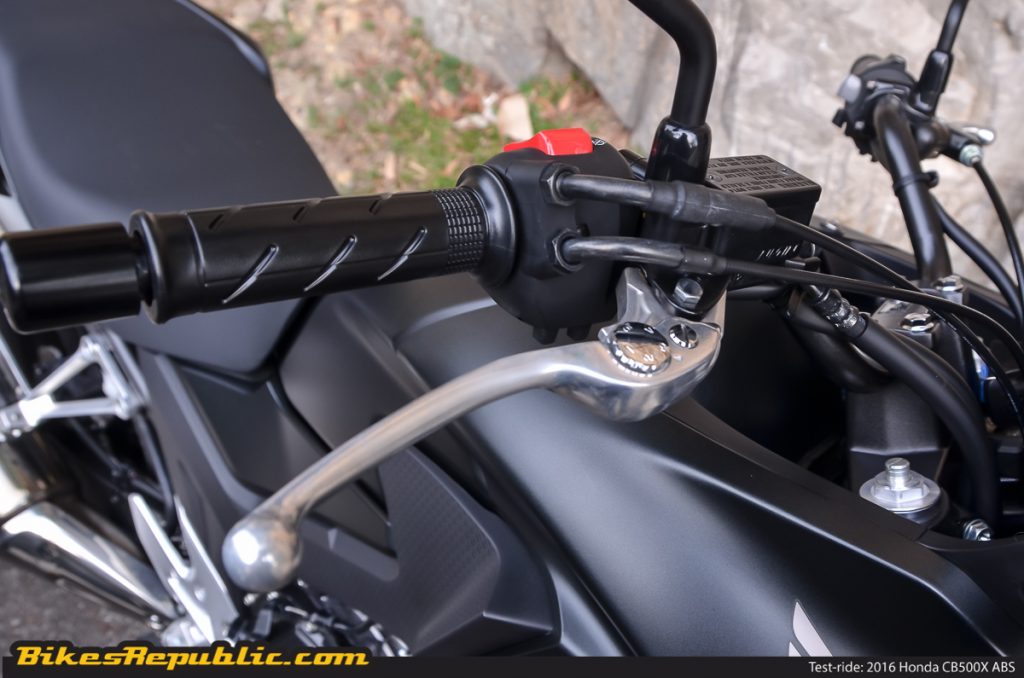 Another new addition in the 2016 model is the five-level adjustable brake lever. With it comes improved modulation and control over the anchors as you can set it up to your preferred level. We reckon that many newbies and ladies alike will welcome this particular new kit.

The other crucial change can be seen in the 2016 model’s new suspension hardware. The front forks in particular have benefitted with new top mounts on both sides, offering not only easier adjustments, it now grants easier access for servicing as well. 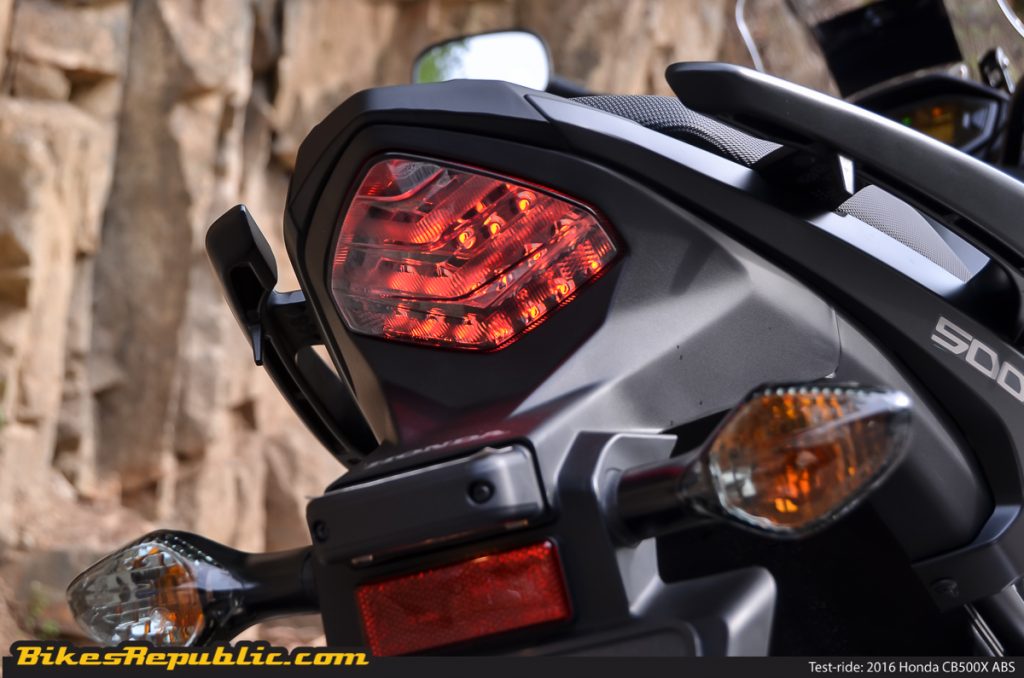 Lastly comes the updated rear taillight. Using LEDs again here with a new graphic scheme, both illumination and clarity have increased. In turn, this makes the 2016 Honda CB500X ABS much easier for other motorists to spot from the rear, thus improving rider safety here too. 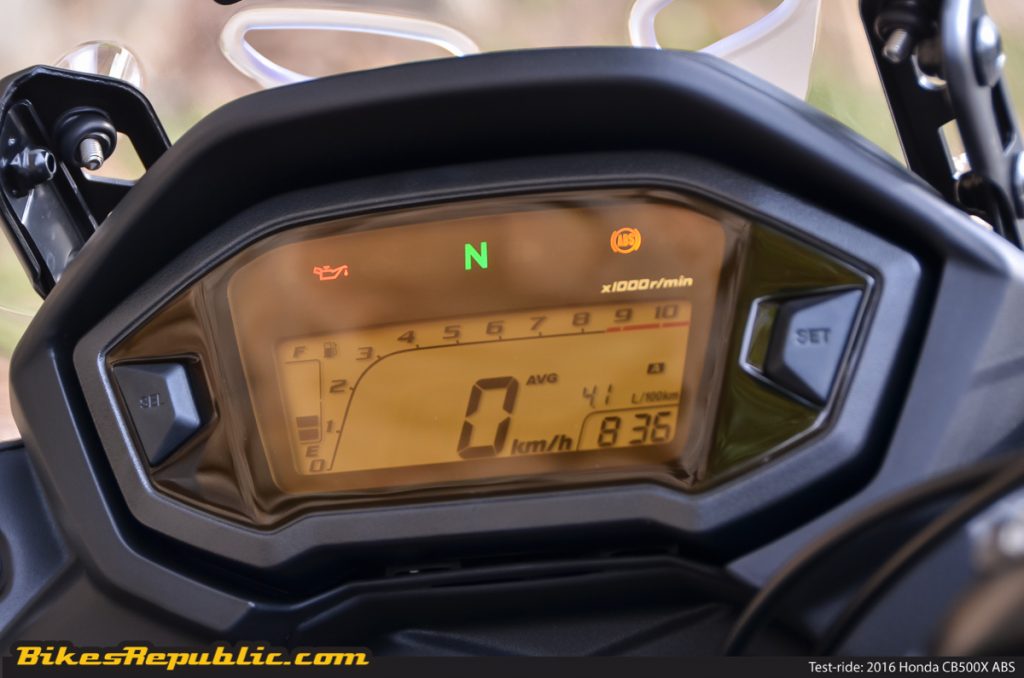 Overall, the light refreshments all round that accompanied the facelift have indeed made the 2016 Honda CB500X ABS a much better bike to ride than its predecessor. Our only gripe here is the continued absence of a gear indicator display in the otherwise neat digital meter panel that’s retained from the pre-facelift model.

You can view these changes in the featured walkthrough video we’ve posted above. You can also click and read our ride impressions of the 2016 Honda CB500 X ABS that we’ve published earlier. 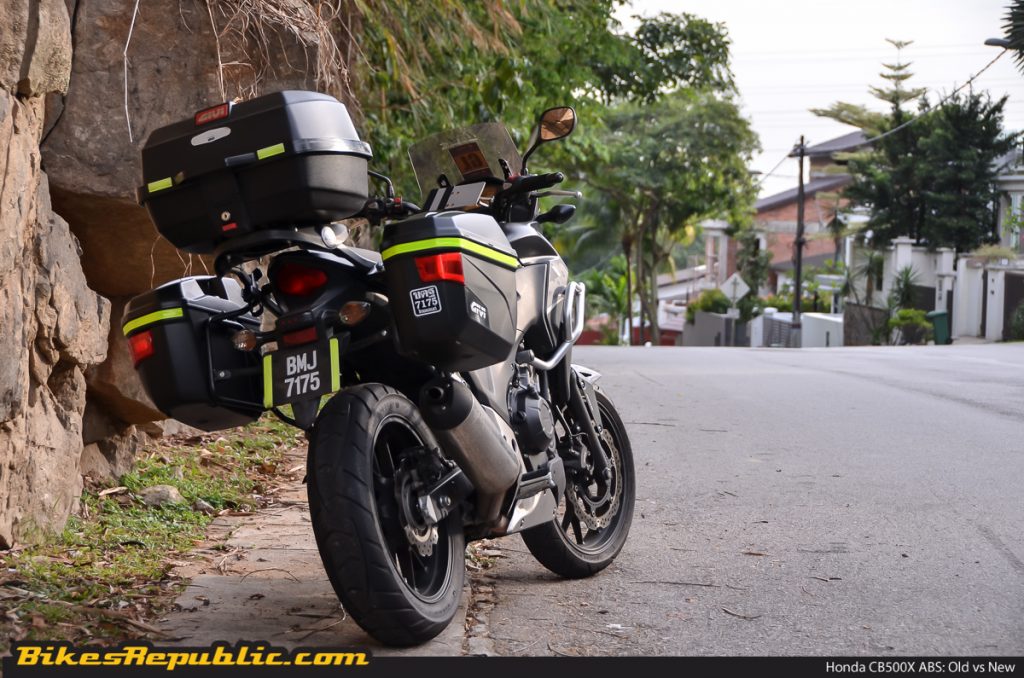 Note: We’d like to thank fellow rider and industry colleague Albakry Salehuddin from local YouTube channel Roda Pusing in loaning us his very own and tricked-out 2013 Honda CB500X ABS for this special comparison. Keep on riding mate!