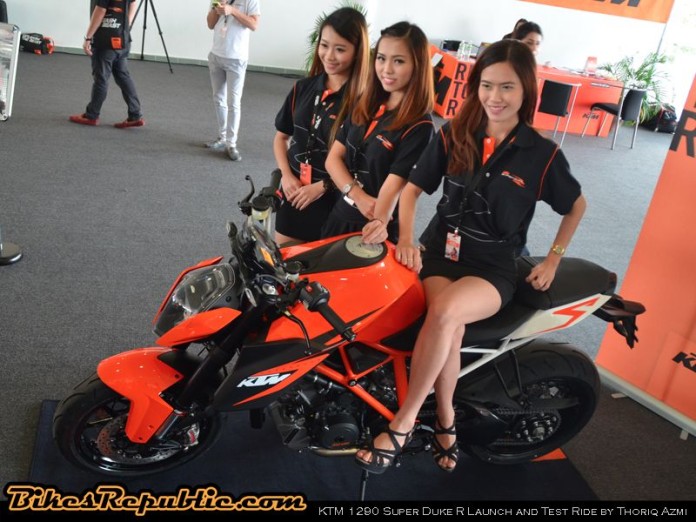 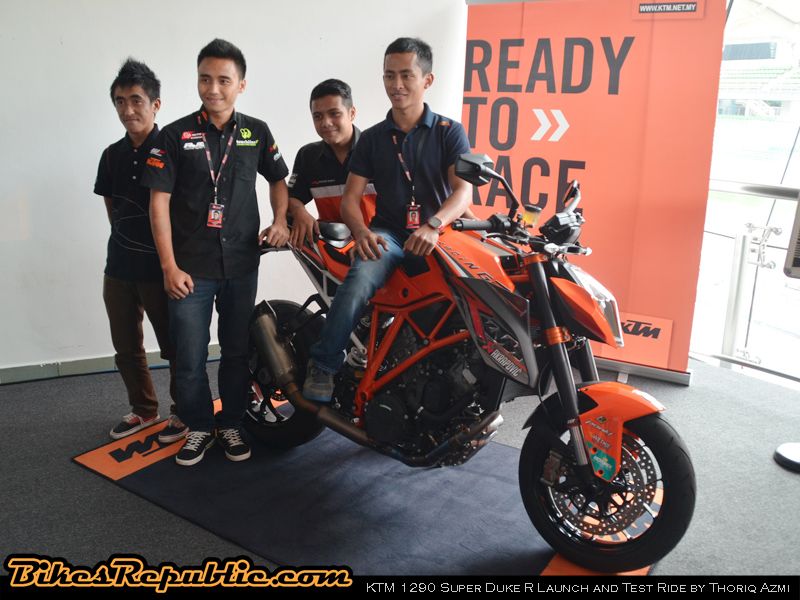 Present during the launch were KTM’s top brass, as well as Malaysian Moto3 riders Zulfahmi Khairuddin, Amirul Hafiq Azmi, Husni Aizat Malik, and Hafiza Rofa, as well as celebrity comedian and bikes enthusiast Zizan Razak. Shortly after the media briefing, select members of the media were invited to have a go with the beastly new naked for a few laps around the Sepang Circuit with guidance from former MotoGP ace Jeremy McWilliams. 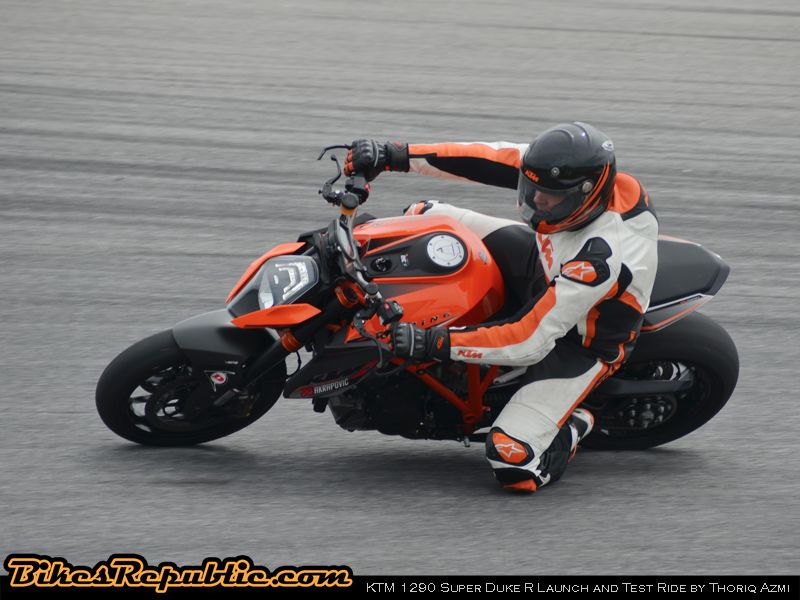 Unlike its predecessor the Super Duke 990, the new 2013 model packs a bigger punch from its 1,300cc V-twin engine. The mill, essentially an enlarged version of the brand’s RC8 model’s 1,198cc V-twin, generates a maximum output of 180hp at 8,870rpm whilst peak torque of 144Nm is churned out at 6,500rpm. Power is transmitted via a six-speed transmission. Weighing in approximately 189kg dry, KTM states that the new Super Duke is able to sprint from standstill to 200km/h in just 7.2 seconds. 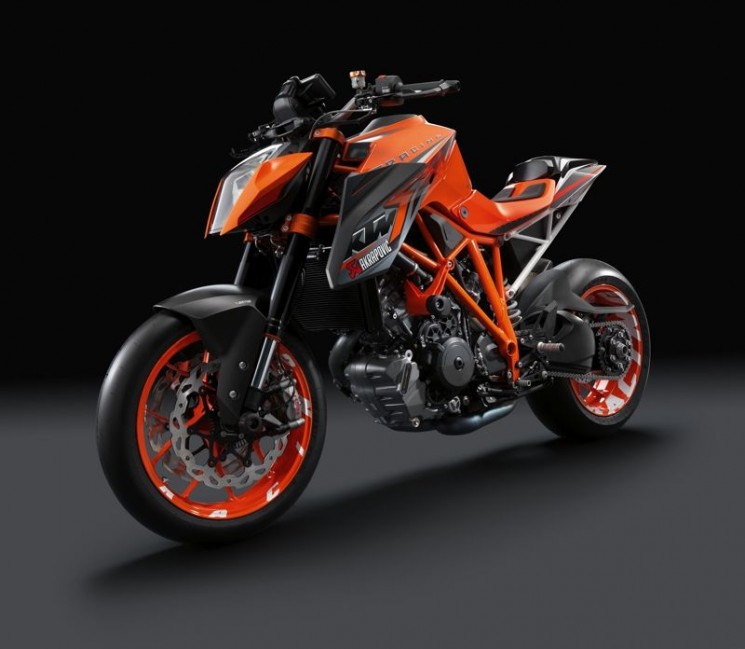 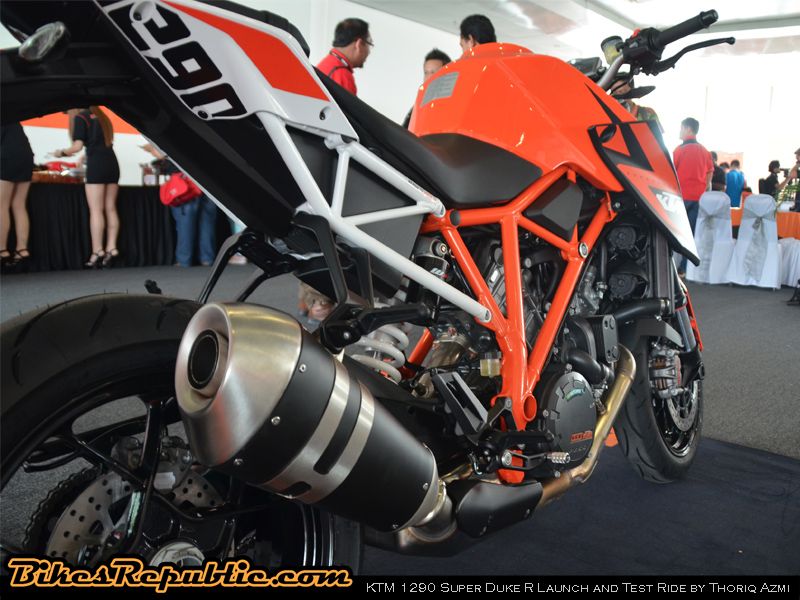 Keeping all the power in check, the 1290 Super Duke R boasts a wide array of standard-equipped electronic rider aids, namely Ride-by-Wire with three ride modes – Street, Sport, and Rain. In Street and Sport modes, all 180hp are available with optimised throttle opening curves on tap to the rider whilst in Rain mode, the system limits the output at 100hp and a softer throttle opening curve. 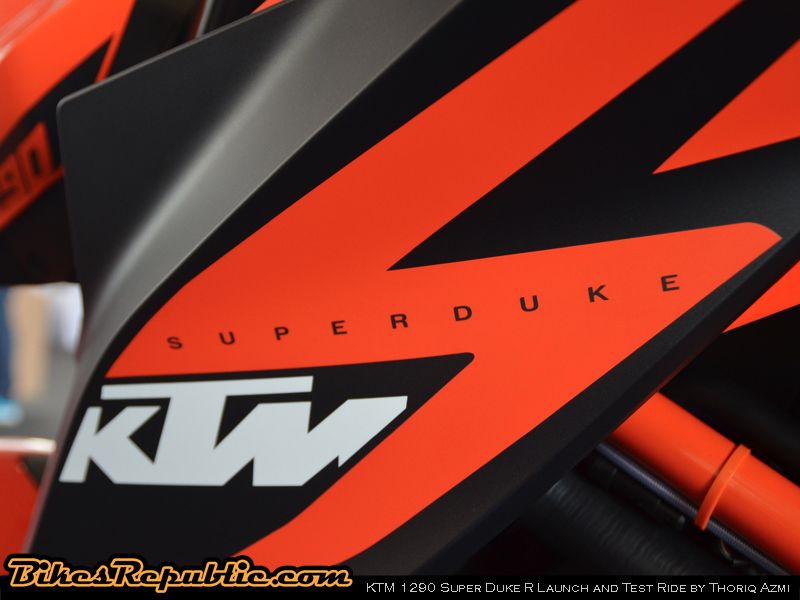 Other than that, the electronic rider aid suite also includes ABS and Traction Control systems supplied by Bosch, as well as a neat Lean Angle Sensor feature. Matching its high-tech DNA are the LED daytime running lights and rear brake lamps that compliment and complete the new Super Duke R’s aggressive and modern exterior styling. 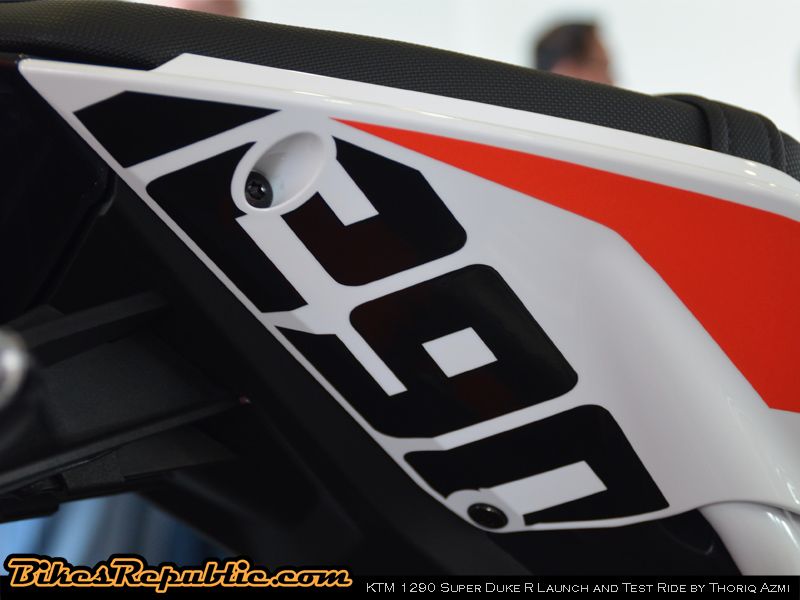 Check out more photos in the galleries below as well.