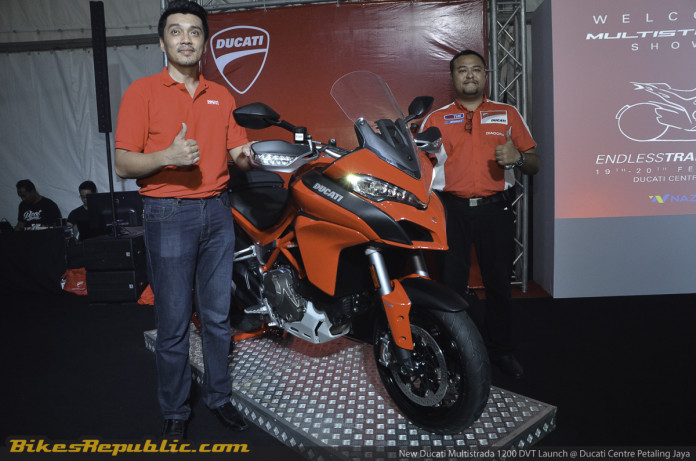 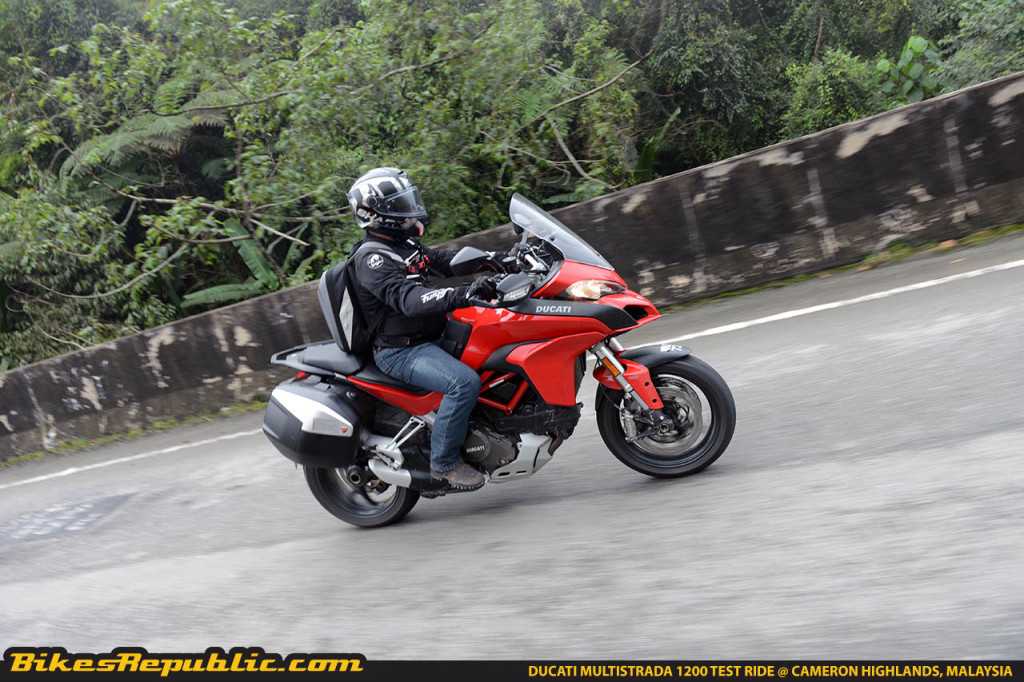 You’ve read our reports when it first debuted during the EICMA 2014 and our test-ride up to Cameron Highlands earlier this week, now we’re glad to report that the new and improved Ducati Multistrada 1200 DVT has officially been launched in Malaysia. 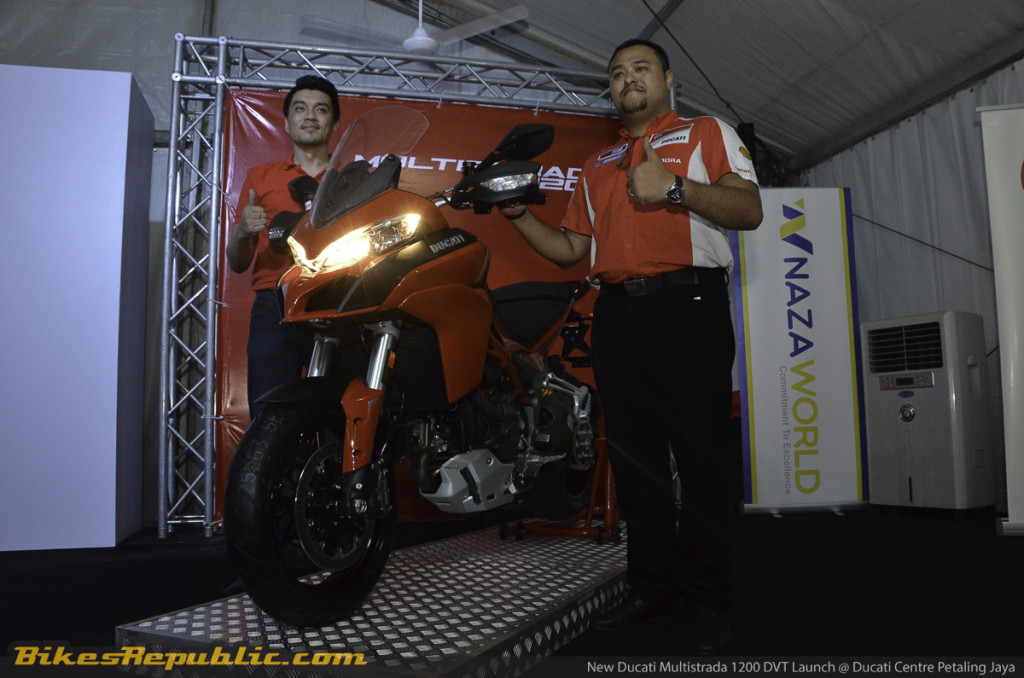 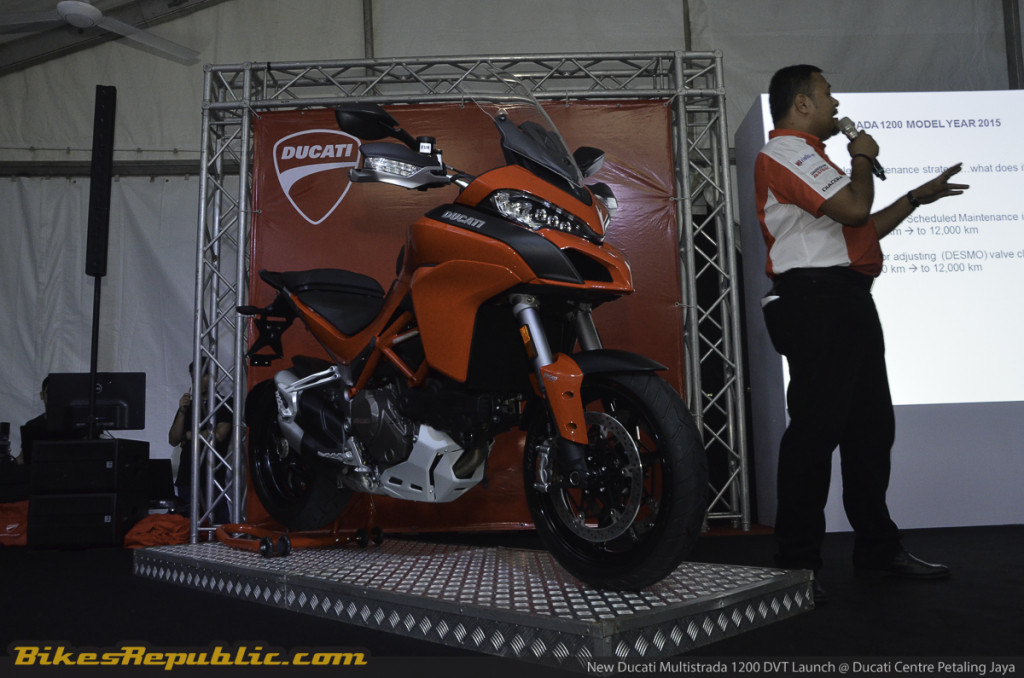 As previously stated in reports and our recent test-ride, the new Multistrada 1200 DVT model is now primed with Ducati’s new and Euro 4-compliant 1,198cc Testastretta DVT (Desmodromic Variable Timing) twin-spark V-twin engine. Compared to its predecessor, this new DVT unit, which is primed with variable valve timing, sees its power raised up by 10hp to 160hp developed at 9,500rpm as is peak torque that is now rated at 136Nm @ 7,500rpm.

Furthermore, the DVT variable valve timing suite has re-optimsed the mill with improved torque and power deliveries across the entire rev-band whilst also improving fuel-efficiency by 8%. Also paired with the mill is a six-speed transmission that is primed further with a wet slipper clutch feature that makes up- and down-shifts a breeze as well. 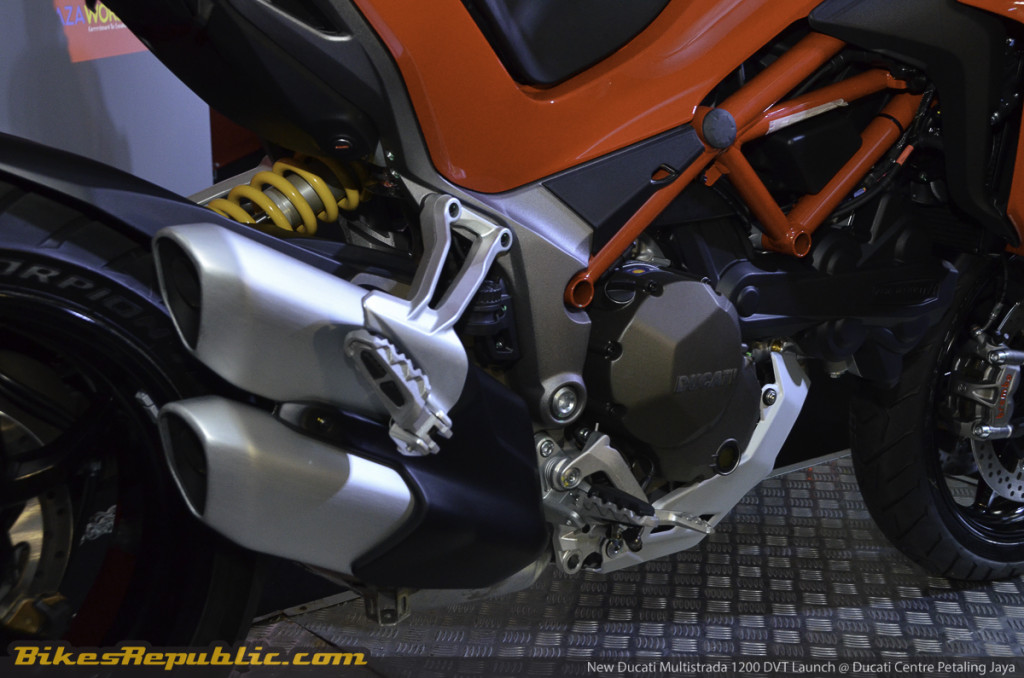 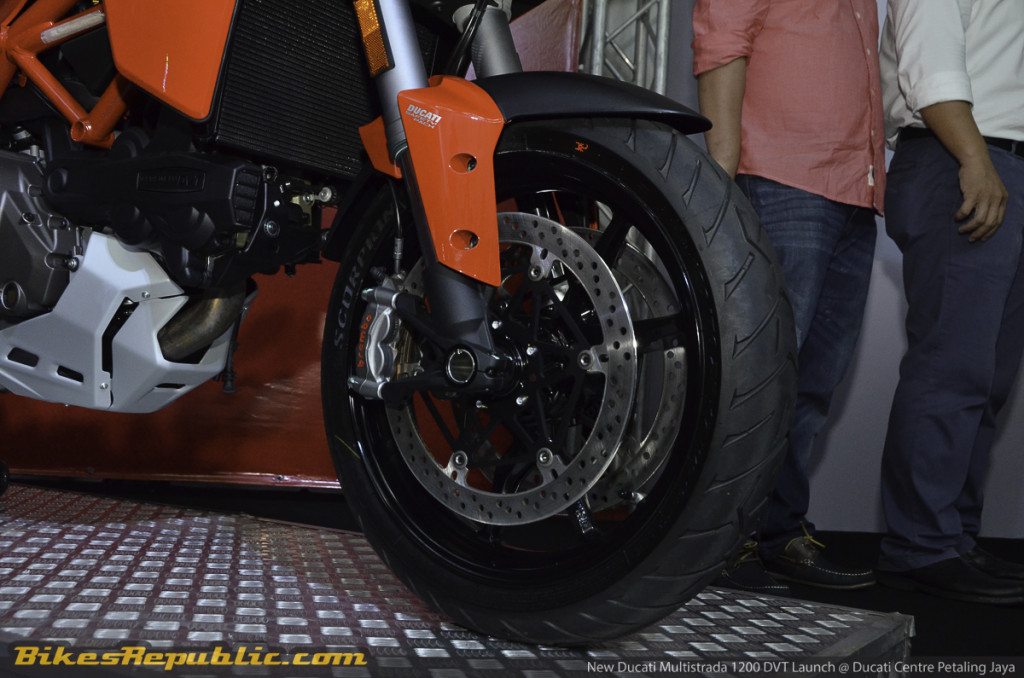 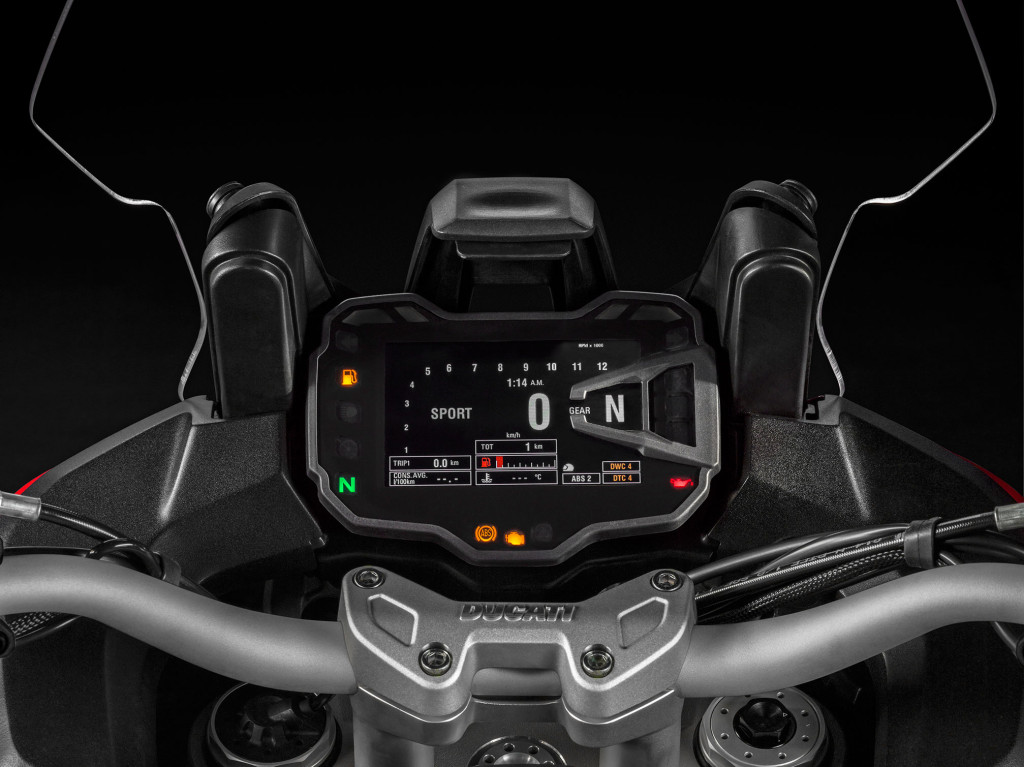 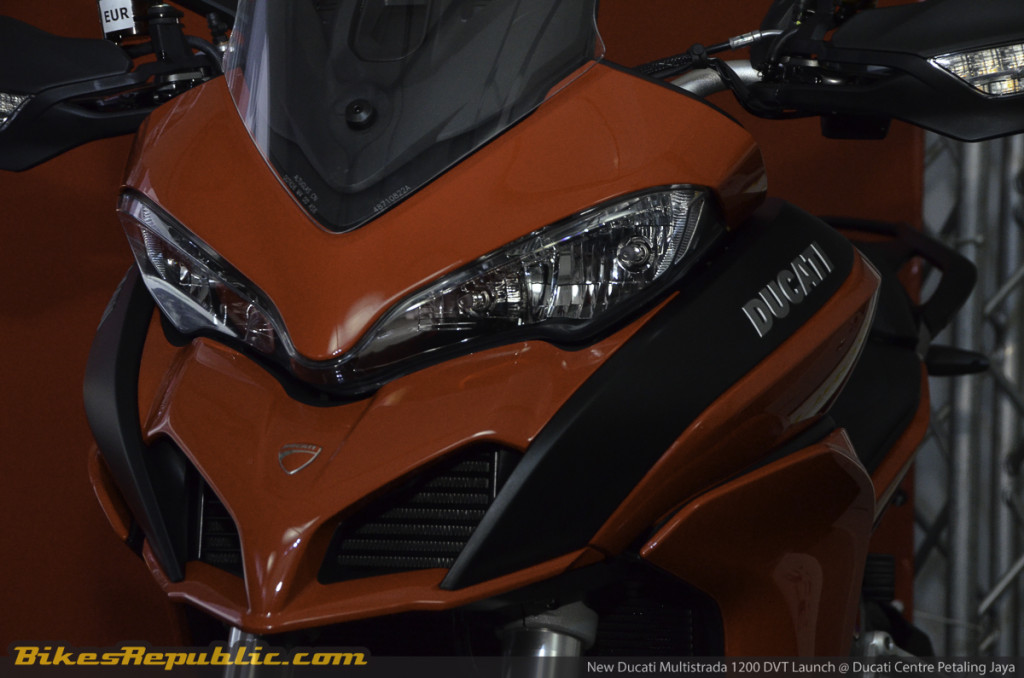 The other difference between the standard and S version lie in their respective suspension systems. Both models feature 48mm fully adjustable front forks with the standard bike getting a Sachs fully adjustable rear monoshock unit. The S model gains further with an enhanced version of the Ducati Skyhook Suspension (DSS) semi-active suspension system, offering a wider spectrum of adjustability too.

Of course, Ducati have also tweaked the new Multistrada’s exterior outlooks, granting it with a mild facelift. Subtle difference include the revised front beak and air intakes, the presence of full-LED headlights, revised windscreen and seat adjustment parameters, as well as a cleaner-looking integrated luggage rack. 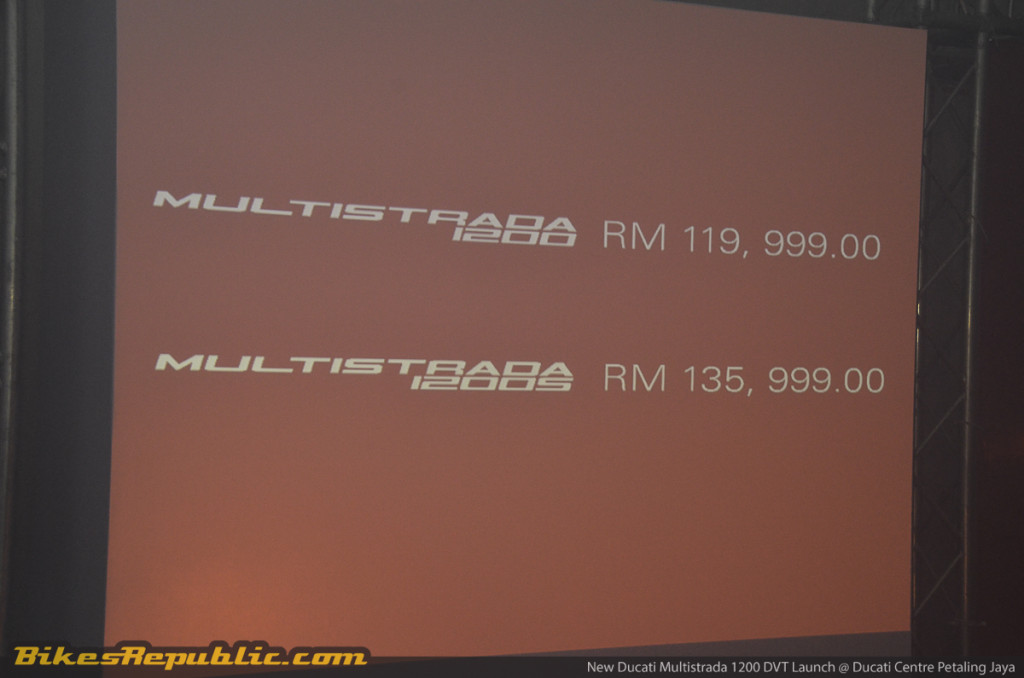 You can test-ride the new Ducati Multistrada 1200 DVT on Saturday, 20 February 2016 as Ducati Malaysia will be hosting special test-rides throughout the day for customers. 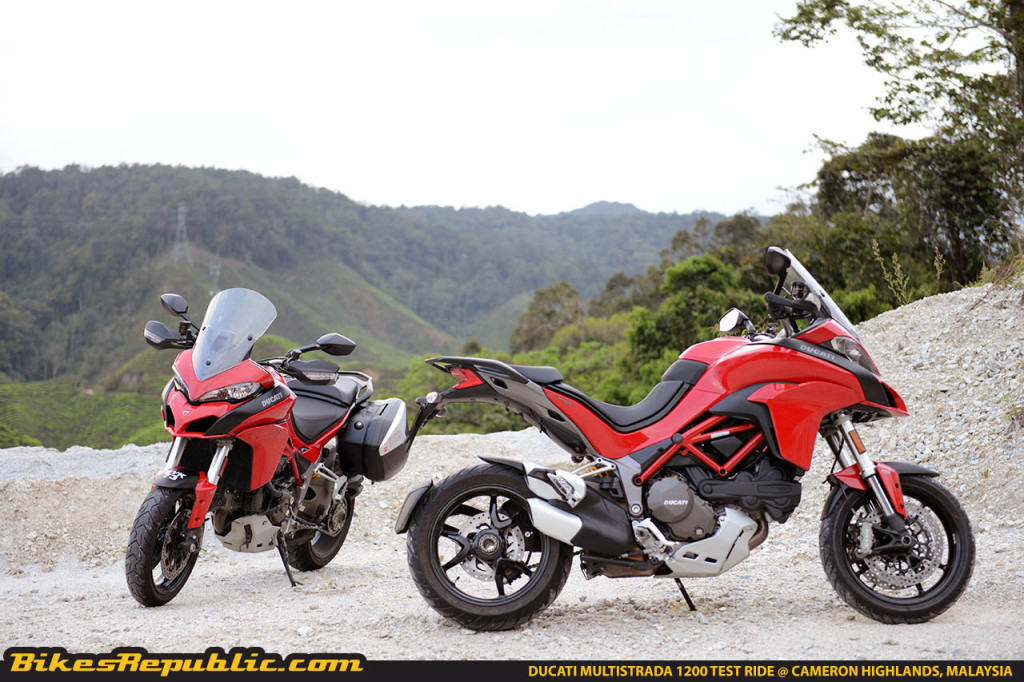 We’ve already tested the standard Ducati Multistrada 1200 ABS variant sometime last week and our editor is presently in the midst of testing the 1200 S version in Thailand. You can read about the initial test-ride here or see our editor’s video review below.

You can check more pictures from the official launch event in our gallery below as well.