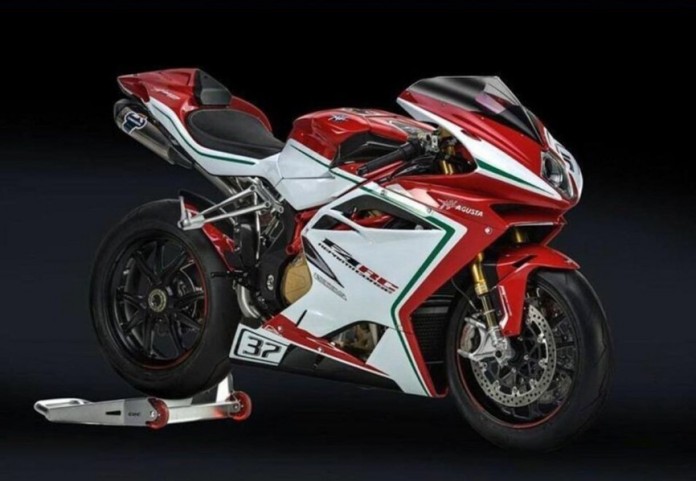 The following images of what appears to be a new variant of the MV Agusta F4 superbike has emerged on an MV Agusta fan forum, along with presentation slides revealing some details.

Sources believe that this is the Varese-based brand’s upcoming F4 RC superbike, essentially a homologation special version of the MV Agusta brand’s F4 superbike. The images show F4 RC not only sporting a special race-derived livery, but also a special two-can exhaust system supplied by Termignoni.

Leaked slides on the forum’s pages also confirm that the F4 RC will boasts up to 212hp and 111Nm of peak torque from its supposedly overhauled engine. The mill will also reportedly propel the F4 RC’s alleged super light dry weight of 175kg. 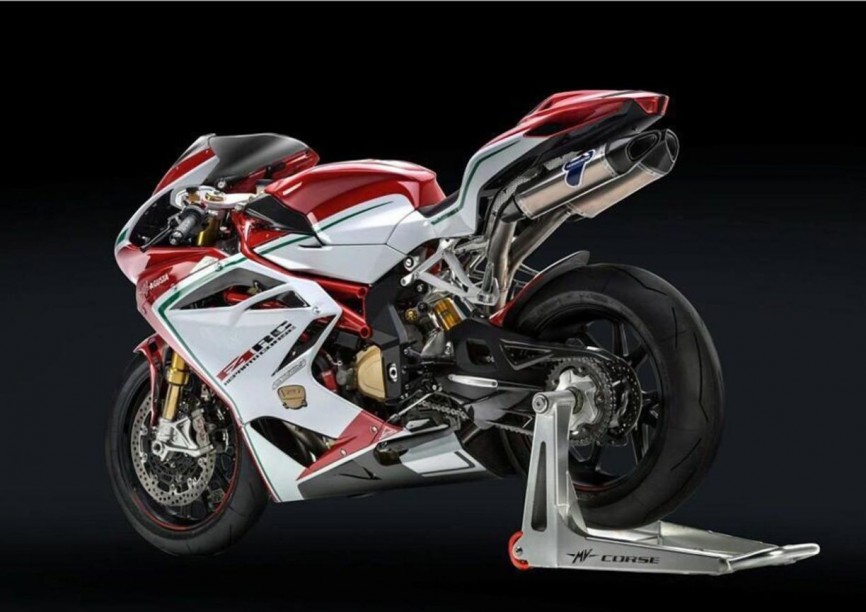 Besides that, the leaked images also reveal several other details. Besides Termignoni’s provision of an exhaust system, Brembo has provided the brakes fitted on F4 RC, whilst Ohlins have been pressed for the superbike’s suspension.

Rumors suggest that the MV Agusta F4 RC is generously equipped with lightweight components such as titanium bolts, plus pieces made from magnesium and carbon fibre, all working in conjunction to keep weight at its minimum.

Sources say that MV Augsta will disclose details officially sometime within the month. More images and details of the F4 RC are expected then.