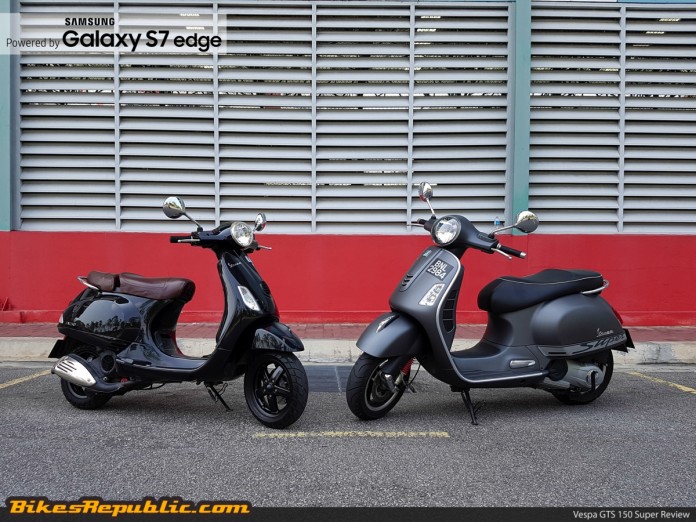 Read how Vespa began and how it became one of the world’s most celebrated motorcycle marques ever. 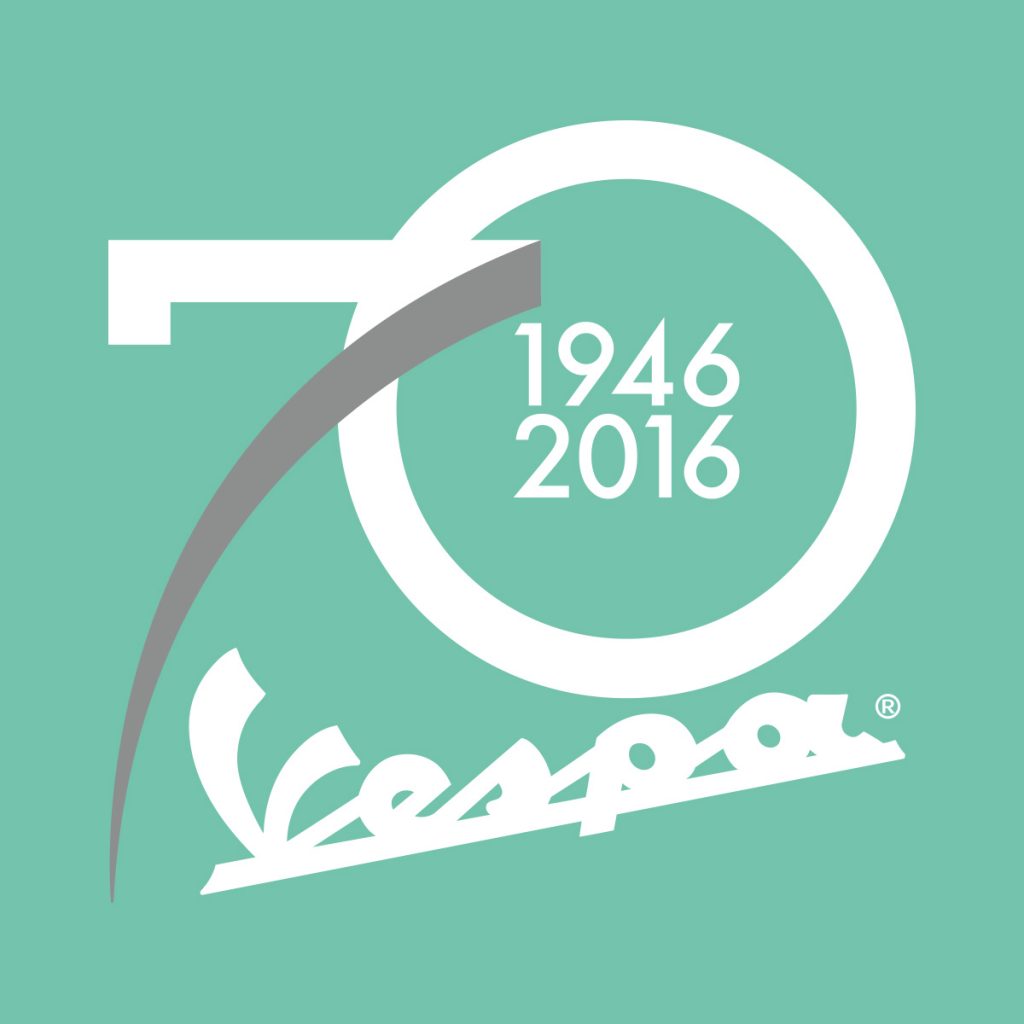 In light of this milestone, we take a look into its long history of success, early designs, first model, popularity and development.

Early Beginnings
Enrico Piaggio, the son of Piaggio’s founder, Rinaldo Piaggio, first established the Vespa brand in 1946. Based in Pontedera, Italy, the idea came when Enrico left Piaggio’s aeronautical field after World War II to address Italy’s dire need for a modern and affordable mode of transportation. The idea was to design a vehicle for the masses that everyone can afford to own.

This early design also included handlebar-mounted controls, forced air-cooling, small wheels, and a tall central section that had to be straddled. Officially known as the MP5 (Moto Piaggio no. 5), it was soon nicknamed “Paperino” which meant duckling, gosling or Donald Duck in Italian.

Initially, the MP5 design was not well received by Piaggio, prompting Enrico to seek assistance from Corradino D’Ascanio, an aeronautical engineer, to restyle the MP5. Ironically, D’Ascanio HATED motorcycles.

Nevertheless, D’Ascanio went on to make the major design changes that ultimately led to iconic shape we’ve associated Vespa-branded scooters with until this very day, the MP6.

With the engine mounted beside the rear wheel that was driven directly from the transmission, the MP6 also featured a spar frame unit with stress-bearing steel outer panels that allowed the prototype to incorporate a step-through design unlike its MP5 Paperino predecessor.

Ever wondered how Vespa got its name? The very first time Enrico Piaggio laid his eyes on the MP6, he yelled “Sembra una vespa!” which meant “It resembles a wasp!”

With a thicker rear part connected to the front part by a narrow waist and steering rod that resembled the antennae of a ‘wasp’, the Vespa image, name and design soon printed itself into history.

The first Vespa production model
In April 1946, Enrico Piaggio filed his patent for what he described as a “motorcycle of a rational complexity of organs and elements combined with a frame with mudguards and a casing covering the whole mechanical part”.

Piaggio introduced the Vespa 98, the first Vespa production model, as this amazing new, functional, innovative and affordable mode of transportation to the public that went into production shortly after its debut. 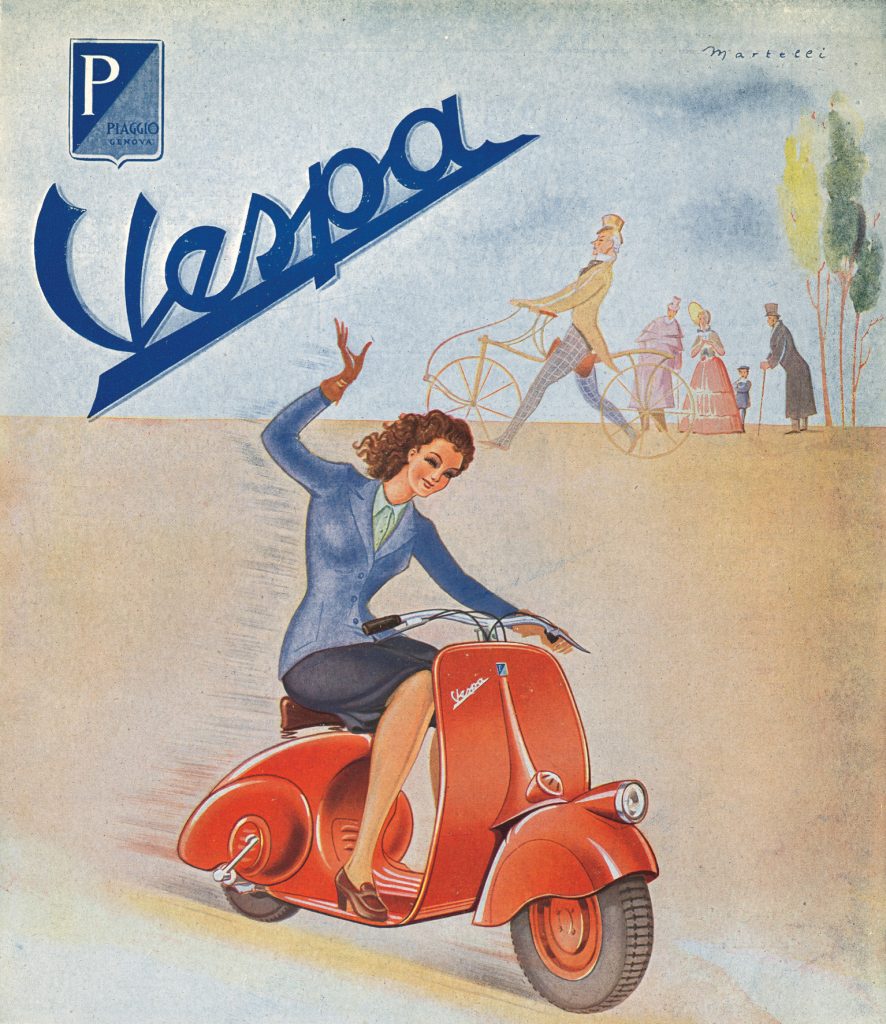 Highlights of this genesis model include its front protection ‘shield’ that was formed out of a flat piece of aero metal that we all know and love, small 8-inch wheels, compact design and of course the 98cc two-stroke engine that drives the rear wheel directly through a three-speed transmission. 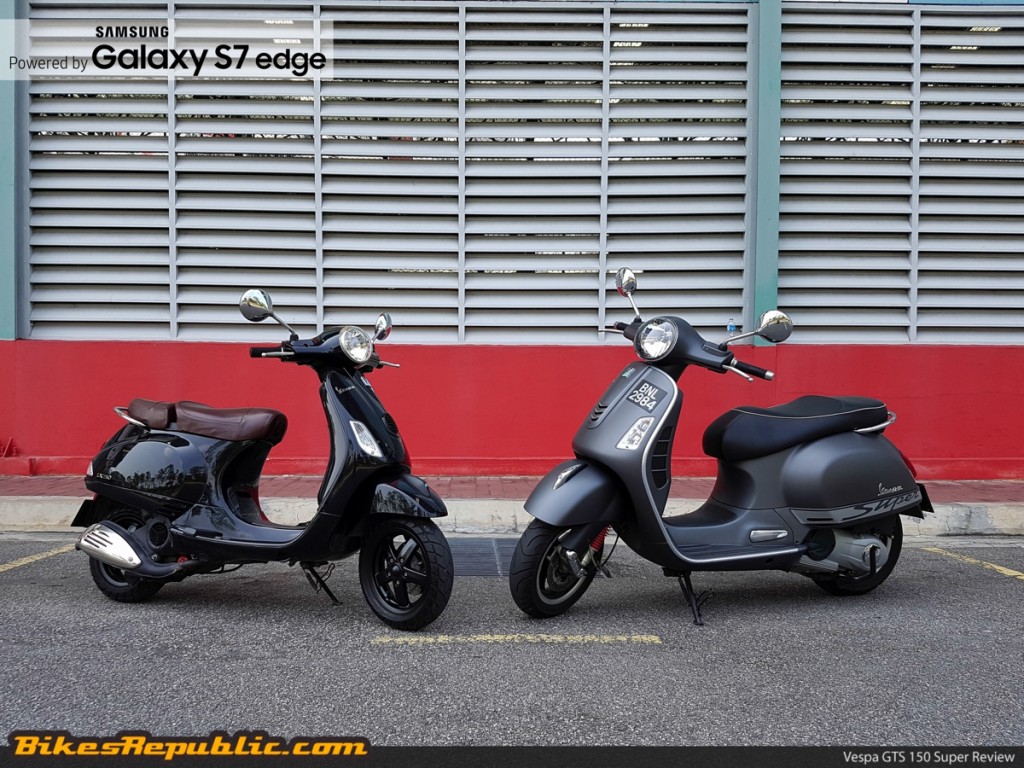 With its aeronautics-influenced design and monocoque construction, the scooter was an instant hit and gained popularity with the media and general public. Notably,much of that aviation-driven styling remains alive in the brand’s models today as well.

Vespa’s biggest success however came in 1952 when renowned British actress and fashion icon Audrey Hepburn side-saddled herself with Gregory Peck on a Vespa in the feature film “Roman Holiday”.

Sales quickly took off like wildfire, resulting in over 100,000 units. Fuelling this too were the likes of legendary Hollywood actors such as John Wayne, Marlon Brando and Dean Martin were seen riding their own Vespas.

Just like that, The Vespa became a global phenomenon! It become a symbol of freedom and imagination and by the 1950s, Vespa was being manufactured all over the world. 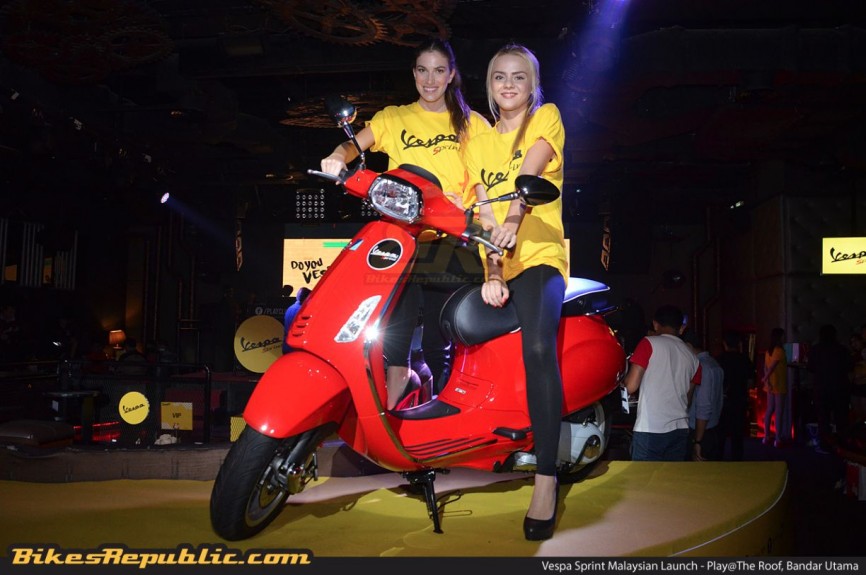 The right question to ask yourselves now is “Do you Vespa?” Stay tuned to BikesRepublic this week for more things Vespa!