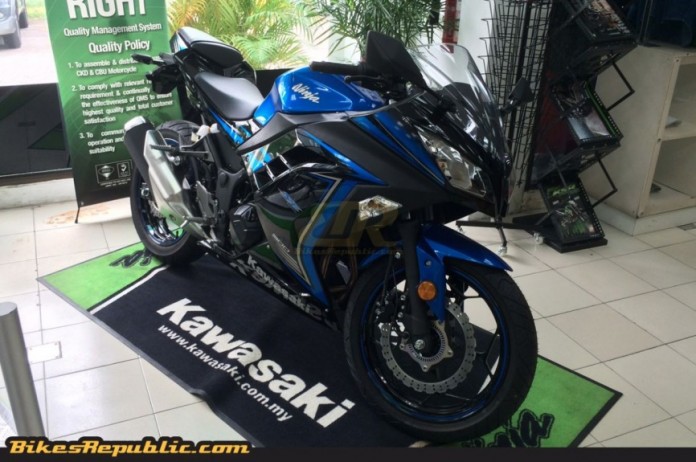 Following a initial lead sent to our sister site MotoMalaya.net, it appears Kawasaki Motors (Malaysia) Sdn Bhd (KMMSB) are indeed in the midst of readying itself to expand its line up. 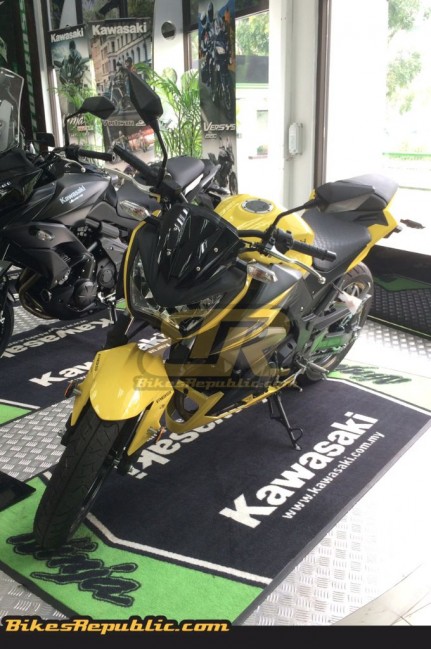 We did some snooping around and true enough, both the Kawasaki Ninja 300 and Z 300 were found on display in KMMSB’s corporate headquarters located in Glenmarie, Shah Alam. Upon our first sighting, we also managed to gain a scoop on the bike’s planned selling prices set by the Japanese green brand’s Malaysian arm.

The firm look set to begin selling the sport-bodied Ninja 300 at RM26,989 after GST. Its naked brethren the Z 300, on the other hand, will be priced RM1,000 lower at RM25,989 after GST. Though KMMSB has not officially announced anything, everything looks set for its introduction fairly soon.

As you may know, Malaysians have long fared with the 250cc-powered Kawasaki Ninja 250 entry-level sport and Z 250 naked, which share the same 249cc parallel-twin heart. Whilst the 250cc models were developed for entry in such markets like our where the licensing laws favours such capacity, the larger 300cc version we spotted here were originally intended for other markets that did not have such restrictions.

We reckon that the popularity of larger 300cc bikes such as the rivalling KTM 390 Duke and RC 390 have proven that there is demand for bikes of such capacity, despite the unfavourable licensing laws. Soon, the 300cc models we spied here will join its 250cc parallel-twin and 250cc single-cylinder ‘SL’ siblings here in Malaysia.

We will have more as soon as KMMSB makes an official announcement. In the meantime, you can check out more details in the scanned pamphlets we obtained below. (PS, excuse the grainy photos as they were taken in haste using an iPhone 5S!)